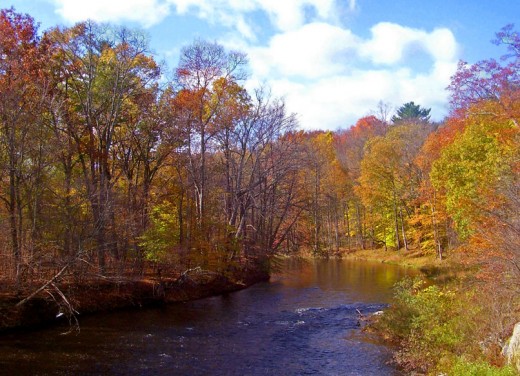 Fall in the Shawangunks is peaking.

The hard truth, city dwellers, is that we’re running out of picturesque autumnal weekends up here, bursting with the changing colors of our rolling deciduous river valley landscape. It’s getting colder. There isn’t much time left to peep the leaves and pick apples and enjoy the evening light before the  beauty and stillness of winter sets in. Before that happens, you need to find yourself a Hudson Valley B&B, plan your escape, get on the Thruway — or the train, or the bus — and point north.

This week I was on the lookout for some of the region’s more interesting-looking B&Bs. Read on for my seven picks. 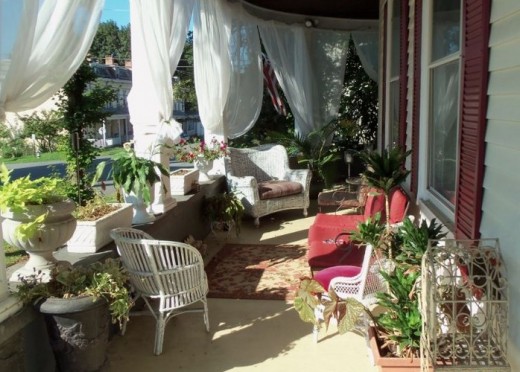 I just love old Hudson River Victorians… the big painted beauties with their wraparound porches and bold attitudes. Bel’s Inn, located on Kingston’s historic waterfront, was built in 1856 and is within short walking distance to the neighborhood’s antiques, restaurants, the best wine shop in town, a fantastic new coffee shop, and the Rondout Creek marinas. This destination — while it’s not exactly bucolic (you’ll have to drive a little bit to get to the real country) — is also super convenient to the rest of Kingston’s wiles and charms (stop in at the Stockade Tavern uptown for a little bit of both while you’re here and you won’t be sorry). 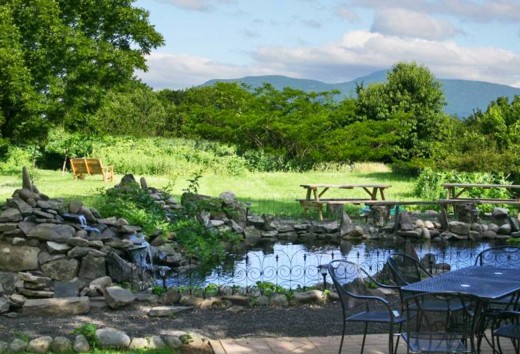 “Surround yourself with nature, get a taste of life in the country, even if just for the weekend…” Ahh, there it is. A taste of life in the country. While it does provide very quick access to the Catskills (and has a breathtaking view of them), the Smythe House is located outside of the village of Saugerties and is owned and operated by David and Justine Smythe, who also live in a ground-level apartment of the house. He a 25-year professional chef and instructor at the Culinary Institute of America, she a CIA-trained chef herself (as well as experienced herbalist)… I’m betting they make an amazing breakfast.

The Woodbine Inn – Palenville, at the border of Greene and Ulster Counties (GMAP) 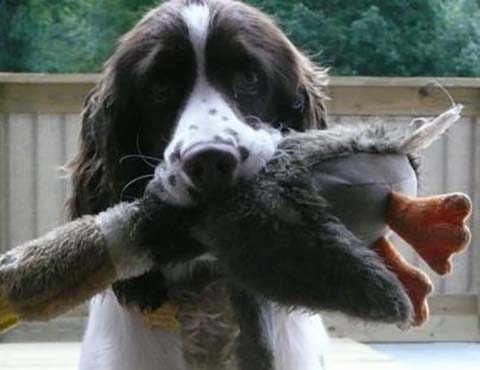 The amenity that tugged my heartstrings at the Woodbine Inn has very little to do with the space itself — which is more than lovely. No, they had me at Levon. He is the Inn’s canine resident, an English Springer Spaniel named for Woodstock’s legendary Levon Helm, and he wants you to bring your well-behaved city dogs up to hang out with him (for an additional $20 fee). As for the inn, the locals say the owner of long ago still polished glasses and wiped down tables decades after his demise, and that the piano still played tunes — all by itself — long after the old speakeasy’s jazzmen were gone. Yes, while the current proprietors promise the rooms are not haunted (any longer?), it is the perfect weekend for accommodations with ghost stories… 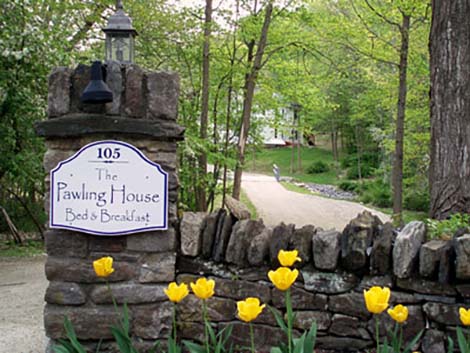 The Pawling House Bed & Breakfast was built in the 1860s as a residence for a very distinguished Pawling’s family and has quite a history. “Near this spot lived Mehitable Wing, the Heroine of Quaker Hill” reads historical signage on the property. Well, I’m certainly intrigued. The inn was fully renovated as a B&B in 2007 and offers five guest rooms named in honor of the individuals and families woven throughout that history: the Mehitable Wing Room, the Sybil Kane Room, the Merwin Room… and within a 10-minute walk to the Village of Pawling. And if a wine-country weekend tickles your fancy, this destination is right along the Dutchess County Wine Trail. 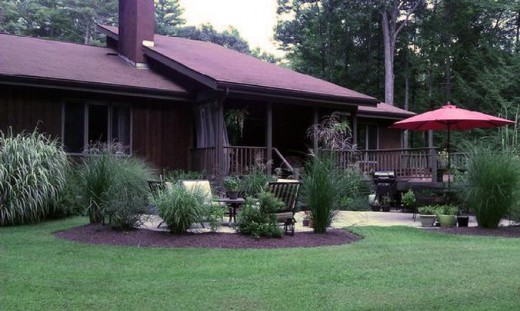 A more contemporary — and active — getaway.

So… just what is an “active retreat”? Here’s a clue: Mike and Petra Trunkes, the Hungry Ghost Guest House’s proprietors, are really really into running (he is in fact an elite master’s distance runner), hiking, swimming, biking, kayaking and skiing, and their establishment is perfectly positioned for all of the above. And Runners’ World named it a top U.S. B&B for running getaways, if that’s your thing. Another point of intrigue: breakfast is always vegan, usually gluten-free, and can be adjusted for raw foodies. I wouldn’t categorize this one as a “quaint country B&B” (it’s not an historic sprawling manor, or a big, boastful Victorian), but outdoors adventurers ought to take note. This could be the spot for you. 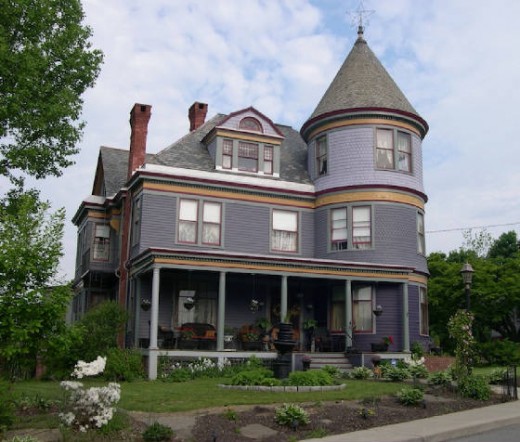 Speaking of painted beauties, the Botsford Briar B&B in Beacon — a beautifully restored Queen Anne Victorian built around 1889 — is Beacon’s first bed and breakfast… and I love Beacon. I was a little disappointed to discover that the breakfast part of B&B does not include a hot entree but a continental offering of coffee, tea, juice, assorted breads and fruit. But check out that turret! Thankfully, what you might miss at the Botsford Briar is made up for in what Beacon has to offer within walking distance — restaurants and cafés, antiques, art galleries, Dia:Beacon. Have you been to Dia:Beacon? You must. 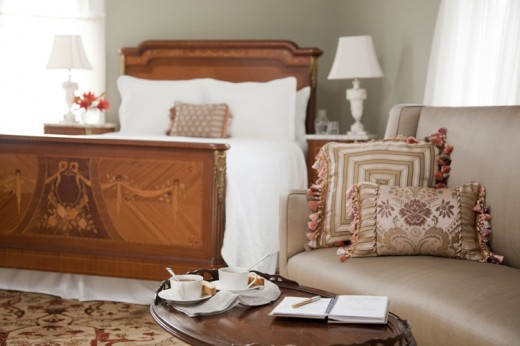 The Deer Run room at Mount Merino Manor in Hudson, by Jumping Rocks.

The Mount Merino Manor in Hudson is uber classy. It’s next door to the Olana State Historic Site and just down the road from Hudson’s scene. And it’s had mentions in Vogue, The New York Times, Harper’s Bazaar, and New York Magazine. Yes, it’s luxe. Say proprietors Rita and Patrick Bermingham of their estate, “Clean lines, good bones, seven fireplaces, crazy views of the mountains, the river, the Rip Van Winkle Bridge, what’s not to love?” I agree. I’m calling dibs on Rip’s Room, so named for its view of the bridge but also, supposedly, as a testament to the quality and depth of sleep guests achieve in it.

I’ve always wanted to indulge in a weekend at a charming, old-world country bed & breakfast. I love the idea. But I have to confess, I’ve never spent the night in one. Then again, I call a quaint Victorian house in the Hudson Valley my home. All it’s missing is a CIA-trained chef to cook my breakfast. Let me know how your weekend away turns out…

For more than a decade, Teal has lived and worked in New York’s Hudson Valley as a designer, developer, writer and creative producer. Since moving to the region in 1999, she's made her home in an old repurposed train station, a renovated uptown apartment, a quaint country cottage, a downtown hillside Gambrel-roofed abode with a lot of character, and a corner-lot Victorian with stained-glass bay windows, one of which was installed upside-down. There is nowhere she would rather be than right here.