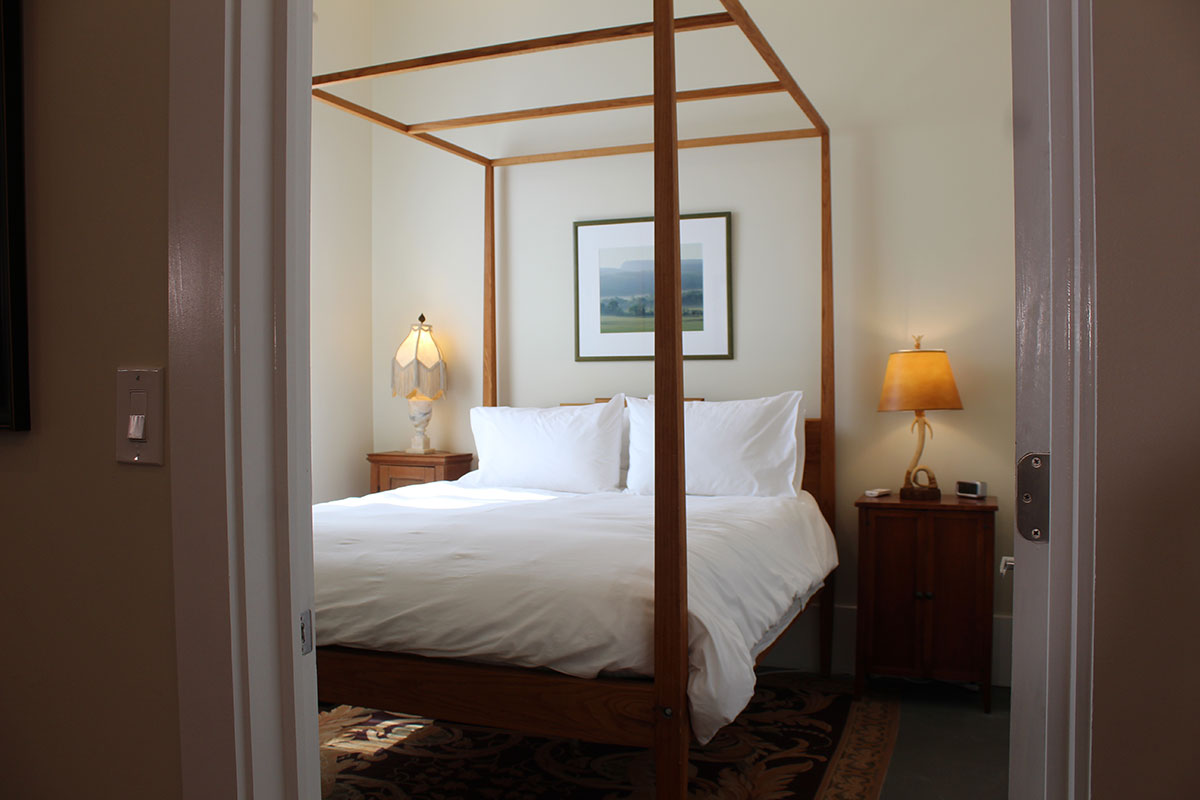 In the heart of the Village of Ellenville at 81 North Main Street sits a handsome brick building with dovetailed sandstone corners and an arched doorway, which once housed the Ellenville Telephone Company. After the company went out of business, the c.1929 building was home to the village town hall for several years before passing into private hands. Now, the historic edifice resumes its role as a gathering place for the community as the new boutique inn 81 North.

In the years leading up to their purchase of the building, Richard and Cheryl Travers had adopted a winter ritual. On Saturday afternoons, they’d leave their 40-acre estate in Accord and head down 209 to Ellenville to eat and play dominoes at the Italian eatery Tony & Nick’s. They passed the old telephone building on the drive each time, increasingly taking note of its beauty, until one day they mentioned their interest to Tony & Nick’s proprietor Eric Cafero, who turned out to know the owner. The Travers’ had planned to sell their estate in exchange for something smaller that required less maintenance, and in 2016, they did so after Cafero connected them with the owner of the establishment. 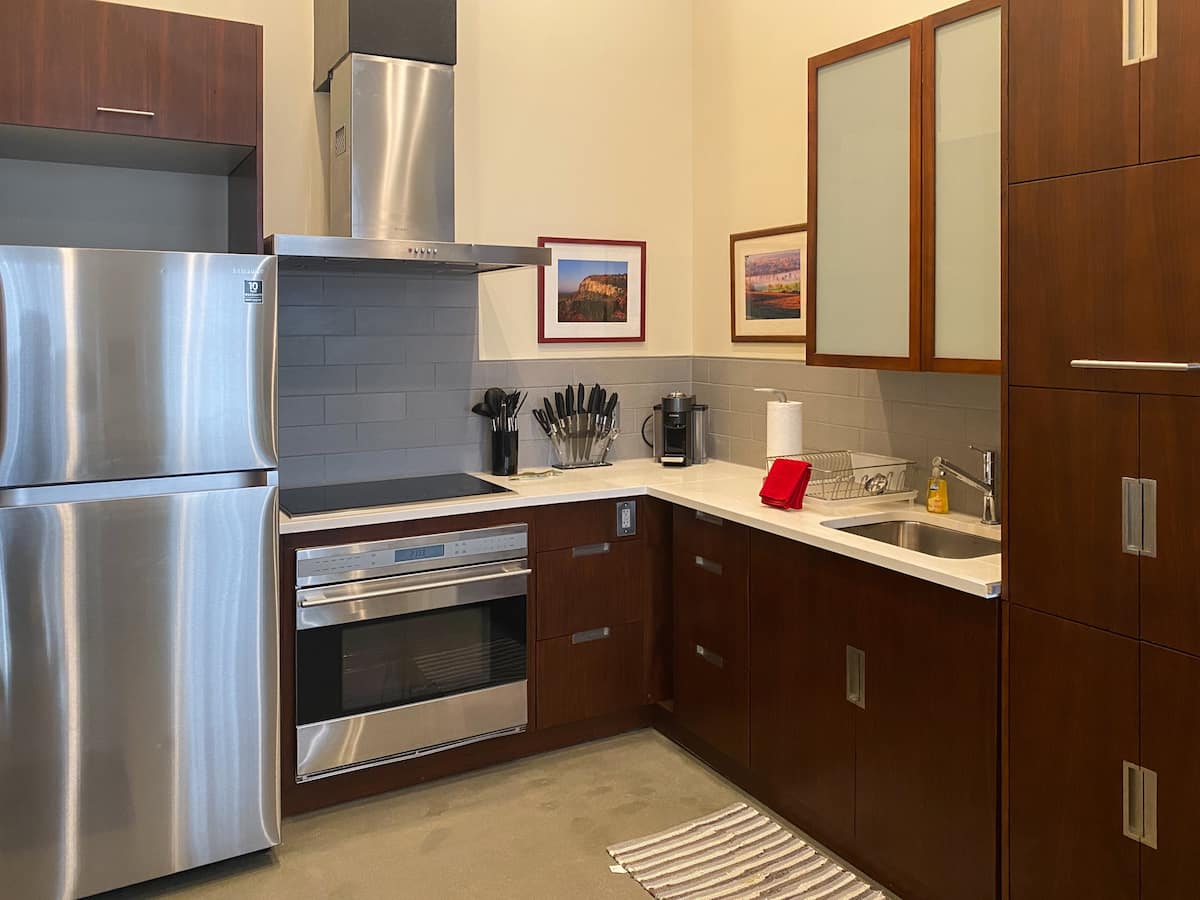 The new lodging, so named for its address on North Main Street, inhabits a building central to Ellenville’s history. Richard has met women from the local gardening club that worked at the Ellenville Telephone Company as domestic and international telephone operators. The luxury boutique inn they are creating is a rare find on this end of the Rondout Valley and the first one established in Ellenville since the town’s first building was finished in 1789. “This is a totally new phase for us, but not one that’s terribly overwhelming in the sense that we know what we’re doing,” says Richard. “We’re going about it in a slow enough manner that we haven’t made any disastrous mistakes.”

The Travers’ originally bought the 81 North building intending to operate an antique store on the first floor, while making themselves at home in one of the apartments on the second floor and renting out the remaining units through Airbnb. After COVID-19 forced them to close their antique store, they decided to turn the entire building into an inn. Since December, they’ve been renting two self-catering suites on the second floor, and are in the midst of further renovations in what they dub “phase two” of the inn. 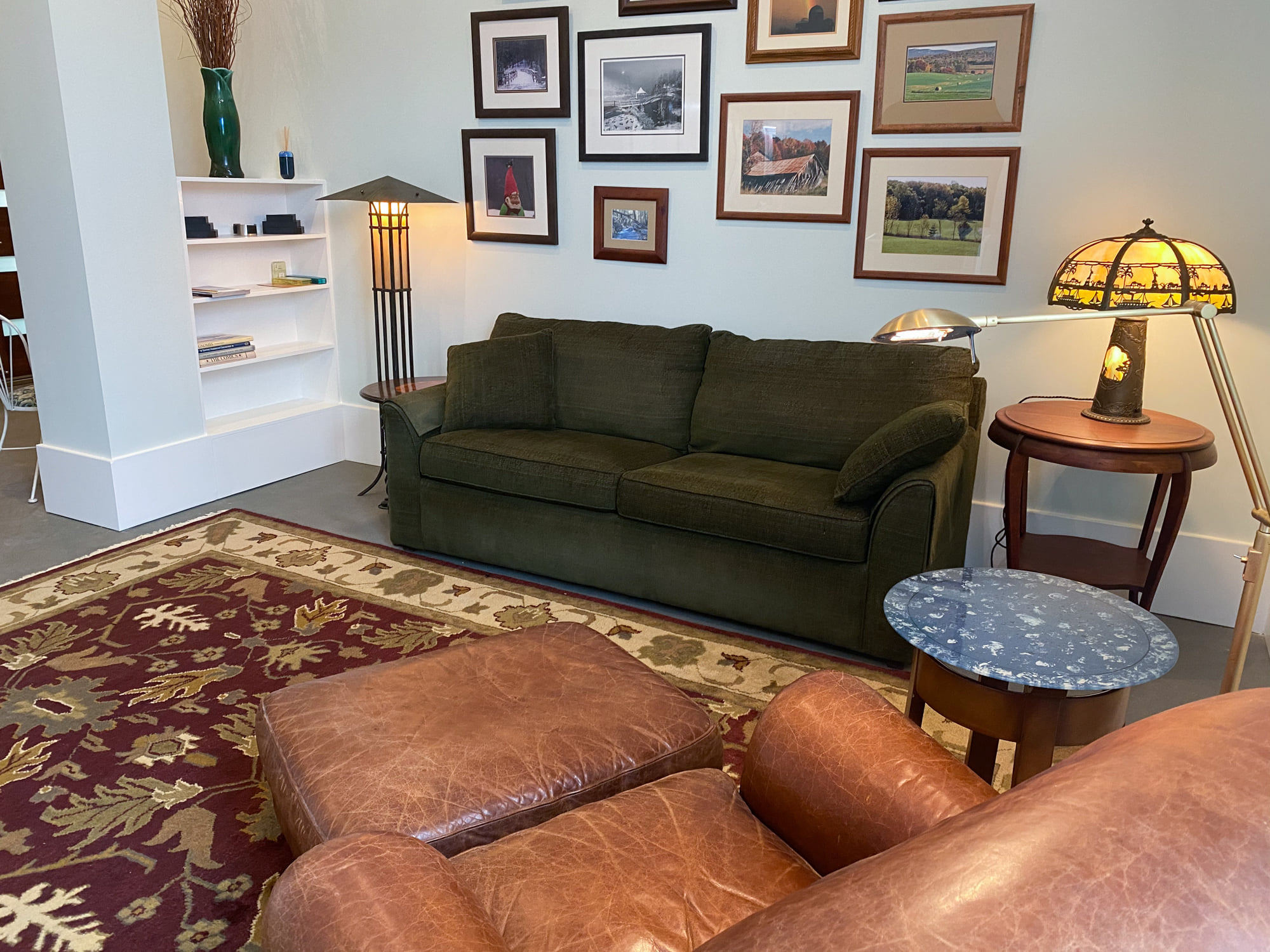 The first floor, which now just includes the entrance and the reception, will become home to a “gathering room,” which Richard describes as “a combination of a library, a dining room, and a living room.” Included are reading chairs, a fireplace, and a bar serving small bites and drinks. Phase three will see the addition of three more guest rooms and one suite, bringing the total number of units up to seven. The three apartments offered to patrons are furnished with items that were once for sale at the antique store, as well as artwork from the Travers’ old property.

Inside, many of the original features and woodwork from over a century ago are still intact. 81 North boasts lofty 12-foot ceilings, seven-foot doors, and six-foot windows, from which guests can take in the views of the majestic Shawangunk Ridge. “Everything has been carried along to play into the height and grandeur of the building,” says Richard. “We’ve had multiple guests walk into the suites and say, ‘the pictures on the website do not do this justice.’”

The two suites currently available, both one-bedrooms, incorporate artworks depicting regional scenery as well as period pieces. One is awash in rich maroons and golds, with a four-poster queen bed, and the other is done in blues and greens reminiscent of the surrounding mountains. Though they have no formal experience in real estate or hospitality––Richard’s background is in insurance––the Travers entertained various friends at their estate for 30 years. “This is just an extension of that,” Richard says of 81 North, “simply with people that we haven’t met yet.”

81 North is situated at the center of Ellenville, allowing guests to make the most of the town. Guests have the option of borrowing bikes, though all the village’s restaurants, like Gaby’s, Aroma Thyme, and Sook House, are within walking distance, as is the Shadowland Stages theater. You’ll need a car to get up to Sam’s Point and the other nearby hikes, which are well worth the trip. But one of Ellenville’s most interesting features—its hang gliding community–can be seen from the ground. 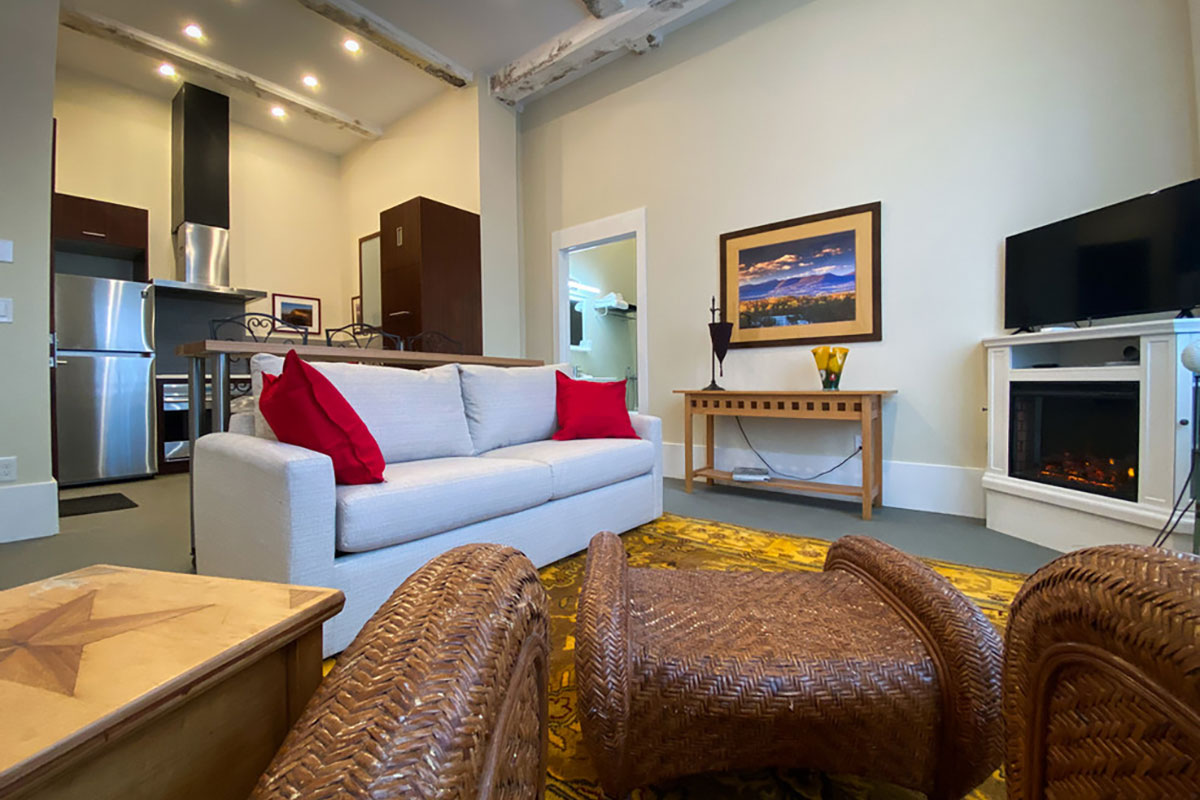