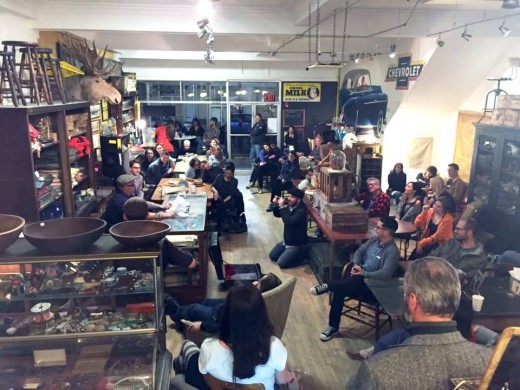 There’s an art auction at my beloved outdated café this weekend that you should go to. It’s on Saturday at 6:30, and there will be free Lagunitas beer (there’s a preview of auction items on Friday night, too). All proceeds will benefit the eclectic O+ Festival, which is a lot of things, but mostly it’s a music and art festival that takes place in Kingston every October (and now in Petaluma, CA, and Chicago, and soon, I imagine, in other cities across the country during the course of the year). Maybe you’ve read about it. It’s a big deal up here, and every October it becomes a bigger deal in the best possible way.

The festival recruits health care professionals from the community to offer their services pro bono to those artists and musicians who participate in the festival. It’s a unique, important idea, because no one joins a rock band for the health care.

So the auction on Saturday supports this festival, which has already helped hundreds of artists and musicians find healthcare, and for that reason alone, you should go and support it.

But I, personally, don’t go to events just to support the arts. I used to, but then I had kids and one day they had a meeting and decided to ruin my social life. They also decided to make me fat and lethargic and to cover all of my shirts in yogurt, but that’s neither here nor there.

I go to events because they’re going to be so good, that passing them up simply isn’t an option. This is one of those.

I’ve been to three nighttime events at outdated, which usually closes promptly at 5-ish. All three of the events seemed to be magically well-attended (where did everyone hear about these events? I don’t know. I sit in there all day every day and I didn’t know anything about a couple of them until the day they happened, and the one I did know about I helped organize). The crowds are deeply involved and engaged and easy-going and happy.

Outdated events are cozy but electric. They are the kind of events that you leave feeling charged-up and motivated. That’s probably why people just show up.

An art auction supporting O+ Festival at outdated café brings together two relative newcomers to the scene that are quickly becoming Kingston institutions.

I’ll see you there!

P.S. Don’t bid on Theresa Drapkin’s piece or the signed vintage Catskills cat poster by Milton Glaser. Those are mine. 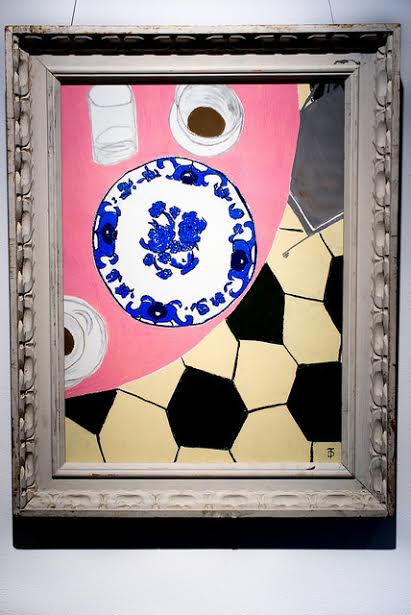