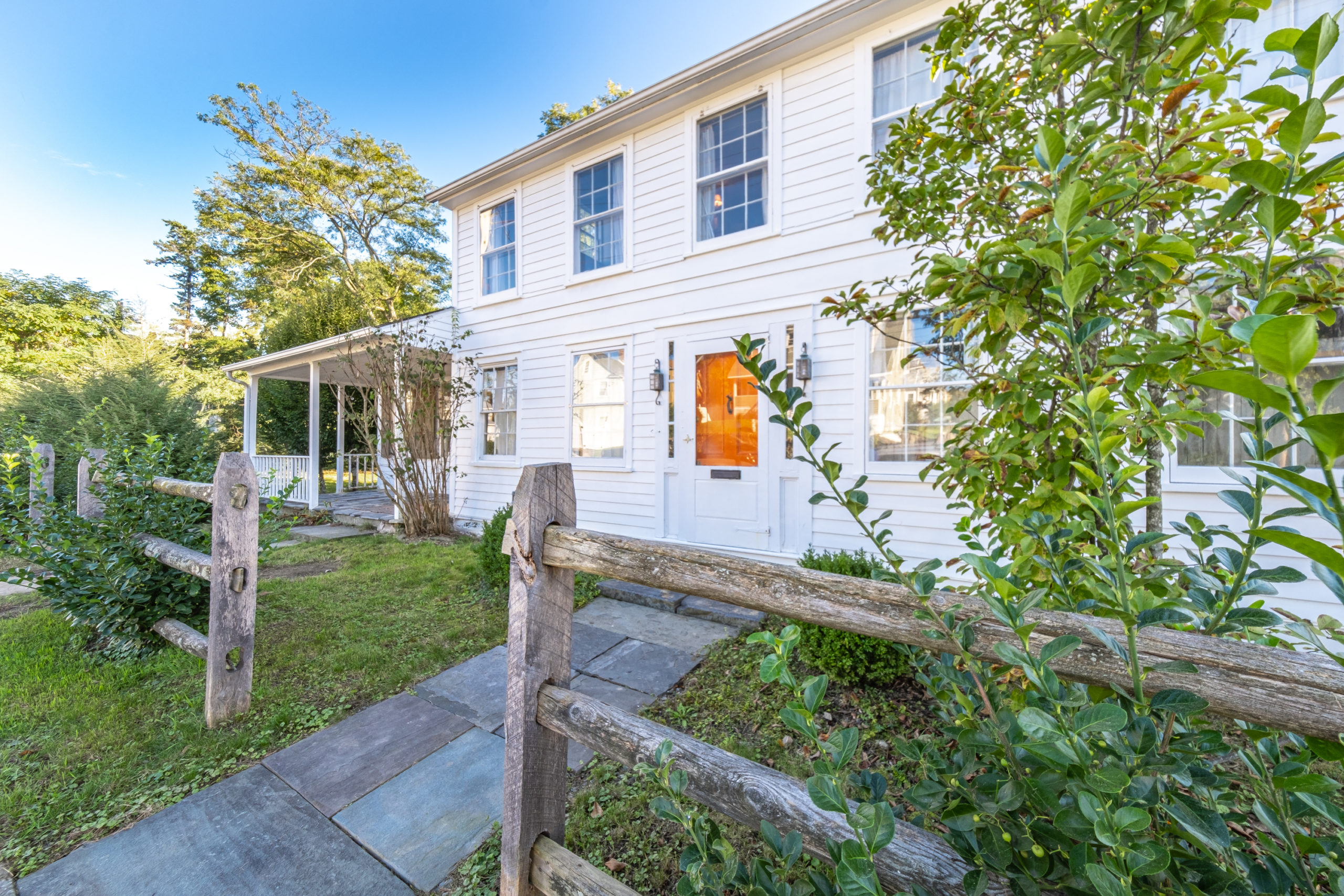 This circa 1810 homestead in the City of Newburgh was the seed that led to Hudson Valley House Parts, the popular shop for vintage salvage. After years of careful restoration, it’s ready for a lucky new owner.

Reggie Young and his partner Eric bought this three-bed, three-bath, 2,800-square-feet house six years ago, and were charmed by its age and location. 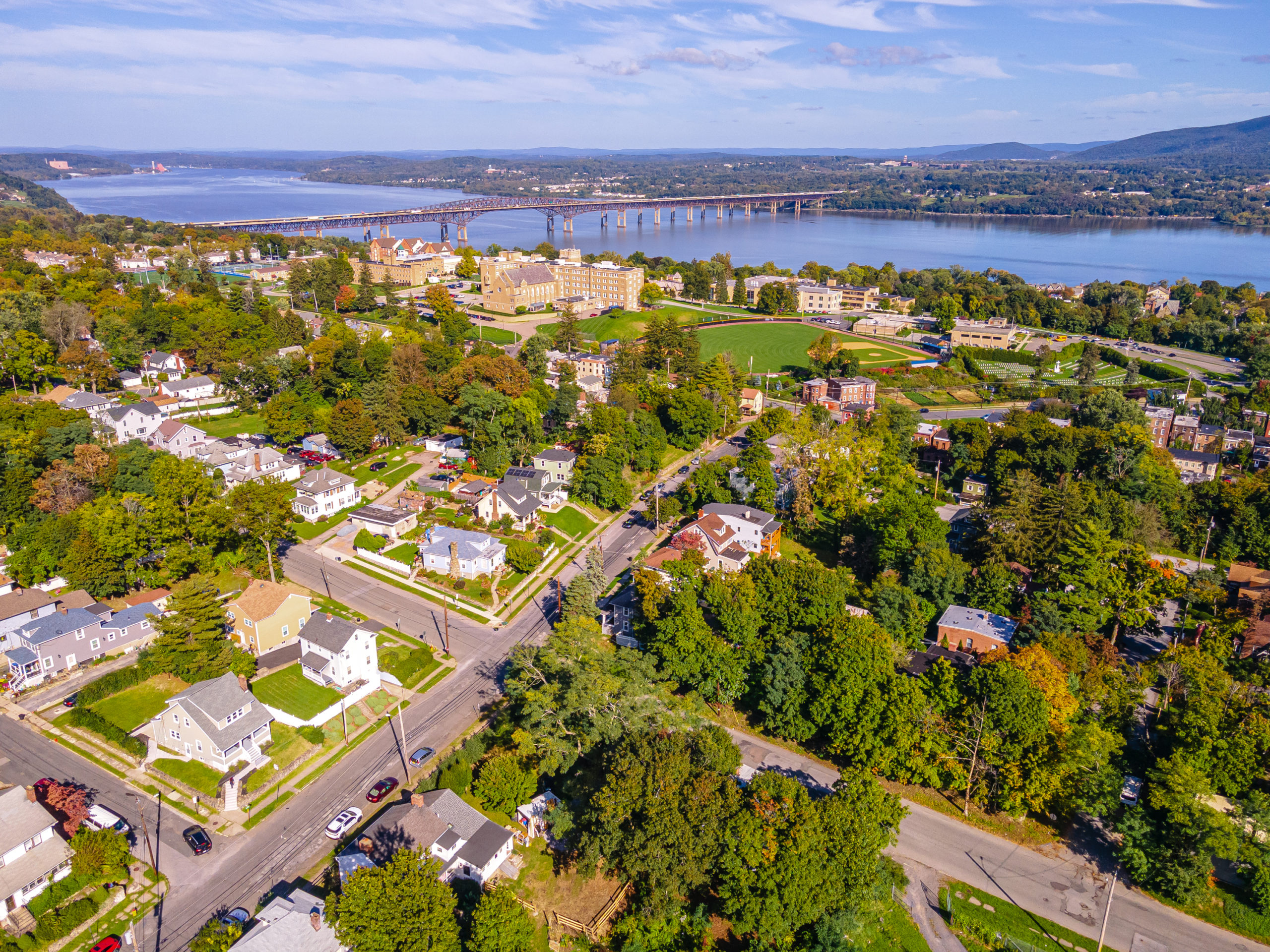 One thing led to another, and it quickly became a bigger and long-term restoration project. None of this should have been surprising, since Reggie has been doing restoration projects in the Hudson Valley and Brooklyn for several decades: Lead paint removal led to removing every window, stripping, re-glazing, and reinstalling them. Then the doors, trim, and staircases were stripped. As things were taken apart, including the bathrooms, it was time to rewire, replace the sills, insulate, re-plaster, re-plumb, and add HVAC. The new homeowner will reap all these benefits, and more. 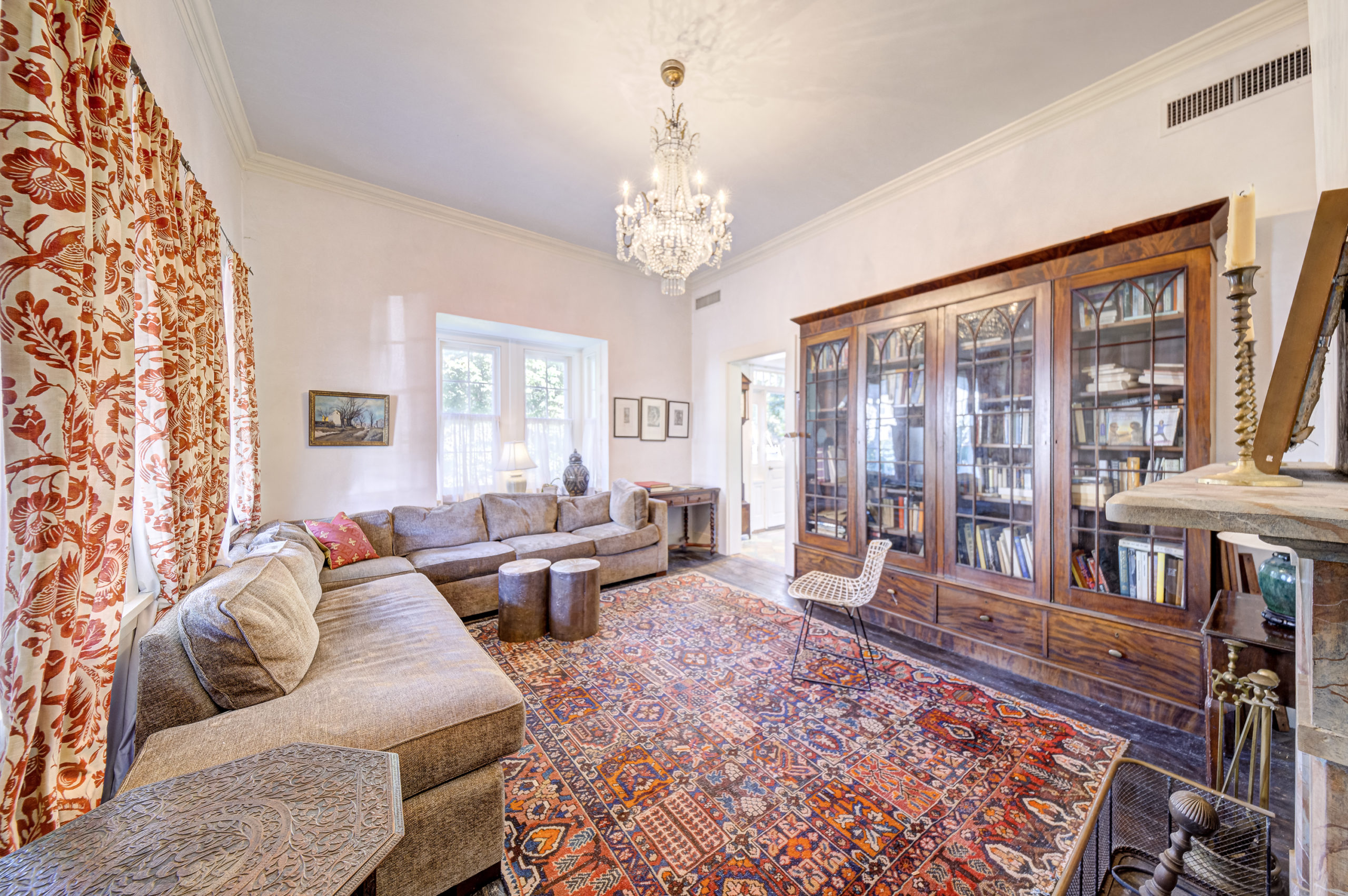 At the same time, Reggie was developing Hudson Valley House Parts, an emporium of fixtures salvaged from vintage homes. And 145 Gidney Avenue has benefited from that, with fixtures that include Barber Wilson, Lefroy Brooks, and Waterworks. The brick floor in the kitchen was handmade in Harrisburgh PA, the vintage Aga stove was found on the West Coast and shipped east, and the 18th-century windows boxed in mahogany were restored as casement windows with beautiful hardware. 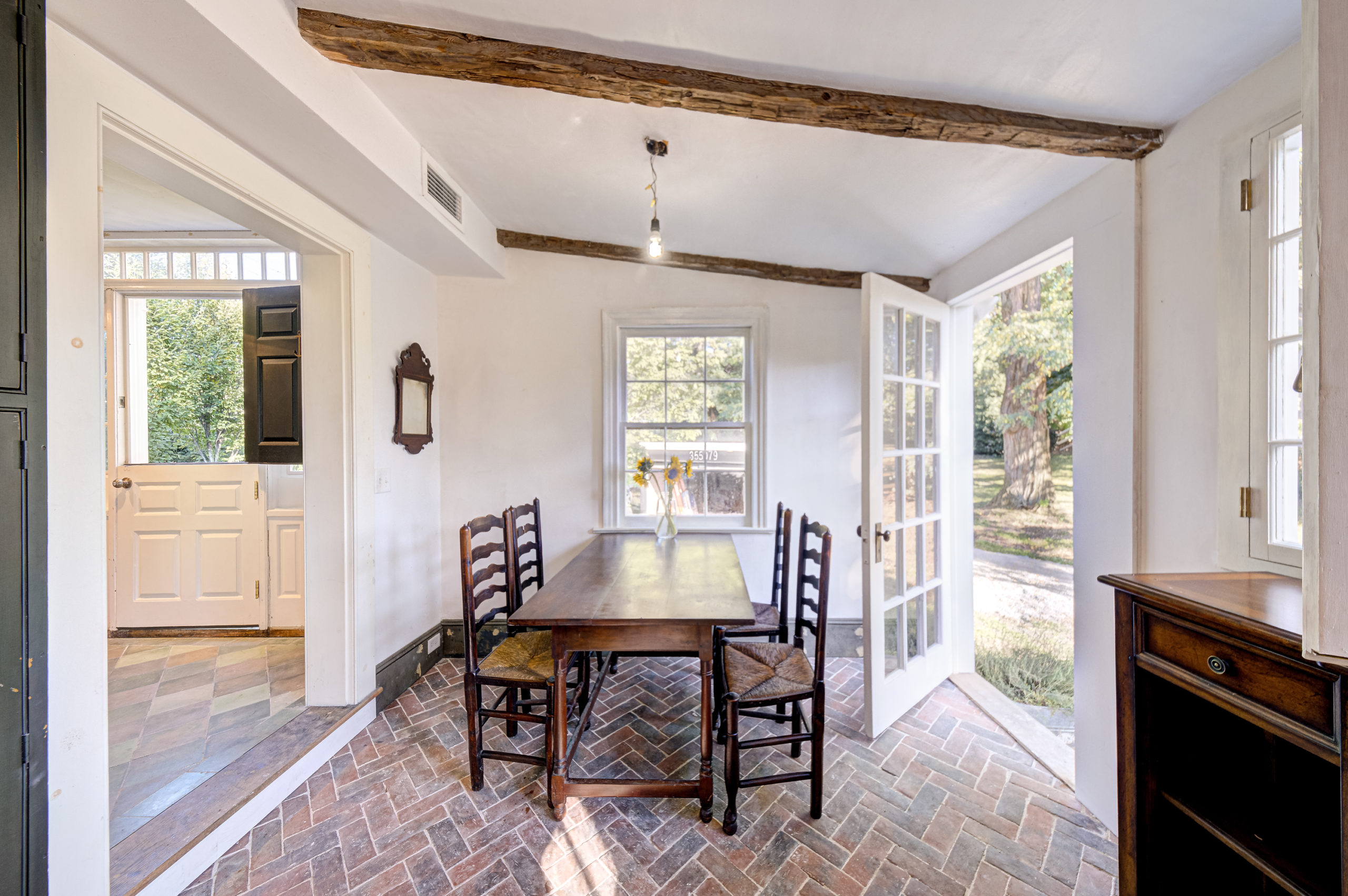 This lovingly restored, historic house sits beautifully on a corner, on property that—according to early maps—was the original farm which later became part of Downing Park and the Newburgh Urban Farm. 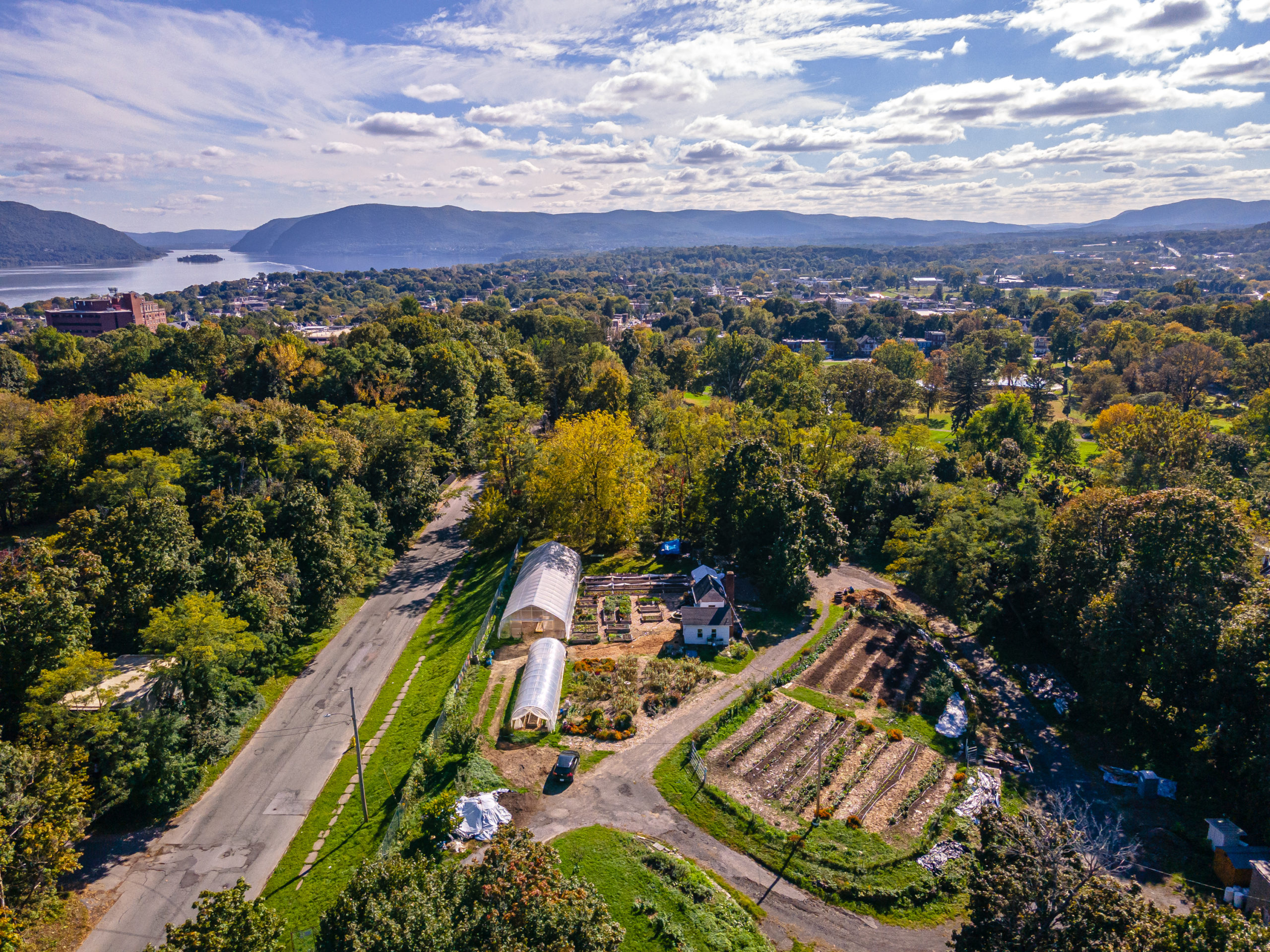 The extensive gardens and plantings have created an oasis of privacy and continue to lend a park-like setting to the atmosphere, maintaining a sense of country living in the city.

For more information on this historic home at 145 Gidney Avenue, fill out the form below.

Do you want to know more about this listing or others like it?