These days, summer in the Catskills means a bottle of cold, locally-crafted beer in one hand, smart phone Instagramming a food truck festival in the other. But back in the mid-twentieth century, summer in the Catskills meant a trip the the Borscht Belt resorts (like Kellerman’s, the fictional Catskills resort where the movie Dirty Dancing takes place), places that catered to the downstate Jewish population that headed up north to escape the grind of the city. One by one, the old resorts began to fold, but the legendary Kutsher’s Hotel and Country Club, located near Monticello in Sullivan County, remained open well into the 2000s. Not long after owner Helen Kutsher passed away, however, the hotel was demolished to make way for the march of progress. Documentarians Caroline Laskow and Ian Rosenberg chronicled Kutsher’s rise and fall in “Welcome to Kutsher’s: The Last Catskill Resort,”  a film that will be available on DVD, digital download, and on-demand streaming Tuesday, June 23. You can pre-order a copy here. Clocking in at just over an hour, “Welcome to Kutsher’s” is short on duration but promises to be long on nostalgia from those who lived it. We can’t wait to see. Meanwhile, slake your thirst for more of Kutsher’s by perusing Gothamist.com’s photo tour taken just before Kutsher’s demolition last year. 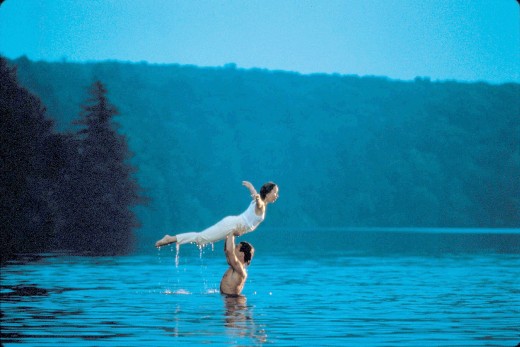 A scene from Dirty Dancing. Set in the Catksills but filmed in NC and VA.