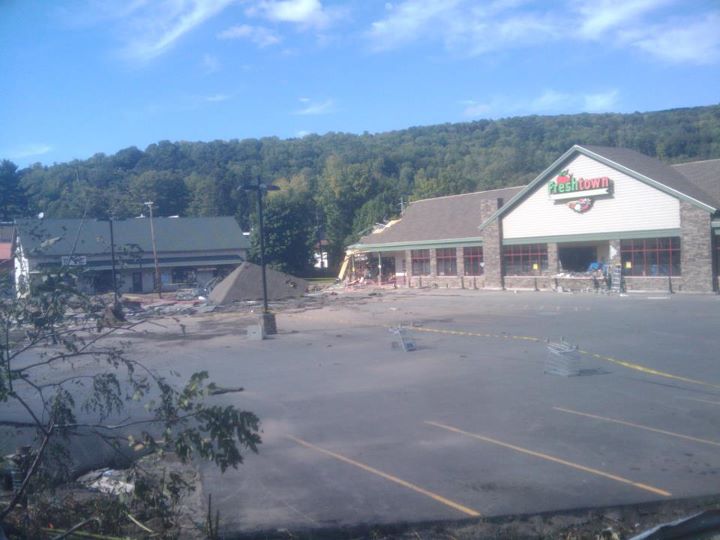 The NY Times asked an important question this weekend: should we rethink rebuilding in the very spots that Irene ravaged? After all, at least a little built of the destruction came from a human miscalculation about, or perhaps willful ignorance of, building on the flood plain. “Are there communities that simply can’t be protected adequately and should be relocated?” asked Assemblyman Kevin A. Cahill.

Cahill goes on to say that the communities with the strictest building codes tended to be the least damaged–a vote for big government, I guess, and that dirty word regulation. The decision has to be made based on what folks in the article term the “new normal”–the more severe weather patterns expected to continue due to climate change.

The town they focus on is Phoenicia, a favorite of ours for its sweet little inns, the great tubing, the beauty of the Esopus Creek…which is also it’s most potentially menacing aspect as well. And they mention poor Margaretville as well, where business owners are now second-guessing their choices.

“…the destruction left by the tropical storm has already begun to alter the mind-set of some business owners and homeowners. Last year, PSK Supermarkets, which operates a chain of Foodtown and Freshtown stores in New York State, spent millions of dollars to open a store in the Village of Margaretville, in Delaware County, about 20 miles west of Phoenicia.

Noah Katz, a co-president of the company, said he knew he was building on a flood plain and was aware of the damage that major storms had already inflicted on the village. But since a couple of 100-year floods had already occurred in the past 15 years, the likelihood of another such storm anytime soon seemed slim.

‘We thought we had a hundred years,’ he said.”