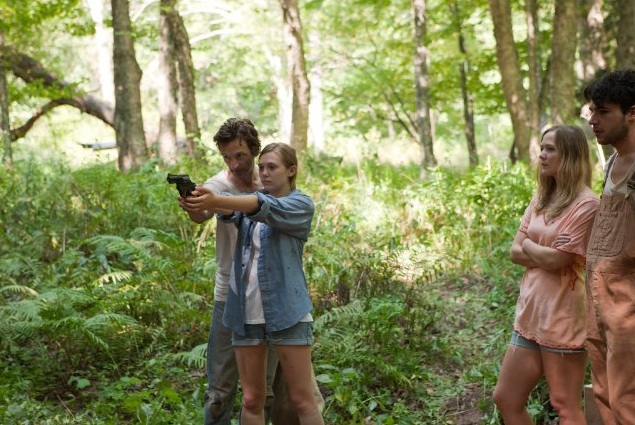 We’re sorry to put it like that, but we’ve just encountered our second cultural work in six months that profiles psychotics living in the Catskills. The first was Martha Marcy Mae Marlene, an indie film set on a Catskills farmstead lead by a charming, nefarious cult leader (played by John Hawkes, a great actor with a wonderful mug).

This weekend, some Upstater writers were downstate at an off-Broadway play, A Map of Virtue, which had a great review in the NYTimes and was easy on the wallet. It’s about, among other things, a Catskills couple who kidnaps a trio of city slickers and holds them hostage in a windowless room for, as far as we could make out, no reason at all. They’re only clue to where they are: the peak of Mt. Tremper.

And yesterday, there were hundreds of disparaging remarks about the Catskills, not because there are psychos hiding among the mountains, but as a critique of Billy Crystal’s Oscar-hosting schtick. “Crystal’s opening number is a real trip down memory lane–especially if that lane runs through the Catskills,” wrote the Wall Street Journal. And in the L.A. Times: “Last year everyone complained James Franco seemed stoned and that Anne Hathaway overcompensated, but at least it wasn’t reheated jokes that played better in the Catskills, where the last standing comedy clubs were likely recording this on Beta tape for posterity.”

“The funniest moment of last night’s almost tearfully boring Academy Awards had nothing to do with Billy Crystal‘s hosting duties, which were apparently ripped from a Catskills comedian back in the 70s,” wrote the NY Observer. (Never mind that the heyday was already over by the 70s).

So, the area is either home to complete schlock or people who’ll try to kill you. Makes us think none of these folks has been reading Upstater!