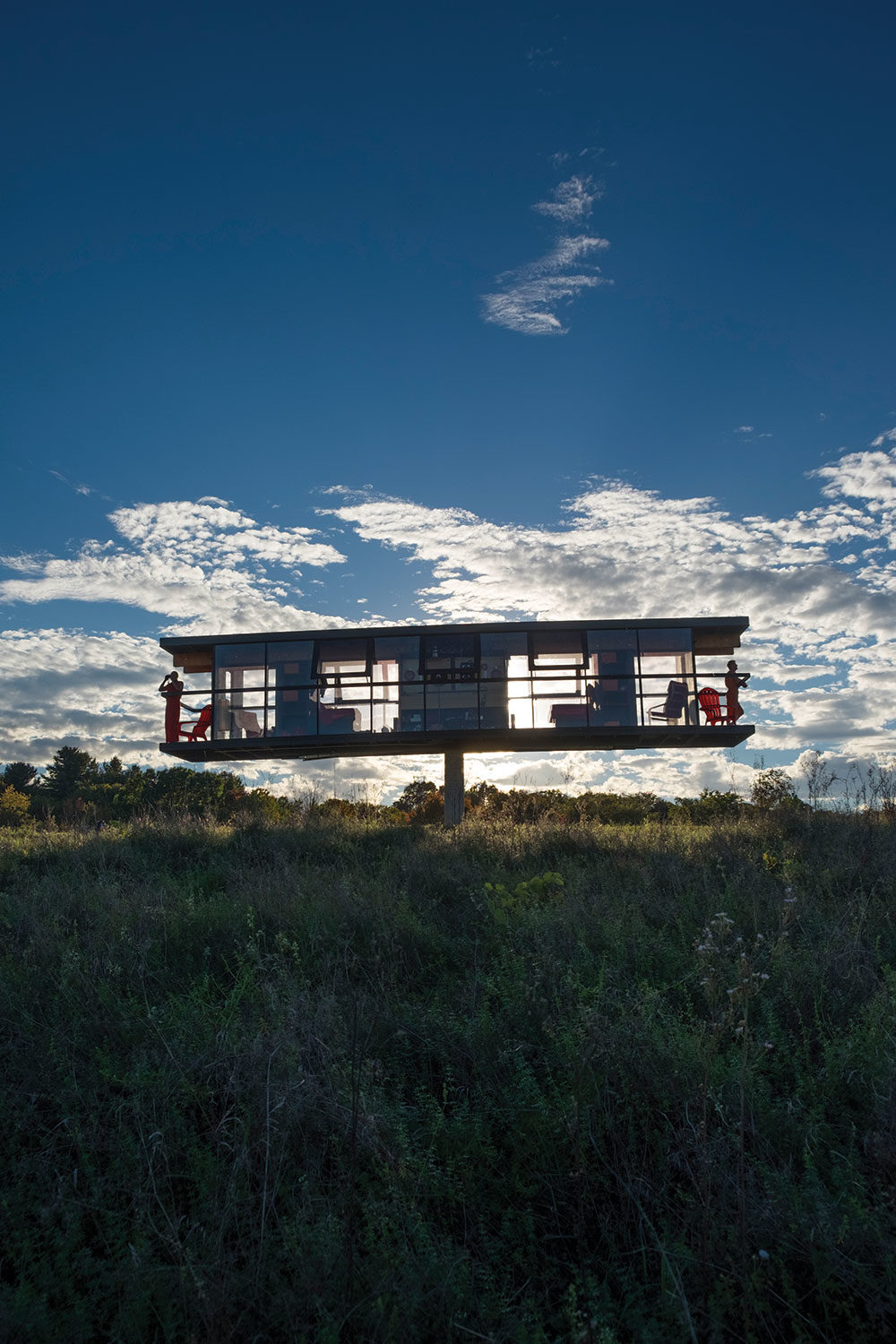 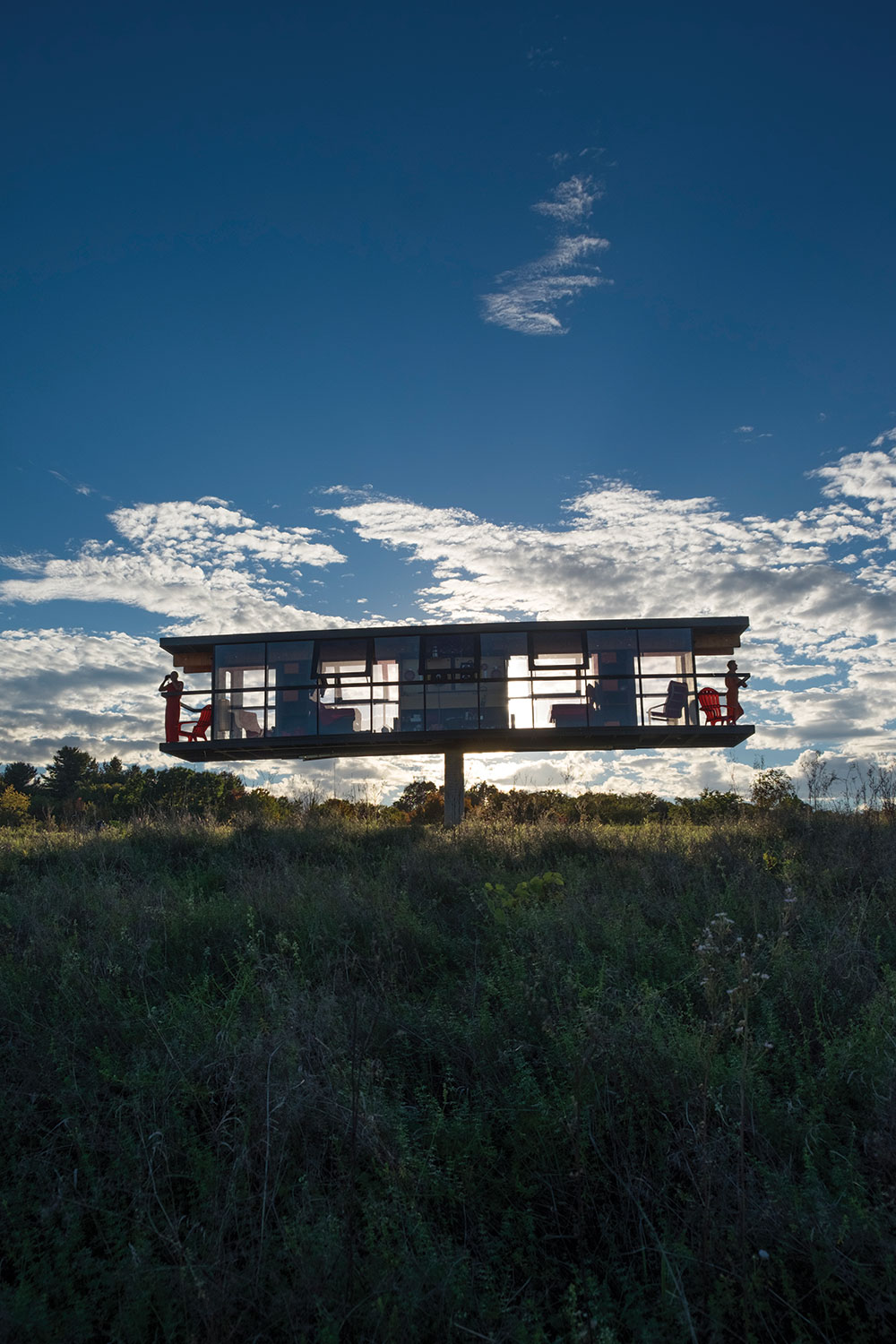 A small crowd gathered after being dropped off in a field by a rickety golf cart at Omi International Art Center in Ghent in early October. Two men were positioned about six inches above the heads of the group, in what looked like a windowed boxcar tottering on a cement beam. A few people commented on the man sleeping peacefully inside, in full view of the audience, a red blanket pulled up to his neck. He woke up and walked out onto the deck, yawning, dressed in a red jumpsuit. The other participant, a man wearing an orange jumpsuit, stood parallel to him on the structure’s opposite side. And the house slowly spun around on its concrete axis.

ReActor is a piece of performance architecture by Alex Schweder and Ward Shelley that explores connections between balance and privacy in social relationships. Schweder and Shelley met at the American Academy in Rome in 2005. They have collaborated on a variety of performance art pieces before, but ReActor was their first outdoor exhibition. It was on-site at Omi all summer, and the duo’s last residency for the season took place from October 6 to 10.

Schweder left the deck, moving inside to put away a pot as Shelley sat outside, talking to two women. The structure tipped down like a boat diving into a choppy wave when Schweder moved outside. Someone asked if they ever feel sick or scared inside the structure. What happens when it tips too far? Do they ever get bored? How much does it spin?

“This is not doing that much,” Shelley said. “I would say being on a Greyhound bus is a bit more of a trial.” His black-socked feet dangled lazily over the structure’s edge as ReActor kept on spinning in a circular motion.