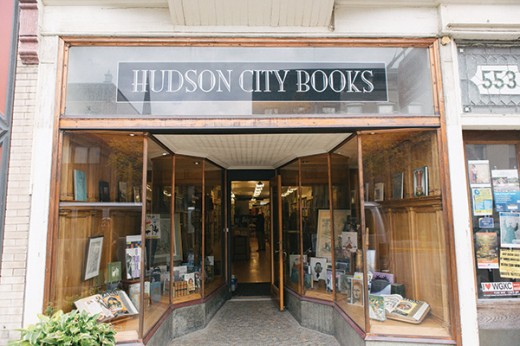 Editor’s note: In this month’s Chronogram, editor Brian Mahoney and photographer Thomas Smith took us on a walk down Warren Street in this Hudson exposé. It appears in full below.

When asked how the city of Hudson has changed since she first arrived in 1991, Linda Mussmann says, “People talk about real estate now and not as much about art. The gentry, to some degree, has landed.” Mussmann has run Time and Space Limited, a multidisciplinary art warehouse, with partner Claudia Bruce since 1993, planting the first artistic seeds of the latest wave or creative regeneration. Mussmann and Bruce created an environment for edgy art (political theater, independent films, and in-your-face exhibitions) and community resources for underprivileged kids that continues to this day. “The goal is to have the opportunity to work until we die,” Mussmann says. “We’re never finished.” 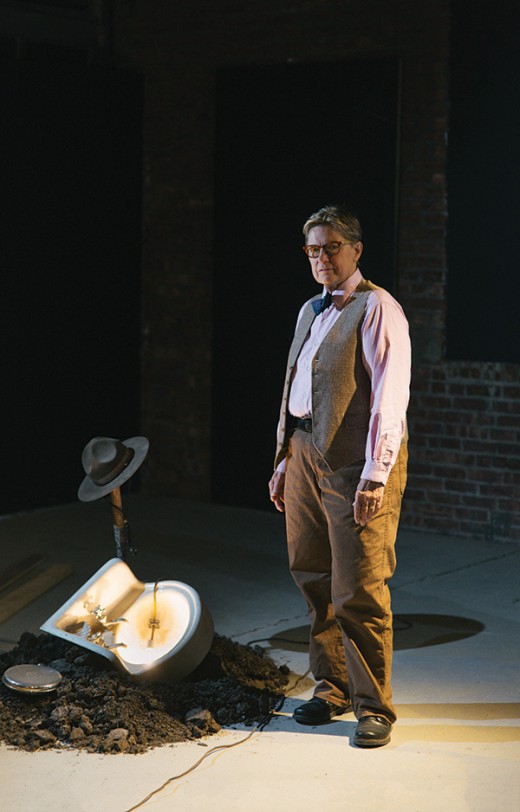 What defines Time and Space Limited, like much of the rest of this city percolating with hope and hype in equal measure, is the spirit of creative entrepreneurship: Hudson has the highest self-employment rate in New York state—almost 10 percent—and is ranked 83rd in the country. It’s a place where you’ll find antique stores and auction houses alongside vintage clothing and record stores, and an empty lot where a handful of food trucks have created an impromptu food court. Hudson even has its own version of a neo-vaudevillian circus troupe: Bindlestiff Family Cirkus.

The city’s commercial roots are in whaling: Hudson became a bustling seaport in the early 19th century, when ships from Nantucket would winter in the town’s sheltered bay on the Hudson River. As the whaling trade died out, Hudson became known as a center for gambling and prostitution. After a period of decline in the mid-20th century as manufacturing dried up, antique dealers began opening shops on Warren Street, the city’s two-mile main thoroughfare, in the 1980s.

Hudson has since earned a reputation as an antiques mecca, boasting dealers such as Stair Galleries, 3FortySeven, and Arenskjold Antiques Art. Warren Street is also home to the internationally renowned Ornamentum gallery, featuring art jewelry by master craftspeople including Silke Spitzer, Eunmi Chun, and Gerd Rothmann.

Geoffrey Good is an exemplar of the latest wave of creative regeneration to hit Hudson. After living in Brooklyn for almost a decade, in 2012 Good relocated his family and handcrafted jewelry business 125 miles upriver to the city being called—enthusiastically or pejoratively, depending on your perspective—Brooklyn North. Good’s eponymous atelier, also on Warren, is part of the architectural treasure trove lined with art galleries, restaurants, cultural centers, antiques dealers, and design and housewares stores reflecting the influx of design-savvy ex-urbanites over the past five years. Kasuri, a clothing shop that opened at the north end of Warren Street this spring, featuring designs by esteemed clothiers like Comme des Garcons and Vivienne Westwood, cements the city’s fashion credibility, joining the ranks of other high-end clothing retailers like De Marchin. 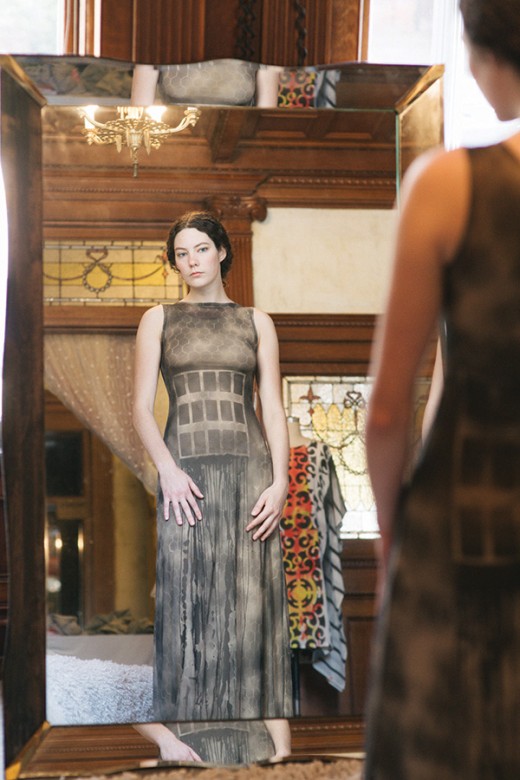 Rae Hatch tries on a dress at LALOON in Hudson.

“Warren Street is fairyland in a way,” says Good, describing the city’s style as “deceptively sophisticated.” Good’s child attends the nearby Hawthorne Valley Waldorf School (the experiential-based Steiner education is a popular educational choice for local artisans), and his house is a 10-minute walk to his storefront. “Hudson is an odd place. There’s a strangeness to it that’s a good thing,” says jeweler Geoffrey Good. “You never know what’s going to happen on any given day. There’s a great sense of possibility here.”

Carrie Haddad, a longtime Hudson resident and owner of Carrie Haddad Gallery, which features contemporary work by regional artists, notes that the city is only 2.2 miles square. “There’s something so intimate about living in a small town. If your dog goes missing, someone will bring it back, because they know where you live.”

The cultural life of the city has flowered as energetic creatives in multiple disciplines have moved in and opened businesses. Food celebrity Zak Pelaccio, of Fatty Crab fame, opened his farm-to-table temple Fish and Game in 2013. The restaurant’s service is a seven-course tasting menu, different each evening, crafted around locally available ingredients. A year earlier, two protégés of molecular gastronomy guru Wylie Dufresne, John McCarthy and Ben Freemole, opened Crimson Sparrow, an adventurous take on New American cuisine that combines techniques honed at Manhattan’s WD-50 with a locally grown ethos. An intrepid diner would have to spend several weeks on Warren Street before she sampled all of its fare, from the fresh-baked goods at Bonfoglio & Bread and Café Le Perche to the Texas-sized BBQ portions at American Glory and the seriously locavore diner fare at Grazin’. 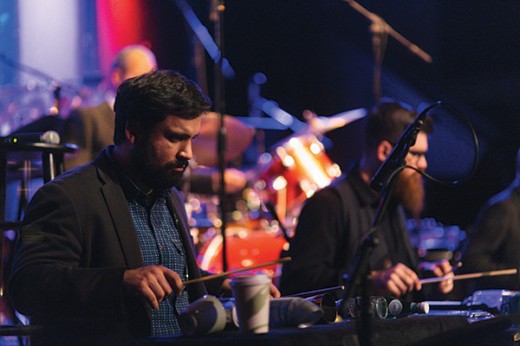 Adam Sliwinski and Josh Quillen of So Percussion performing at Club Helsinki.

Musicians have also found a fertile outpost in Hudson, and the city has recently become home to a number of well-known names, including Melissa Auf der Maur, bassist for Hole and Smashing Pumpkins. In 2010, Auf der Maur and her husband, filmmaker Tony Stone, bought a sprawling former glue factory across from the city’s Amtrak station and turned it into a cultural space. Basilica Hudson has booked national music acts and presented art shows and dance performances, as well as organizing its own craft fair, Basilica Farm + Flea. The inaugural event was held last Thanksgiving weekend, showcasing more than 50 artisans from across the Hudson Valley and the Berkshires. This year, Basilica Farm + Flea kicks off on November 28, Black Friday, with over 80 vendors in the weekend-long alt-shopping environment.

Next door to Basilica, a new generation is being introduced to craft at Kite’s Nest, a learning resource center that provides free and low-cost programming integrating the culinary arts, design, recording, and broadcasting, as well as traditional crafts. One recent workshop teamed up middle school students with Boatwright Nick Zachos of Hudson Sloop Club to build their own boats out of simple materials, which they proceeded to launch on the Hudson River. (On November 7, Kite’s Nest will host its annual benefit, the Alimentary Feast, prepared by co-director and chef Nicole LoBue.)

It’s fitting that a city brimming with artisans would attract Etsy. The e-commerce craft giant opened a satellite office in a converted industrial space in 2012, where about 40 Etsy staffers tap at keyboards on large mapletopped group desks. Etsy sourced most of its furniture from local stores, and the maple desks were made by Rob Williams of Grain, a local woodwork and design studio. Williams moved to Hudson from Philadelphia in 2004, drawn by a creative scene in its infancy. “I started to fall in love with Hudson the more time I spent here. It’s a great spot for creativity,” says Williams, noting that artists can rent an entire building or storefront in Hudson for the amount they would spend on a tiny studio in Brooklyn.

The movement of urban creatives to “the country”—Hudson is surrounded by some of the most picturesque farmland in New York—has been termed “rurbanism” by Ann Marie Gardner, editor of Hudson’s Modern Farmer magazine, a sumptuously designed journal for the skinny-jeans farming set that launched in 2013 and covers topics like GMO labeling and local flour movements. 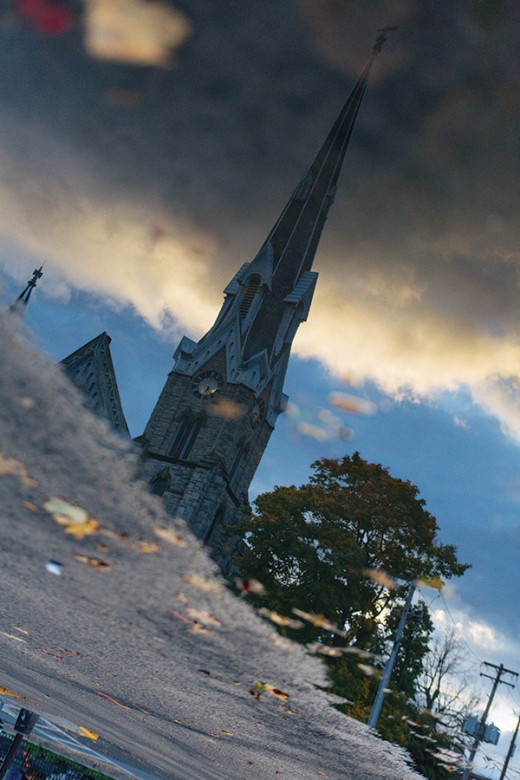 This admixture of simple living and design savvy carries into the marriage of natural and industrial elements used by many artisans. Hudson is a melting pot of the American maker movement, from milliners creating handmade vintage-style hats (Behida Dolic´Millinery) to outsider artist Earl Swanigan, who sells his whimsical animal portraits on the street, to bespoke blacksmithing at Metal by David DeSantis to impeccable outposts of modernist woodwork, jewelry, and design such as Chris Lehrecke’s showroom.

Hudson seems poised for its coming-out moment on a larger stage. This is perhaps most readily apparent in the Rem Koolhaas-designed museum that performance artist Marina Abramovic is planning to build. The opening of the Marina Abramovic Institute, housed in a former tennis academy and tentatively slated for 2016, is generally viewed as a gamechanger for the city, adding a world-class fine art tourist attraction—and another bit of catnip for creatives.

A walk along Warren Street 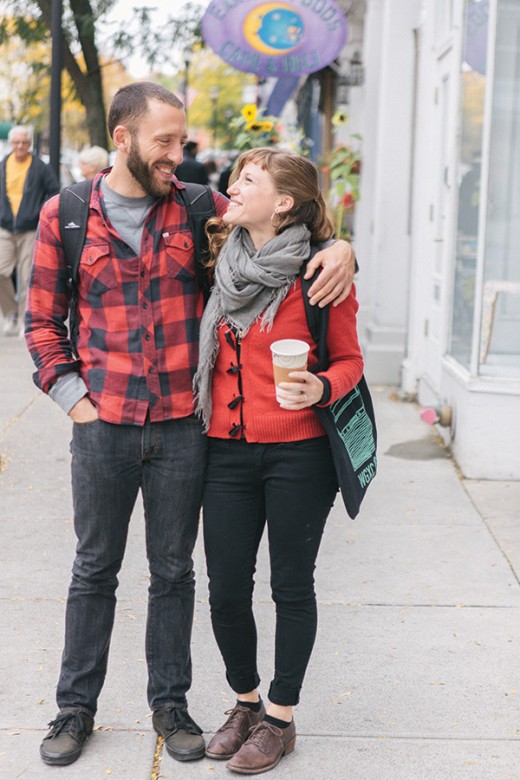 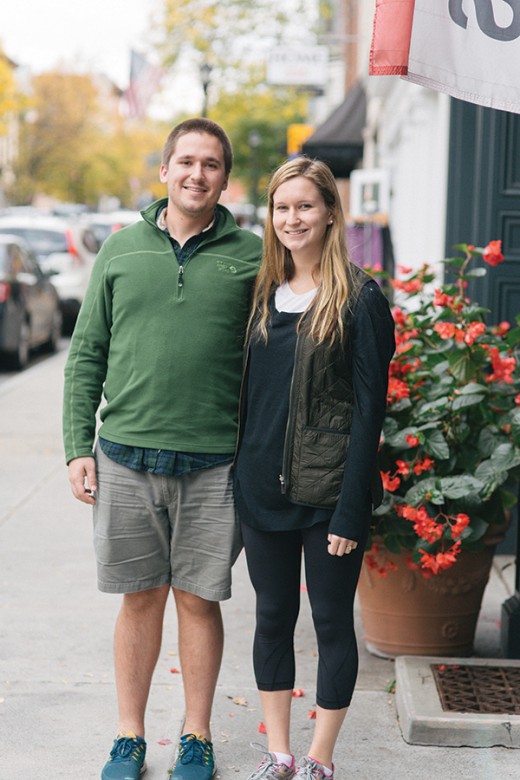 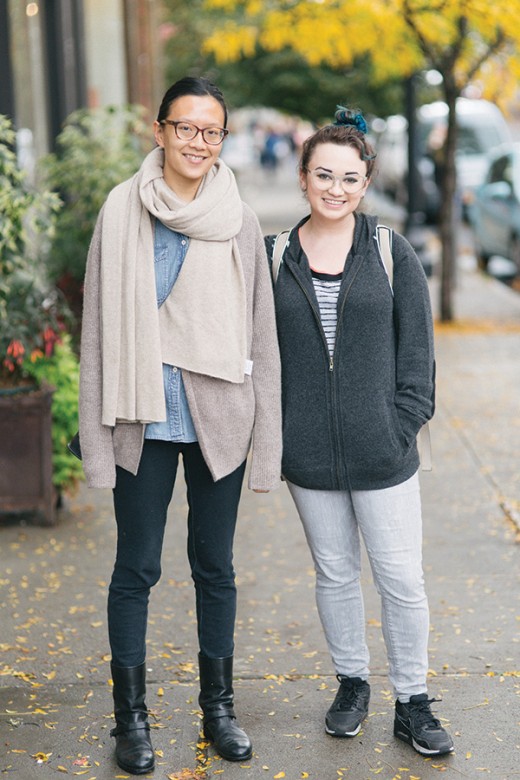 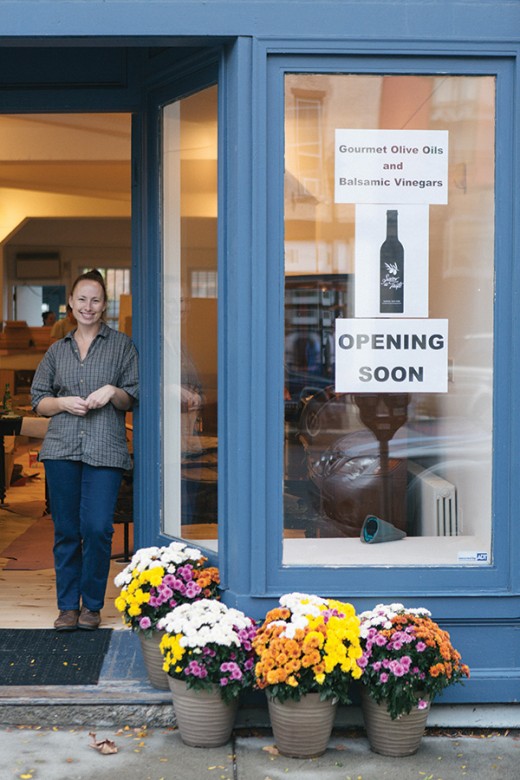 Christine Donohue prepares her store Savor the Taste for a grand opening. 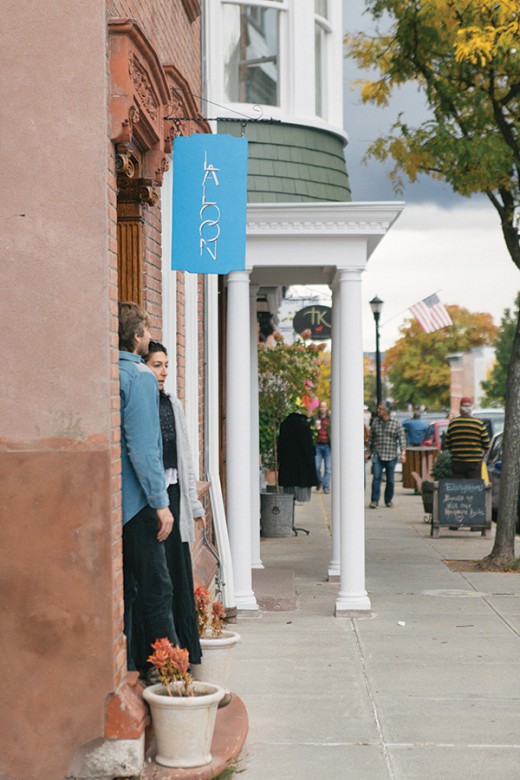 Laleh Khorramian and a friend talk outside LALOON.

Brian moved to the Hudson Valley in 1988 to attend SUNY New Paltz, where he enjoyed 8 wonderful years completing his bachelor's degree. Bitten by the travel bug at an early age, Brian has seen some of the world's most spectacular places, and yet he wouldn't trade living in the Hudson Valley for any of them. The Hudson Valley is his home.