“How beauteous mankind is! O brave new world, that has such people in it!”
– Shakespeare, The Tempest

If that short line of dialogue gave you goosebumps, you might be a Shakespeare fan. And how can you not be? The Bard gave us such modern language gold nuggets as “be-all and end-all,” “dead as a doornail,” “money’s worth,” and “lackluster,” just to name a few. In fact, the term “brave new world” itself originated from Shakespeare’s quill, which the scribe introduced in his play The Tempest, and that’s not the only one. See how many Shakespearisms you can find during Hudson Valley Shakespeare Festival’s production of The Tempest at Storm King Art Center Friday, September 4, and Saturday, September 5.

The Tempest tells the tale of Prospero, would-be duke of Milan, a man of magic who was banished, along with his daughter Melinda, to a remote island by his brother Antonio. Antonio gets caught up in the midst of a storm – conjured by the magician himself – just off the coast and finds himself stranded with his brother and niece in exile. HVSF’s production weaves the usual tapestry of Shakespearean romantic entanglements, familial betrayal, and the supernatural into a memorable theater experience, presented under a blanket of stars outdoors at Storm King.

Make a day of it and wander Storm King’s sculpture collection pre-show. Tickets to The Tempest cost park admission plus $10/adults, free for ages 18 & under. Show starts at 6pm, food and drinks start at 4pm. Purchase prepared picnic packages when you buy your tickets. 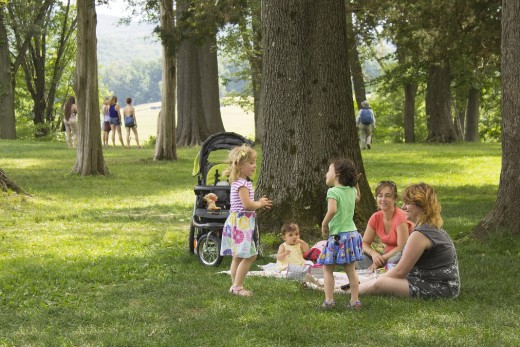 For more information on HVSF’s The Tempest, visit the Storm King website. Purchase tickets here. Visit the park, stay for the show, and enjoy a day in the Hudson Valley, for goodness’ sake…yet another phrase Shakespeare invented.

Widely celebrated as one of the world’s leading sculpture parks, Storm King Art Center has welcomed visitors from across the globe for fifty years. It is located only one hour north of New York City, in the lower Hudson Valley, where its pristine 500-acre landscape of fields, hills, and woodlands provides the setting for a collection of more than 100 carefully sited sculptures created by some of the most acclaimed artists of our time.