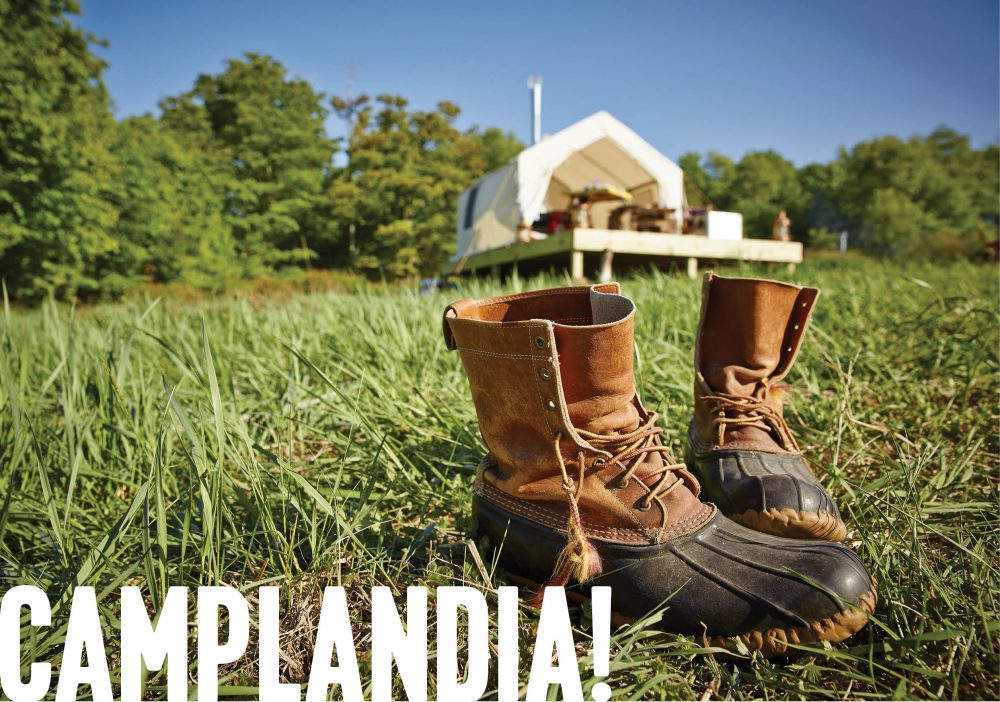 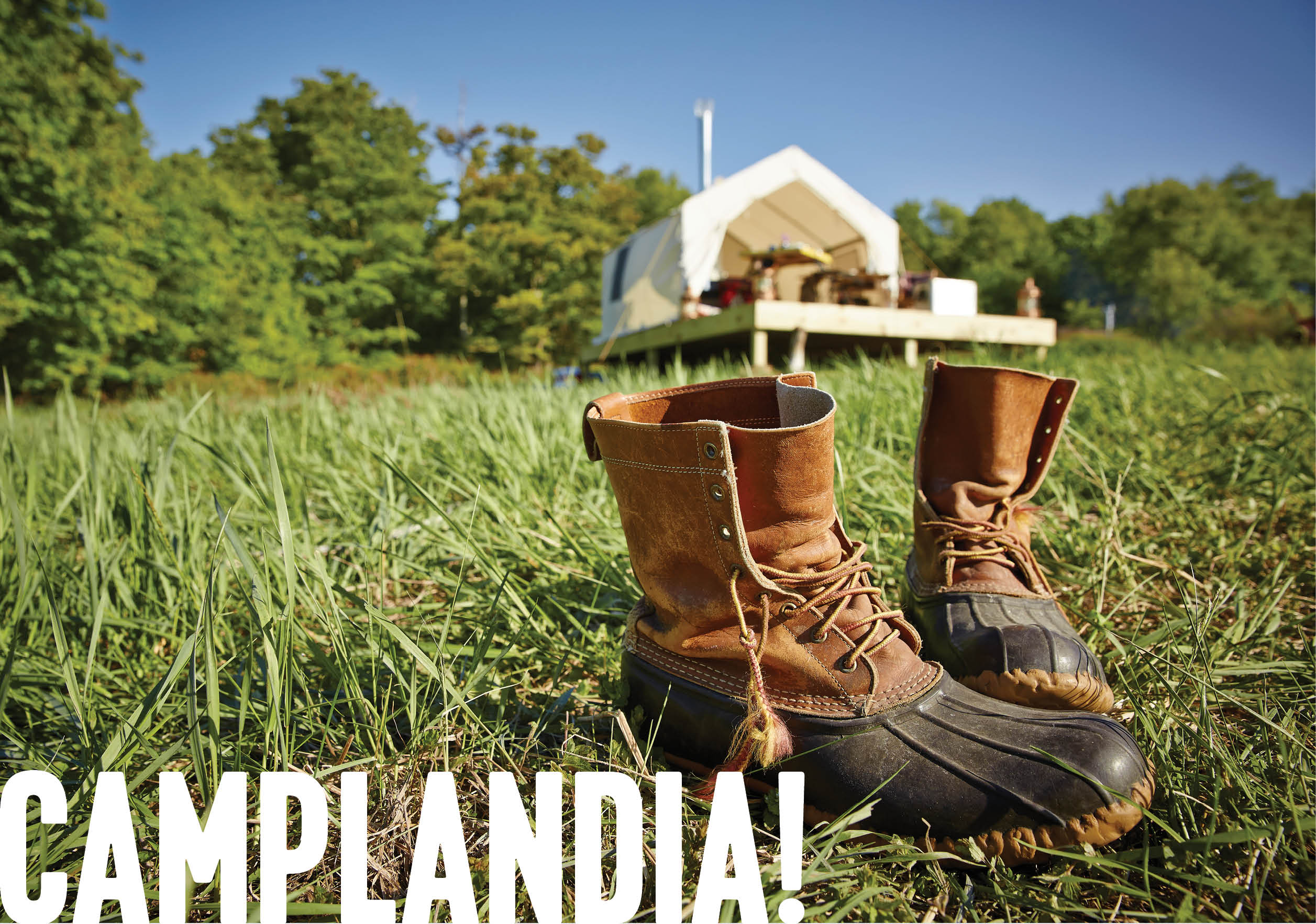 Tentrr’s indispensability becomes obvious
the moment you learn what it does.

The latest in a long line of web startups with creatively spelled names, Tentrr enables users to spend time in nature without actually having to rough it. It’s an outdoors version of AirBnB, offering furnished, even luxurious campsites and connecting users and providers through technology.

Michael D’Agostino got the idea for Tentrr a few summers back when he and his wife, Eloise, traveled from their home in New York City to Martha’s Vineyard on vacation. Unable to find a campsite vacancy, they settled for a costlier and decidedly less satisfying vacation rental. Wandering around the island, they noticed how much of its open space was marked with “No Trespassing” signs.

“Tentrr was born out of a lifelong love of camping and increasing frustration, on my part, that you can’t enjoy the great outdoors how, when, and where you want to,” says D’Agostino. “And so I wanted to create a platform for myself where I could sign up to camp in beautiful spots serenely and privately in a way that was never really possible before.”

As the then managing director of capital markets at the New York Stock Exchange, D’Agostino had already encountered tech entrepreneur giants like Shutterstock founder Jon Oringer, and was familiar with the “shared experience economy”—the exchange model behind businesses like Uber and AirBnB. So, putting his professional background to work, D’Agostino set about reinventing the outdoor discovery industry, left Wall Street and launched Tentrr from Manhattan in March 2015. Now in its second season, Tentrr is focusing on the Catskills, with 200 campsites there, but plans to expand throughout the Mid-Atlantic region as the business takes off, and eventually go nationwide.

Here’s how Tentrr works: Landowners interested in sharing their scenic open spaces with the public sign up to become “campkeepers,” and Tentrr installs a campsite on the grounds. Each site features an American-made canvas safari tent erected atop a wooden platform; a cleverly designed picnic table that doubles as storage; a grill, fire pit, sun shower, and camp toilet; and a second pop-up tent for larger parties. From there, the booking process is simple: After some vetting and clarification on items included in the booking fee (for example, firewood isn’t), the campsite is reserved for an average price of $120 per night.

So far, says D’Agostino, Tentrr has received “intensely positive feedback from both our campers and our campkeepers.” Each campsite is designed to accommodate up to 14 people, making it ideal for group getaways, although D’Agostino reports that one couple booked a Tentrr campsite in Delhi for their honeymoon.

In an effort to encourage second-home owners & other potential campkeepers to have campsites installed for the 2016 season, Tentrr is waiving the installation fee this year.

Campkeepers can make between $6,000 and $8,000 per season, “so it’s a worthwhile investment,” says D’Agostino. Plus, becoming a campkeeper means creating priceless memories for campers, like the one a little girl and her family shared last summer when, from their Tentrr campsite, they spotted six shooting stars in one night.