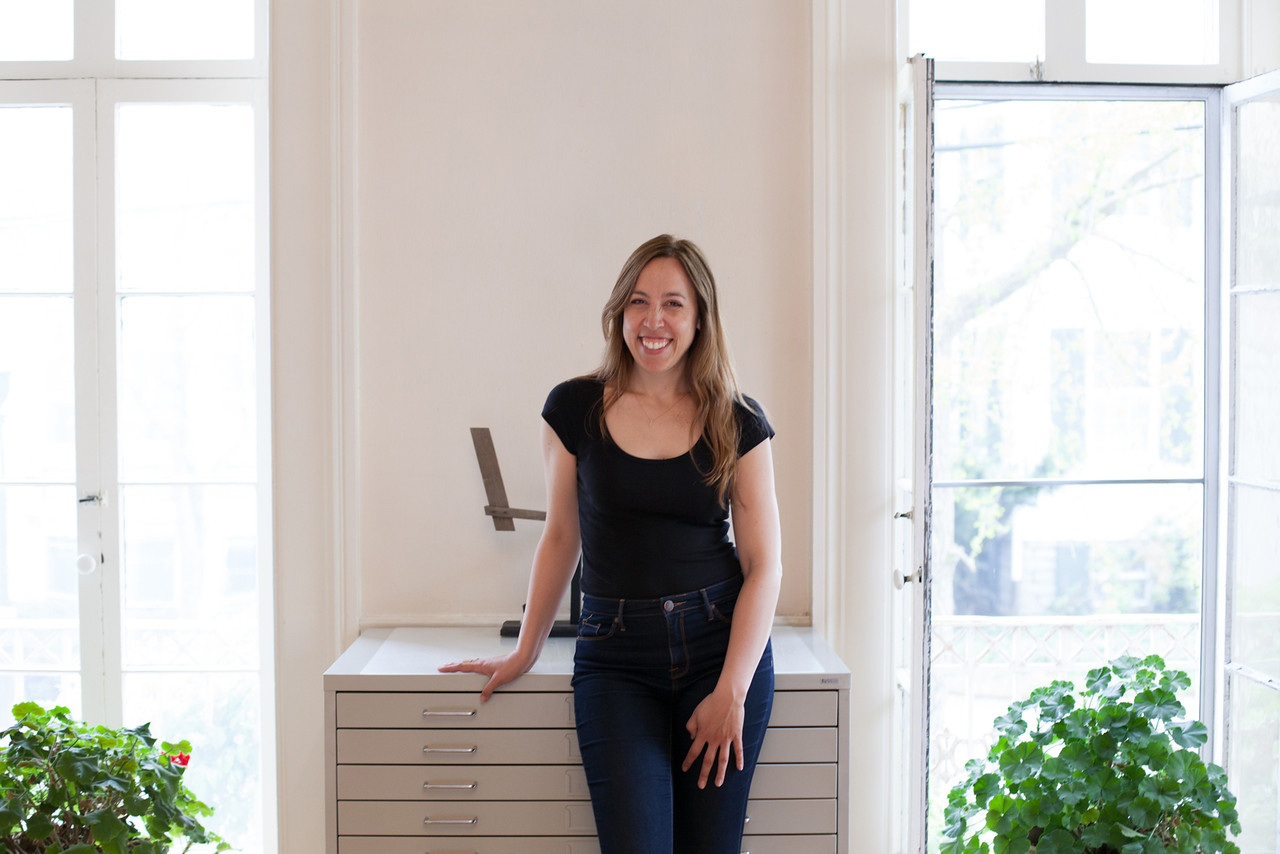 Carla Rozman, is just one of the defining “FACES” in the new Kingston

“The Face is the mirror of the mind, and eyes without speaking confess the secrets of the heart.” — St. Jerome

“I love people, perhaps that is why I am drawn to faces,” remarked graphic designer and artist Carla Rozman in a recent fantastically engaging conversation. We were discussing her current exhibition appropriately entitled Faces. Faces is currently the featured exhibition at Renee Darmstadt’s Cornell Studios in midtown Kingston. Cornell Studios is one of the leaders in the revitalization of midtown Kingston’s former industrial district; a revitalization which catapulted itself with the restoration of the Lace Curtain Mill artist studios and condominiums in 2015. Renee’s gallery is directly across the street from the Lace Curtain Factory. As Renee, escorted me through Carla’s show, she whimsically referred to Carla as “her Andy Warhol.” As I gazed from painting to painting two things garnered my attention. First, the number of red dots alongside many of the paintings indicating they had been sold during the exhibition. I know galleries and artists in Manhattan who would give their eye teeth for such a successful showing. Secondly, I found the works had a rather alluring, intoxicating quality. As a graphic designer, website developer, magazine designer, logo and branding developer, Carla designed the exhibition masterfully with a flow and schematic color scheme which enthralled the viewer immediately. 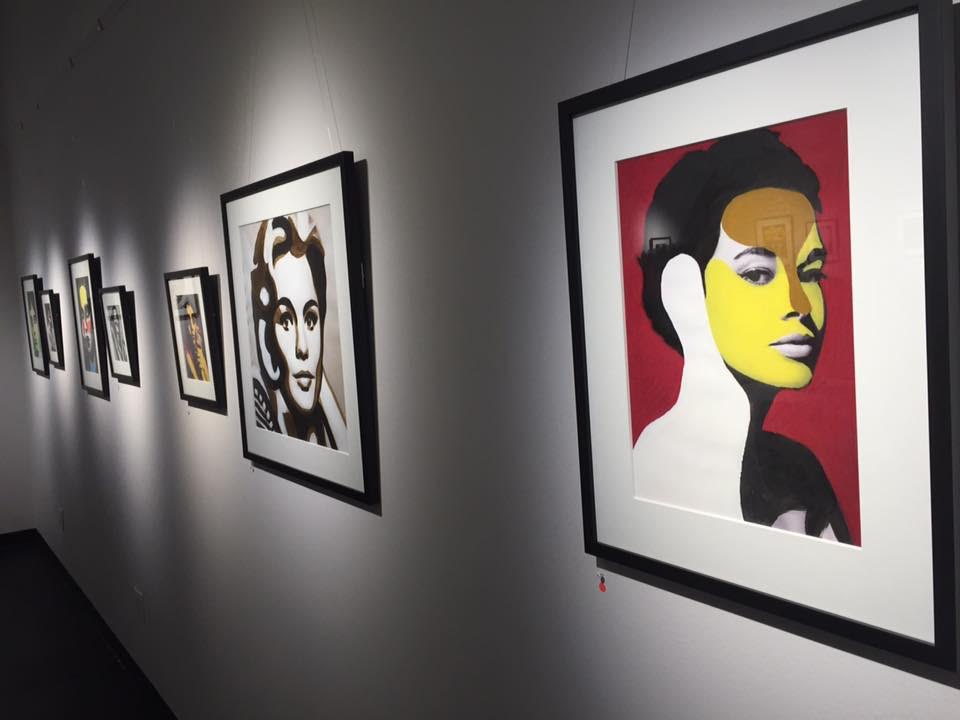 Faces by Carla Rozman, on Exhibition in the Cornell Studio’s Gallery Until Thursday, June 30th

Naturally, whenever I truly enjoy an art exhibition I appreciate having the opportunity to speak with the artist. In what is the new Kingston, Carla and I have crossed paths on numerous occasions. Either through her work with the artist Kevin Paulsen, the craftsman Jack Decker (who I profiled last year for Upstater in Vernacular Design, A Rising Star In The Architectural/Interior Design Industry), or her work with Duo restaurant in Uptown Kingston, we have breezed by one another frequently, always smiling and extending greetings to one another. The emergence of the new hip Kingston facilitates interaction with a bevy of people, whether dining at Boitsons or at the aforementioned Duo, lunching at OutDated Cafe or Yum Yum Noodles, or drinking signature speakeasy-style cocktails at the Stockade Tavern (all of which are a few of Carla’s Uptown favorites). Kingston has become a community where consistent interactions are the norm. To quote my friend (the Realtor Harris Saifier), “many of our new clients especially want to live in Uptown Kingston, so they may walk or bike to restaurants, shops and perhaps the office.” In that case Carla, “who loves Uptown Kingston,” is living the dream as she bikes or walks from her Uptown Kingston townhouse apartment to her Uptown Kingston office housed in one of the Stockade Historic District’s most appealing town houses. 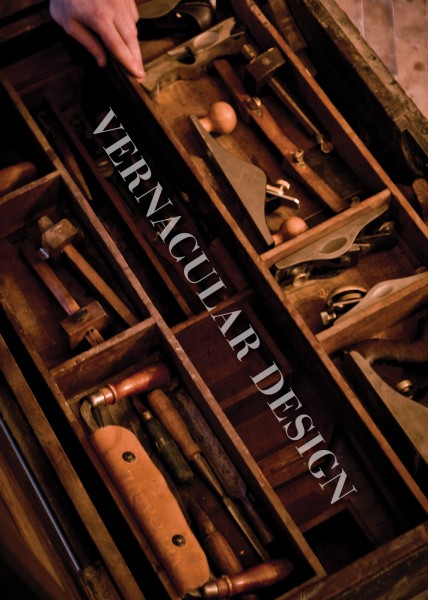 Like her current exhibition Faces, Carla’s office is sleek and sophisticated with a jazzy midcentury modern aesthetic. Art works by her former boss Woody Pirtle, former Pentagram partner and principal of Pirtle Design, co-exist with art from her tenure as the art director for Chronogram magazine. Prototypes of products designed for clients such as Hetta are intermingled rather amusingly with copies of the numerous magazines Carla has worked on over the years. I say amusingly because one of the publications is a book Carla co-created with Kingston dentist Thomas Cingel, appropriately entitled “Avid Flosser: How To Keep Your Teeth Forever.” “This little book tells you everything you need to know about flossing, so your teeth will last forever” smiled Carla. 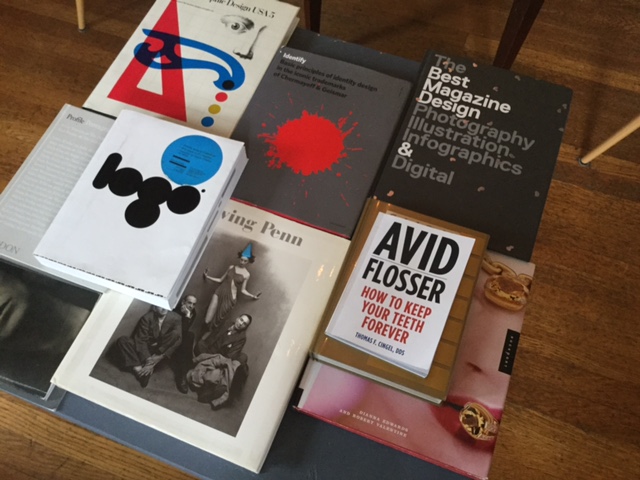 Kingston Dentist Dr. Thomas Cingel, in collaboration with Carla, created the Avid Flosser, A Guide To Keep Your Teeth Forever

Talking with Carla many similarities to my own journey in life emerge; while I studied art history in Paris during my undergrad years, Carla studied at the Lacoste School of the Arts in France after obtaining her Bachelor of Science in visual arts from SUNY New Paltz. Additionally, Carla, like Gary and I, also had a tenure in Washington, DC. “During the Washington years I lived on Capital Hill, while designing magazines for The Smithsonian Institute. When I was employed by the Smithsonian I created the children’s magazine and worked on the science magazine,” Carla recalled. “I could have remained in DC, however I missed the beauty of the Hudson Valley. I love the Community here. My friends all live Uptown, and there are places to hangout day and night. In many ways Uptown Kingston is a lot like Capital Hill in DC. Kingston has become a vibrant city with interesting individuals. The Hudson Valley is a true community of artists.” As we laughed, talked, and chatted, time seemed to slip away from us. This is what I love about my newly adopted home: the opportunity to meet charming people who engage in interesting conversation. 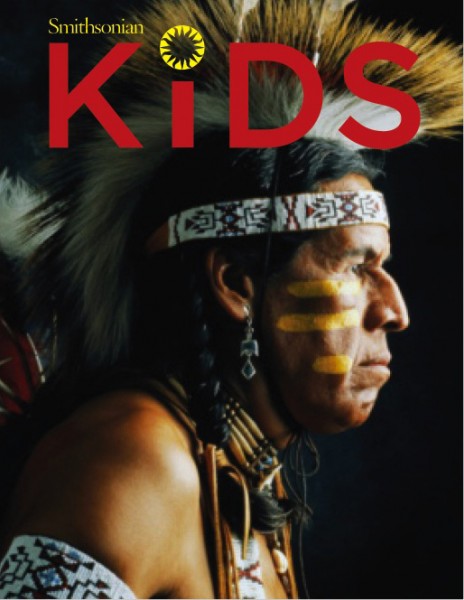 During her years Washington, D.C., Carla worked with the Smithsonian Institute designing and creating magazines. “Kids” was one of her creations

Along the way the Hudson Valley has become a calling card for production companies and celebrities. Carla has worked with actor Mark Ruffalo and Director John Bowermaster on several projects. She has worked on projects related to the environment, farm-to-table organic farming, and a variety of cultural and humanitarian efforts. She’s a grounded individual who, despite a thriving graphics design, branding, logo and website development business, still finds the time to accept artistic commissions and to create the haunting images, in Faces, on view at the Cornell Studios through June 30th. According to Cornell Studios director Renee Darmstadt, “for Carla’s opening night, 150 guests attended the reception. We will be hosting a closing reception on Thursday June 30th, from five until eight, and the public is welcome to attend.” Additionally the gallery is open daily and features the delectable gourmet offerings of Jeanne Rakowski’s Twisted Fork Food Truck, also located within the studios grounds. “Because my career is so active I do not have the time to create portraits. Instead, my Faces exhibition consists of found images. I use found images from magazines and the internet, and then transform those images with paint to create an entirely new piece of art,” explains Carla. 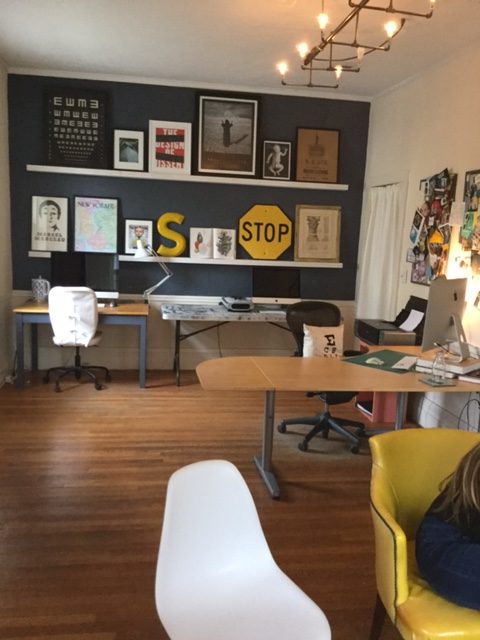 This new Kingston of ours is becoming—as they once said decades ago—a “a pretty hip spot.” It is very exciting to stroll the streets to see people conversing, laughing on the sidewalks, and people biking about town with new residents going here and there with their dogs in tow. As the population of Kingston has evolved, it seems its dog population has also greatly increased. Carla Rozman is just one example of the type of vibrant, successful entrepreneurs who inhabit Ulster County, New York. Through the course of the Summer via porch conversations and site visits I will be introducing you to a rather nice collection of individuals. By Summer’s end you will be clambering for a home in Ulster County. 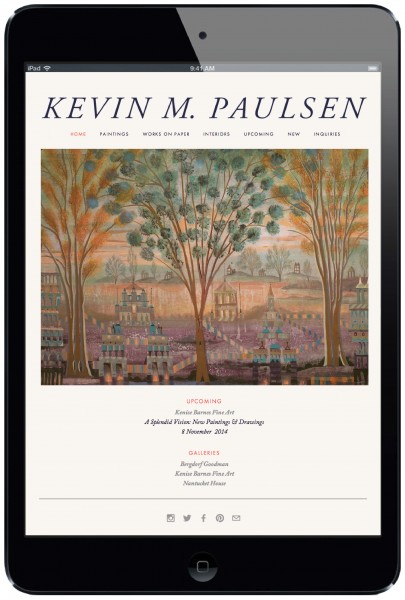 Carla has worked with many significant artists, including internationally-acclaimed artist Kevin Paulsen