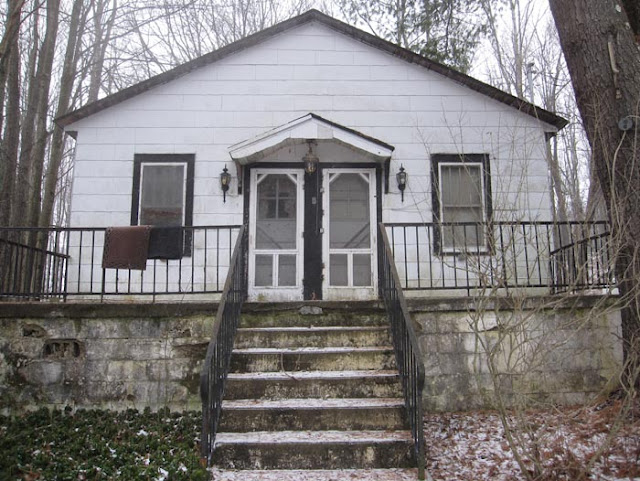 We stumbled across this site some time ago, during our continual search for information on restoring bungalow colonies in Sullivan County.

Artists Julie Courtney and Jennie Shanker were also interested in the plight of these old places, but rather than renovate bungalows, they decided to make sculpture out of them. The result is CENTERpieces, a collaboration between the artists, acting as curators, and the Hurleyville-based Center for Discovery, a nonprofit that provides educational, environmental and creative arts services for children and adults with disabilities. 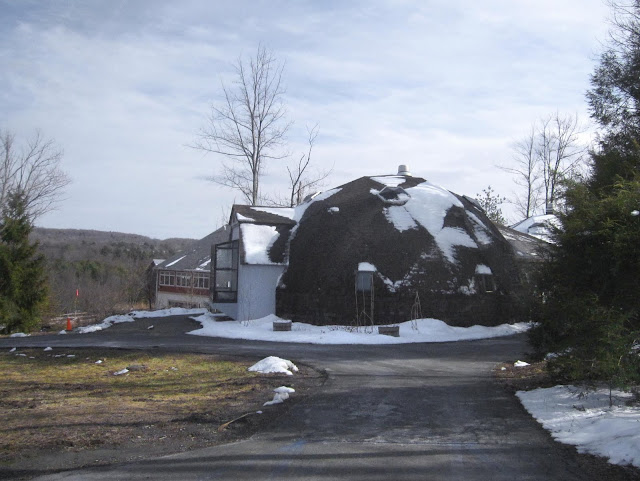 The buildings on and adjacent to the Center’s land were beyond saving, but by reinventing them as installation art, Shanker and Courtney could help this struggling community to become an arts destination. “Hurleyville is in this cultural path of DIA:Beacon and Storm King, and we thought we could do some smaller scale version of those,” they told Upstater.

So a pair of identical 20-foot-high geodesic domes are now the setting for a camera obscura installation by the artist Richard Torchia, called The Harris Observatory. And the bungalows will eventually be altered and reconfigured by the architect and artist Allan Wexler. 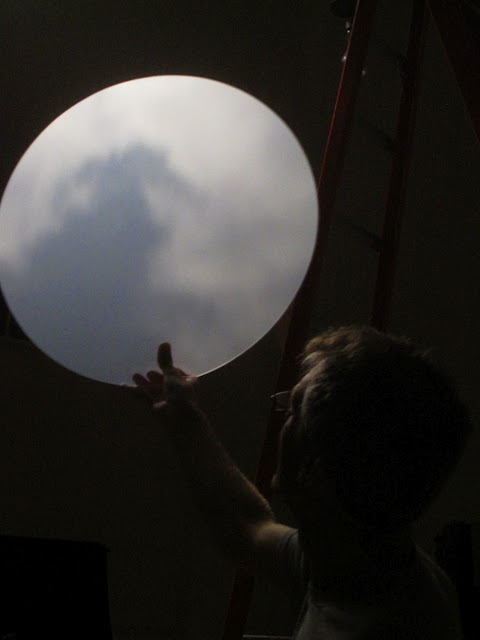 The opening for the Harris Observatory is Saturday, February 25th. The installation will be open to visitors by appointment from February 18 through March 3.