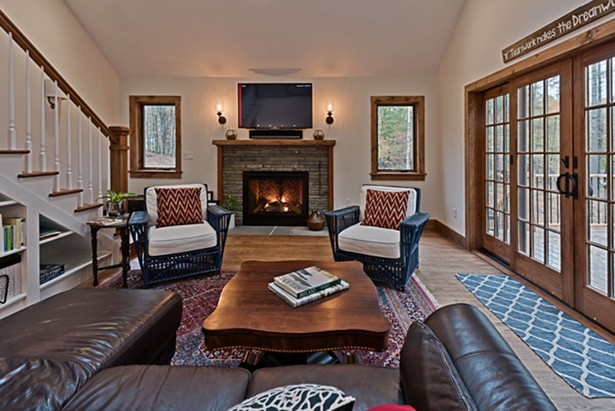 Kevin Conklin spent over a dozen years working for other architects before becoming licensed and founding his own firm, and one thing drove him nuts: architects acting like divas, to the detriment of a client’s project. He remembers watching an architect he worked for make change after change to a design on the theory that experts always know best, and the quiet satisfaction of the assistants when the client replied with a strongly worded email.

That, he vowed (silently—he needed the job), would not be a problem at Conklin Architecture. “It’s not what our job is supposed to be about unless you’re building your own house,” he says. “My firm, my skills, are a tool you can use. I’m here to help you to whatever extent you want—a little or a lot—not to stomp on your idea.”

Conklin grew up in eastern Dutchess County, and fell in love with creation at an early age. “Building—models, puzzles, Legos—always kept me occupied,” he says. “I even enjoyed it when I worked construction during school breaks. Architecture is a lot like a puzzle. Sometimes it’s all about trying different ideas, moving pieces around until there’s that ‘click’ and the final, right design falls into place.”

After studying architecture at SUNY Alfred, Conklin settled in Kingston, then fell in love with a Greene County native and moved to Catskill, where he and wife Brooke are raising two daughters. In 2015, Conklin made the decision to go out on his own. “It was a challenge to take the leap,” he says. “Since graduating in 2002, I’ve seen boom times and hard times, and architecture is something of a luxury trade. I was thinking, ‘I sure hope this works, I have a family and a farm and a mortgage.” 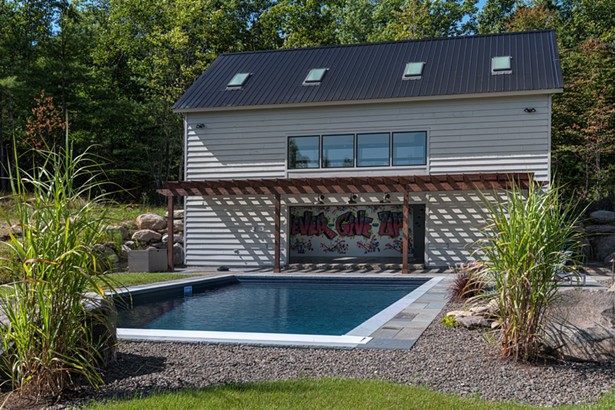 It turned out that there was plenty of appetite in the market for a humble architect who enjoys letting a client’s vision take center stage. Conklin Architecture has been tapped for buildings from the metro area to the Adirondacks, building everything from commercial spaces and showrooms to weekend retreats. “At first it was just me and my laptop, now it’s me and an assistant, and we’re growing,” says Conklin delightedly. “It’s been a wild and challenging ride, a series of struggles, but more and more it’s a lot of really great experiences. And we’ve been getting a lot of repeat business, which is really gratifying.”

One of Conklin’s favorite assignments of 2019 was, in more ways than one, a Fun House. Located in an upscale development west of Kerhonkson, it’s a 1,400 square foot building containing a basketball half-court, a climbing wall, and a poolhouse for the home’s inground pool. “It’s a young family and they wanted something for the kids to do in the country,” Conklin says. “They’re skiers; they wanted warm-weather fun. The original idea was a big poolhouse, and I threw out the idea of a basketball court and a climbing wall.” 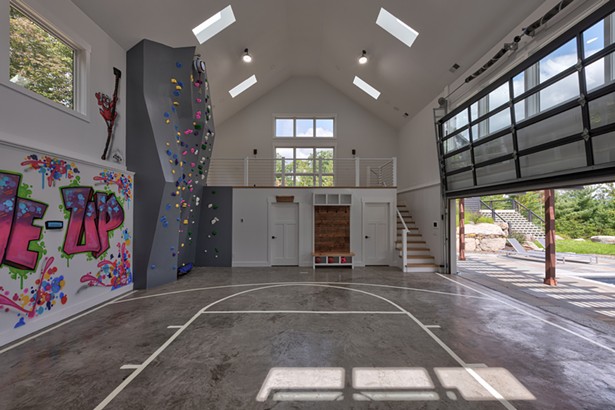 The neighborhood where the funhouse is located consists of about 20 young families, and Conklin — who was recommended by the development’s contractor—has worked on a couple of homes there now. “The neighbors all talk, and it seems they like it,” he says. (And we’re pretty sure we know which of those 20 homes will be the Cool Hangout on school breaks.)

But whether he’s creating a Fun House or headquarters for Combined Energy Services (he’s created custom offices for that firm in both Kerhonkson and Andover, New Jersey) or adapting and reusing a 10,000 square foot 1920s warehouse into Catskill’s Crossroads Brewing, Conklin’s working philosophy is the same: communicative and collaborative. 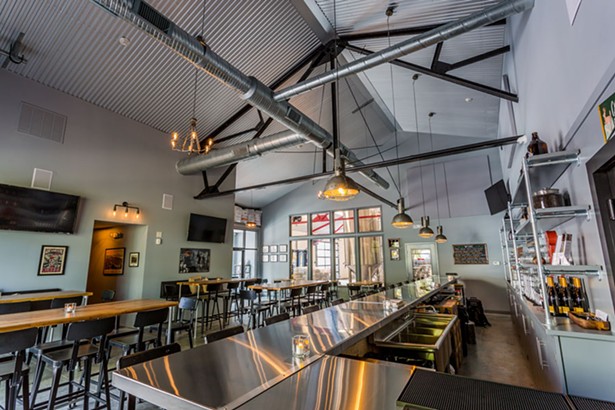 “We don’t just draw pretty pictures, or hand you plans and take your check,” he says. “I meet with clients many times, adjusting and revising until every detail is as ideal as humans can make it. Some people don’t want to be annoying by saying something’s off. I can’t read your mind! If you tell me, I can fix it. I do a lot of educating around that aspect of the relationship.”

His results speak for themselves, and he finds enormous satisfaction in seeing the creations he works on happily put to use. “There’s nothing like it,” he says, “starting with scribbles and transforming that into something we can walk into. Especially with an involved client, it’s just the most gratifying thing.”

Here’s a few images of a Garage with a Studio space above that we designed a few months ago. It’s looking amazing! Can’t wait to see the finished product. #kerhonkson #stoneridge #accordny #hudsonvalley #ulstercounty #garagelife #weekendretreat www.conklinarchitecture.com

Conklin Architecture also offers planning and rendering services. You can reach them at 914-474-6582