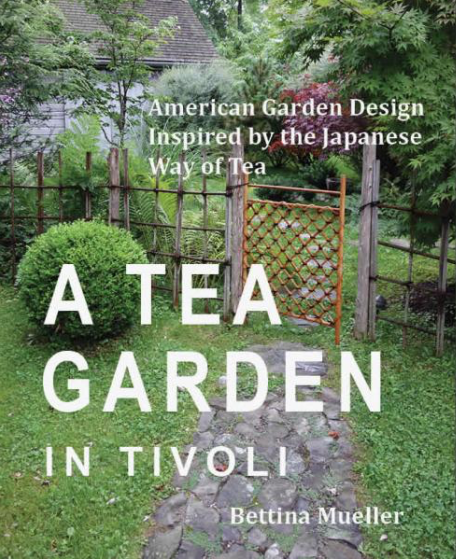 [Editor’s Note: This guide originally appeared in Chronogram.com on Dec. 1, 2015 and has been re-posted here with the authors’ permission. We’re sharing it with you because, well, it’s a darn good book gift guide. Furthermore, we want you to go check out some of the area’s local independent bookstores, like Oblong in Rhinebeck, Golden Notebook in Woodstock, and Inquiring Minds in Saugerties. These places are gems. You won’t be sorry. After you finish seeing the new Star Wars, of course.]

Will Nixon, illustrations by Carol Zaloom

An acrostic poem Nixon wrote for Walking Woodstock collaborator Michael Perkins sparked this delirious, deft celebration of all things Woodstock. You don’t have to be local to love these poems, but it may widen your grin. (Yes, he names names.) From “Catskill Mountain Pizza”: “Pity the poor / Zombies who taste nothing but brains. I’ve got an / Appetite for the world with everything on it.” Appearances: 12/19 at 5pm, “The Woodstock Poems” reading at the Woodstock Library. —Nina Shengold

THE ARTFUL WOODEN SPOON: HOW TO MAKE EXQUISITE KEEPSAKES FOR THE KITCHEN

In so many shapes and sizes, skinny and curvy, wooden spoons rock. No one makes them better than Josh Vogel, co-founder of Black Creek Mercantile. His book is a delicious how-to, taking you from crude woodblock to sublime spoon in 225 dreamy photographs and by turns rhapsodic and helpful text. —Jana Martin

WKZE’s Jerrice Baptiste digs into her Haitian roots for this whimsical, socially conscious tale of Astrid, who wishes only for Papa Noël to bring prosperity to her impoverished fishing village. She works hard in her fatherless house, and sure enough, an amusing Caribbean version of Santa Claus arrives. Illustrations by April Matula convey holiday spirit without a hint of snow. Appearing at Tivoli Free Library; 12/18 at 10:30am, Town of Esopus Library; 12/19 at noon, Ulster Library. —Robert Burke Warren

Metro-North commuters riding up the Hudson often wonder at the ruins of Bannerman’s Castle. Since this June, the island has hosted a magical artwork by Beacon artist McGill: 17 solar-powered lights illuminate at dusk, tracing the outlines of walls past and present. In these midnight-blue pages, the artist’s statements, photos, and drawings join writings by talented neighbors—four poets, a journalist, two Lenape Center historians—responding to Constellation or reflecting its themes; in Jeffrey Yang’s words, “light and line, figure and void.” A luminous collaboration. —NS

This month marks a century since the birth of Frank Sinatra. While his voice and style defined an era, Ol’ Blue Eyes is still being discovered by new generations, who can learn all about him in this adorable book. Berkshires author-and-illustrator team John Seven and Jana Christy (Happy Punks 1-2-3, A Child’s Guide to Anarchy) bring Sinatra’s story to life, from skinny, bullied boy with a dream all the way to Vegas, baby. The book celebrates music, talent, and stick-to-itiveness. —JM

Catskills naturalist John Burroughs reinvented personal nature writing, and this first-ever audiobook offers two wonderfully local essays. In “Pepacton: A Summer Voyage,” the author navigates the Delaware’s now-submerged East Branch—”a stream of many minds”—in a handmade boat. In “The Heart of the Southern Catskills,” he assays a climb up uncharted Slide Mountain. Narrators Barry and Smith are pros, as are commentators Bill Birns and Diane Galusha, but the voice that emerges most joyfully belongs to Burroughs. When a veil of fog lifts off the High Peaks, he reports, “the world opened up like a book.” —NS

For this exquisite, moving tale of a boy escaping the Holocaust without his family and landing in fairy-tale 1938 yuletide Manhattan, Westchester husband-wife writing team Richard and Tanya Simon draw from actual historical events, from Kristallnacht to a Count Basie gig, to the debut of the first Superman comic. With help from Siegel’s gorgeous, burnished illustrations, Broadway becomes an enchanted trail of kindness and hope, where Jewish and Christian holidays gracefully mesh. —RBW

Not since Bruce Springsteen has a man so eloquently immortalized and rendered fascinating a subsection of New Jersey while also excavating his own soul. Maple Shade native Daniel Nester unspools his memoir in rock-and-roll bursts—brief, potent chapters grappling with Gen X coming-of-age and an alcoholic father, whose 2013 passing inspired this work. Extravagant love and devastating abandonment haunt Nester to this day, yet Shader offers hope and no small dose of hilarity.  —RBW

THE SLEEPER AND THE SPINDLE

Bard College professor and local dean of cool Gaiman spins a shimmering feminist remix of Snow White(ish) and Sleeping Beauty (sorta). Three dwarves—downsized from the usual seven—alert their reluctantly betrothed queen to a sleeping plague approaching the kingdom. Following her own good heart and brain, with the help of some cobwebbed sleeptalkers, the sword-bearing queen packs one hell of a wake-up kiss. Riddell’s stunning illustrations, shot through with threads of gold, make this a delectable gift for anyone whose happily-ever-after could use a reboot. —NS

A TEA GARDEN IN TIVOLI

Zen student and award-winning author Bettina Mueller’s labor of love started as a bare lot adjoining her 1860 farmhouse in Tivoli. Having bought the house, she began transforming the barren grounds into an exquisite, Japanese-inspired tea garden. Imbued with the aesthetic tradition of harmony and simplicity, the living gem won Gardenista’s 2015 Best Garden Design Award. Far more than just luscious photographs, the book delineates the principles and techniques of Zen garden design, tea, and chabana floral design. It’s sure to inspire. —JM

TUXEDO PARK: THE GIFT OF NATURE

Less than an hour from Manhattan, the Gilded Age enclave of Tuxedo Park is truly a world apart, its iconic mansions surrounded by 2,000 acres of jaw-dropping natural beauty. Focusing on its timeless vistas and hundreds of native species, this sumptuous large-format book looks beyond the architect homes built by Astors and Vanderbilts to the “wild gardens,” stone stairways to nowhere, the lakes—stunning in every season and all kinds of light—and community responsibility of ongoing environmental stewardship. Greg Miller’s lush color photos and Chiu Yin Hempel’s eloquent text form the warp and weft of an opulent tapestry, weaving a magical spell. —NS

In 2000, Mark Hogancamp was brutally attacked outside a Kingston bar and left for dead. He emerged from a coma unable to eat, walk, write, or remember anything about his life. As therapy, he constructed an elaborate World War II-era village in his backyard, turning action figures and Barbie dolls into recurring characters who love and fight on remarkably built sets. Obsessive, unsettling, his work caught the art world’s eye, was the subject of a 2010 documentary, and is now this fascinating, moving book.—JM

Town Historian Heppner’s sixth book sidesteps “highlights” history to celebrate everyday lives. So instead of the usual wars and presidencies, we get gems like Sarah MacDaniel Cashdollar—stranded in town by the Blizzard of `88—accessing her buried Overlook Mountain home via an ironing board slipped through an upstairs window, or a 1922 “Swim-In” protesting the City of Kingston commandeering Sawkill water, darker chapters on slavery (yes, in Woodstock) and a local murder, a tribute to legendary historian Alf Evers, and the evanescent town stoplight. Appearing 12/19 at 1pm, Maurice D. Hinchey Catskill Interpretive Center, Mt. Temper  — NS