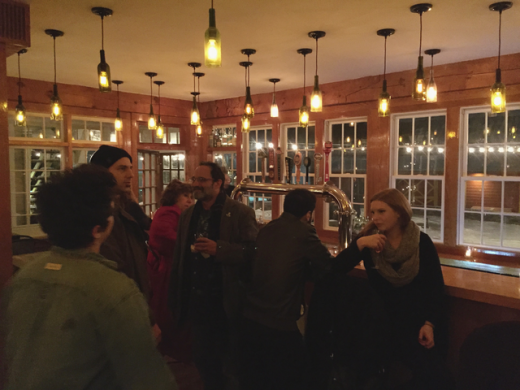 Life in a small town is wonderfully intimate, and when something is ‘a-brewin,’ it usually has all the tongues wagging, for better or worse.

This time, it’s definitely for better. This weekend is the long-awaited launch of Commune Saloon, located in the fabled Petersen House on the historic Bearsville complex in Woodstock.

Joining sister restaurant Bear Café (recently named by Thrillist.com as one of the 13 best restaurants not in NYC) and neighboring Bearsville Theater, Commune Saloon marks the first “real” change on the campus that most of us locals call “Bearsville” since new owners purchased the property last year.

Lights have been dark at the Petersen House for some time, and a few fledgling café/gallery concepts have quickly moved in and out over the years. The new property owners (operating under the name Woodstock Commune and partnering with long-time owners of Bear Café, Peter Cantine and Chef Eric Mann) are determined to breathe new life into this gorgeous building, which greets patrons as they drive onto the property. 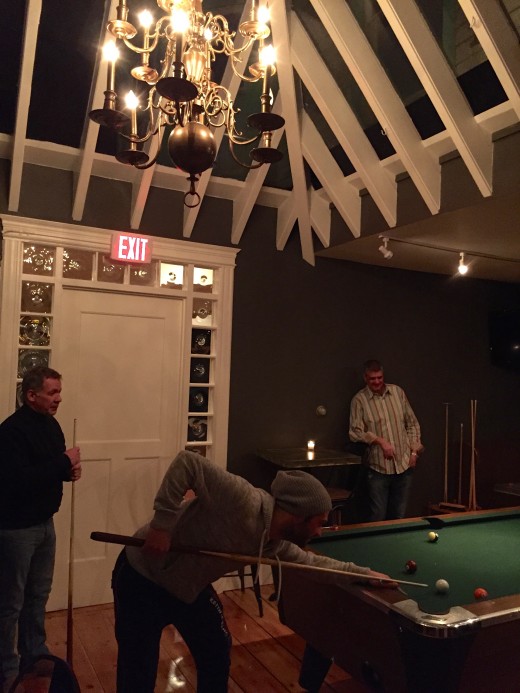 Here’s the story: fabulous crafted cocktails and sensational gastro-pub menu with a twist. The huge bar opens onto an enormous, newly redone bluestone patio where patrons can enjoy the year-round fire pit. The patio will also function as a Hudson Valley beer garden in warmer weather. A soon-to-come revolving cutting-edge art exhibit will grace the front of Commune Saloon, and for those who like a little action, check out the billiards room, which also boasts three televisions for those “big game days.” 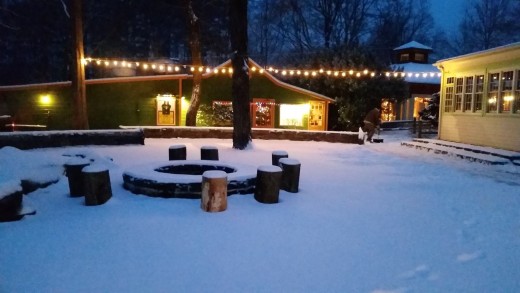 Nicolas Geeraerts, operating Director/Partner, and his team have truly let no detail escape their imaginations as they endeavor to turn Commune Saloon into Woodstock’s new living room. Exhibit A: the John Cuneo custom wallpaper in the rest rooms – John is a celebrated illustrator and artist, known for his New Yorker covers and cartoons and often seen about town, sketching on placemats at the local haunts. Here, his sketches have a new permanent home. 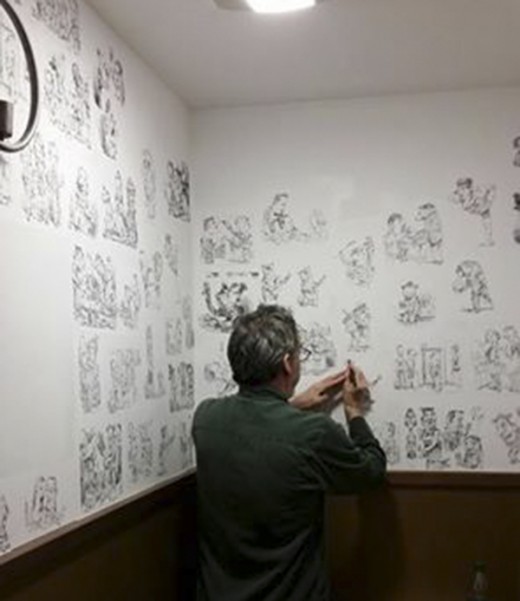 The food…Abbe, tell us more about the food…. Farro grain salad, burnt lemon and shaved veggies…Crispy Brussels with maple and banana vinegar…Smoked brook trout with avocado and Fromage Blanc…Campanelli’s “Pho” chicken soup with cured lemons and samba…Mussels with black beans, ginger and garlic…Bangers and molasses baked beans…A killer cheese and meat board and select desserts.

And let this column serve as the Welcome Wagon for Chef Michael Hamilton, who joins Woodstock Commune LLC as Corporate Chef/Partner, overseeing food and beverage for the new Commune Saloon as well as collaborating with Chef Mann at The Bear Cafe.  Hamilton’s varied and illustrious culinary career began under the tutelage of Rick Stein in Cornwall, England (the only chef to ever receive two Michelin stars in that area), at the country’s number one-rated seafood restaurant, The Seafood Restaurant. Once in New York, Hamilton first worked with superstar Chef Daniel Boulud, and was then put through his paces by Gordon Ramsay, under whom he opened The London NYC. Hamilton went on to open Kingswood and then tenured at Acme, taking it from a low-key NoHo neighborhood staple to a red-hot, cutting-edge restaurant. Most recently, he headed the wildly popular Surf Lodge in Montauk on the far-east end of the Hamptons.

Excited?! Me too. Saturday February 7th is the soft opening of Commune Saloon, with a full bar and some limited snack items. Full food service will begin Tuesday, February 10th.

Oh, and here’s something else that will prove totally wonderful: beginning March 1st, the Bearsville Theater debuts its new year-round indoor Farmer’s Market. The team is pulling together favorite local provisions, beverage and craft purveyors, and producers to create a lively market and Bazaar, highlighting what they consider to be the best of our region’s bounty. See you in Bearsville!!