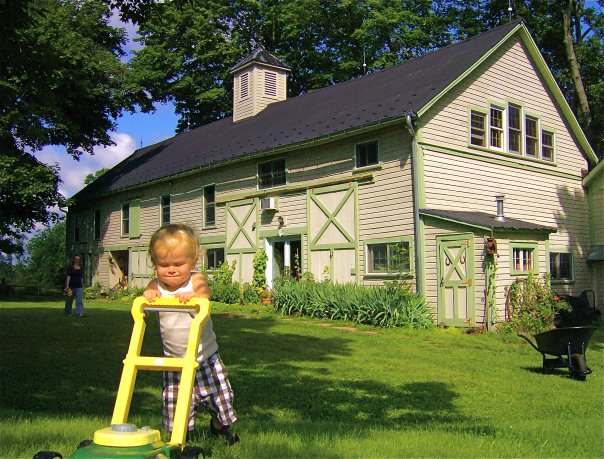 Considering the crazy amount of money we spent to rent a totally sub-par house near Accord a few weeks ago, this place, a converted barn from the 1790s, looks like a steal. Also, it just looks really cool.

Here are the specs, per the site:

I’ve been to Warwick, in Orange County, and it’s a sweet little town, closer to the city but far less quaint than those Catskills hamlets, and the nature is admittedly not as spectacular. Still, it’s the country! (The town has been more on my radar since hosting a neo-traditional New Urbanist neighborhood called Warwick Grove, which I still haven’t seen. But it seems to me, on those occasions when I want to own a home more than I want to live in Brooklyn, like a viable alternative).

I checked out the address on Gmap and it looks properly rural, on a small road, not too many neighbors; it’s on four-and-a-half acres. There are still some summer openings, according to the owner. But one BIG NOTE: You’re not renting the whole barn. The owner, her husband and son go up for some weekends and stay in half of it. You’re renting your own half, with a separate entrance, and, she assures, plenty of privacy. Anyone going?