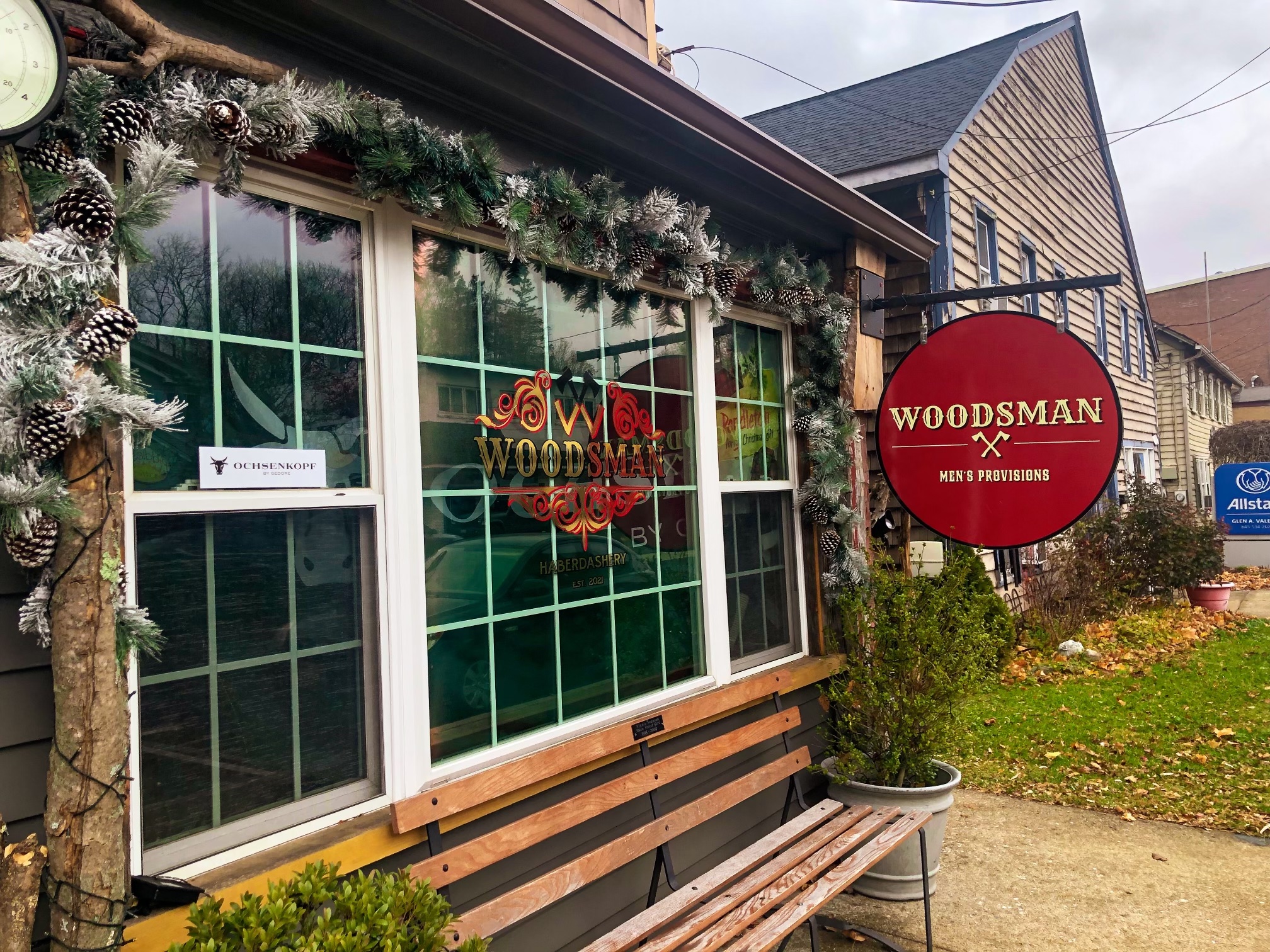 No man is an island, but a town is a different story. Cornwall, and its adjacent village of Cornwall-on-Hudson (differentiated by locals as “Uptown” and “The Village,” respectively) are hemmed in by the Hudson River, Storm King Mountain and the Western Hudson Highlands, and the sprawling expanse of Black Rock Forest Consortium.

All of these natural features keep Cornwall hidden from the rest of the Hudson Valley. “It creates a different kind of environment,” says Scott Teresi of the Cornwall Chamber of Commerce. “A different kind of place where sometimes you feel like time has kind of stopped.” Prima Pizza, on Main Street uptown, proudly proclaims that it’s been “a family tradition for over 40 years.” They opened their doors in 1954, 67 years ago. At some point, time stopped and they ceased even counting. 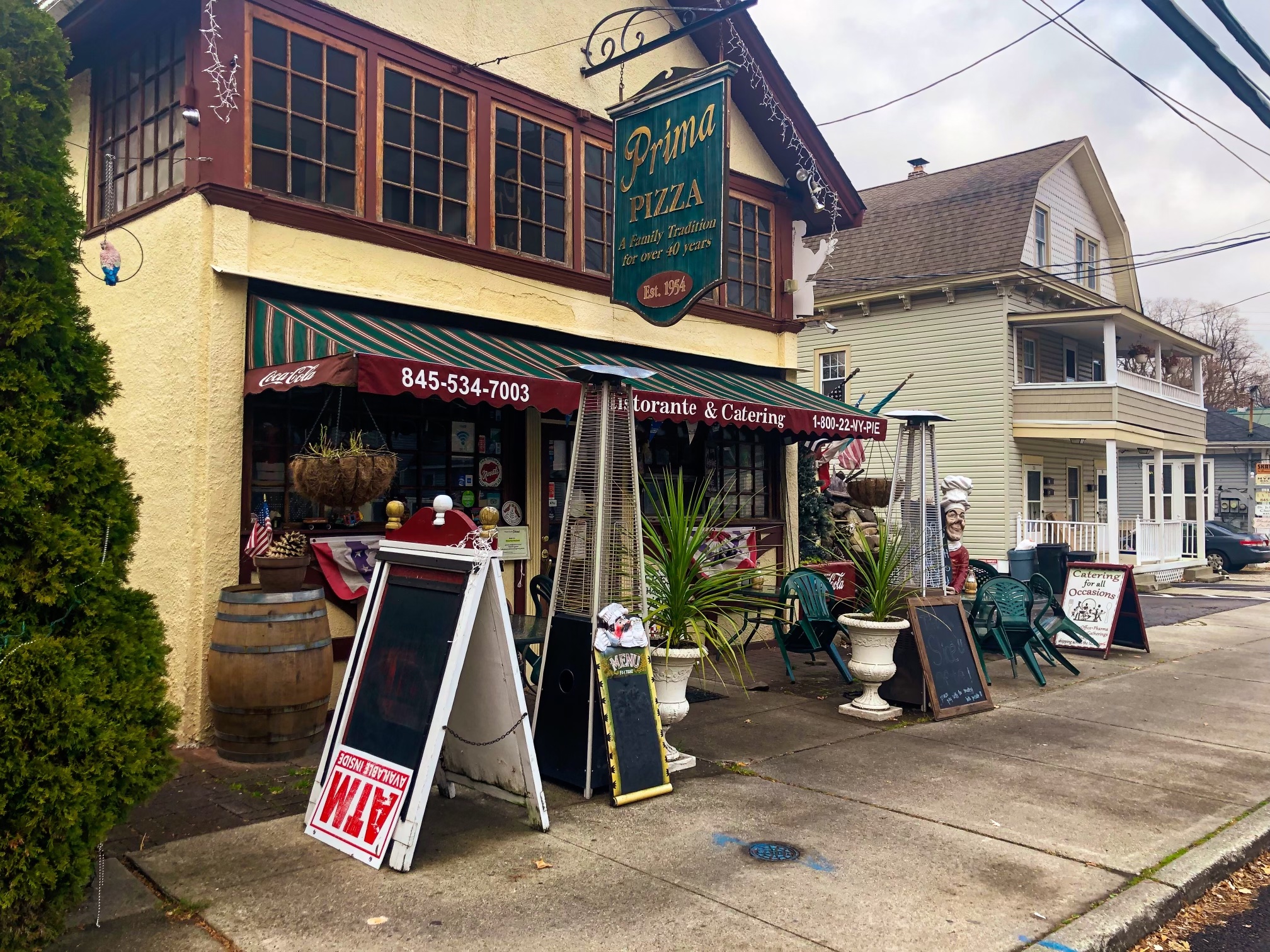 But to paraphrase Ja Rule, “yesterday’s hits” is just another way of saying “classics.” Prima is still where I usually take visiting out-of-staters who tell me they want some “New York pizza.” A friend from South Carolina that I once took there ordered a burger instead, and afterwards said it was the best burger he’d ever had. You don’t stay in business for 67 years and counting (or not) unless you’re doing a lot of things right.

Prima isn’t the only classic in Cornwall. Even if you haven’t been here in years, there will still be lots of familiar faces to greet you on Main Street. You can get a good meal and a place to stay at Painter’s Tavern in the village, a perfect breakfast at Fiddlestix uptown, a beautiful bouquet at Merritt Florist (in business since ‘56,) a latte and a comfy seat at 2 Alice Coffee Lounge’s tucked away in the residential stretch of Main Street between the village and the town. You may, however, start to see signs of the modern world creeping in. 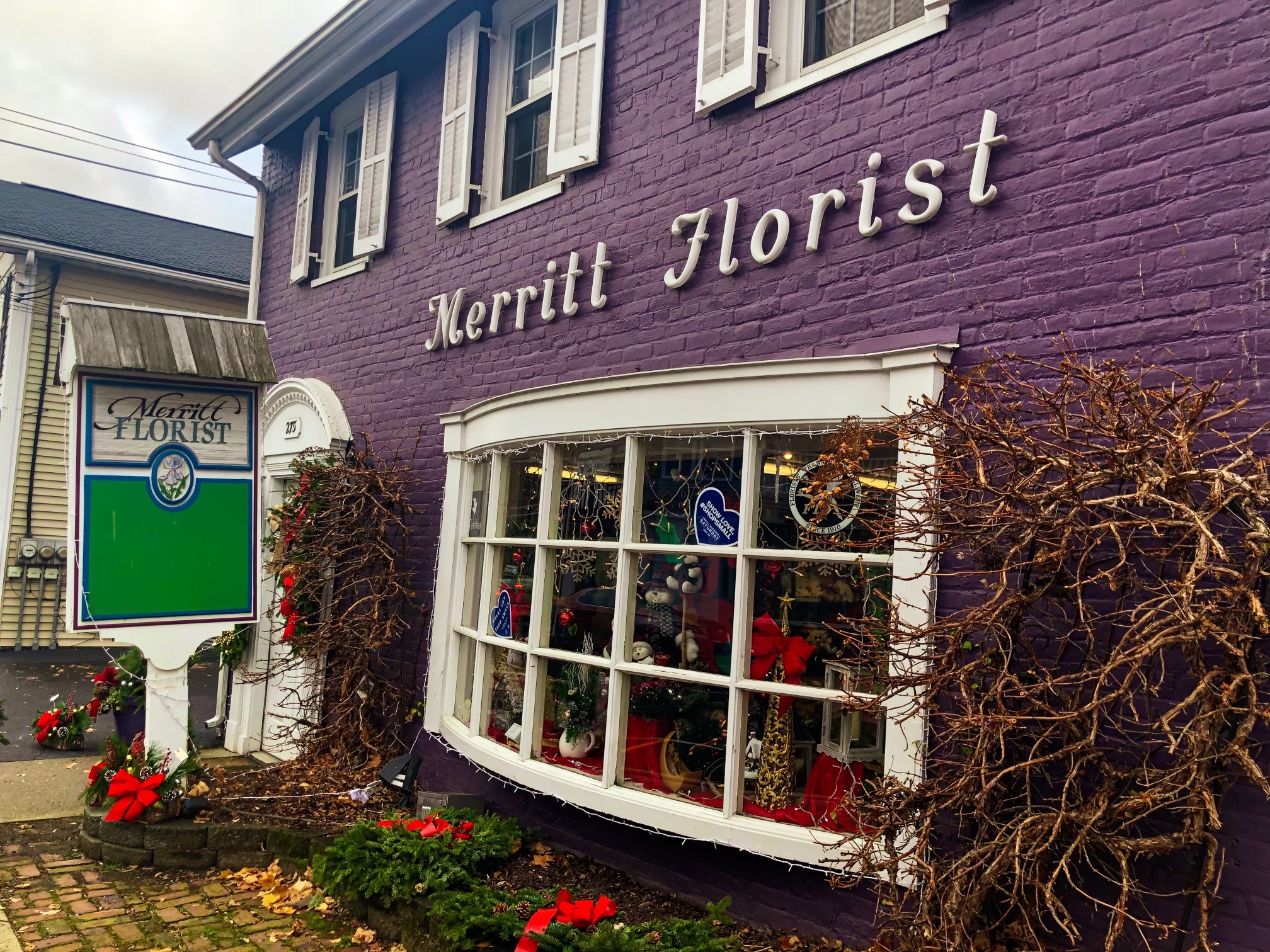 You may notice on the specials board at Fiddlestix the option to order an omelet with tikka masala pulled pork in it, or a dish of poached eggs and teriyaki hollandaise named after a Simpsons joke (A Single Plum, Floating in Perfume, Served in a Man’s Hat, $16.) You may notice the high-end wood-bedecked audio equipment in the window of Hudson Valley HiFi. 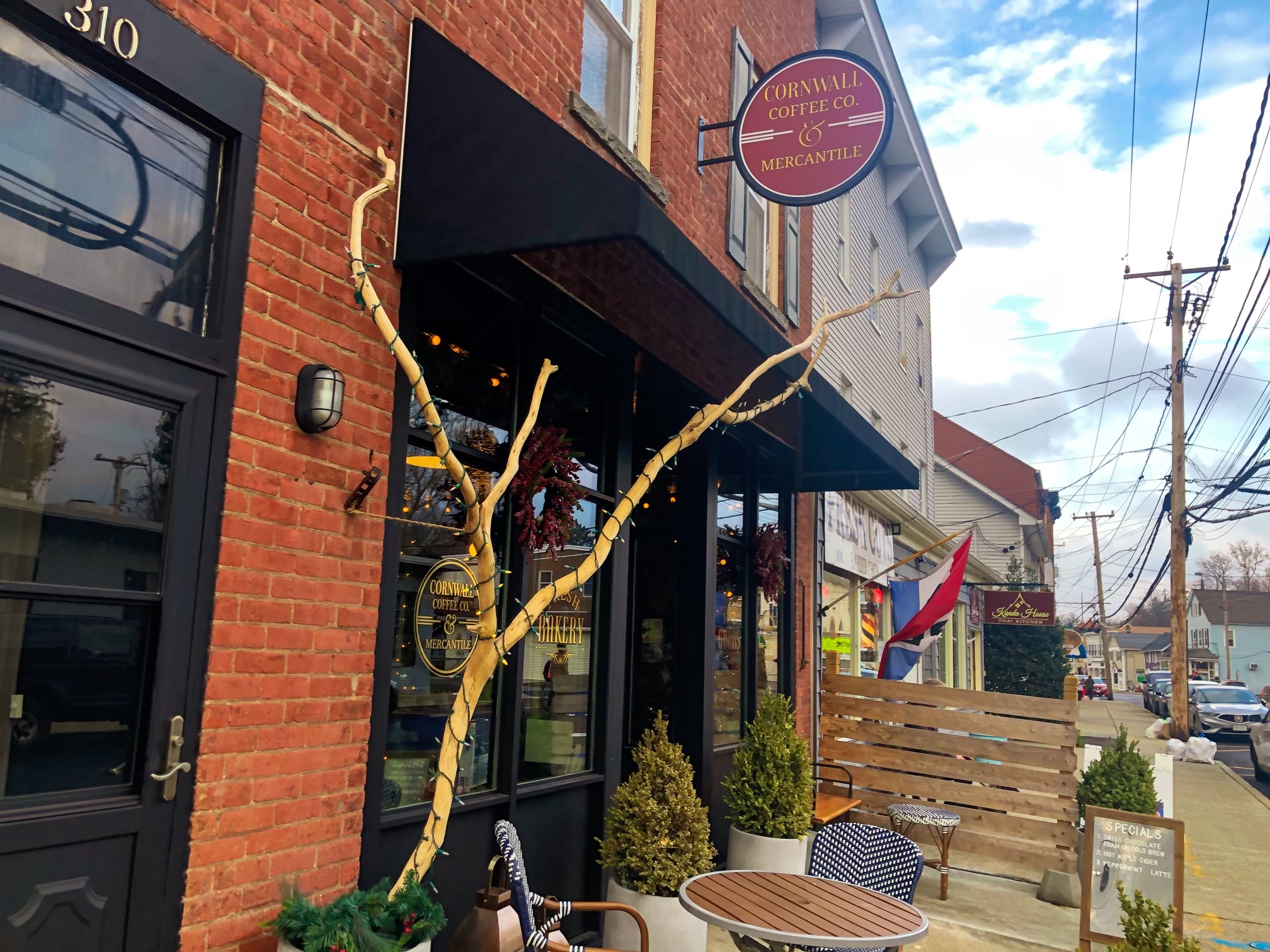 You may notice a second place in town now to get a latte, Cornwall Coffee Company & Mercantile. You may notice the luxurious scented candles, artisanal grooming supplies, and elegant Le Creuset Dutch ovens on the shelves while your latte is being foamed and think to yourself “Huh, I never figured a store with this aesthetic would come to mid-century Cornwall.” Then you’ll walk out the front door with your drink and run into a second store with the same aesthetic: Woodsman haberdashery, stocked with cozy flannels, elegant watches, and more bespoke axes then you can throw into the side of a Monitor Audio W10 subwoofer. 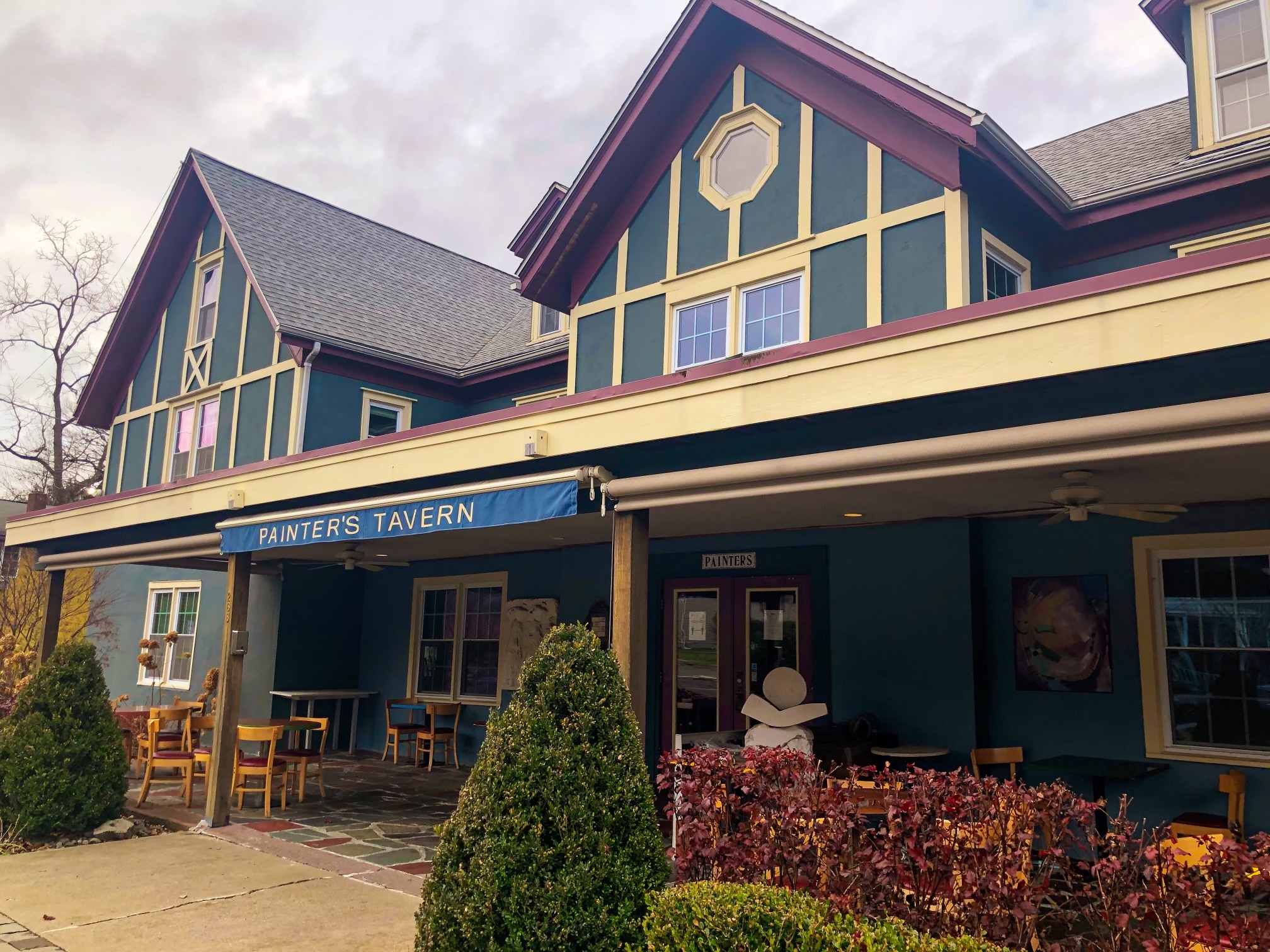 So, yes, change is finally afoot in Cornwall. And more change is to come. Camera crews have descended upon the town and village for an upcoming episode of the HGTV limited series “Home Town Kickstart.” Cornwall was one of the only six towns in the country to be chosen for the series, which will feature renovation crews taking on various projects across town. Locals lobbied hard for Cornwall to make the cut, feeling that their town fits the series criteria perfectly: Giving a boost to towns that don’t need a total makeover, just a little spark to help people notice what’s already there. So now might be a good time to visit Cornwall if you haven’t been, so that you can tell your friends you knew it back before it became famous. 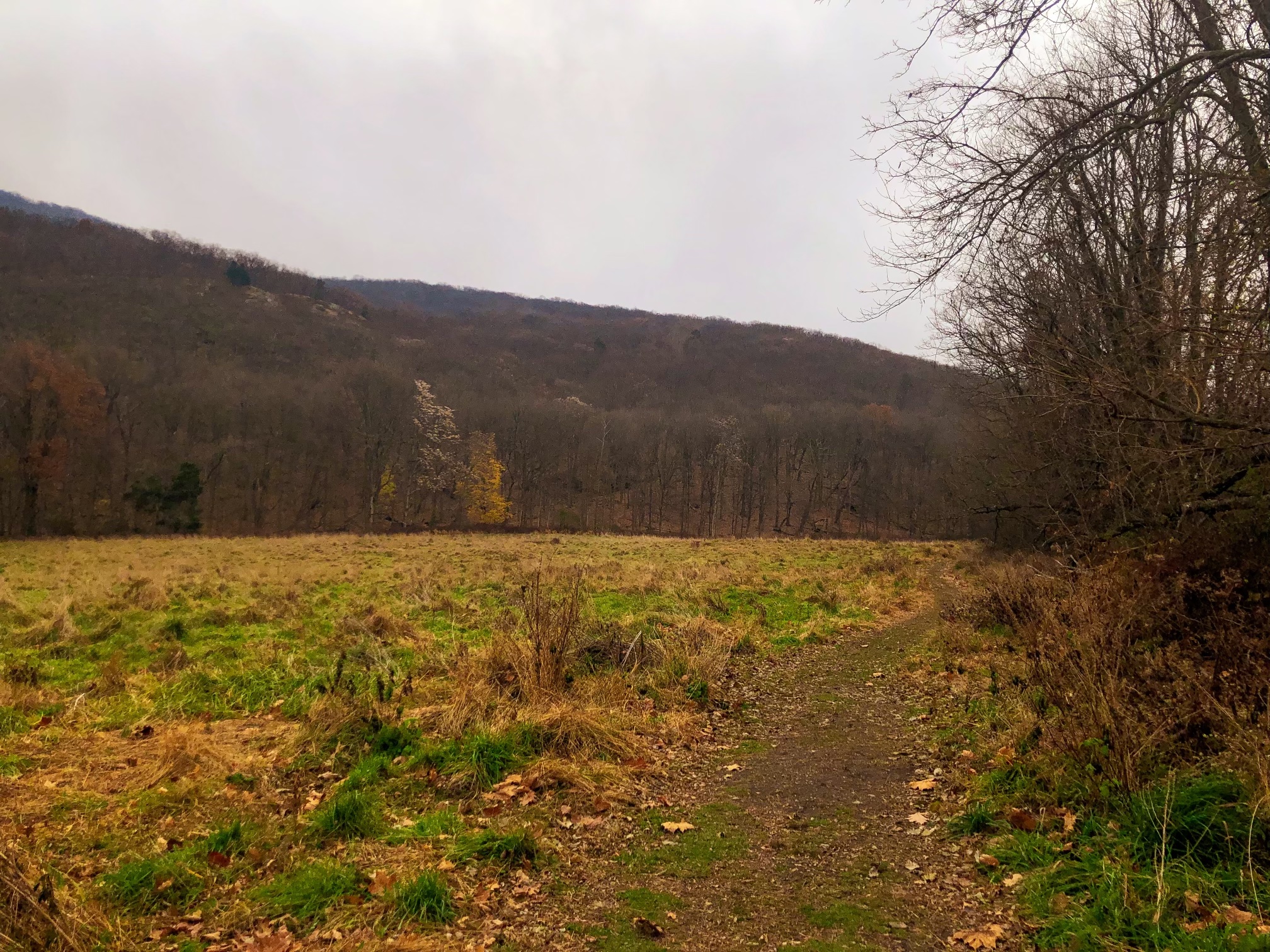 If you can’t get to Main Street when you visit because of film crews and/or the paparazzi, then you can instead check out the other thing that Cornwall is most known for besides its authentic 1950s vibes. The town is credited with being one of the birthplaces of the modern environmental movement, as well as the entire concept of environmental law, for successfully stopping Con Edison from hollowing out Storm King Mountain to build a power plant in the 1960s and 1970s.

“The preservation of that mountain is something the people here feel very proud of,” says Bill Braine, who serves on the village board for Cornwall-on-Hudson. “And we don’t take it for granted. We’re pretty focused on preserving the bucolic, natural character of the community in a way that pays off in having a lot of green space.” 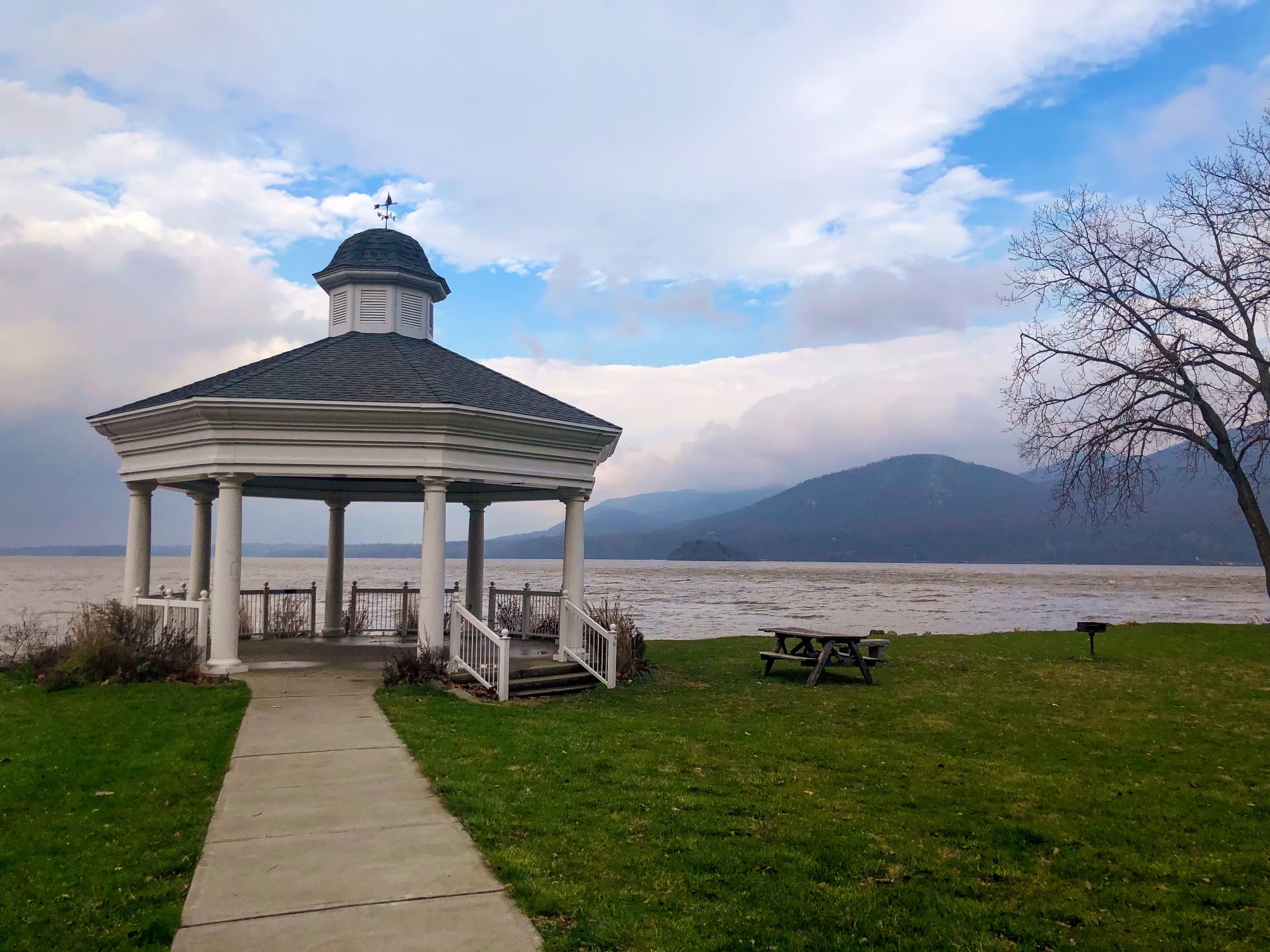 Hiking to the top of Storm King is the best way to steep yourself in that bucolic, natural character, but not everyone will be up for such a rigorous hike. You can still enjoy the wonders of the Hudson Highlands Nature Museum, launch a kayak from Cornwall Landing, wander through the meadows at Stowell Trailhead, or just sit by the river and enjoy the stunning view at Donahue Memorial Park, located at the spot where the infamous Con Edison plant was supposed to be built. With a picnic lunch from The Farmhouse Market, you could spend pretty much all day here, watching the clouds and tides roll by, with views of Bannerman’s Castle, Newburgh, and Beacon upriver. Change may be coming to Cornwall, but some activities are simply timeless.