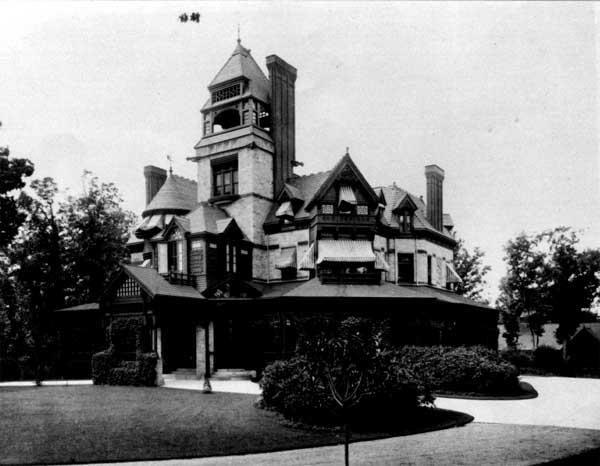 Sargent’s design of John Wanamaker’s country estate “Lindenhurst” was the coup de grâce of his career.

“The details are not the details. They make the design.” — Charles Eames

Once upon a time in the late 19th century there was a British stage actor who abandoned his noted stage career for the allure of America. Upon moving to Manhattan he enrolled to study architecture at Cooper Union. Following graduation he would work as a delineator for Fredrick Law Olmsted in the designs for Central Park and would later create stunning architectural renderings from famed New York architect Calvert Vaux. As his architectural career blossomed and matured he would design over 800 houses. Additionally, he would design office buildings, schools, hospitals and churches. The coup de grâce of his career was the design of John Wanamaker’s country estate Lindenhurst, outside of Philadelphia. John Wanamaker’s international fame was such that the allegorical millionaire of Bernard Shaw’s Pygmalion was named Ezra Wanafeller, a portmanteau of John Wanamaker and John D. Rockefeller. Wanamaker’s was also the first American department store to sell art from Paris salons to its customers. A rather intriguing tale of a young architect, a park, a department store and the Gilded Age. A tale, oddly enough, with ties to a particular house on a particular block in the Hudson Valley town of Kingston, NY. 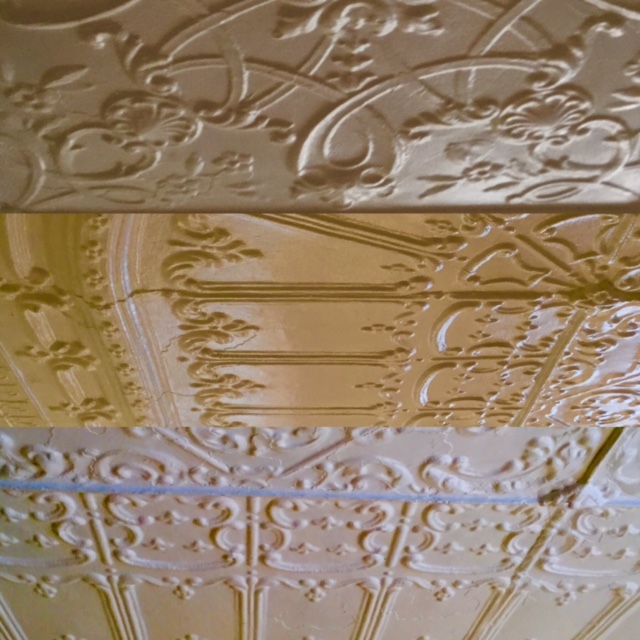 In 1883, Dr. Elbert H. Loughran hired the aforementioned architect, Edward Alfred Sargent, to construct a brilliantly refreshing shingle style home at 25 Main Street in Uptown Kingston. True to the stylization of the period, the home abounds with endless details; those that appeal to the aesthetic as well as to the eccentric. Sargent’s architectural style was characterized typically by multiple verandas, idiosyncratic massing, shingling, turrets and deep recesses. The exterior facades also generally included a 19th century version of a Palladian window. Sargent’s exterior and interior designs were complimented with an endless eye for detailing. 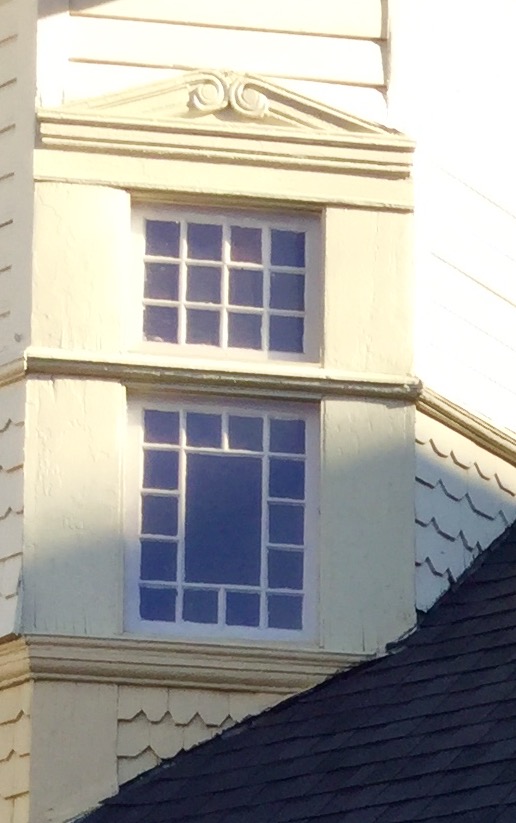 Recently, when dual Hudson Valley residents James Aguiar and Mark Haldeman began searching for an investment property, Sargent’s Loughran House was a natural fit. Having purchased one of Kingston’s premiere mid-century modern homes nine years ago, the couple were looking for a new project. The mid-century restoration project of James, the National Fashion Director for Modern Luxury, and Mark, Regional Manager Retail for Paul Smith, has garnered numerous feature articles from the New York Times to our very own Upstater. In 2014, the Friend’s of Historic Kingston recognized Mark and James’ restoration efforts with their annual Preservation Award. A chic, fun couple with great style and taste, with a keen eye for design were the natural next owners of Sargent’s Loughran house. Prior to Mark and James recent purchase, the house had remained in the Loughran family for over one hundred and thirty years. In the late 1980s the Loughran family converted the home into three stylish apartments. The former basement-level became a medical office, and the first and second floors of the home were converted into spacious multi-roomed apartments. 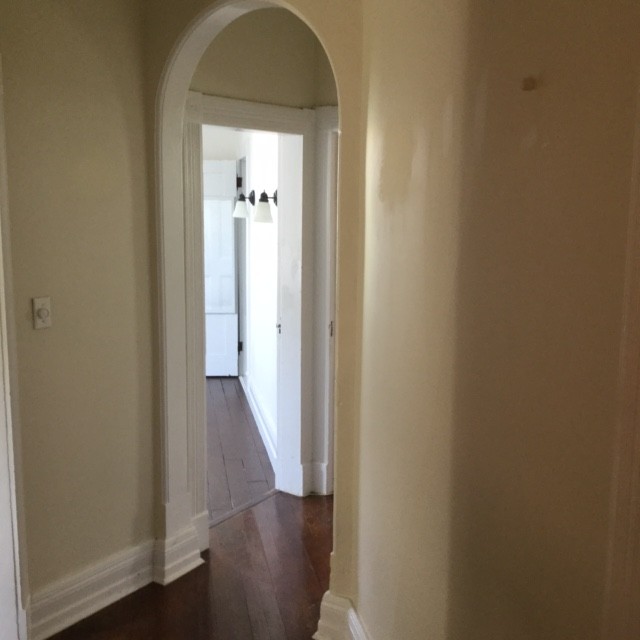 With a gaze to the future and a desire to eventually lie anchor a bit more permanently in the area, Mark and James, like many dual- and full-time residents of late, decided now was the time to invest in property in the city of Kingston. Thanks to the skills of realtor Mary Orapello (Murphy Realty), the couple were able to secure this Victorian Gem for a price point of under $300,000. “For now we will begin to accept applications for the three existing rental units. James and I are creating a ten year plan,” confirmed Mark. Thoughts of a potential inn, bed and breakfast, etc. quickly come to mind as we surveyed this amazing property. 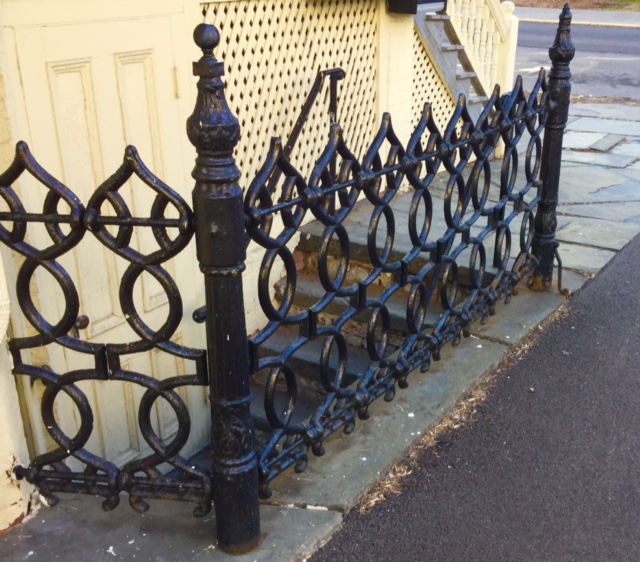 With a short walk to the farmers market, musical venues, restaurants, the Stockade Tavern and other lounges, the three rental units should be filled quickly. The basement unit priced at $950 per month features exposed brick walls, detailed tin ceilings, and oozes with character. The first floor apartment, listed for $1550 per month, is a heaven of architectural elements, cozy nooks, hard wood floors and stained glass accents. Both the first floor and second floor apartments share Sargent’s highly stylized original entry hall. A decoratively designed stair case, cornices, a beveled mirror gallery and a uniquely designed Dutch door with stained leaded glass define this area. The expansive light filled second floor apartment, renting for $1750, offers captivating views of the architectural beauty which predominates Uptown Kingston. Sargent’s meticulous precision for detail paired with a flair for the theatrical are readily apparent on each floor of this home. 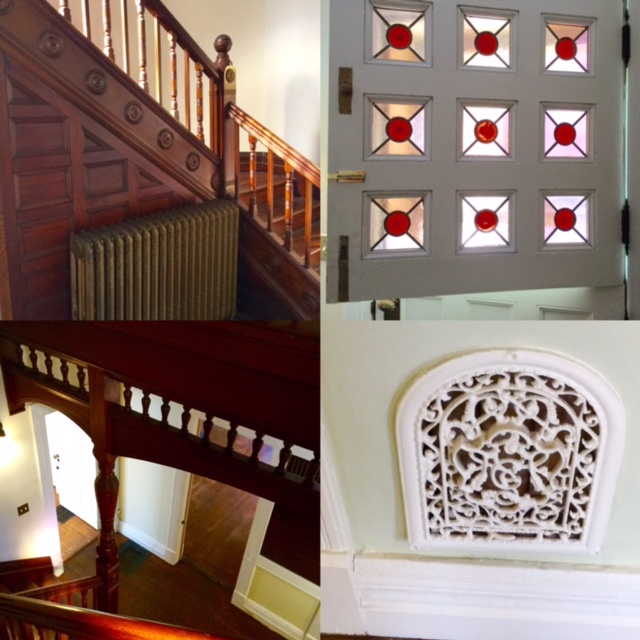 For more than four hundred years the architecture of Kingston has evolved. Along the way, noted architects, industrialists, infamous characters and the well-healed have dwelled alongside one another. Recently, thanks to a resurgence in business, tourism and with the advent of telecommuting, Kingston, NY has seen a rebirth. Within the last two years the real estate market has changed dramatically. No longer do listed properties linger endlessly on the market. For those wavering on whether a move upstate is the right decision for their lifestyle, a few boutique rental properties, like James and Mark’s Sargent designed Victorian, provide the perfect trail run on upstate life. There’s highly stylized properties for a fraction of the cost of a Manhattan rental, properties with history and charm. Perhaps in some cases the rentals themselves could become long-term rented second homes. Why not? A terrific long-term weekend apartment within minutes of sailing, skiing, and hiking venues, just steps away from dining and shopping in a rapidly progressing city. what could be more appealing? 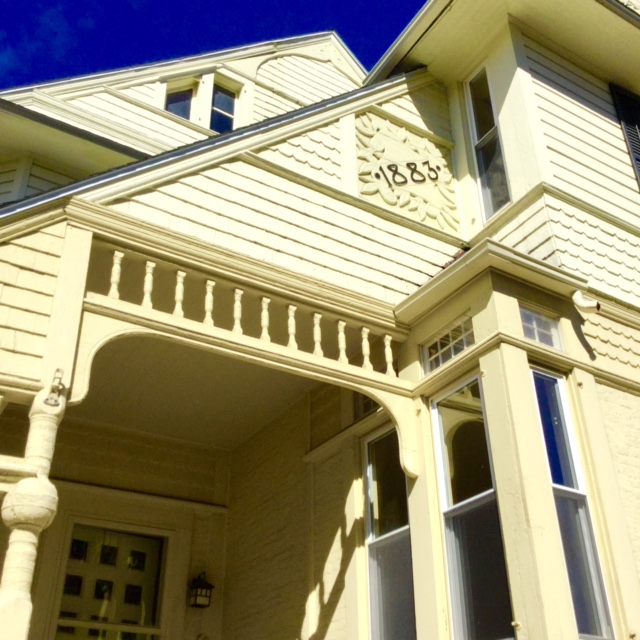 Edward A. Sergeant’s 1883 “Loughran house” is a shining example of the Victorian Shingle style of architecture.