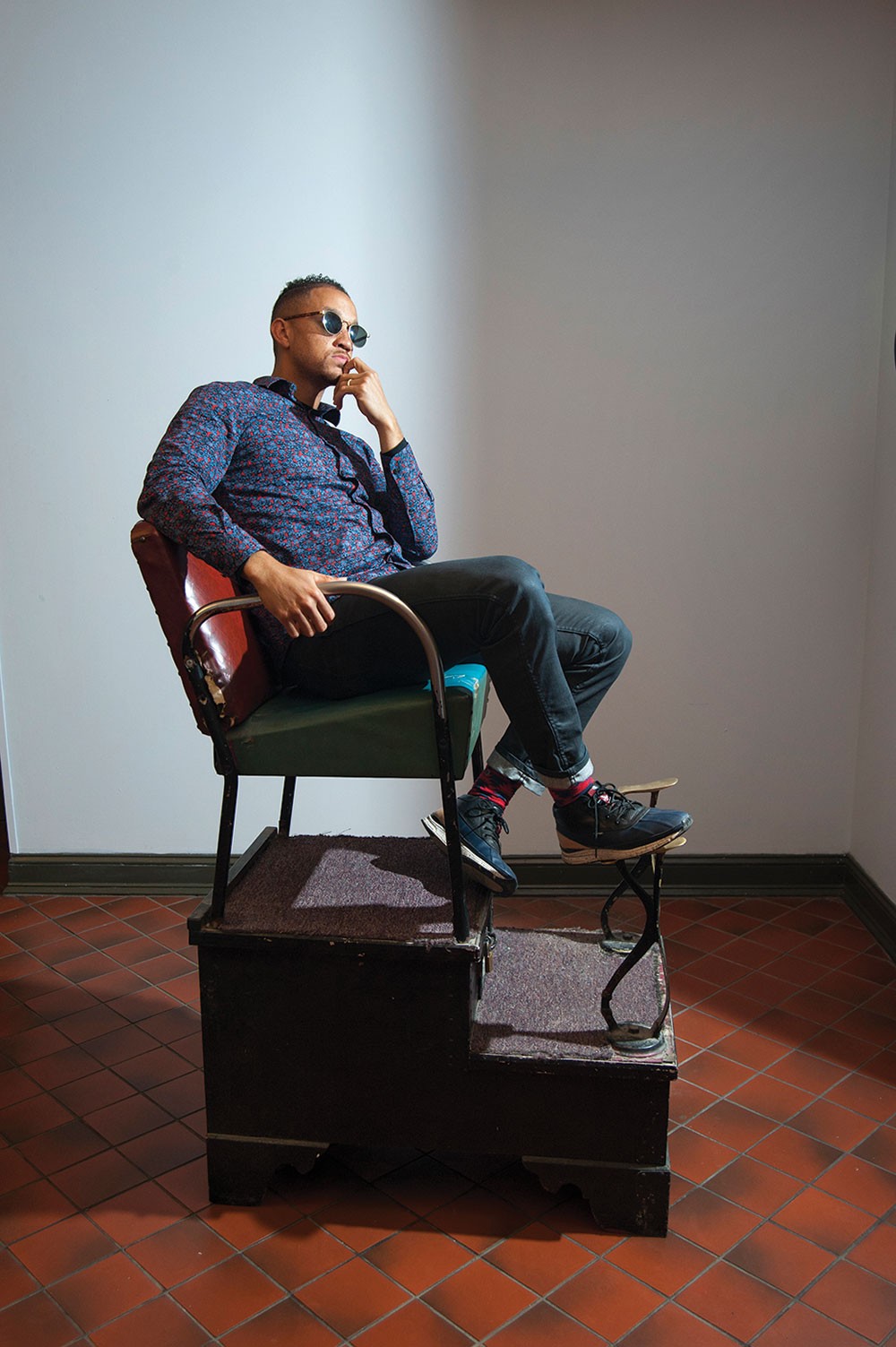 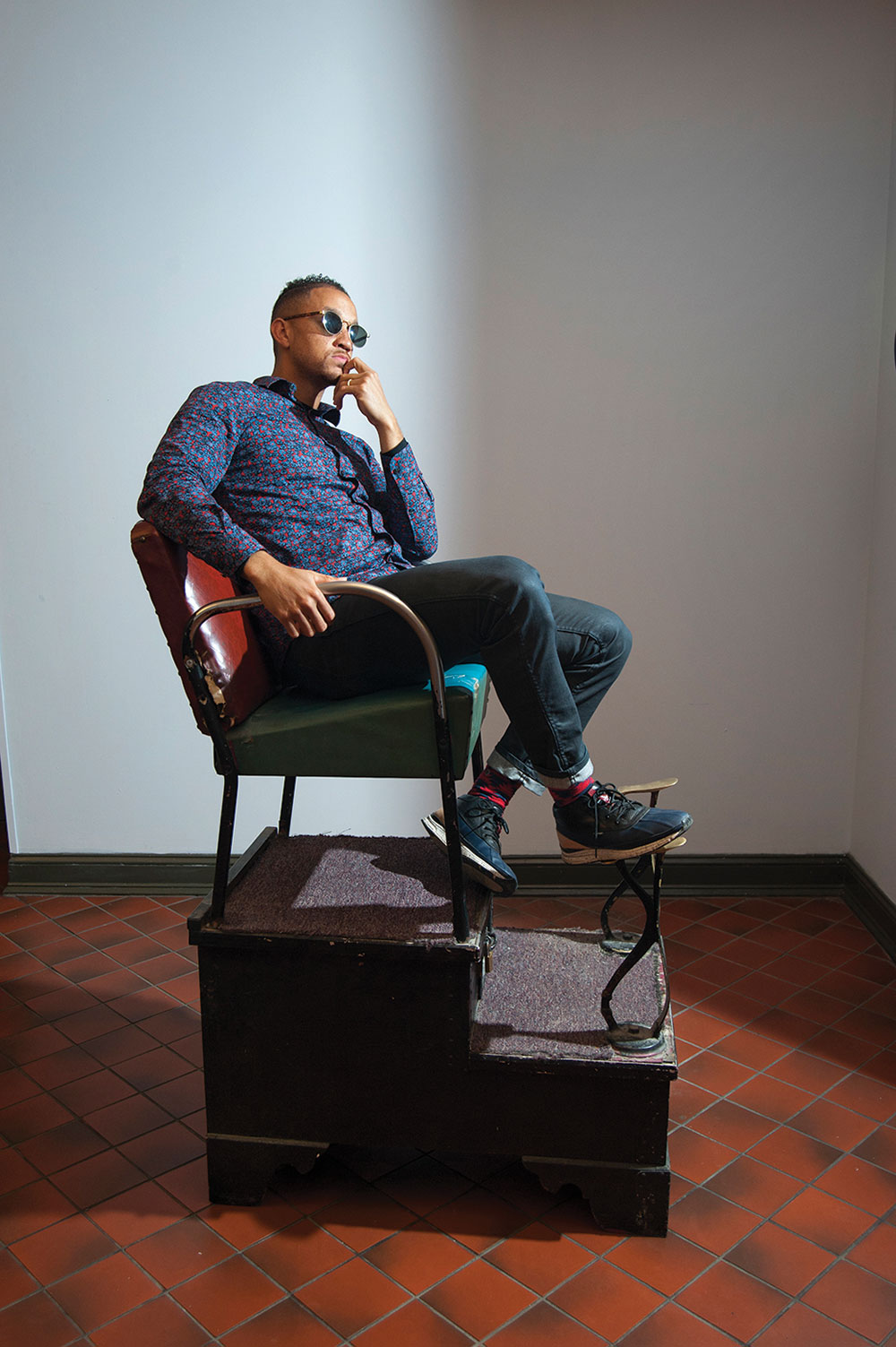 Hometown: None. “Newburgh is my 23rd stop. Most of [my life’s] been in Newburgh and Brooklyn, but I’ve lived in four of New York’s five boroughs, in Texas, in Puerto Rico, in Delaware County, in Warwick—all over.

Works in: Newburgh. “Businesses used to be afraid to stay open after dark. Now we have a ward system for the council with real representation, and a great city manager, and a lot of people are dipping a toe in the water and jumping in and saying, ‘Hey! Not bad!’ I’d say there are one or two new businesses and three or four new homeowners a month. It’s getting more culturally diverse.”

Favorite part of life in the Hudson Valley: “I can go from city to country in five minutes, on foot.”

Least favorite thing about upstate: “The cold. A Virginia climate would work. When water starts freezing, that’s too much.”

“Travel gives you an old soul,” says Decora Sandiford. He should know—he’s been on the move and writing about it since he was 13. Today, he’s renowned for both his art and his activism, and he and his longtime partner, Jennifer Loeb, are parents of a son, Samson, born in 2012. But he found his life’s path in 2001, at an open mike night at his alma mater, Orange County Community College. There, he met some boon companions, and founded the ReadNex Poetry Squad. In 2008, the quintet toured 40 cities, released an album, Social Issue (followed by The Day before Sound in 2010), and launched “Hip Hop and Poetry Saved My Life,” a youth workshop targeting multiple intelligences via multi-arts education. Today, the workshop is taught at 87 schools across the U.S. and abroad, and ReadNex’s five members consider one another family.

In 2009, ReadNex played the Great Hudson River Revival, aka the Clearwater Festival, with the late Pete Seeger’s grandson, Tao. “Teaching hip-hop workshops, we hit around 100 schools in three years [as] the education departments of both New York State and Washington, D.C., and lots of organizations picked it up,” Decora recalls. “One was Clearwater. I started talking with Pete Seeger—he didn’t have an entourage. We just hung around the office. So did Tao. Which was how we got to be the first hip-hop act, maybe the only one yet, to perform at the Clearwater Festival.”

Though Decora’s social activism is focused, he doesn’t “necessarily aim for particular targets.” He explains: “Artists are nothing more than vessels given a message to put out to the world; people will interpret a song in different ways, depending on what they need at the time.”

Decora’s first solo album, Bread and Oats, came out last spring; his track “Flowers” updates in rap Seeger’s classic folksong—“Where Have All the Flowers Gone?”—and pays homage to Seeger, who died in January 2014. The album has won kudos. “Decora has set a monumental task before himself … but he does it remarkably,” writes Nathan Leigh in Afropunk magazine. “Definitely check this one out.”

But music isn’t Decora’s only social change method. In 2008, he founded the Urban Farmers League to grow organic produce for Newburgh’s low-income residents. The organization has since become part of Cornell Cooperative Extension’s agricultural programing, and Decora has founded three Newburgh farms, prompting Hudson Valley magazine to include him on its “People to Watch” list in 2012.

Watch, hell. Decora wants us to dance. “I stumble on the humble / So the audience can get intimate / I want people to catch this / Like a cold on a business trip,” he writes on IAmDecora.com.