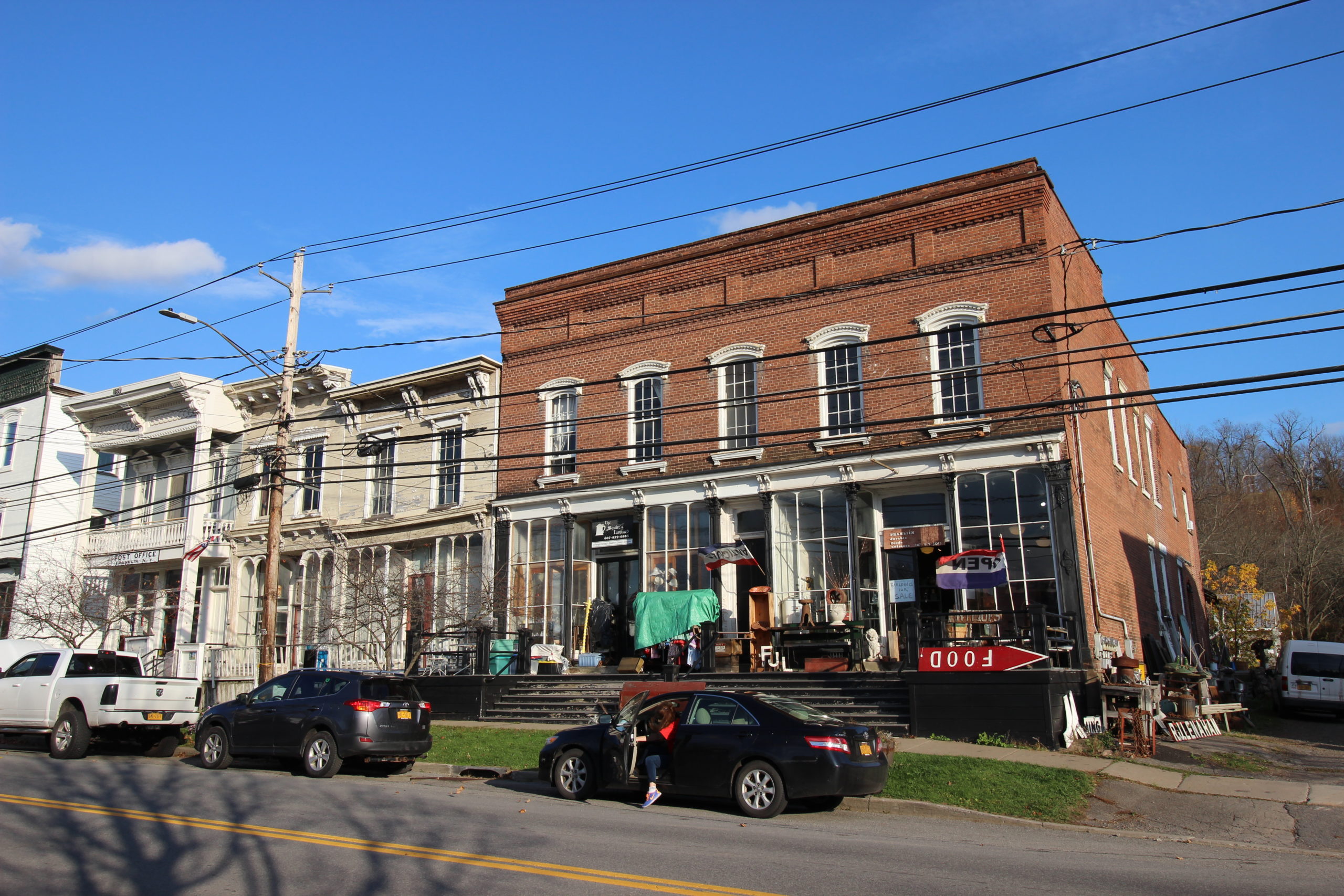 The real estate boom has not been restricted to the Hudson Valley. The waves of buyers that flooded the region travelled farther and wider than at any time since 2001. The sleepy western Catskills got swamped as well.

I’m an associate real estate broker with a company that serves Otsego and Delaware Counties. I moved from Ulster County to Franklin, a small town at the northern border of Delaware County, almost three years ago. When I did, I worried about building a business in a brand new area. I knew no one. My clients were mostly New York City expats who weren’t interested in anything farther from the city than Kingston. I expected it to be a gradual, multiyear project.

I had multiple closings in October, and several more are due in November. Every Realtor I know is having the same experience. Prices are climbing, demand hasn’t slowed down with the arrival of autumn, and there just isn’t enough inventory. 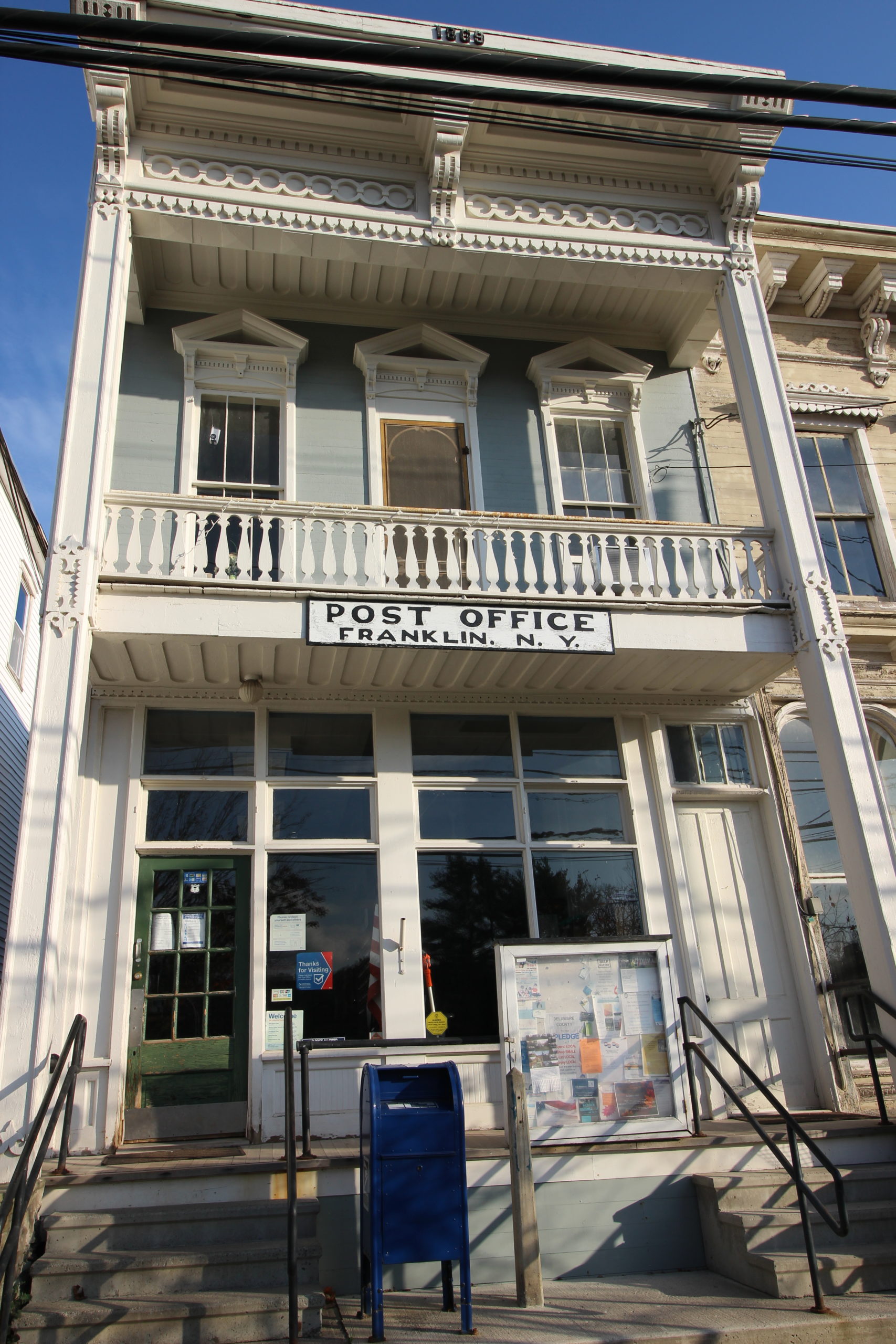 This doesn’t sound like Delaware County. This is Ulster and Sullivan County’s rural, somewhat depressed neighbor; the biggest county in the Catskills and its most sparsely populated. It’s traditionally been too far to travel to for the majority of downstate part-timers, with a few intrepid exceptions. The lack of work has kept it relatively unpopulated, and it’s been a reliable hunting ground for homebuyers on a budget.

But the COVID rush changed everything.

Statistics released by the local multiple listing service for September show that real estate closings are up almost 19 percent over the same time last year. The median sale price is up 24 percent. The number of houses for sale since the same time last year is down 21 percent. It is a textbook illustration of a sellers’ market. My company, Keller Williams Upstate Country Properties, posted a record month in September. There were 95 closings and 147 properties went under contract to sell. It wasn’t just us.

Rob Lee, a salesperson with Benson Agency Real Estate in Oneonta, said he sees no indications it’s going to slow down. “I was going to try to retire,” Lee said. “Instead, I’m working much more. There are buyers for homes anywhere from $100K to $500K, and there’s a lot more interest in bare land, too.” 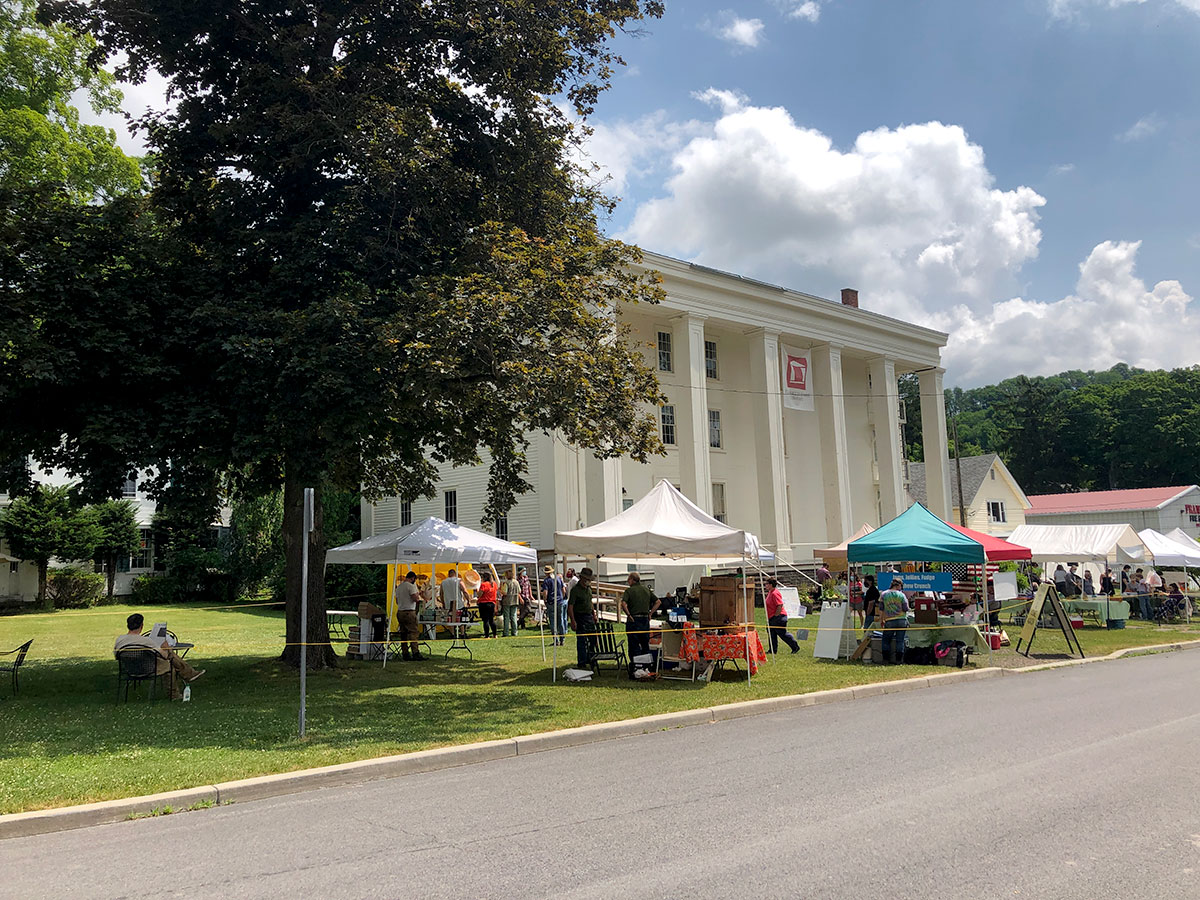 Lee says he is currently working with a buyer from New Jersey who is interested in a 100-acre parcel to build on. “He wants that land as a buffer,” Lee explained. “The goal is to get the hell out of Dodge.”

Lee recently sold a very large historic home in the village of Franklin. Franklin is an unusually well-preserved town; so well preserved, in fact, that the village is on the National Historic Registry. The house in question was a gem, right on Main Street. It was a stunning, somewhat faded Italianate on a corner lot with high ceilings and stunning chestnut woodwork and floors. The asking price was $125K, reflecting the updating that it needed.

“For some reason, people lowballed the hell out of it,” Lee said. “I had experienced agents tell me $75K was a solid offer.” They misread the market. It sold for full price to a young family from Brooklyn. Lee said they were able to see past the work required, and they rejoiced in the space and small town charm of their new home.

Two of my downstate clients, Renata Mantoan and Chris Elsner, closed on their country getaway in early October. They fell in love with the area when their rescue dog ran off while they were visiting. They said it seemed like the entire community pulled together to reunite them with their pet. Elsner said they decided Delaware County, and Franklin in particular, was where they wanted to buy. 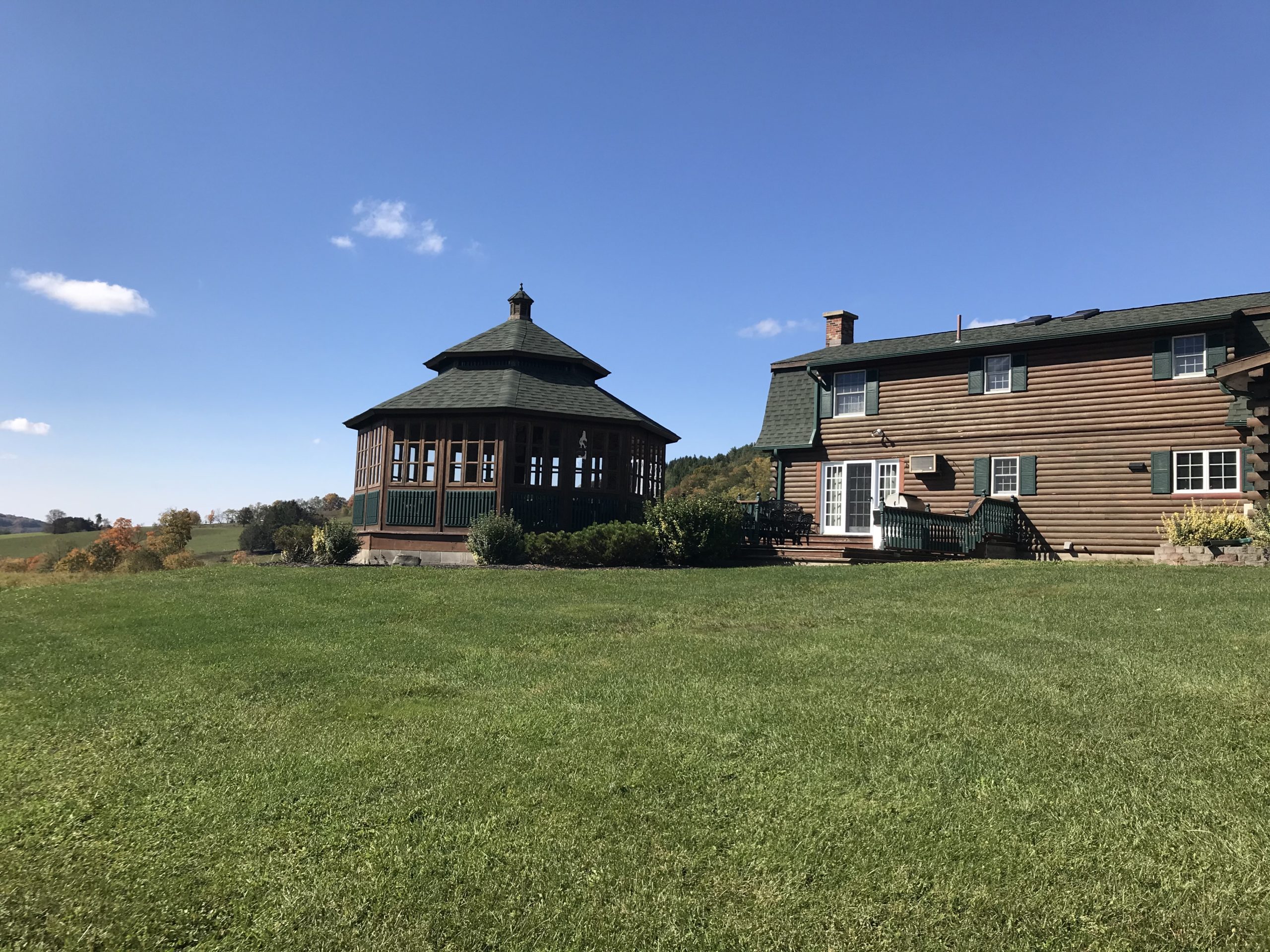 “The three-hour distance from the city does sound long, but the area was special to us, and we got so much value out of it that it was worth it. Also, we believe the area will go up in value more than other places closer to the city given how overpriced those are already.”

They bought a sprawling log home with a separate guest unit, an elegant barn/outbuilding, and about 100 acres.  In the Hudson Valley, it would have been a multimillion-dollar property. In Delaware County, it was less than a million.

“New York City can be tough and having a place to get away becomes a must once you start thinking about quality of life, and what you want to do when the city doesn’t offer that much value anymore.”

Not all of the new upstate residents are from downstate. One local house sold to a retired couple from the state of Washington. Their daughter lives within an hour of their new home. Two different buyer clients are from Washington, DC. And then there’s my childhood friend, who is now going to be my neighbor.

Michael Paxton is an Ulster County native who moved to Los Angeles more than 30 years ago. He bought a small commercial building in Franklin two years ago, figuring it was either a smart investment he could resell, or a building that could one day become a Hollywood memorabilia shop. The latter felt, he said, like a massive leap. 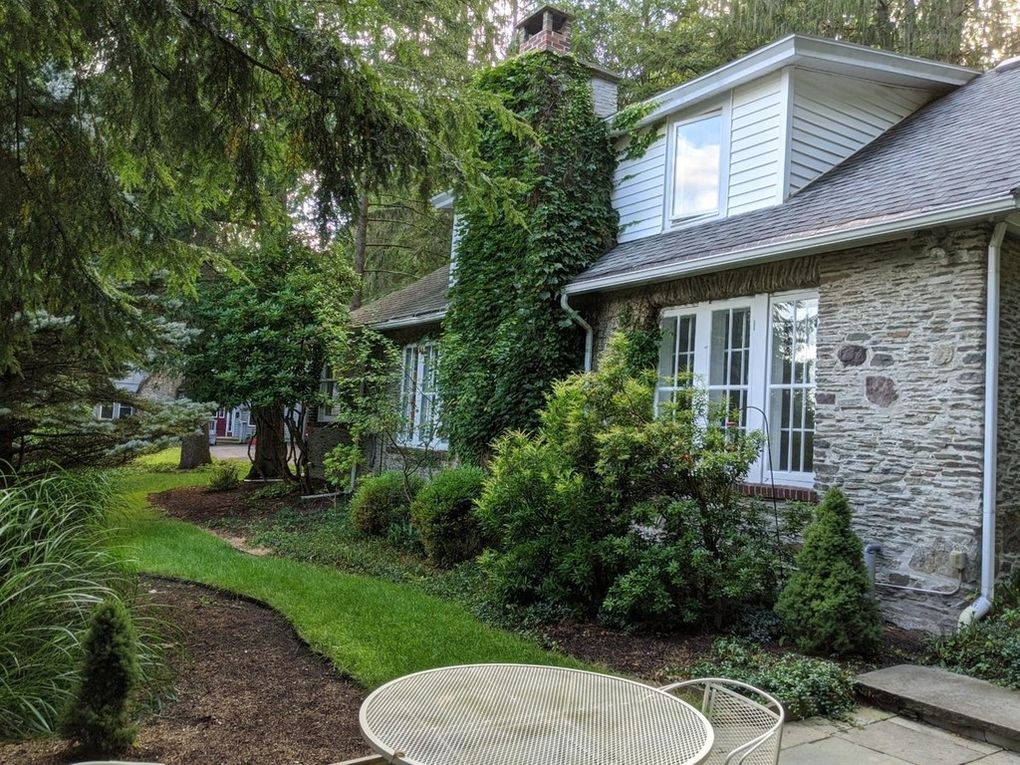 But 2020 is the year of massive leaps. He’s leaving LA. He closed on a house just outside the village of Franklin in October. Paxton anticipates there may be a little culture shock at first after so many years in California, but he’s looking forward to a major lifestyle shift.

“I won’t be able to run over to the local movie theater or museum to see a vintage movie with cast and crew or a panel of actors from a favorite TV show to talk about their experiences,” he says. “Plus, my life-long friends who still remain in LA will be missed, but many of them are leaving California, too. Work may also be a challenge, but as I am going to the East Coast to mostly work on my scripts and start a small business, most of my time will be taken up by those endeavors.”

Paxton is lucky he moved quickly on the house he found. We’re not accustomed to bidding wars and fast sales in the Western Catskills. But that’s what this year has brought. One house I listed sold, for full price, to the first person who saw it.

I’ve had potential sellers who wanted to downsize decide to wait. If they worried that if they wanted to stay local, they wouldn’t find anything. I’ve had buyers lose out on houses, over and over, because they didn’t act quickly enough. One couple refers to themselves as the “real estate good luck charms.” “Everything we like,” they told me, “sells as soon as we look at it.”

Winter is coming. Ordinarily, real estate stops dead until March. But so far, I’m not hearing anyone in real estate around here complaining that they’re not busy enough. In just one week in late October, I had a closing, two inspections, one pre-closing walk-thru, and one new offer to negotiate.