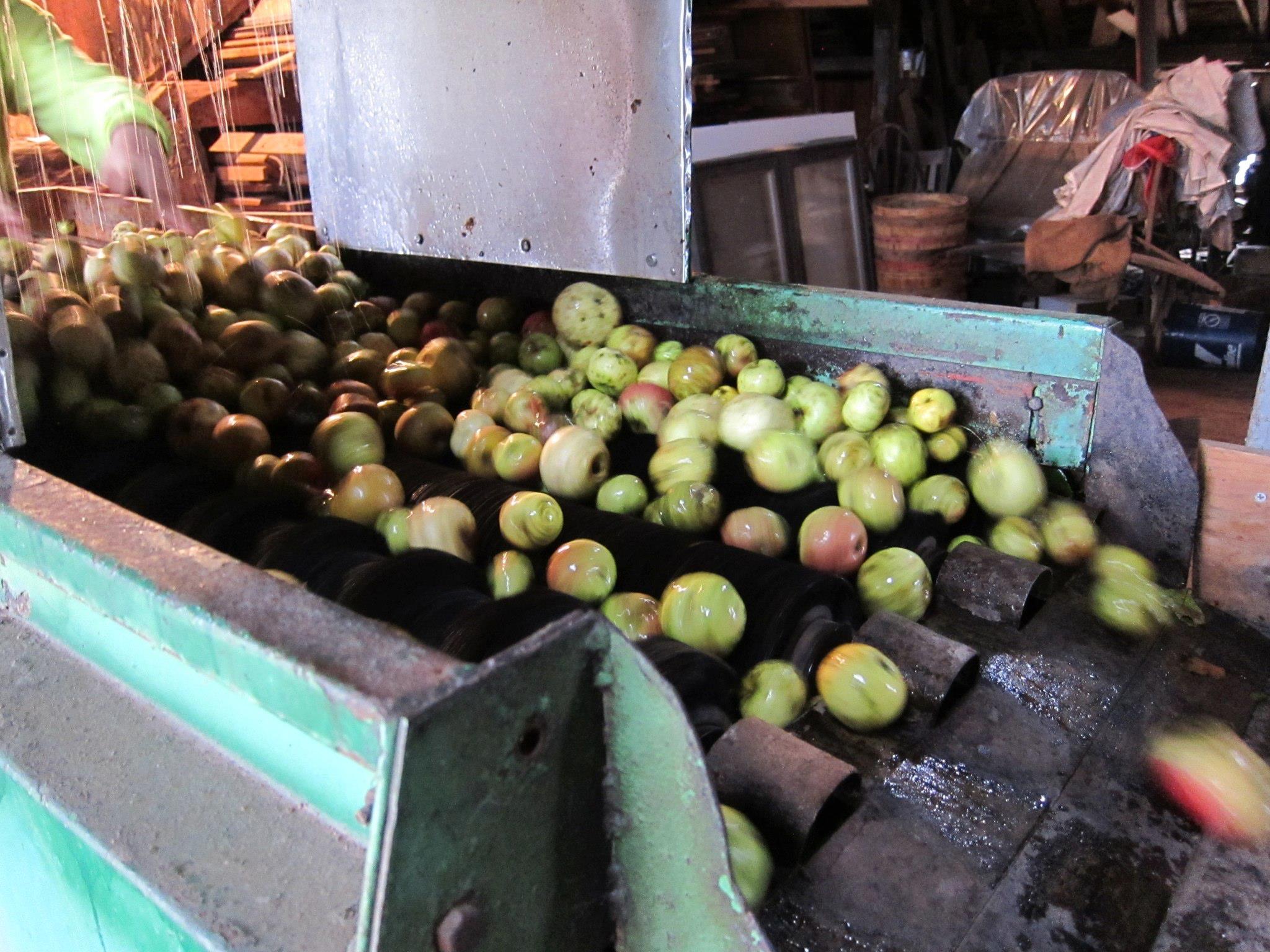 It’s apple season in the sticks and it’s been a bumper crop so far. Trees so loaded with wild apples the limbs are brushing the ground. Which means the fruit needs picking. And pressing into cider. It’s also this very week Cider Week thanks to the Apple Project, which is dedicated to getting us to rethink cider.

And by cider they don’t mean those sippy bottles you give your kids. No, they’re talking the hard stuff. Applejack – fermented fizzy, that’ll give you a buzz. And, that was once a staple on Upstate farms.

Here in my part of the Catskills we went with friends and 24 bushels of apples to press cider a couple weeks back at Hubbell’s. They’ve been making cider in the barn there since the 1860s, back when every farmer came with a wagon of apples and the cider was a necessary part of life – both the vinegar and the fermented beverage. Now the farm only does private pressings. They don’t filter, there’s no pasteurization so don’t bring any apples that have been on the ground (we all want to avoid e coli, no?). 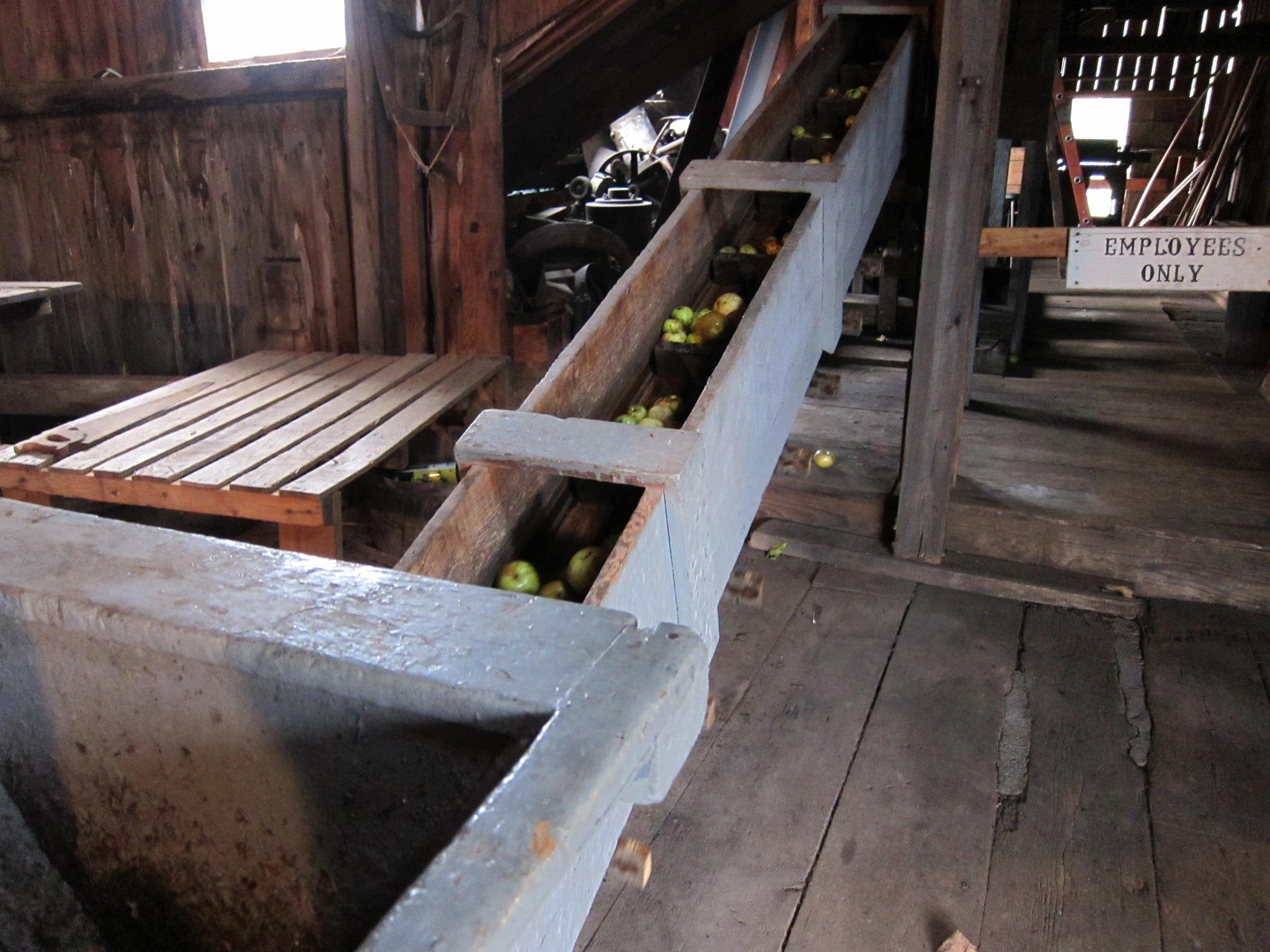 The operation is amazing. Some cross between Rube Goldberg and Willy Wonka as apples are spun and washed and chopped and then pulped into a press. The operation spreads across three floors and when we were there three generations of Hubells were operating it. The press was put in around 1864 and the engine running it in 1918 – it used to run a thresher and sawmill too.  Now it only makes cider from early October to early November – call Bob Hubbell 845 586 4777 to schedule an appointment. He’s the 4th  – of 7 – generations to be working the press). 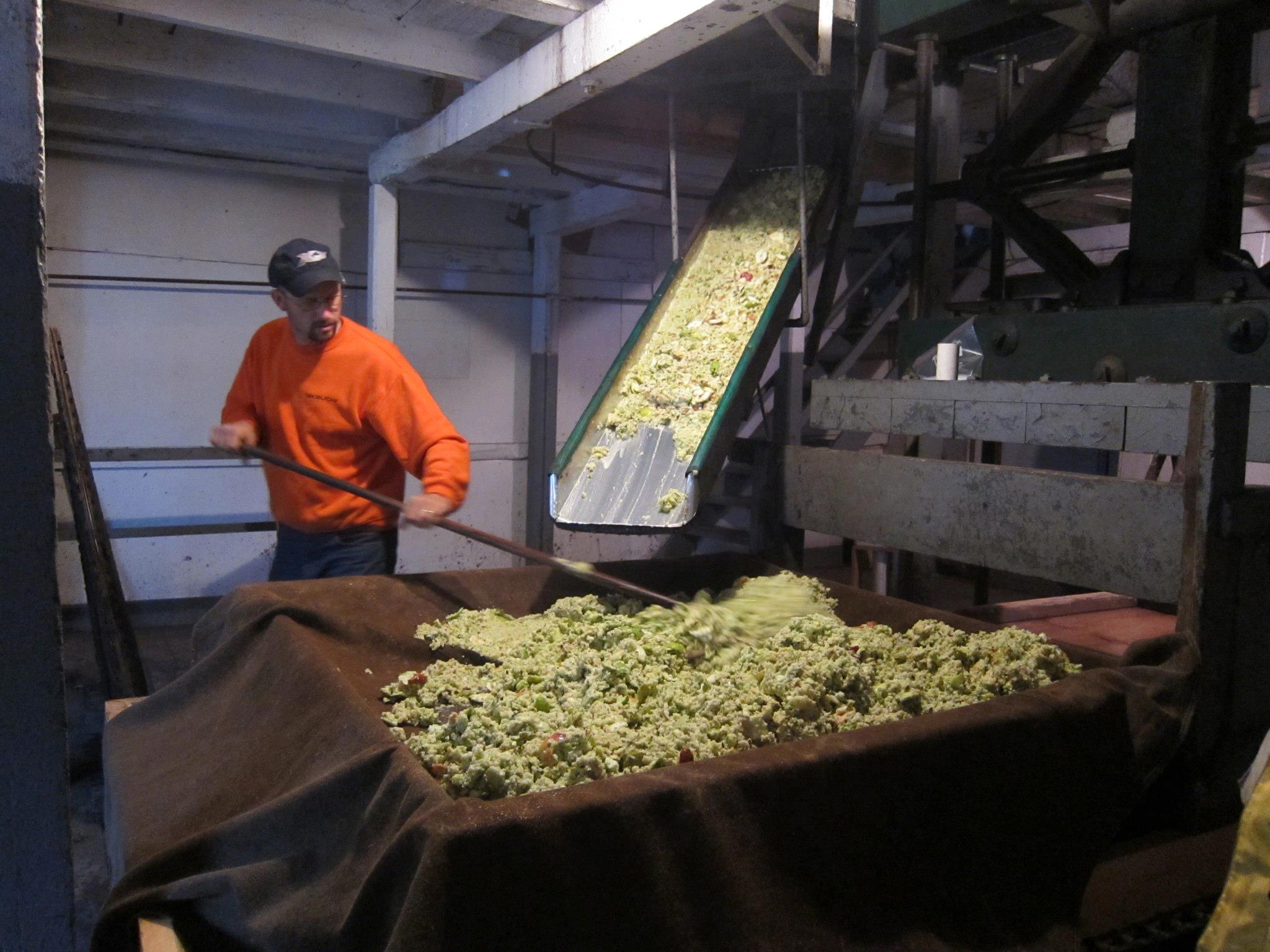 If you leave it to age you’ll get hard cider, and others around here – like the descendants of the industrialist Jay Gould – lay up their own apple brandy and something akin to champagne. If you can’t make it up to Margaretville to make your own cider, the Apple Project promises cider friendly dining at such places as the Gramercy Tavern and the Breslin all week. Apparently even the lovely wine shop Dandelion Wine is in on the act. 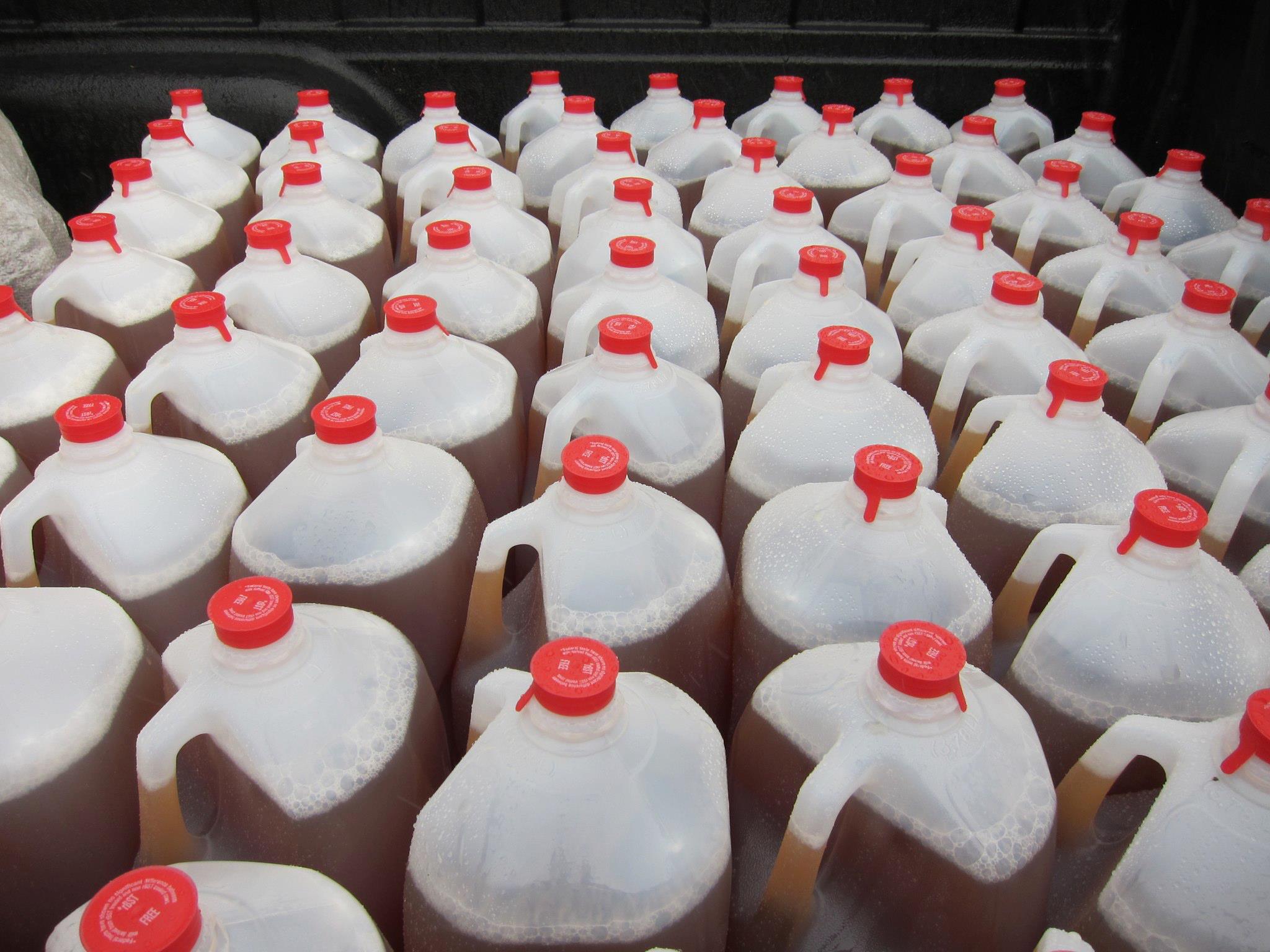