Every Thursday at noon, writer Larissa Phillips brings us tales of life in the country, post-city days. This week: a marvelous tale of designer chickens. 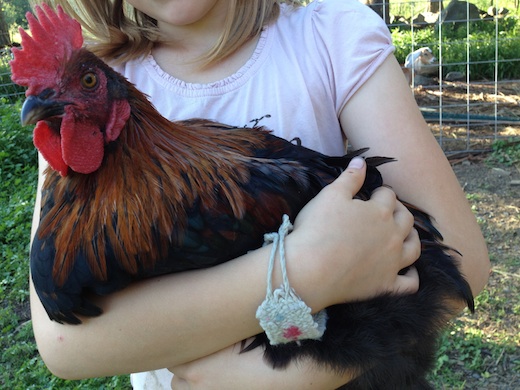 Chickens have been called the gateway farm animal. You think it’s so simple, just get a few hens, right? What’s the big deal? Just one flock. Just this once.

It’s not like that, as almost any chicken-keeper will tell you. The chicken world turns out to be a vast landscape of temptations and addictions. Because, you see, it’s just so easy to add some more. And there are so many amazing, rare and heirloom, beautiful breeds of chickens, and lovely, different, unexpected colors of eggs.

We started with five hens in Brooklyn. I joke that we had to move out of the city because of the chickens; they were so fun, and we needed more! We had barely closed on our house upstate when I ordered 50 chicks, just to get us going.

But I didn’t really get my feet into the wacky world of chickens until last winter. When I ordered a dozen fertile eggs. For $90.

And you thought $5 was a lot for dozen. But these were Black Copper Marans eggs. The French chicken famous for laying the darkest brown eggs. At their darkest, they look like this: 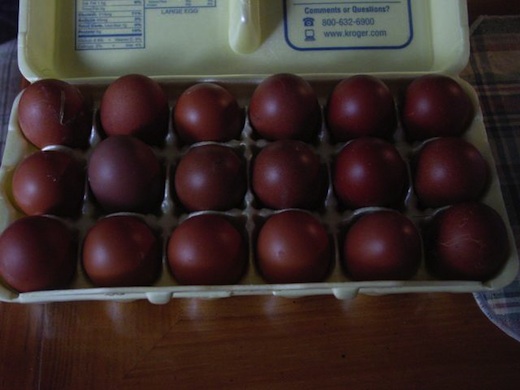 You can get BCM chicks at hatcheries, but as you will learn on forums like Backyard Chickens (where the BCM threads get closed or have to be carefully moderated because they get so vicious and opinionated), hatchery BCM chicks are a lesser bird. It’s like getting a purebred dog from a pet store.

The BCM has to be carefully bred to maintain its breed standards, which requires traits like feathered legs and various color patterns, and also includes laying an egg that is a “4” or darker on the color scale.

Hatcheries can’t do this at the volume that they need to operate on. Only a breeder who is in it for the love of the breed, and not the money, is going to be able to maintain these standards. Thus I bought my coveted dozen from a respected breeder, Sweet Pea Farm, at the going rate of $90/dozen. Ouch. But I’d make the money back, I figured, by selling the chicks I’d breed from the eggs. At $9/chick, I’d just have to sell 10 chicks…

This plan eventually brought to mind the phrase “counting your chickens before they hatch.” 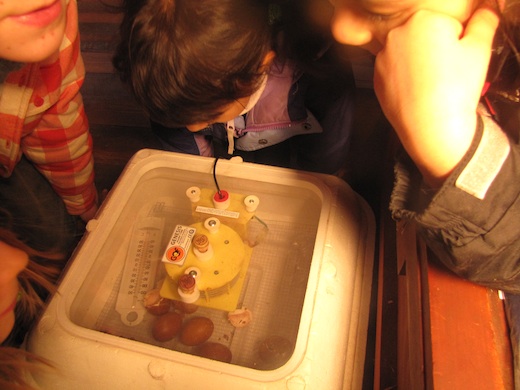 Out of 14 eggs (the breeder threw in a couple extra), I hatched 4 chicks. Who all turned out to be roosters. Gorgeous roosters! Robust and vibrant and beautiful and just spectacular.

But roosters. I don’t have much need for roosters. They are loud, mean to the hens, and often aggressive to children. And we already have too many. Look at them. 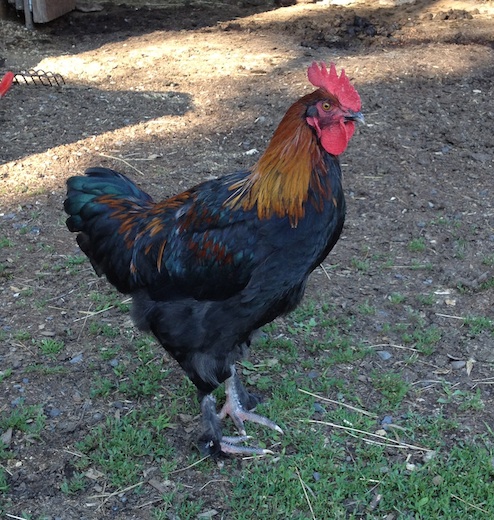 Gorgeous boys, but a pain in the neck already! Marauding and pillaging their way through through our stable and grounds. 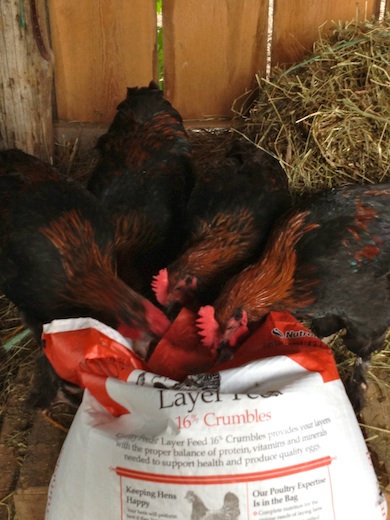 And then they started to crow. They still weren’t full grown — their tails and plumage would become more spectacular by the day. But they were loud, and added significantly to the cacophony of crowing we already have. It was time to reduce our numbers. I planned to keep two, and we would slaughter the other two.

They’d be nice and tender — roasting birds, instead of the usual tough, mature roos we finally get around to processing for coq au vin or some other long-stewing recipe.

We picked Thursday as the day to do the deed. And then, on Tuesday night, out of nowhere — a stay of execution.  I got an email from Stacy at Sweet Pea Farm. A chicken fancier in Tennessee was desperately looking for a BCM rooster from the particular line she had sold me: the Cottage Hill line. (There are three main BCM lines in the U.S.: Cottage Hill, Bev Davis, and Wade Jean. They all have their enthusiastic supporters and virulent detractors.) I emailed the fancier, Mr. Buddy Henry, in Tennessee, who happened to also be the treasurer of the Heritage Poultry Breeders of America Association. We emailed back and forth and, er, hatched a plan. I’d overnight the birds via USPS. Just put some shavings and some cucumber slices. They’d go in Tuesday afternoon, and arrive by Wednesday noon.

On the appointed day, we packed up two of the roosters and sent them off. The next morning Buddy and I started emailing. Did they get there? They didn’t get here. Where could they be? Here’s the tracking number. What’s going on? Where are they? It’s past noon. It’s past 3. It’s past 4. The post office doesn’t not know where they are.

Oh my god. The roosters were lost. LOST!

I slept horribly that night, imagining the fate of those poor animals. “I just hope some postal employee had the decency to make sure they are not in the sun,” Buddy had emailed earlier.

At 8 am on Thursday, Buddy emailed. They’d been found! We just hoped they were still alive. 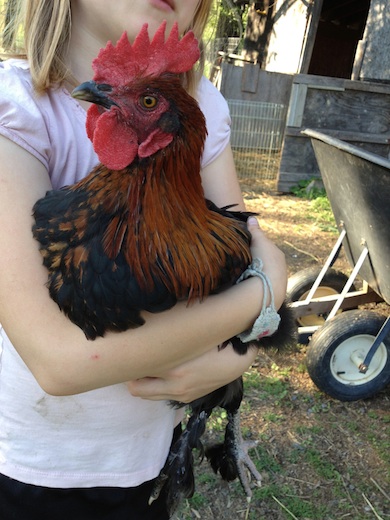 By noon he had them. They were alive! Not only alive, but in good shape. After 40 hours in a box, with nothing but half a cucumber for sustenance, Buddy said the roosters leaped out of their boxes, ran past the food and water, and mated with the hens in his pen. A happy ending for all. They will live the rest of their lives as stud roosters, perpetuating the Cottage Hill line.

A happy ending for me, too. With the money I made selling the roosters to Buddy, I am buying a couple BCM Cottage Hill pullets. I’ll have those lovely dark eggs I’ve been wanting, and I’ll make my money back yet, with a little breeding program. At $9 a chick, it won’t take long at all….