Each week, Greene County resident, writer and ex-Brooklynite Larissa Phillips tells us tales of life in the country. This week: adjusting the realities of rural Internet access. 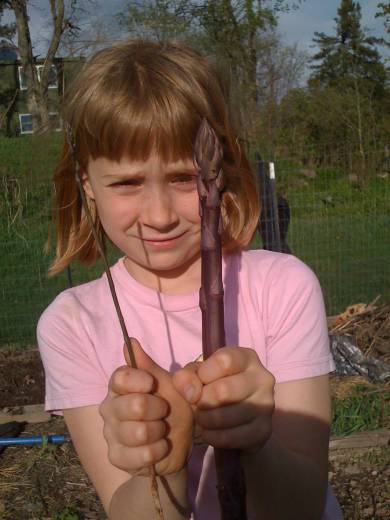 I had my first dose of the realities of country life when I called to set up internet in our new house. I should have known it was going to be bad when the sales rep simply couldn’t comprehend that I didn’t want TV, just internet.

“But you get all these premium channels,” she kept saying.

“We don’t need TV,” I finally explained, “because we stream movies when we want to watch something.”

That stopped her in her tracks. “This is satellite internet,” she practically snorted. “You can’t stream movies with satellite.”

What? We can’t stream? Oh my god. Are you joking? Is it too late to move back to the city?

It was, of course, too late, but it turned out she was only partly right. We actually can stream movies with our limited, slow, cumbersome, terrible, pathetic, satellite internet service. The movie stops every 30 minutes or so for rebuffering, a process that takes about half a second in Brooklyn, and up here is more like a commercial break. Or, sometimes an intermission. Occasionally a long intermission. We got used to it.

We have gotten used to the slower speed of almost everything up here. Isn’t that why we left the city? So we could slow down? Yeah, sure. So, we’re okay with slow internet, right, kids? Uh, yeah. We guess so…

What we had a hard time getting used to is our maximum download capacity.

You see, there’s this thing called a Fair Access Policy. To prevent internet-addicted people like ourselves, people whose kids will burn through four “Malcom in the Middle” episodes in a night, people whose mom can go through half a season of “Downton Abby” in one fridid, flu-ish weekend, from hogging the bandwidth and affecting the internet access of other customers, there is a maximum bandwidth allowed for each account. The amount varies based on how much you pay. We pay for the platinum version, of course, because we are addicts and need our fix, every day all day long.  But we still don’t get enough bandwidth. Once we’ve exhausted our limit we go into the “penalty phase”. This is a humiliating period in which we have extremely slow internet until our daily percentage average drops. It’s like rehab, this odd place in which we are expected to learn to live without constant access to the dopamine highs found through constant Internet connections.

I could tell you the exact amount amount of data we are allowed to download, and exactly how it all works, but it would mean going on the Internet, and we’re in the penalty phase right now, and it’s just too irritating to wait that long for each page to load. So, just trust me: if you’re moving upstate and depend on the internet for anything big, check out your servers before you buy.

And by the way, it’s not like this everywhere upstate. It’s just our particular rural area. Friends who live minutes away pay half of what we pay, and have no complaints about their service. But we are just that much further from town, and the local internet company won’t serve us.

Once we got past our initial shock at being detoured from the Internet superhighway over to this rutted, windy little back country road, we adjusted. To keep from going into the dreaded penalty phase, we’ve had to curb our mindless surfing habits, and we avoid clicking on every YouTube video that comes our way. And there’s no way around the fact that I have to wait for “Downton Abbey”‘s second season to come out on Netflix, instead of streaming it from PBS. Oh well. We borrow DVD’s from the library, we go to WiFi-friendly coffee shops in Hudson, and we hang out in this place called ‘real life’. It’s not so bad, once you get used to it. Slow, and kind of close-by. But otherwise, not so bad.