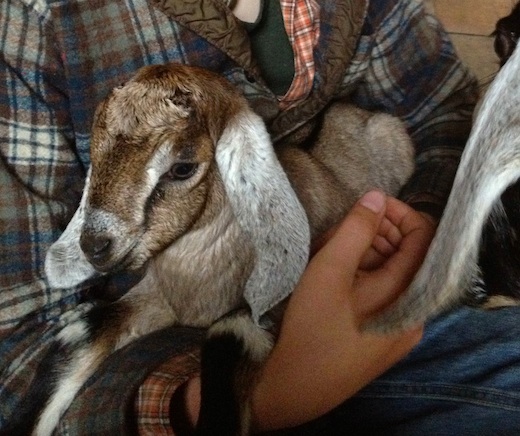 Last week I blogged about the devastating loss of one of our lovely Nubian goats, Jeanie.

Not only was it was a deeply sad event, but it left us terrified that Ruby, our other goat, was going to suffer similar complications. Ninety-five percent of goat births are uneventful. We couldn’t have problems again, right?

We bought an expensive bale of alfalfa hay and doled it out to her for nutritious snacks. We took her on walks every day, with the two boy kids we’d adopted — Jimbo and Connor — to keep her company. They’d gambol along behind, as Ruby lumbered through the woods, like a late-stage pregnant lady ignoring the ADD-afflicted toddlers running circles around her. She loved to eat the wild raspberry leaves, which was so great — raspberry leaf tea is a tonic for pregnant humans, too. We even special-ordered a bunch of ketone sticks and tested her urine every day.

On Tuesday night, as I was leaving work, Ernie called me. “I think she’s going to deliver tonight,” he said. “She’s pawing at the ground and making little nests out of the shavings.”

I was on the train coming back from the city when it happened. Ernie and Farmer Guy checked on her around 8 pm. An hour and a half later they went back down to check. And found Ruby nursing one kid, and licking the other clean. 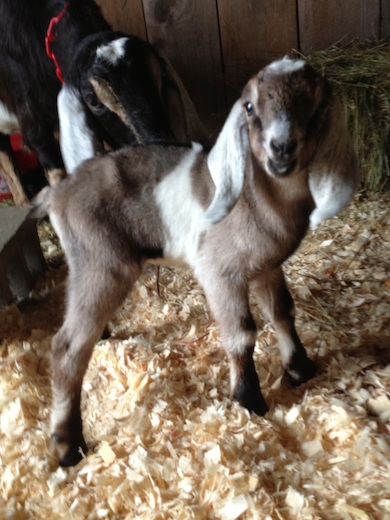 Two healthy perfect kids, a doeling and a buckling. Perfect in every way. 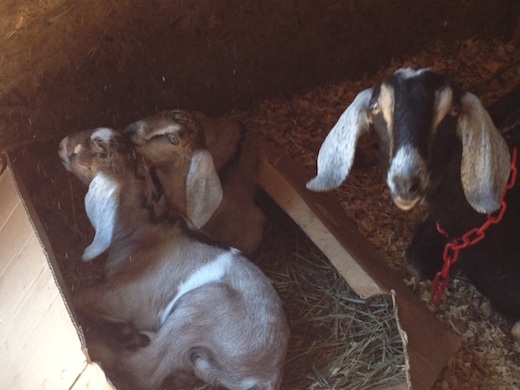 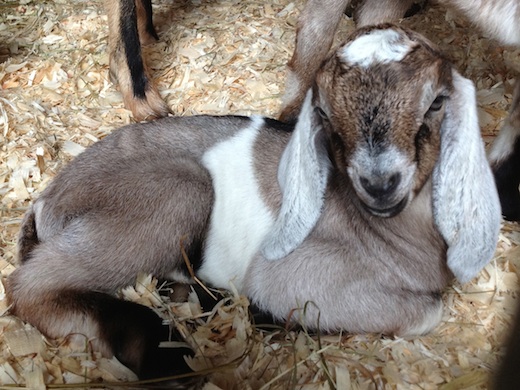 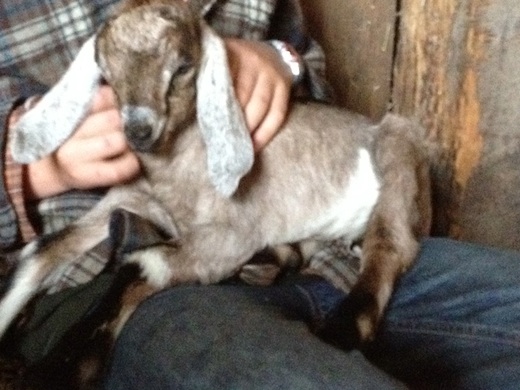 Buster has this great squiggly line on his back. 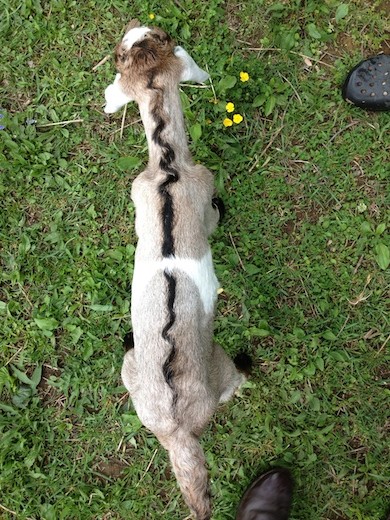 Which makes sense because Ruby has a very modern looking dot on her side. They are so MOMA. 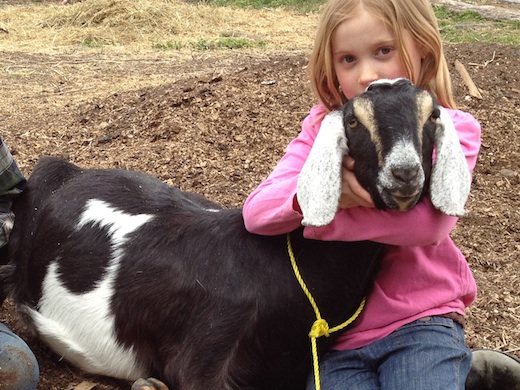 Annabelle loves to sniff our faces. 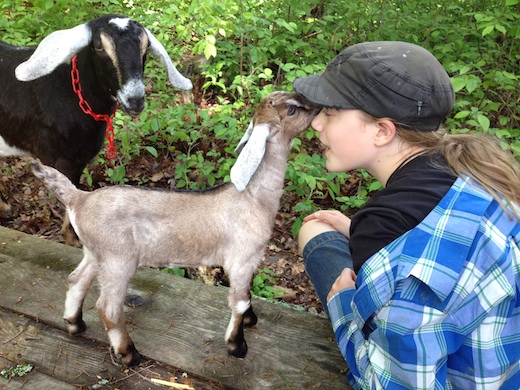 Ruby is an admirable mother. She completely trusts us with her kids. But she gets alert and even a little bossy when someone new comes into the goat pen. When my mom visited and held one of the kids, Ruby gently sniffed her all over, especially her face, before finally relaxing and letting my mom into the fold. She sniffs the kids constantly, and looks them over, and always knows where they are. 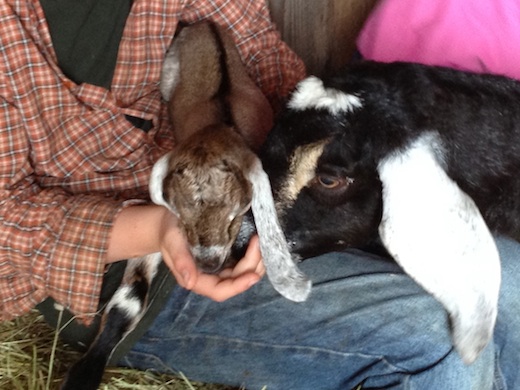 It might seem like the most compelling reason to breed goats is to create more cuteness in the world. And there is that. But, really, we wanted to breed the goats so we could have milk. And we do indeed have milk! 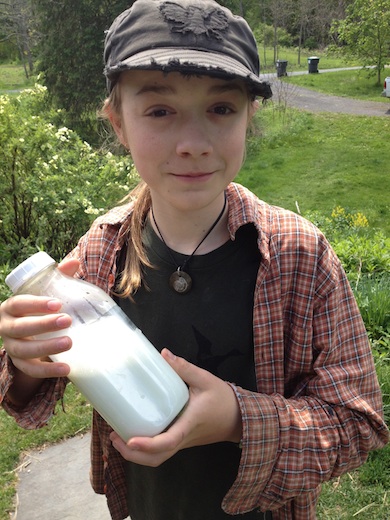 So far we’ve just made ice cream and ricotta, but more recipes are on the way.

We’re still so sad that we lost Jeanie– indeed the hardest part of farming. But getting to experience birth and babies is surely the sweetest.

PS Anyone want some cuteness of your own? Our friend Erica has many boy kids who need to find homes. Let me know!