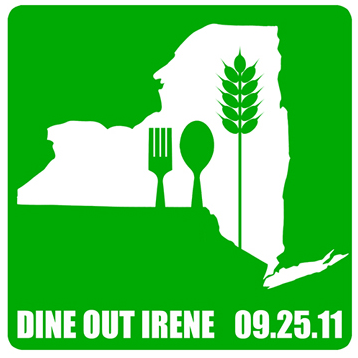 Restaurants in both upstate and downstate New York are donating up to 10% of proceeds on September 25th to post-Irene restoration efforts with Dine Out Irene. Lots of the restaurants are in Westchester and other not-quite-upstate counties, which is a nice thing: it’s like the whole state — okay, the whole eastern part of New York State — can come together to help recover from the devastating events that Tropical Storm Irene had on the Catskills…and have a good meal, too. One the jump: the list of non-NYC participating restaurants.