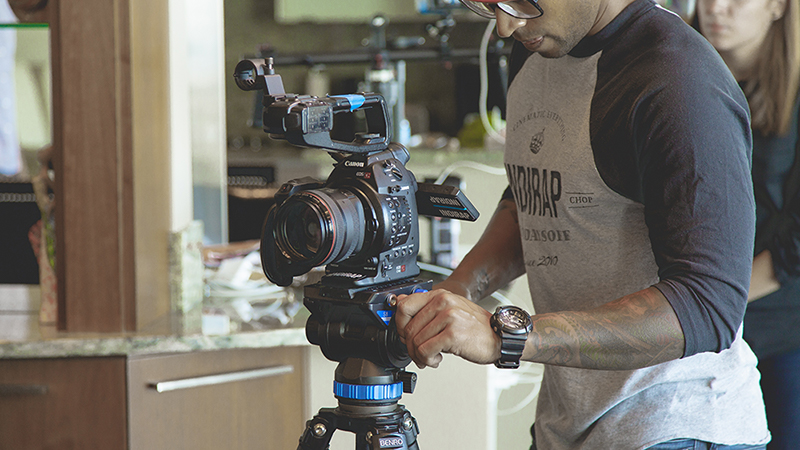 There are some films that well known to have been filmed in the Hudson Valley. Some of Steven Speilburg’s 2005 film War of the Worlds, starring Tom Cruise, was filmed in Athens, New York. The less popular fourth Bourne installment, The Bourne Legacy, also shot some material in the Valley. Briarcliff Manor, not quite the region in question, but a good thirty minutes north of New York City, played host to Denzel Washington while he filmed American Gangster.

While these are big name productions, let’s take some time to spotlight the newer films being shot and produced right next door.

Let’s start with The Ticket, a 2016 film directed by Ido Fluk and written by Fluk and Sharon Mashihi. Most of this feature was filmed in the Hudson Valley, specifically in Kingston, New York, along the Rondout, in its churches and meeting halls. The abandoned IBM factory also played host to a few office scenes. This movie has a couple big-name stars attached to it, including Dan Stevens (Beauty and the Beast, Legion) and Malin Ackerman (Billions, Watchmen).

The Ticket is about a blind man named James who regains his vision without explanation, and suddenly becomes intent on creating a better, more luxurious life for himself. This drive strains his relationships with his wife and his close friends, turning James into a different person than who he was before his handicap was removed.  “Fluk paints a visual world that reflects the mesmerizing effect that newfound sight has on James; the vibrant backgrounds and the sun-drenched rooms are captivating in their beauty. His dreamy and subjective style combines with an astute sense of character to craft a tale of desire, perception, and what it really means to be blind.”

Stray Bullets, a 2017 release, was filmed in Hudson Valley and throughout the Ulster County towns and cities of Stone Ridge, Rosendale, Kingston, Woodstock and West Shokan. While there are no large names attached to this film, it’s rather notable for being written and directed by Jack Fessenden, who at the time of shooting in 2015 was only 16 years old.

The movie follows a pair of teenage boys, tasked with cleaning out an old trailer home. In a twist of terrible luck, three armed robbers are currently occupying the property, on the run after a heist gone bad. What follows is an edge-of-your-seat horror/thriller flick from a young talent in the field. The cinematography is gritty, and much of the marketing production has a 80’s vibe, with bright colors, thick typography and lots of white space on the film’s posters. This film runs thick with strong themes of friendship and overcoming adversity, seen in Fessenden’s other short works (I know, other works, at his age? jealous and also kind of really, really intrigued!), and the young man cites the 2012 movie “Mud” as an inspiration for this work.

Growing Up Smith is another Hudson Valley film that achieved wide release in early February. Directed by Frank Lotito, the film is based on a screenplay by former area resident, Paul Quinn, who passed away just after the movie’s release. It is highly praised indie flick, and won the Best of Fest at the Seattle International Film Festival and Best Feature Narrative Audience Award at the Woodstock Film Festival (among other accolades) in 2015. Much of the filming was done in Ulster County, and Kingston features heavily. There are a few scenes with the family posing in front of a panoramic view of the Hudson River, a recognizable scene from nearby Catskill.

The movie follows Smith Bhatnagar (Roni Akurati), a ten-year-old boy from India who quietly falls for Amy, the American girl next door. He tries to fit in as his family tries to keep a hold on their cultural heritage and also hosts barbecues in order to fit in with the white neighbors. Amy’s father, Butch (Jason Lee), is the red-blooded american man who takes Smith under his wing, allowing him to go on hunting expeditions and teaching Smith’s father, Bhaaskar (Anjul Nigam) how to properly grill meat. It’s a touching coming-of-age film, and available for preorder on the site.

Lastly, a couple films to look out for. Departures (produced by local company, BCDF Pictures) is a feature that will begin filming in April throughout Dutchess and Ulster County locations. Maisie Williams, of Game of Thrones fame, and Asa Butterfield will be starring alongside Nina Dobrev and Tyler Hoechlin, making this production a large name endeavor. Peter Hutchings, a Hudson Valley resident, has written and directed the film.

The film is follows Calvin (Butterfield), a hypochondriac working as an airport baggage handler, forced to confront his fears when Skye (Williams), a British teenager, with a terminal illness enlists him to help her carry out her eccentric bucket list.

Another film in production is A Vigilante, a film with a rather Tarantino-esque premise written and directed by Sarah Daggar-Nickson and starring Olivia Wilde. Wilde recently wrapped up filming in Beacon, New York. Not much is known about this film, but Wilde plays the enigmatic character The Woman, who helps abused women escape their abusers.

We’ll even throw in Diane, which was filmed in Kingston earlier this year. Again, this film is still in production and without any information on their IMDB or Wikipedia page, we can only look forward to this Kent Jones feature based on location alone.

You may have noticed a trend. Ulster County is crushing it. Why? Mostly in part to the tax breaks recently passed that give special incentives to film production and filmmakers. The Hudson Valley is leading the way for arts and artists, and challenging some preconceived notions about filming in the city. You can create a great urban environment even in smaller towns, and the vibe can provide a fresh cast over any material.

See how many filmed in the Hudson Valley titles you recognize in the compilation reel the Commission put together:

Have another film you think deserves a mention? Let us know!