This week’s featured city, Olivebridge, doesn’t have much available for five figures, so we’ve made like a realtor and defined “vicinity” pretty loosely.  Can it be that we’re reaching the end of a finite supply of cheap properties?  Or is Reclaimed Home right to debate whether Upstate is as much of a buyer’s market as it is reputed to be?

Let’s see what we’ve got at the bottom of the barrel.  First up, an adorable, tiny cabin on Panther Kill Road in Phoenicia: 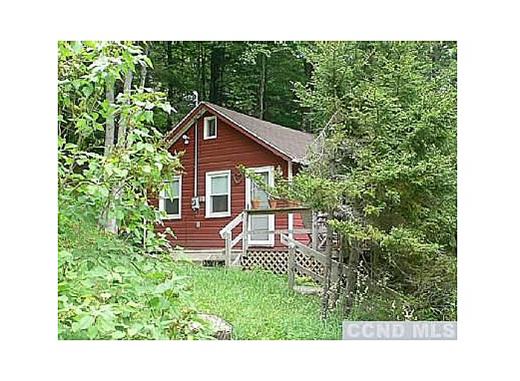 The listing may be overstating things somewhat with “enchanting,” but it’s certainly button-cute.  A woodsy location off Woodland Valley Drive, convenient to central Phoenicia and the Esopus, it’s got its own scenic creek. 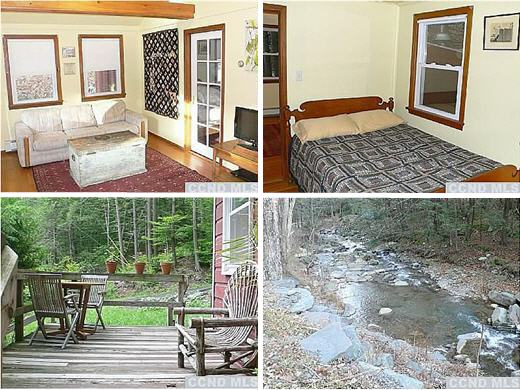 Seems perhaps a little dear at $99k on just half an acre, but your mileage may vary.  If you’re intent on the area, this looks pretty turnkey – the realtor even offers a detailed rental history for those looking to defray costs.

Next is a property I saw in person two years ago, when I followed a hand-lettered cardboard sign down a tiny road south of the Ahokan Reservoir. 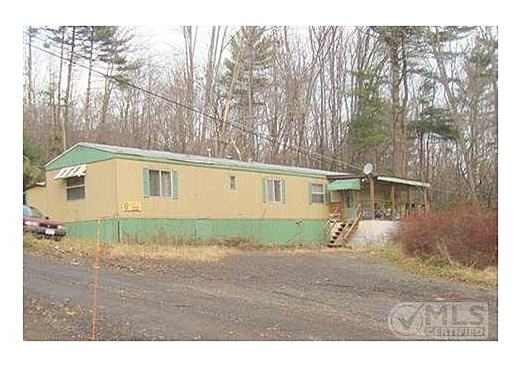 Okay, yeah, no.  It’s not cute.  Except in kind of an ugly-puppy-at-the-pound kind of way.  But in person it was surprisingly palatable – I found myself thinking “if this was cheap enough, it would be totally liveable as a low key weekender.” 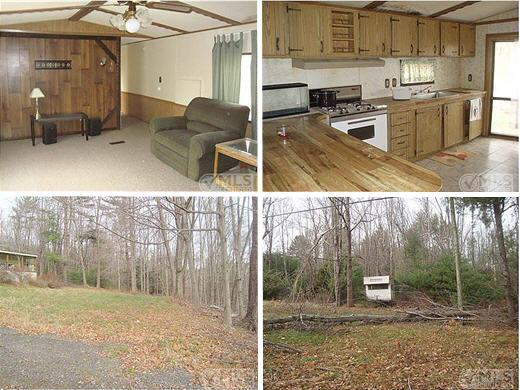 It’s up to you to decide if $47,500 constitutes “cheap enough.”  I’m guessing not quite yet.  It advertises a nice 3 acres, but that doesn’t take into account a precipitous dropoff that renders 2/3 of the land unbuildable.  And, at least as of two years ago, the across-the-street neighbors like to store stuff in their yard.  Lots of stuff.  There is a camping trailer on site, which would usually be catnip for me, but this one is a haul-away.

Still, the location is stunning, the “corporate owner” is offering seller financing, and it’s under $50k.

The question of affordable lakefront property has been raised this week.  Five Figure Fridays would like to submit: 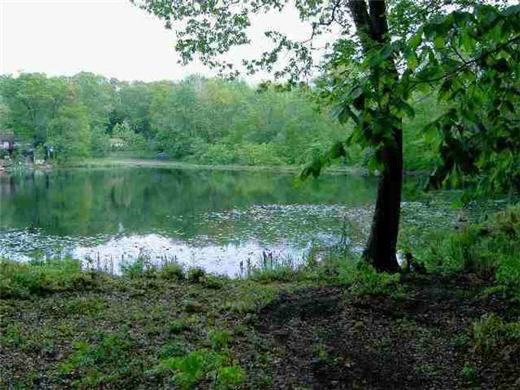 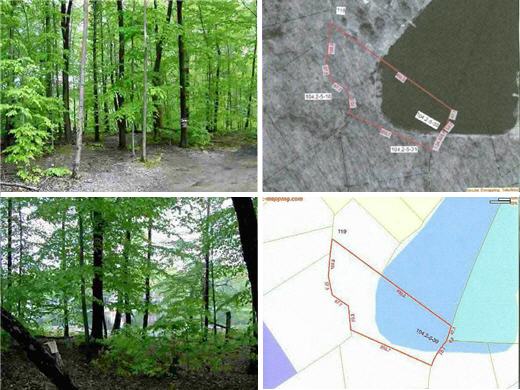 All right, if I’m being honest, Pinebush Lake looks a little… swampy.  Pond-ish, perhaps.  And of the listed 1.2 acres, it looks like a good 1/2 of it is actually lake.  But if you want lakefront for cheap, 90 minutes outside Manhattan, this may be worth a look.

Last, and definitely least (appealing), we have a Five Figure Fridays first – a property that is being featured as a cautionary tale of what a bad idea low-priced real estate can be: 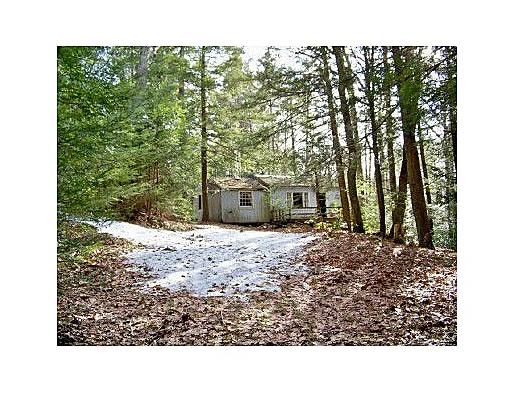 Actually pretty decent, right?  I know, it looks modestly promising.  Nice woods, cute cabin, secluded setting…  listing says “IN NEED OF A FIX ME UP.”  Hmm, okay, then again it’s only $19,900 so there’s headroom.  “TARP ON PART OF ROOF.”  Uh-oh.  I wonder if there’s been damage. 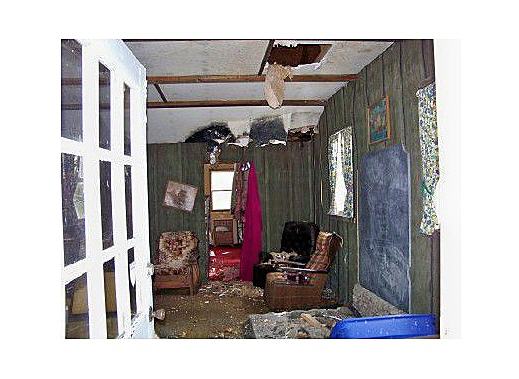 Yup, there’s been damage.  The moldy roof has fallen in.  Well, if it’s just in one spot, maybe it’s okay.  As long as it’s not all through the whole house. 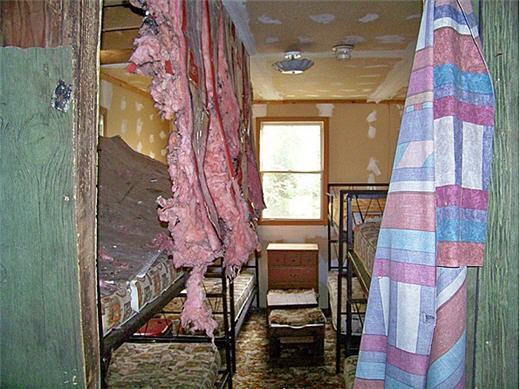 It’s through the whole house.  I’m starting to itch just looking at these pictures.  But, even if the whole thing needs gutting, maybe the foundation is solid, right? 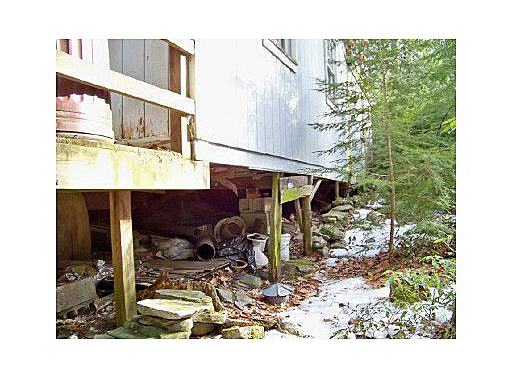 Ah-ha.  I see.  I guess not, then.  With hilariously expressive capitalization, the listing eventually fesses up: “WOULD MAKE A GREAT LOCATION FOR A NEW CABIN as this one may need to come down.”

When all is said and done, you’re left with a single acre for almost $20k, with almost $6k in yearly taxes and a moldy demolition project.  Sometimes, saving money just doesn’t seem worth it.