Is your interest…piqued? Watch the video below and see Krysti Sabin’s hike up to the top of the tallest mountain in the Catskills. 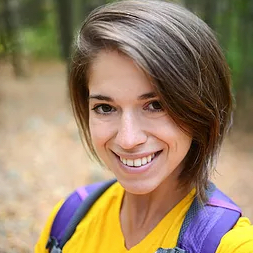 Krysti is the creative force behind Unboring Exploring, a quirky hiking and nature video series that captures the essence of various national and state parks, refuges, and other natural areas. Through this, she aims to infuse others with a passion for the outdoors in the hopes that they, too, will explore our world's natural wonders.