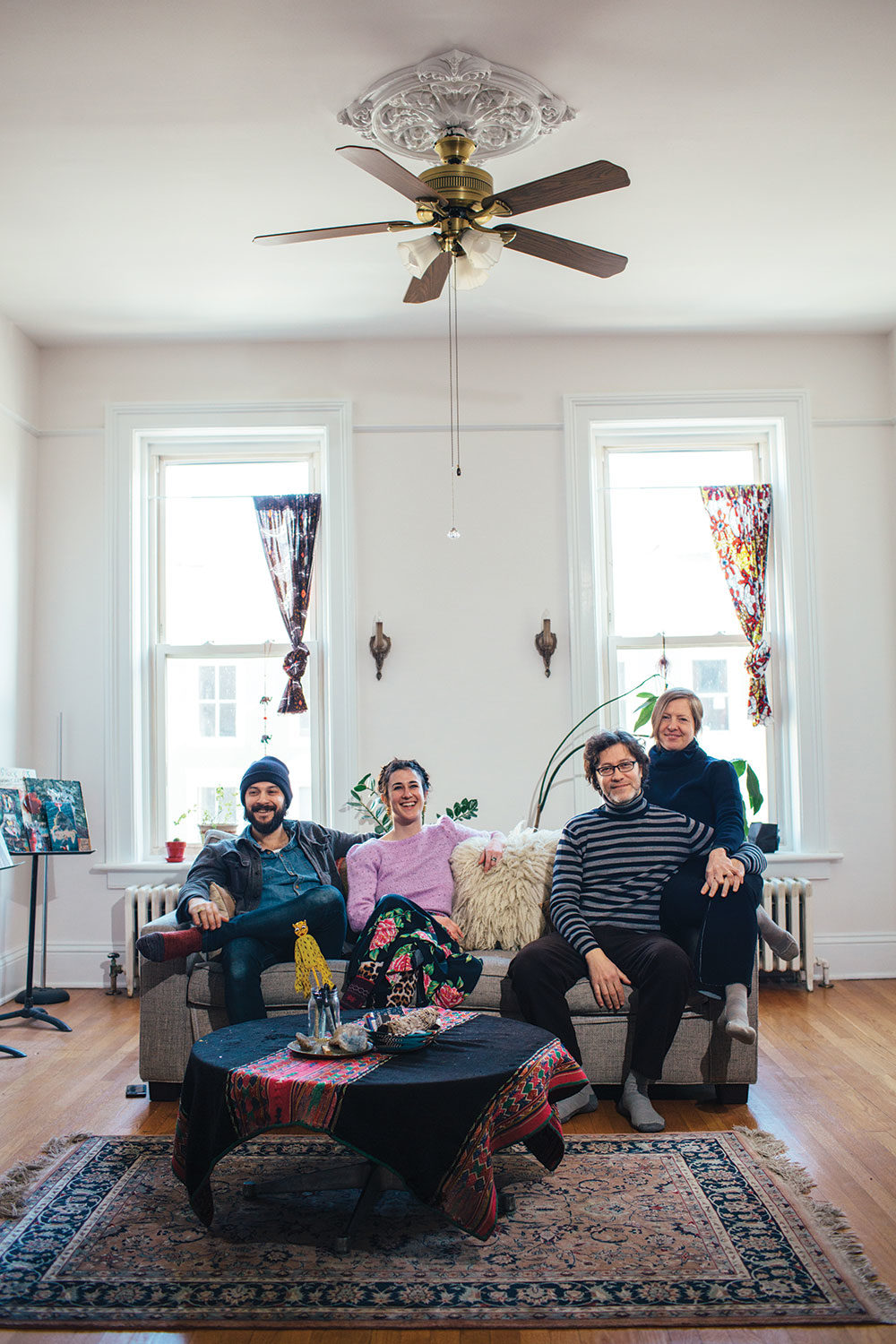 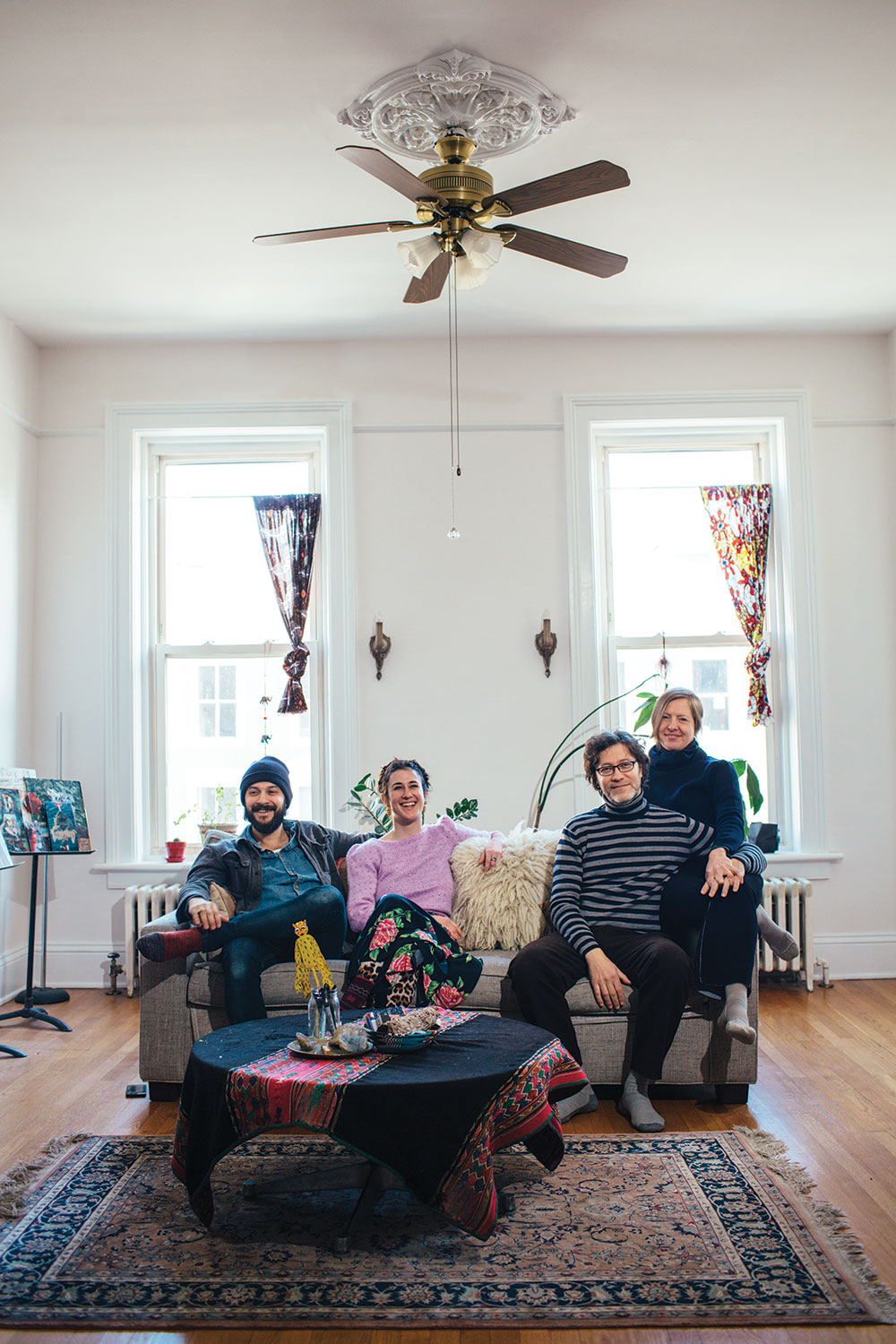 For more than a decade, graphic designer and photographer Alon Koppel and his artist wife, Melissa, traveled back and forth from their studio in Manhattan’s Flatiron District to rental houses in Columbia County, attempting to balance the city’s bustle with weekend doses of quiet.

Then, one day, Koppel had an epiphany: “Our bigger clients never came to our office,” he says. “We always went to them.” So he moved his business north, initially to Red Hook in Dutchess County, and later to Catskill in January 2016. “Because of the nature of our work which we can do remotely, we began to slowly extend our stay until finally the equation got flipped, and we were spending more time here.”

Born in Israel, Koppel studied photography at the Bezalel Academy of Arts and Design in Jerusalem. In 1999, he moved to Manhattan, where he met and married Melissa. Koppel ran a graphic design agency, Fusion Lab, from the Flatiron for 10 years. Then, in 2008, the Koppels rented a 19th-century former chocolate factory in Red Hook and began working there, while fixing up a wooden Victorian house nearby.

But the old house’s antiquated heating system and lack of insulation made it very cold. The downturn in the economy made major renovations impossible, so the Koppels put the house on the market and searched for another. “We craved the solid feeling of living in brick buildings heated with radiators from our days in the city, so we began to look at places that could offer that,” Koppel says. Plus, they wanted to “spend more quality time doing what we love: photography and art.”

But Hudson proved too pricey. “[We] ended up walking around Catskill with a friend,” he says. “That’s when I spotted a for-sale-by-owner sign on a lovely brick building on Main Street.”

The 1890s building includes a 1,700-square-foot store on the ground floor with two separate rooms, which the couple use as studios, and opens onto a backyard that’s being converted into a courtyard and parking spaces. Above the store are two floor-through apartments. The Koppels live on the top floor. “We have a lovely view of the Catskill Creek on one side and Main Street on the other,” says Koppel.

The Koppels have rented the second-floor to Liam and Laura Singer, who moved upstate from Queens and recently opened the HiLo Café, a combination café bar, gallery, and event space, in the storefront.

Catskill has reshaped the Koppels’ lives. Koppel’s works are displayed on the website NotLikeHere, and he practices Aikido at a nearby studio. He says he feels at home with Catskill’s funky, creative vibe, which is being reinvigorated thanks to an influx of new organizations, including the American Dance Institute and the Catskill Mill, an artisan collective founded by Etsy mastermind Rob Kalin.

“My wife and I honed what we needed in our lives and found what we were looking for in Catskill,” Koppel says. “We continue to make great connections here. We don’t miss living in the city at all, but if we ever need a quick city fix, it’s only a lovely two-hour train ride away.”