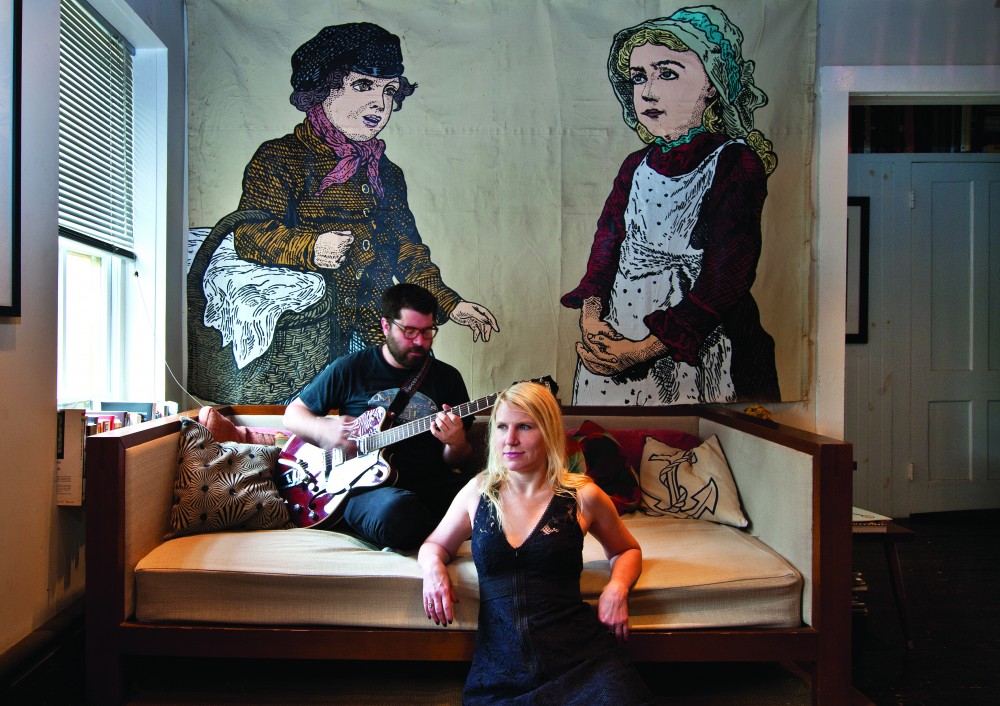 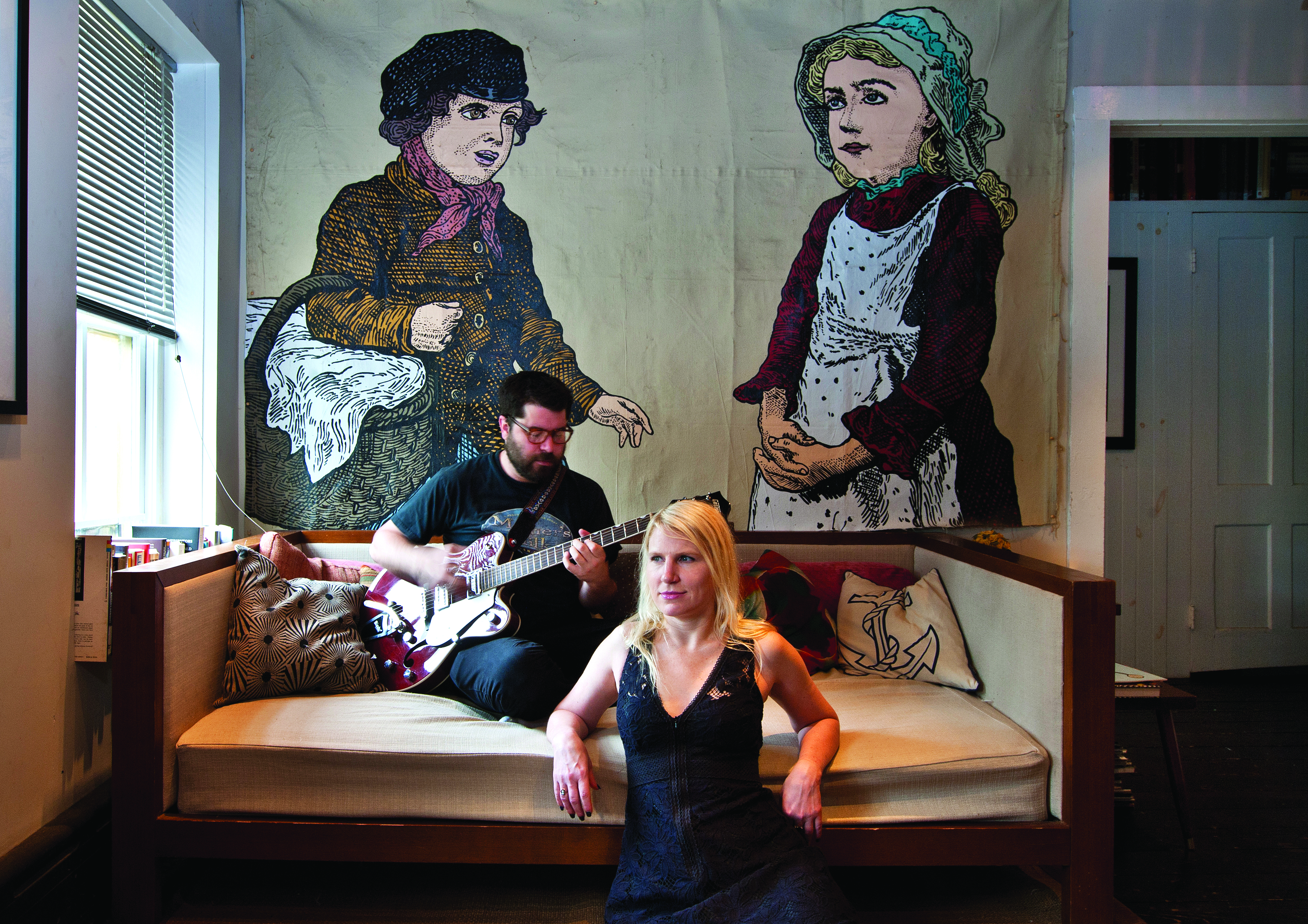 Since its opening in 2011, One Mile, the gallery and home of filmmaker Eddie Mullins and gallery owner Janet Hicks, is an icon of the Hudson Valley’s creative energy. The gallery shows some of the area’s edgiest art, often imported from New York City, and its openings, which spill out from the subterranean gallery space onto a terraced bluestone patio, are among the most vibrant. 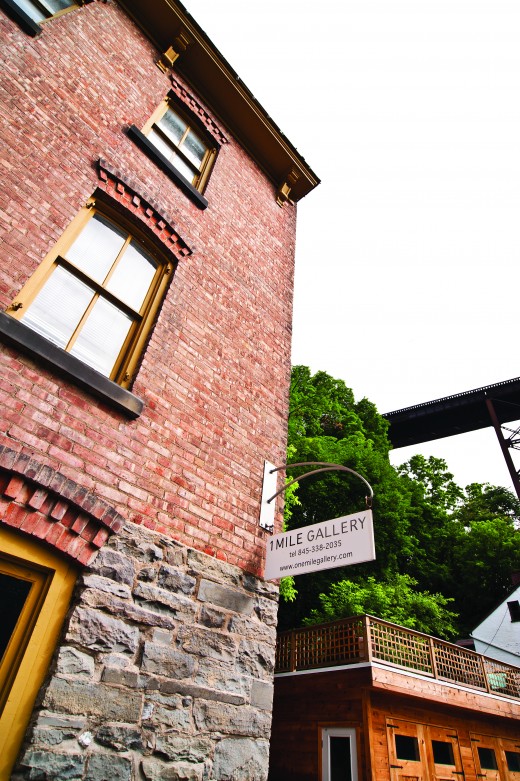 Part of One Mile’s appeal is its novel setting on a narrow road that snakes along the Rondout Creek, near a row of old, mostly abandoned frame houses, in the shadow of a 100-year-old railroad trestle. When a train rumbles overhead, what could be construed as a depressed former industrial river town becomes a sublime theatrical backdrop. 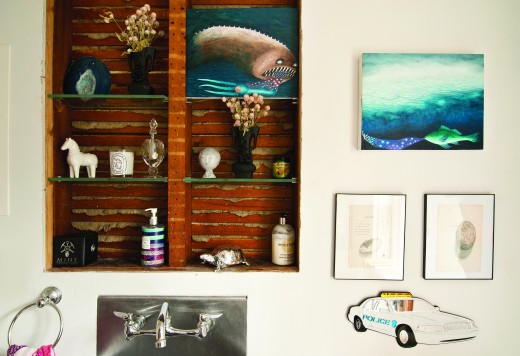 But another part of the appeal is Hicks, who’s cosmopolitan and stylish but whose friendliness puts visitors at ease. Despite her full-time job in New York City at Artists Rights Society, negotiating contracts and licensing deals on behalf of blue-chip artists’ estates (including Picasso, Matisse, and Warhol), Hicks’s commitment to One Mile has enriched the local art scene, as has Mullins’s filmmaking. He spends most of his time upstate, where he filmed Doomsdays, a post apocalyptic comedy released last summer that’s won praise from the New York Times, and is working on two new film projects, one a detective story, the other a western.

Hicks grew up in California, studied art history at the University of Oregon, and moved to New York in 1997 to work for an architectural theory magazine. Mullins grew up in Richmond, Virginia, studied film at New York University, and worked at ABC News. He left New York to complete a master’s in literature at Northwestern University, then was a tractor driver on a Northern California farm and a stringer and a teacher in Buenos Aires, before returning to New York to work as a film critic. 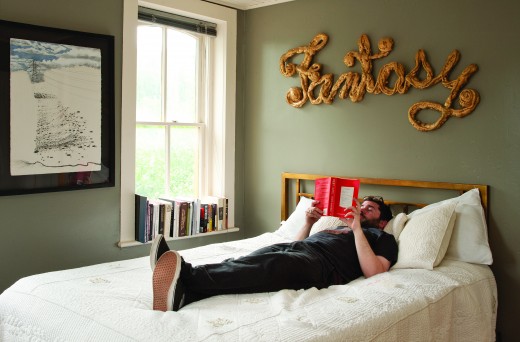 In 2009, Hicks and Mullins moved in together in Park Slope and began looking for a weekend house upstate. The house on the Rondout Creek fit the bill perfectly: Formerly owned by a sculptor with a ground-floor studio, it was built in 1790—antique beams are exposed in the second-floor kitchen and living room, which is filled with original art—but the house “wasn’t so precious that we couldn’t renovate it,” Hicks notes.

Mullins and Hicks didn’t know a soul when they arrived, but a New York Times article that profiled their weekend home, and the gallery’s opening created many connections. “Having a business here has been amazing,” says Mullins. “We knew everybody very quickly by setting up shop—if you build it, they will come.” Mullins’s longtime acquaintance with Tod Lippy, editor of Esopus magazine, led to the gallery’s biggest coup: the representation of artist-photographer Mark Hogancamp, whose life was chronicled in the documentary Marwencol (which is also the inspiration for a Hollywood drama in development, starring Steve Carrell). On disability since being brutally beaten outside a local bar 15 years ago, Hogancamp creates and photographs lifelike tableaux of dolls and props he sets up in a miniature, World War II Belgian village he has constructed on his property. Taking on Hogancamp was a complex venture, given the artist’s sustained brain injuries, PTSD, and rising fame. But Hicks and Mullins take it all in stride, buying groceries and cigarettes for Hogancamp (who doesn’t drive), and taking him to New York showings of his work.

Mullins and Hicks’s brick house on the outskirts of Kingston’s Downtown, one of the Hudson Valley’s hipper districts, may seem like an outlier, but Uptown isn’t far away. Mullins sometimes walks up South Wall Street to Stockade Tavern, stopping to visit friends on the way back or catching a cab from the Trailways bus depot. 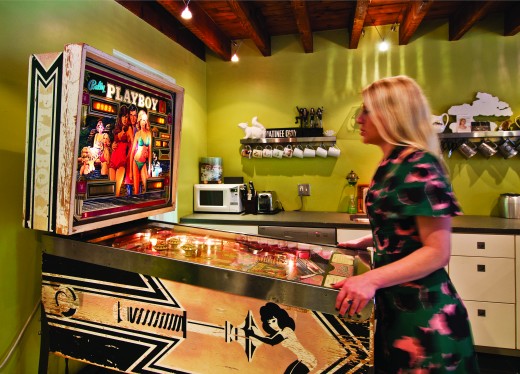 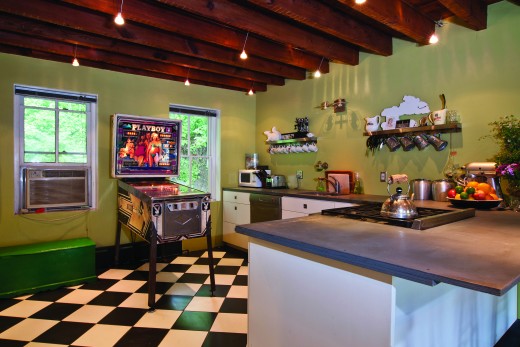 “All the things people dislike about this place were things I loved,” Hicks says. “It feels like a different century.” Compared to the din of Brooklyn, the passing trains are white noise, she notes. Someday, she’d like to purchase the dilapidated house next door to expand the gallery and show larger work. In the meantime, Hicks has her eye on a small clearing up the steep forested hill behind One Mile, which is approached by a stone staircase. “It’s a great place for us to do archery.”