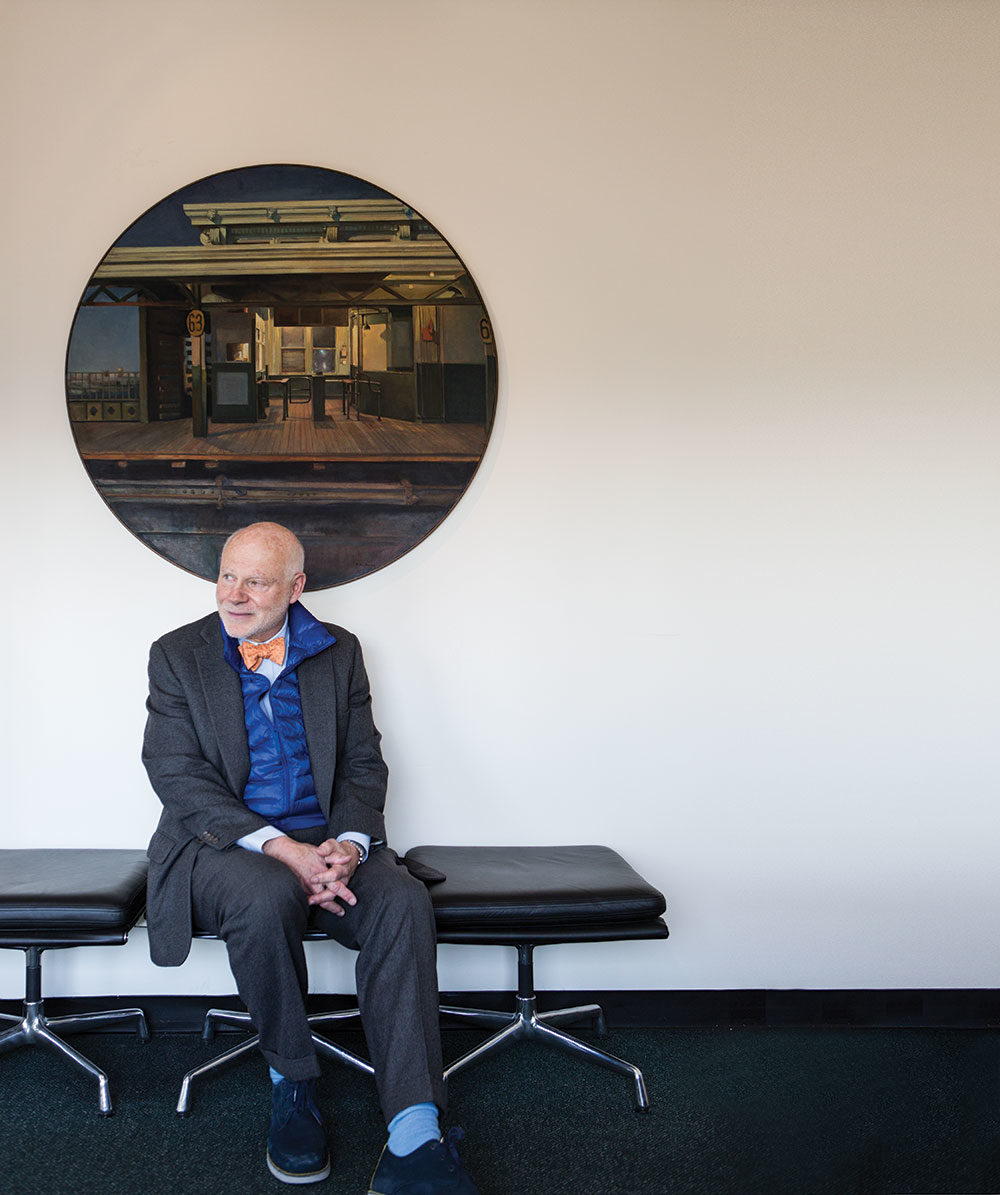 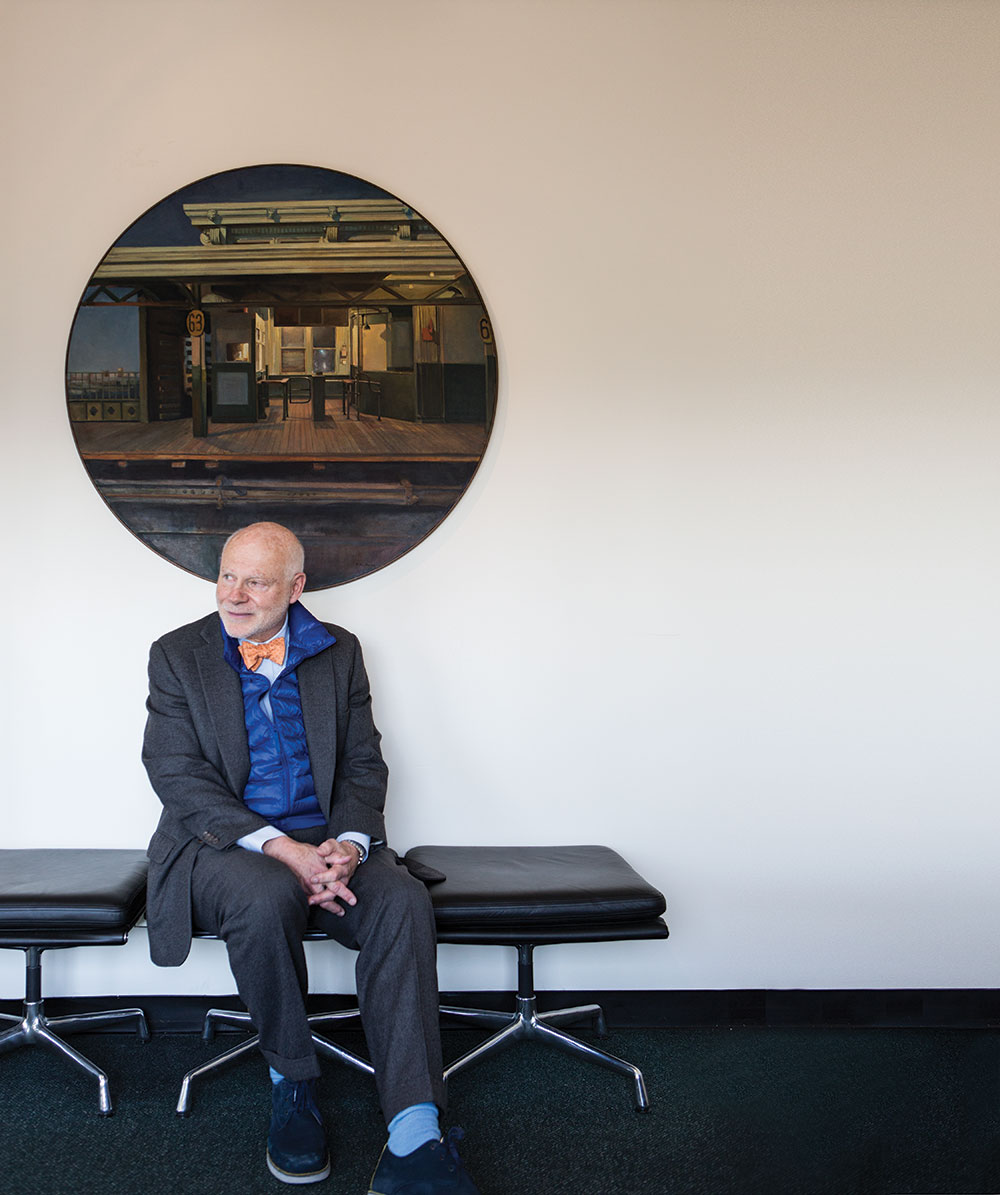 “Childhood didn’t suit me,” Francis Greenburger declares in his memoir Risk Game: Self-Portrait of an Entrepreneur, written with New York Times bestselling author Rebecca Paley (BenBella Books, 2016). A precocious adolescent, Greenburger lost his virginity at age 11, started making financial deals at his father’s literary agency at 12, and moved in with an older girlfriend at 15, dropping out of Stuyvesant High School to pursue business interests.

If Risk Game reads like a Hollywood thriller, so does Greenburger’s resume. As CEO of investment and development company Time Equities, he began renting out properties while still in his teens, acquired numerous buildings, made a fortune in co-op conversions, and gambled big on 50 West Street, a 64-story skyscraper near the Brooklyn Battery Tunnel. He also chairs his late father’s literary agency, Sanford J. Greenburger Associates, which represents such powerhouse clients as Dan Brown and Nelson Demille. Plus, he’s founded two Hudson Valley nonprofits: OMI International Arts Center, an artists’ retreat and sculpture park in Ghent and the Greenburger Center for Social and Criminal Justice.

The leading man of this blockbuster memoir divides his time between Lower Manhattan and Columbia County. He speaks to Upstater by phone from the Fifth Avenue office of Time Equities, with a bird’s-eye view of Greenwich Village and the Hudson River, art by Sol LeWitt and Jon Isherwood, and a tree “that’s been here for 30 years.”

Upstater’s interview with Greenburger, as it happens, took place on Inauguration Day. The 45th POTUS appears in the pages of Risk Game, offering crocodile-tear sympathies at a charity dinner after tabloid headlines trumpeted “CO-OP KING BANKRUPT!” But the book makes Greenburger’s Democratic leanings crystal clear: He’s photographed twice with Hillary Clinton, and Senator Cory Booker contributes a book-jacket blurb. In response to a question about the incoming administration, Greenburger heaves a deep sigh, followed by a call to arms for the “complacent” progressive movement. “The constituency around progressive ideals in all areas has been fired up,” he says. “We have to deepen our commitment, organize our principles, and express ourselves in all areas of political identity: by protesting, by campaigning for appropriate candidates, and, of course, by voting.”

Though writing memoir was a new venture for Greenburger, he says, “I had this incredibly wonderful co-writer. It was every bit a collaboration.” Paley, he says, encouraged him to tell his stories unedited, to “let it all out, then look at it and decide what belongs.” This freedom makes for an unusually intimate look at the dynamics of success and failure in business, as well as personal highs and lows, including the drowning death of Greenburger’s firstborn son and his late wife’s battle with cancer. The Greenburger Center for Social and Criminal Justice grew out of another son’s spiraling mental health and behavior issues and eventual arrest for arson. Visiting his son Morgan in jail was eye-opening, says Greenburger, and he vowed to create alternatives to incarcerating the mentally ill.

So how does Greenburger answer a stranger’s question, “What do you do?” Depending on the context, he says, he starts with his businesses or his nonprofit ventures, but ultimately, he admits, “I don’t think there is a short answer.” He pauses a moment, then adds, “Fundamentally, I’m all about human engagement.” Now that’s a good risk.