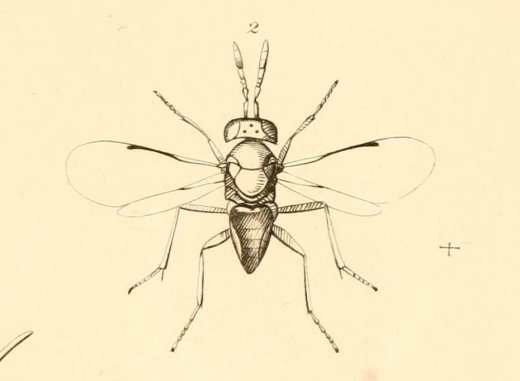 I don’t know where their point of entry is, but wasps get into my screened-in back porch with regularity. They do this so often that I keep a clear plastic cup and a stiff postcard handy for the express purpose of catching them to release them into the great outdoors. They hover and bang against the screen, obviously wanting to get out but without a clue as to how to do so, so I clamp the cup over each one as it bobs and flits, and slide the card underneath the cup until the frantic creature is rendered temporarily unable to sting me. Then I open the door and fling it into the wild blue yonder—because I’ve learned how beneficial wasps are to the garden.

From Aggie Horticulture: Adult paper wasps are efficient predators of caterpillars, which they carry back to their nests to feed their developing wasp larvae. They prey on all those tasty creepy-crawlies that decimate veggie and flower plants, such as corn earworms, loopers, armyworms, hornworms, and beetle larvae. On Planet Natural, I found out about the trichogramma, a tiny parasitic wasp that destroys the eggs of more than 200 species of leaf-eating moths and butterflies. Without harming the vegetation, these mini-stingers spell death to pest eggs. 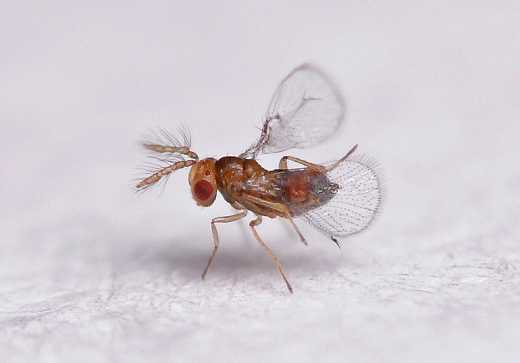 This toleration of wasps around my dwelling has become a bit of a Zen challenge. As sentient beings, they are okay with me for now. I do feel good about not spraying chemicals under the eaves—who needs more toxins in the environment? And I only remove wasp nests if they’re positioned near a door or if the wasps are simply getting too aggressive with anyone who walks by. Hornets and yellowjackets can be especially mean, and some species nest in the ground where you can’t see to avoid them. The compromise — you eat my tomato worms and I’ll let you hang around — may be easier with them.

And I must admit: Not all home invaders are treated with such compassion. I wash wayward ants down the kitchen sink when I can’t chop a carrot without them skittering across my cutting board, threatening to take over. I don’t have-a-heart for mice in the basement and set quick-kill traps that get the job done. I exterminate all mosquitoes and flies outright. Ticks accidently brought into the house get flushed into the murk of the septic system. And the day I find a cockroach here is the day I might have to put my home on the market and move on.