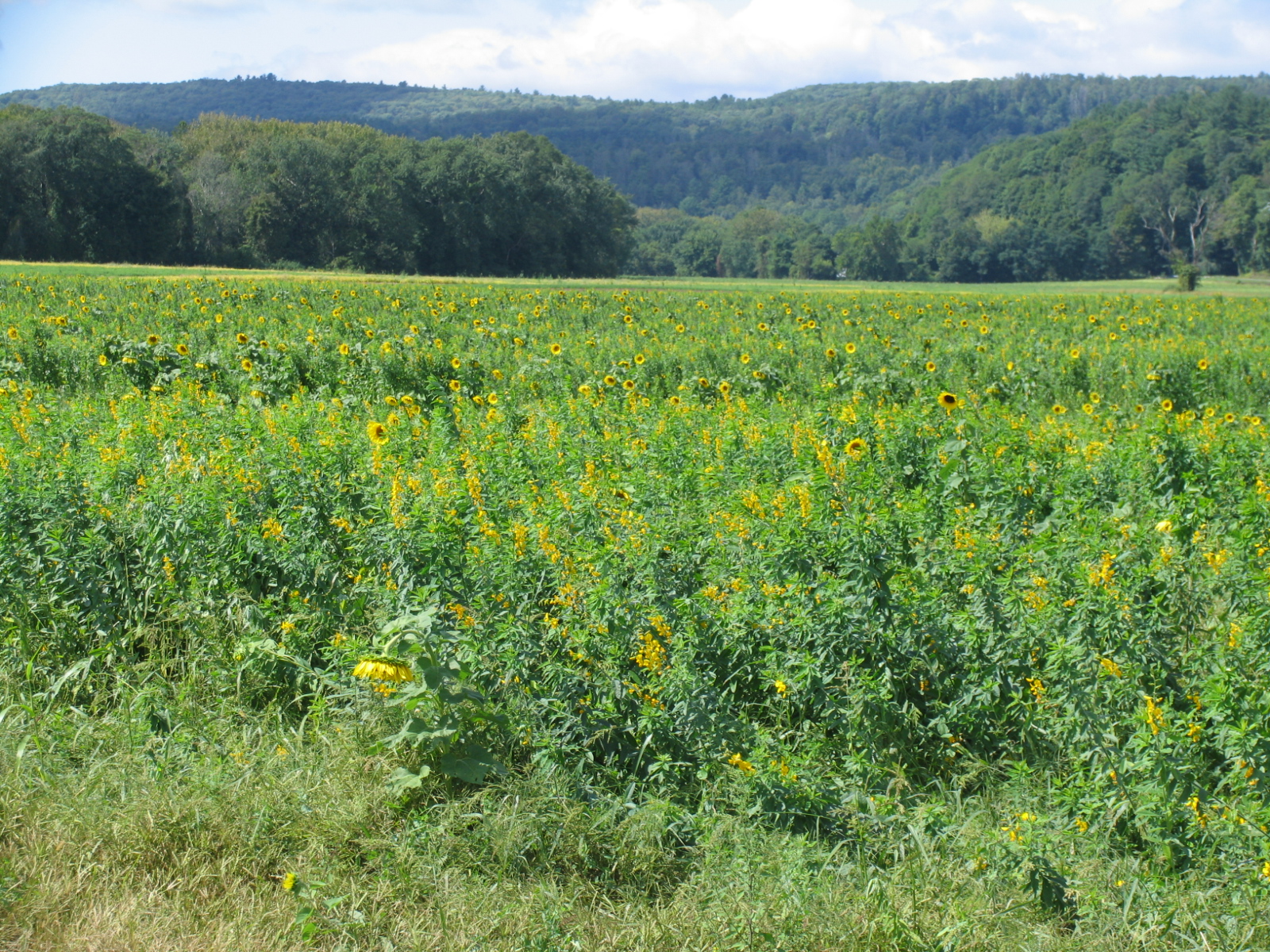 A local upstate farm that for decades specialized in growing sweet corn has converted to a non-profit agricultural project. The 1200+ acre Hudson Valley Farm Hub provides training in “resilient” agriculture, and it educates farmers and farm workers (and the public as well) in what it takes to produce diverse food crops with methods that replenish vitality to the overworked earth. In response to an emerging market for locally grown grains for baking and brewing, it will also work to reintroduce a stronger variety of grain crops to the region.

But first comes the ecological restoration of the soil. The transition from “big-ag,” heavy-on-the-chemicals farming practices to more natural methods takes time. The Farm Hub is already growing various cover crops to protect and improve soil conditions—the fields are planted in giant stripes of vetch, buckwheat, mustard, and clover. Anyone driving along Route 209 in August or September was wowed by the massive display of sunflowers growing on the west side of the road. These crops are not necessarily harvested to sell, but will be tilled under to become green fertilizer. So, it may take many growing seasons for the soil to reach a really vibrant level of fertility and productivity. 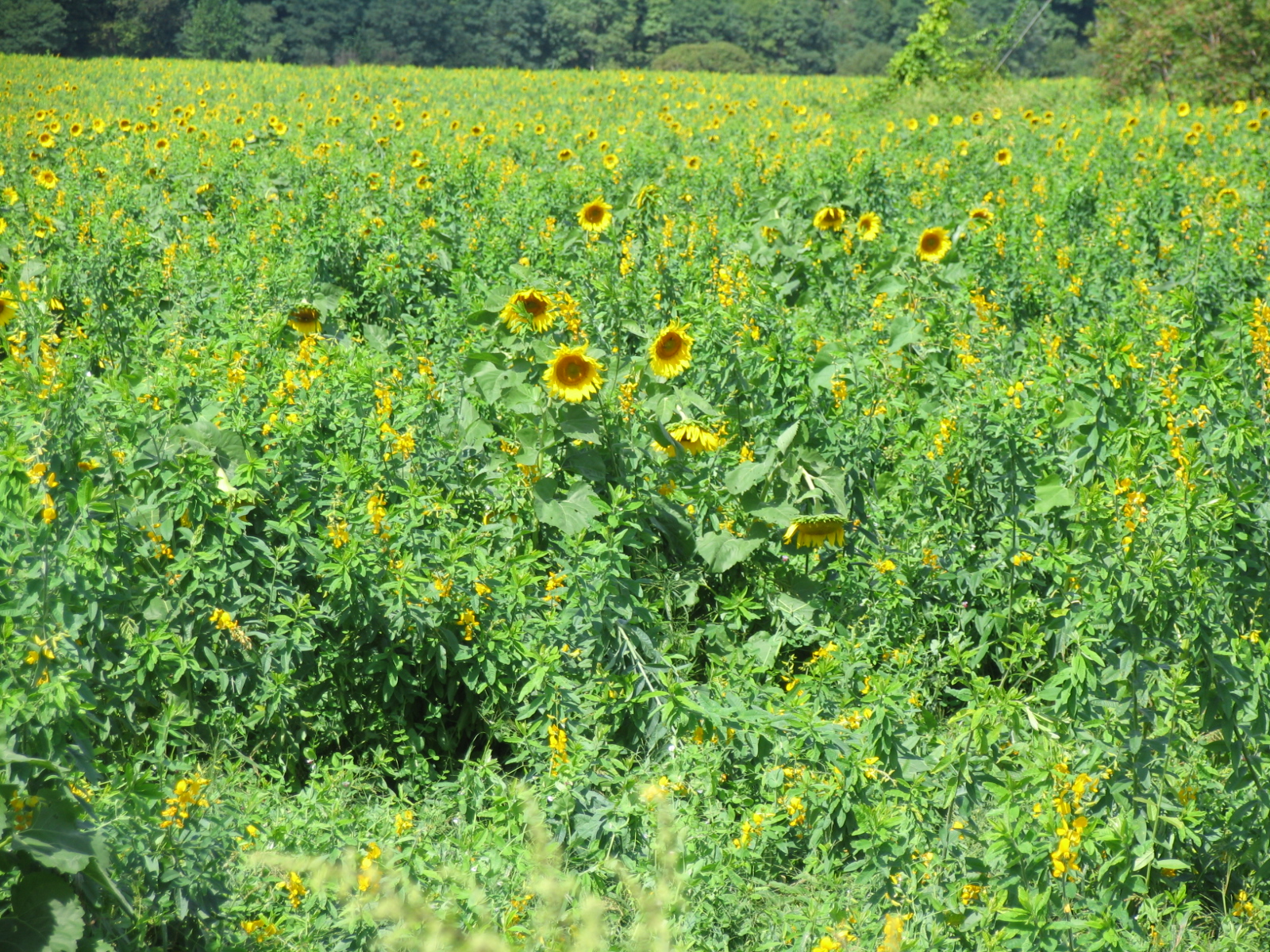 Meanwhile, a rectangle of neon green, brighter than the rest of the lawn, indicates where the previous owner of our property grew their backyard veggie garden. The contrast in color between that plot and the grass that stretches out around it has been on my mind. Why is that former garden spot still pumping out so much more chlorophyll? I think some heavy duty chemicals were dumped onto that spot years ago. I wonder about the long-term effects. We haven’t fertilized the lawn in a dozen summers, preferring to let it struggle along on existing nutrients in the soil and rainfall. In fact, most of the yard has been allowed to grow, so what was once a park-like manicured expanse is now a wild field abundant with Queen Anne’s Lace, golden rod, mugwort, and a colorful display of other “weeds”.

Our vegetable garden is positioned in the middle of the field, where we’ve built raised beds and added and amended the soil with natural fertilizers and mulches. It’s a hit-or-miss proposition, since we’ve acquired those fertilizers and amendments from different places—a horse farm, a cattle ranch, and infrequent purchases of natural fertilizers from the local nurseries. As amateurs, we don’t test the composition of the soil for nutrients we hope we’re building each year, and we’ve never planted a cover crop to till in for good measure. We are as impatient as we are ignorant, yet the earth provides.