Before he wrote about food and sustainable agriculture, Michael Pollen published a book titled Second Nature, in which he describes moving to the country with hopes of living in harmony with the great outdoors – meanwhile, the forest continuously plots to reclaim his yard, inch by fertile inch. His naiveté is charming, even as he battles it out with a force greater and more entrenched than his flimsy wishes. It’s an entertaining read, and now I’m beginning to relate. 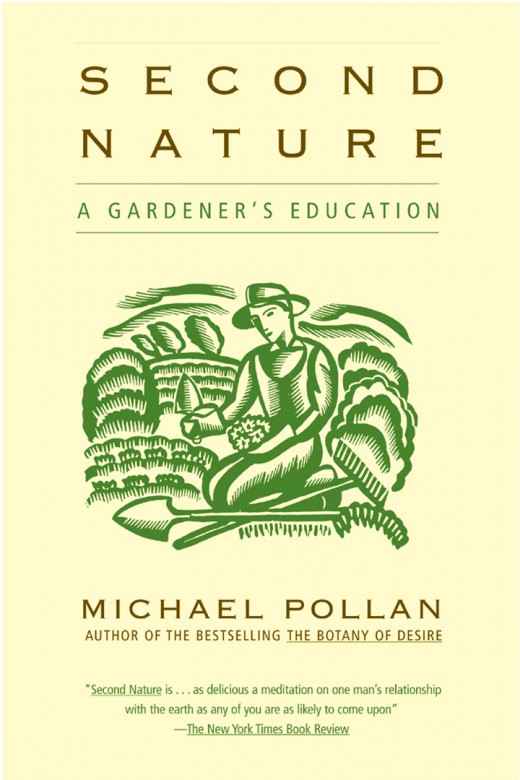 Second Nature by Michael Pollan, for sale on Amazon.com

Nature is aggressive, sometimes ridiculously so. When spring broke through the prolonged season of ice and snow, I went outside to do the annual cleanup of leftover dead leaves and debris from last fall. Nothing was blooming yet, but it looked tidy. A short couple of weeks later, green stuff sprouted all over the place. Tulips, irises, daffodils. Then overnight – I swear it was that fast – three-foot-tall brambles poked up out of the pachysandra. And then the multiflora rose popped, looking hungry and evil—if not also sweetly fragrant—even though my brave husband yanked piles of it out of the lawn and beds last summer. 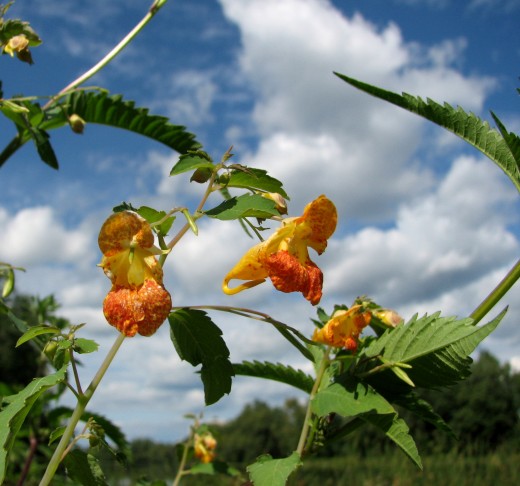 And now jewelweed has sprung to life all along the edges, with its bruised pink roots and hollow stems. I’ve read that jewelweed is an antidote to poison ivy, of which we have plenty, too. I could harvest it and cook it down into a tincture, and sell it to anyone in town who is now swollen and pocked from encountering the wretched poisonous vine that climbs trees and strangles them to death. There are other wild invasives, too many to count, that clamber across the forest floor or root underground, heading directly for any miniscule spot of earth they can find.

They’re finding a lot of spots in my couple of acres. I’m beginning to sound rather negative about my yard, I know. Don’t even get me started on ticks, except to say I’ve finally accepted the fact that I need to remove the three barberry plants from the property, two of which I bought and planted when we first moved in and the other, a self-starter. Turns out that barberry shrubs are tick havens. Mice safely live under them, and deer won’t touch them. I don’t see the harmony here. It feels more like organized warfare on the part of the non-humans. 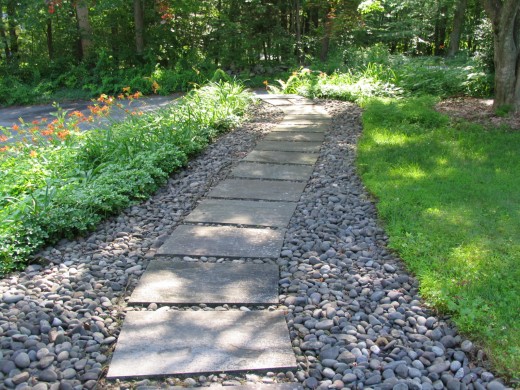 The other day, my husband and I crept along our bluestone path, plucking tenacious grasses and sorrel and pigweed and dandelions from between the slabs and river rocks—a task that can wear holes in your gloves and leave your fingertips bloody. After doing this year after year, we’ve finally decided to bomb the whole walkway with a weed killer. Not a toxic one, however. Online I found a recipe for a non-toxic-to-animals spray made with 1 gallon of vinegar, 2 cups of Epson salts, and a quarter cup of Dawn dishwashing liquid. That last artificially blue ingredient makes me wonder to whom, exactly, the concoction is non-toxic—but a person could safely bathe in this on occasion and only come out pickled.

It’s supposed to wipe out all thriving flora overnight. I will report back with the results.