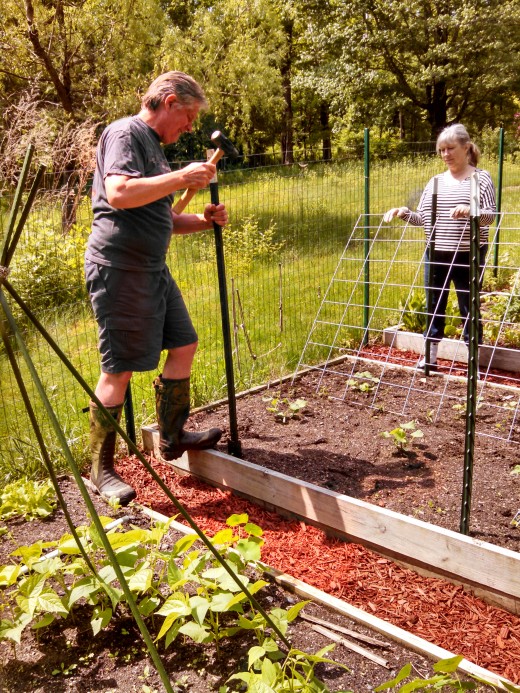 When we plowed up this plot in our back yard to grow some of our own food, we had visions of perfectly orderly crops glowing in the sunshine. My neighbor/gardening partner, Wendy, and I plant what we all want to eat. We sometimes commandeer our husbands to help us out with the infrastructure, and my daughter and her partner also work for their share of the harvest. We all put in the sweat equity required to coax annual bushels of lettuces, beans, and tomatoes out of the ground.

Wendy—mother of one—is a stalwart weeder, while I prefer standing in the mulched paths between the beds with a hose at dusk. Being in the garden at any time of day is a contemplative act, and watching green and yellow and red food burst out of the earth is thrilling. But it’s not always an orderly matter. You’d think after raising a relatively large family—I’m the mother of five—which is a multi-decade commitment of time and energy, that managing a 20’ X 40’ vegetable garden for a mere season would be a snap. I mean, how rebellious can a bunch of plants be, compared to a houseful of teenagers?

Answer: Like adolescents, certain veggies have minds of their own. Perhaps they all do, and our problem was ignorance. We simply had no idea how wild and recalcitrant and head-strong certain ones could be. I’m thinking specifically about winter squashes. The first year we planted six hills in a 9’ X 6’ bed. The sturdy vines grew out in every direction, jumping across paths, climbing the fence on one side, and overtaking an already-loaded green bean teepee. We gleaned nearly sixty squashes that year, but it was hard stepping through the viney mess to reach any of our ripened veggies. 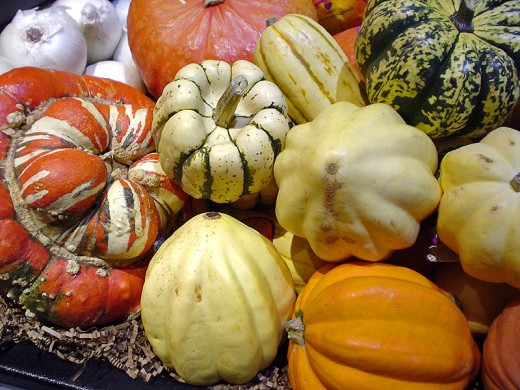 The next spring, we created a circle of hills outside the fence, thinking that the vines wanted more space to wander. They didn’t seem to like it as much away from everyone else, and they got nibbled by creatures. So, the following year they were planted back inside the fence, which they poked through, seemingly trying to escape. We had to constantly divert the vine ends back into the garden before the fruit was set, to keep our local ground hog from feasting on them. Still, not the best solution.

If winter squashes really want to sprawl and climb, why not give them their own trellis, I thought? They’re hard and heavy, so training them on string—like cucumbers or beans—would not work. I searched farm equipment web sites and found cattle fencing—panels of heavy gage steel mesh that are rigid enough to keep cows from running off. I figured a load of butternuts would not be too weighty for this sag-resistant material. With metal fence posts pounded into the long sides of the beds, we propped up two panels at an angle, right above the rows of plants. Now to encourage them to grow up instead of out… Will report back later with the results!