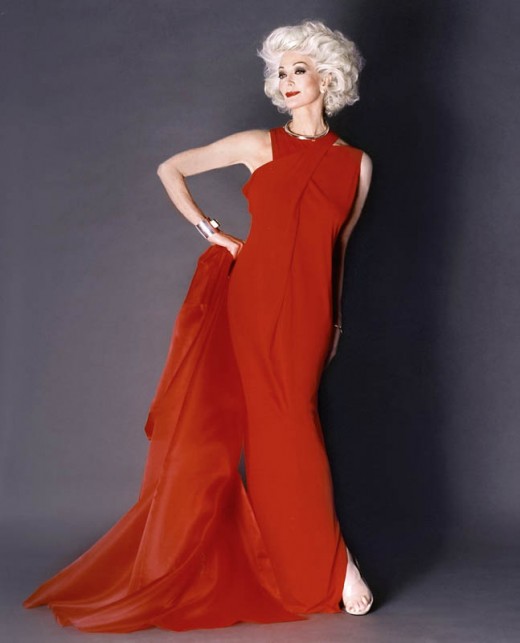 “Eric Bean.” Don’t you just love the name? The name alone sounds like a person you could identify with. A humble, yet engaging guy, whose life has been defined by multiple dynamics. For this week’s porch conversation, Eric arrived with dinner plate dahlias and an assortment of multi colored eggs. Attractive and charismatic, Eric is the personification of the current redefinition of life in the Hudson Valley. A dynamic couture fashion photographer, whose success was underscored by the publication of two highly regarded books on the industry (The Complete Guide for Models, & The Lighting Cookbook for Fashion and Beauty Photography). He’s a guy who ventured to step away from the glitz and glamour of couture fashion into a more tranquil life. “There reached a point where I needed tranquility,” remarked Eric. “If I had not moved to the Hudson Valley, I would not have chickens, I would not have found Ted, and not have found a new career as a Luxe-brand realtor.” In his former career Eric often found himself on shoots for such luxury brand names as Chanel and Harry Winston. His keen eye helped capture the sublime elegance of iconic model Carmen Dell’Orefice on numerous occasions. In fact, he worked with the dazzling Carmen on so many shoots that they developed a great friendship. How could any one not develop a friendship with a guy with a name like Eric Bean? 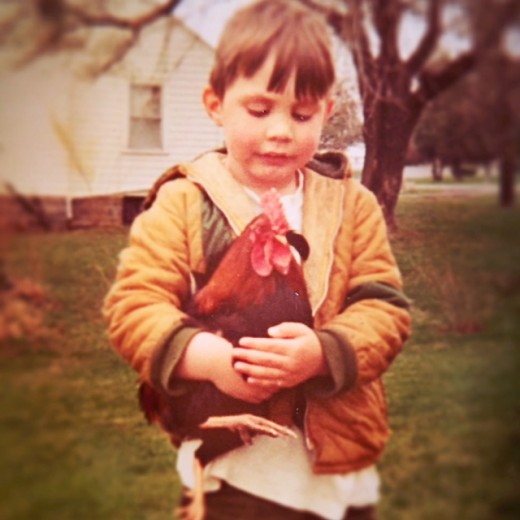 As a young child Eric loved his family’s chickens.

Though Eric and I share numerous mutual friends and run into one another from time to time on social occasions, we had never actually had a lengthy conversation until our porch visit. As I ushered Eric onto the porch, he was barely seated before I exclaimed, “tell me about the chickens.” On Facebook and Instagram, I have seen numerous snapshots of Eric’s gardens and chickens. One of the chickens, named “Grumpy Chic,” in particular has captured my adoration. Who, might I ask, names their chicken Grumpy Chic? “I have always had chickens in my life,” reflected Eric. Growing up in Rochester, NY it seems all of Eric’s relatives owned farms. While his parent’s farm was not a working farm, they did have chickens. Eric recalled, “some of my most fond memories from my childhood are of the chickens.” Eric loved his daily observations of them: their habits, their loyalty to their rooster, how they formed cliques, and how they developed. Naturally, once he and his partner Ted Deutermann purchased a farm in the Valley, the chickens were not far behind. “Do you name all the chickens?” I asked. “No, because on a farm things happen and it is best not to become too emotionally attached to the chickens.” Only in the Hudson Valley would you find a Couture fashion photographer and Gucci’s former tenth best Manhattan customer sitting on a porch discussing poultry. 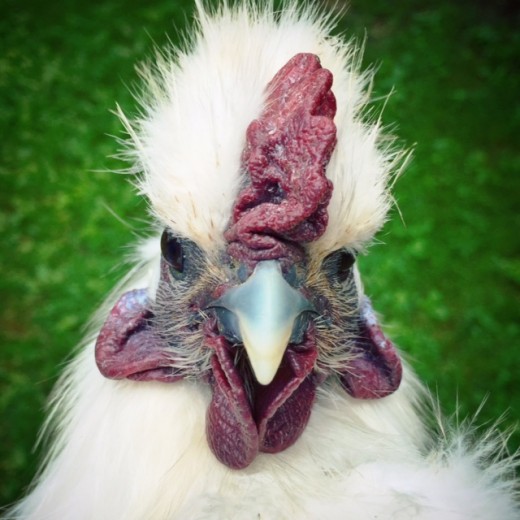 Deutermann and Bean collect 15-18 eggs per day from their chicken houses.

Last week in my piece “My Big Gay Hudson Valley Wedding”, I discussed how my first date with Gary was at best mediocre. Similarly, when mutual friends arranged a blind date for Eric and Ted Deutermann, Bean remembers thinking, “a great guy, attractive, interesting but there was no chemistry.” As a jewelry designer for Armani Exchange, Banana Republic, and Barney’s, Ted certainly seemed like the perfect match. As two single guys living full time in the Hudson Valley the two began spending evenings together. “Ted is an amazing cook,” boasts Eric. As time evolved the two became very close friends. Then one night, “a peck on the cheek turned my best friend into my partner.” After selling both of their homes, the two eventually purchased a circa-1900 farmhouse. Typical of the housing market in the Valley, their home required updating. “We have tried to style our home in the tradition of a real farm house. We love to go antiquing. With Ted’s amazing carpentry skills, many pieces have been repurposed for contemporary use,” commented Eric. 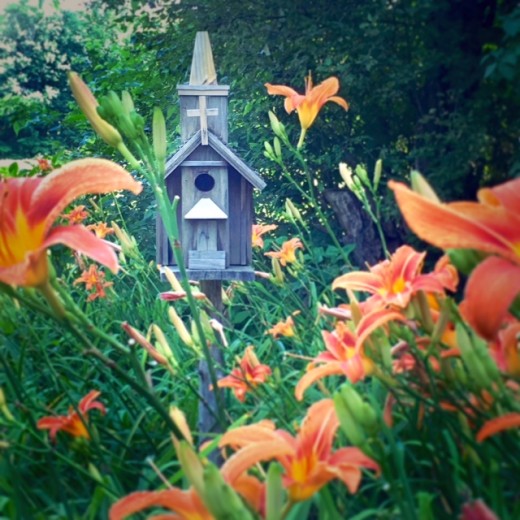 As I mentioned after numerous exchanges via social media, Eric and I have had causal glances into one another’s lives. Where I have the three Scottish Terriers: Mac, Heather Clementine and Mister Frazier, Eric and Ted have Walter. Oh Walter! The photographs of him being chased by chickens, taking winter naps, or playing in streams are hard to forget. Then of course there are the seasonal shots of Walter in Santa Hats, and Walter with bunny ears and Walter in sunglasses with his Fourth of July Cap. To a certain degree, Eric is like the grown up reincarnation of Obie Taylor. I told you it is difficult not to like Eric. 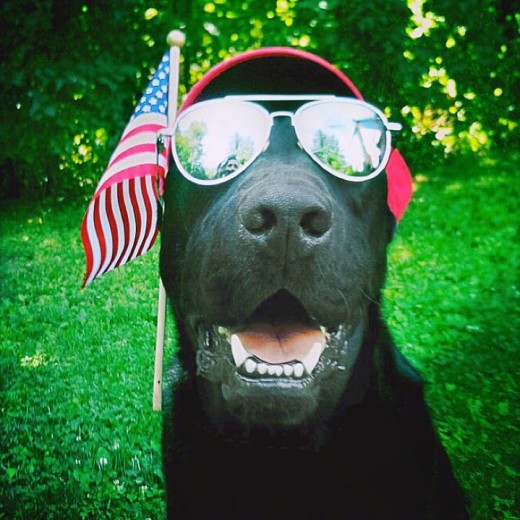 A picture says it all when you are discussing Eric and Ted’s dog, Walter

Sometimes in life one’s first career easily flows into one’s second career. Eric – a high-end photographer in his first career – has rebranded himself as a high-end realtor in his second career. With listings in the ranges of $750,000 thousand to $1.9 million, Eric has in five years established a stellar reputation. “Having worked in the Couture fashion industry in Manhattan, I can easily understand the needs of my Luxe-brand real estate clients. Clients who are accustomed to the glossy shots and catalogues provided by Douglass Elliman, Sotheby’s and The Corcoran Group (to name a few). Clients who are searching for a second home which will provide an oasis from city living.” The one thing I have personally observed over the years is Luxe-brand realtors have one thing in common: they do not think like realtors. 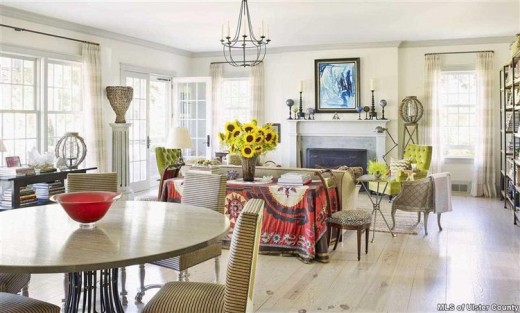 Whether they are listing properties in Palm Beach, Oyster Bay, or the Hamptons, thinking out of the proverbial box is the key to their success. Instead of thinking like a salesman, their thought process is very similar to that of an interior designer. Rather than selling a house somebody lives in, they are selling the house YOU want to live in. The story is not about how the house is currently furnished or how the current owners live there; the story is how will you live there, and how you will furnish the house. “I like empty houses,” smiled Eric. I have often thought along those same lines. Forget staging, forget Aunt Sally’s teacup collection, which only distracts the attention of potential buyers, empty houses provide a world of endless possibilities. Such possibilities allow the buyer to visualize their own lifestyle with the property. By utilizing the photographer’s eye for lighting and angles, Eric’s listings shots are instantly enticing to potential buyers. They’re the type of shots which make you think “I could sit in that garden, I could cook in that kitchen,” or “I could swim in that pool.” Just like in fashion, Eric creates a vision for his client’s lifestyle, a vision which can be realized. As they say, the numbers speak for themselves, and in Eric’s case the numbers show he is the leading Luxe-brand realtor in Ulster County, NY. 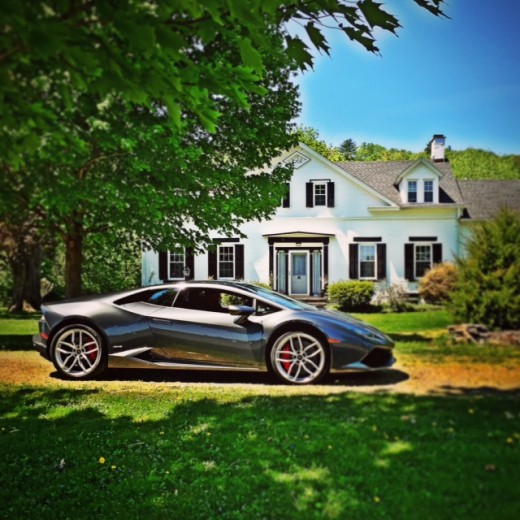 Eric Bean is one of those guys you want to have a cup of coffee with. Someone you can joke with, who has an interesting story to tell. Whether he is discussing gardening, chickens, or real estate he has an unwavering charm. It’s a subtle elegance rarely distinguishable in today’s world. He’s a guy whose eyes sparkle as he mentions his partner Ted, or twinkle with mischief as he recants tales of his dog Walter. Just like Obie Taylor on the Andy Griffith Show, Eric is everybody’s friend who just happens to sell million-dollar real estate listings. He’s a nice guy who can help you visualize a better life for yourself. My clients, “often spend their vacations in their weekend homes. Ted and I live in our vacation home everyday,” stated Eric. 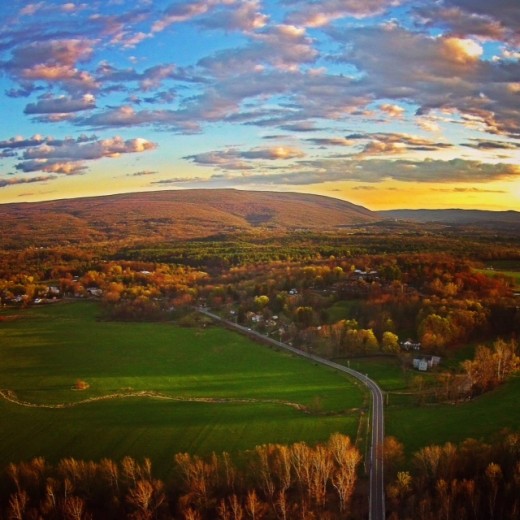 Drone Photography of the Hudson Valley has become one of Eric’s leisure activities.

The next time you are standing on Madison Avenue, amongst the hustle and bustle of city life, you might think of Eric Bean. A guy who in many ways helped to define the way people look at fashion, who raises chickens and sells dream homes in Ulster, County. Perhaps Eric might be the guy who has the listing of your own Shangri-La. And perhaps if you purchase a house in Ulster County, you might also stop by Burgevin Street for one of my porch conversations. You just never know who you might find on my porch.