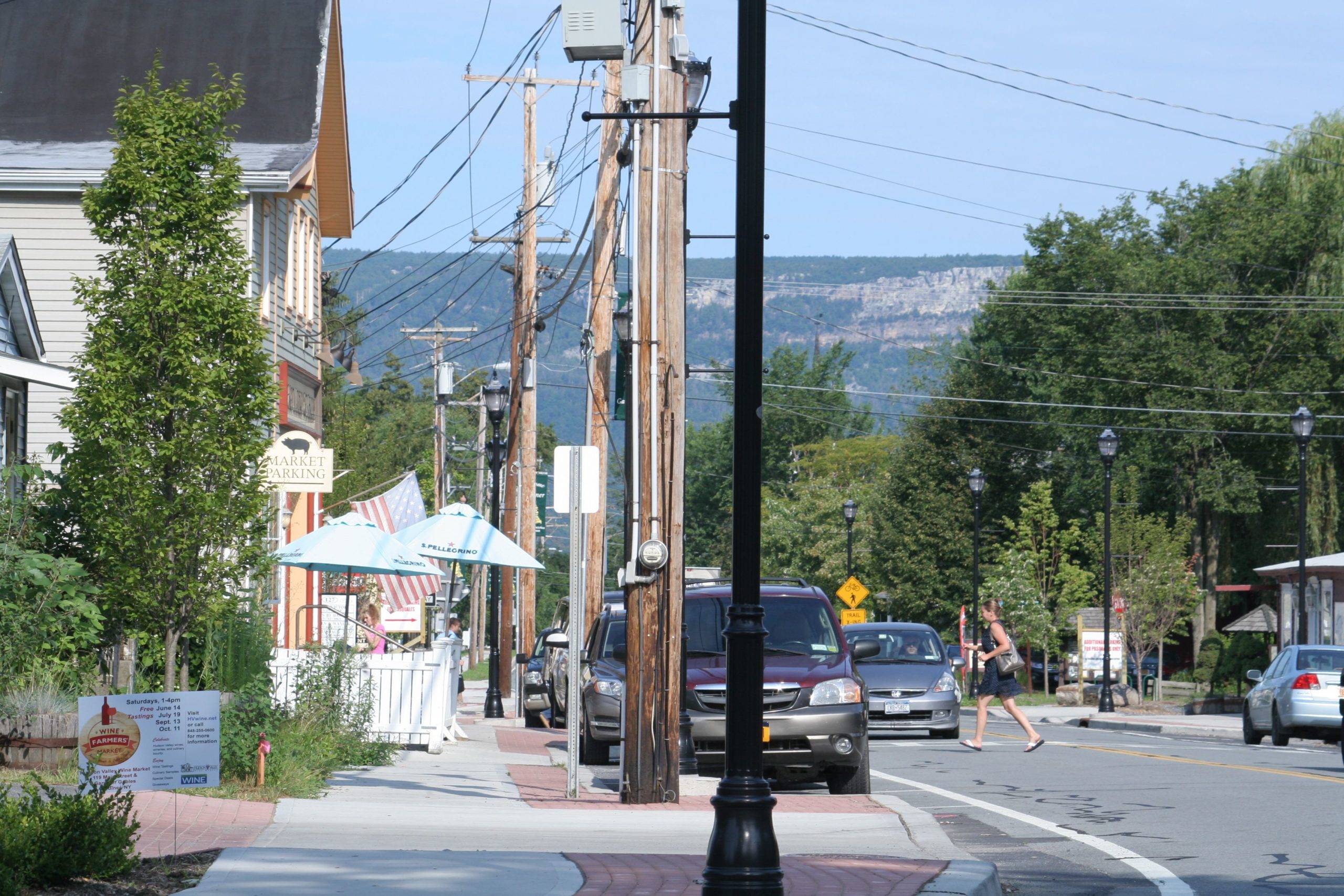 If you live in the Hudson Valley, it can be easy to take the region’s natural beauty for granted, but it’s a little bit harder to do that if you live in Gardiner. All you have to do is stand on Main Street and look up to see the white cliffs of the Shawangunk Mountains towering over this quaint Ulster County town. The Gunks are many things: an ecologically unique “sky island,” the home of Mohonk Preserve and Minnewaska State Park, the best rock climbing spot on the East Coast. But for the people of Gardiner, the ridge is a powerful daily reminder of the majesty of nature—and one’s place in it. 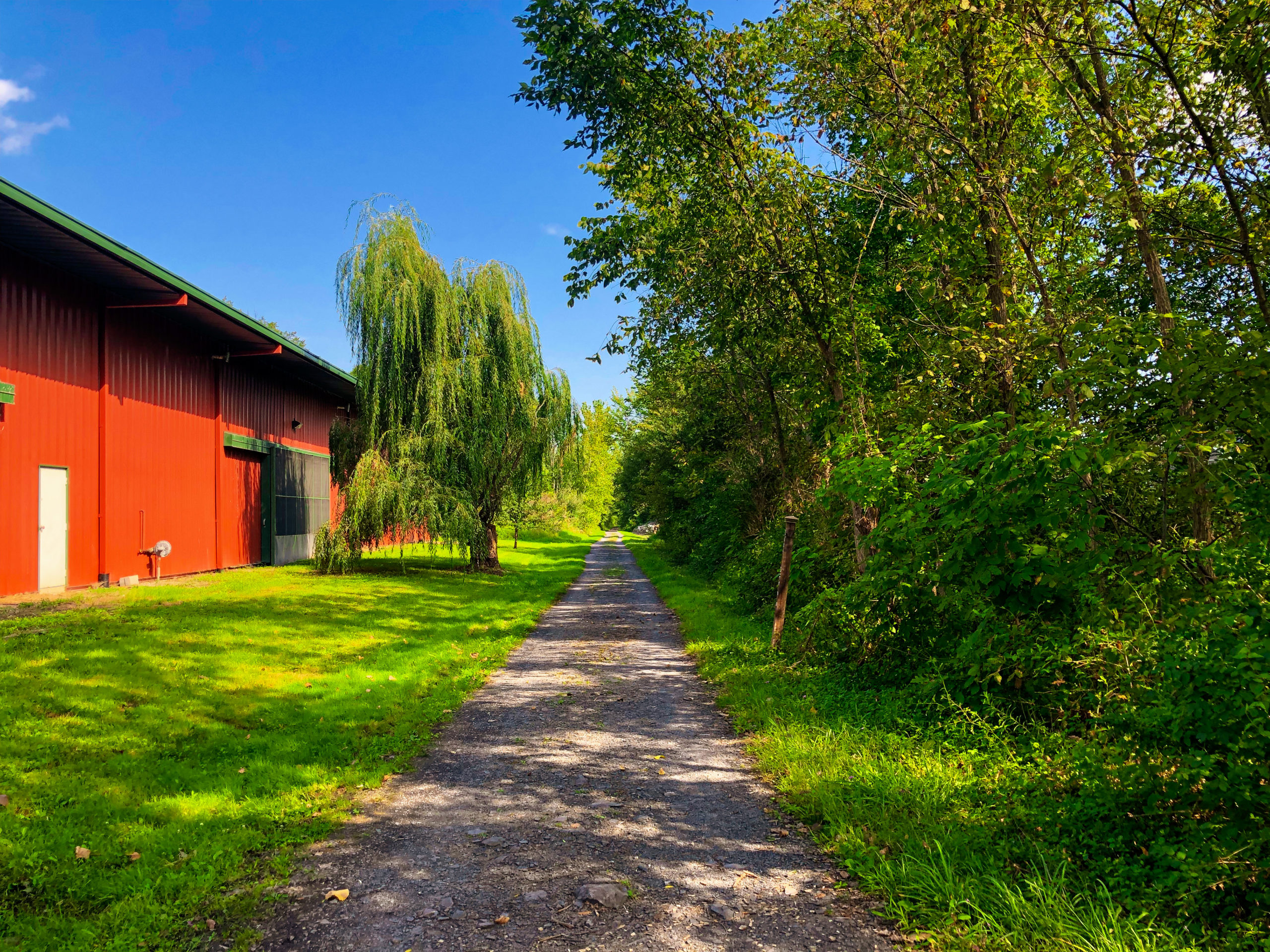 So it’s probably not a coincidence that this small town (population 5,700) just submitted their application for a Bronze Level certification in the state’s Climate Smart Communities initiative, a rigorous program in which municipalities complete actions on a lengthy checklist of tasks such as conducting a community-wide greenhouse gas emission inventory, decreasing local energy use, increasing use of renewable energy, and adopting climate-smart land use policies. “There are a lot of people here who care about the environment,” said Kim Mayer, who serves on the town’s Climate Smart task force and has lived here for more than 10 years. And a lot of those people who care about the environment are keyed up about working together to save it – also not a surprise, says Mayer, since the town’s small size fosters a strong sense of community. “You wave to people here when they walk by you or when you drive by,” said Mayer. “We’re a down-to-earth community and very friendly.” 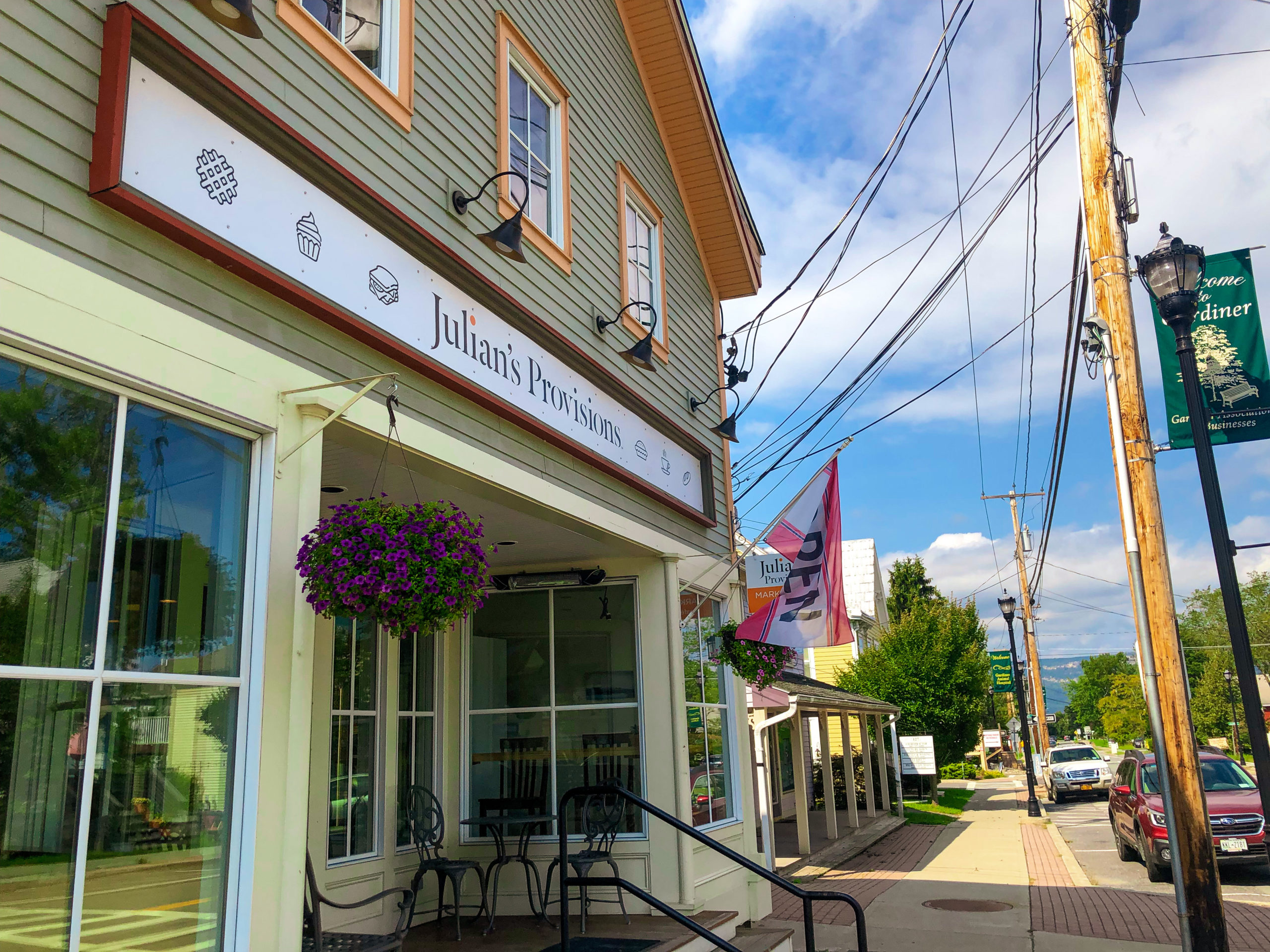 Far too many people only know Gardiner as the town with the hard turn on Main Street that comes out of nowhere on your way to New Paltz, a few minutes north of here. Perhaps you’ve had your windows rolled down and caught a heavenly whiff of Pasquale’s Pizza as you drove through Gardiner’s two-block downtown or wondered why it seems like you always have to stop at that one spot to let bicycles cross the road. So let’s start here, with the family waving to you as they bike across Main Street. Pull into Pasquale’s for a panini on their homemade focaccia. Thoughtfully munch on it while you look up at the Gunks and all the people waving to each other on the street. Why haven’t you stopped here before?

No matter, you’re here now. And you can finally figure out where all that bike traffic is coming from. The 22-mile-long Wallkill Valley Rail Trail crosses Main Street here on its way to Kingston. If that’s not a far enough trip for you, the Rail Trail is now part of the 750-mile Empire State Trail, so you can also bike or jog from here to the southern tip of Manhattan or north to Buffalo, if you’re so inclined. If the only thing stopping you from shuffling off to Buffalo is the lack of a bike, turn around and look behind Pasquale’s. Here is Lightsey Cycles, with an impressive selection of both new and used bikes, daily rentals, and all the gear you could possibly need (They also have a selection of skateboards, in case you want to check out the small skate park located in Majestic Park in town.) 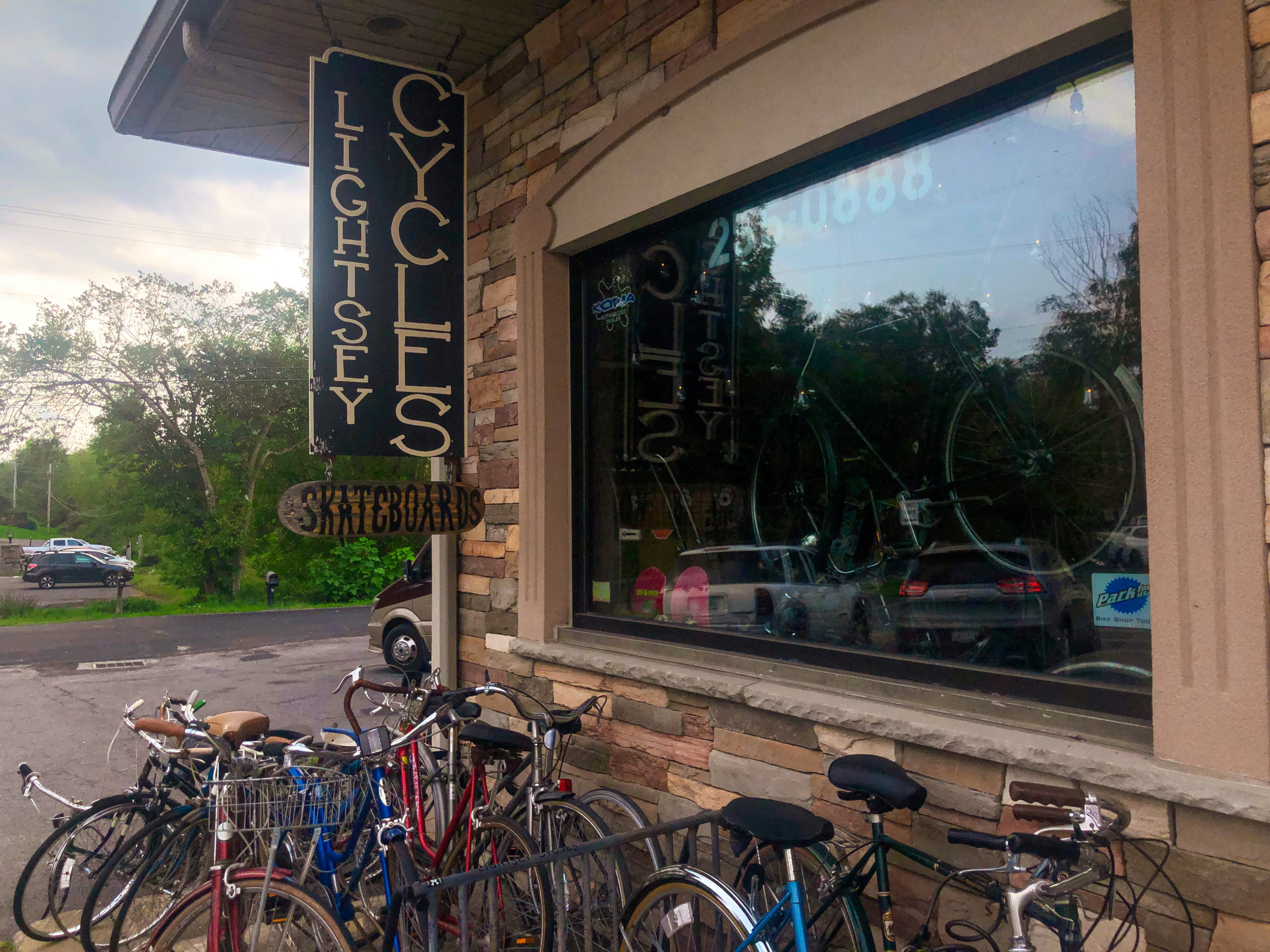 As beguiling as the smells from Pasquale’s are, it’s not the only place to eat on Gardiner’s Main Street. Julian’s Provisions is probably best known for their line of frozen waffles and baguettes, but they also carry a small selection of groceries and their own cafe. Cafe Mio, located just around the turn, is a beloved and dependable go-to spot for breakfast all day or a grass-fed burger from Full Moon Farm if you’re in the mood for something heartier. Or perhaps something not as hearty? Something in a glass? Head back across Main Street to Gardiner Liquid Mercantile, headquarters of the local spirits scene, offering a selection of the region’s wines, ciders, and spirits for sale or for sampling (there’s food too, to take the edge off.) If you’re still looking for something to lighten the mood, head to the industrial park on the northern edge of the village, where Yard Owl Brewery, an offshoot of New Paltz’s Mudd Puddle Cafe, has been making Belgian-style beers for almost 10 years.

In addition to being the local watering hole, Gardiner Liquid Mercantile also distills their own apple brandy, made with fruit grown at Dressel’s Farm. So if you want to see where your drink was “born,” it’s just a five-minute drive away. If you’re here in September or October, you can pick apples at Dressel’s as well, or keep the party going by sampling the hard ciders at the farm’s Kettleborough Cider House. 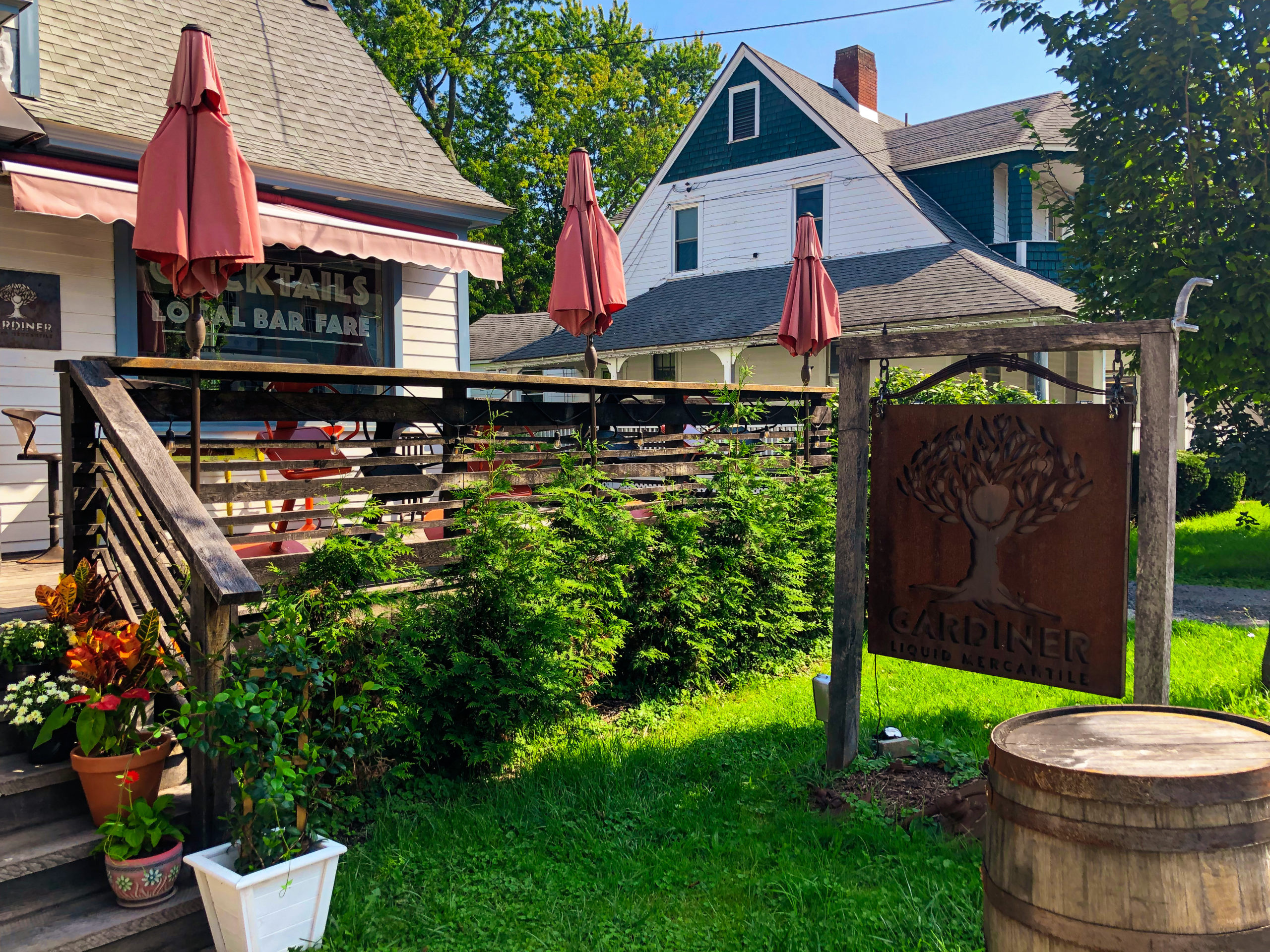 Wright’s Farm, also in Gardiner, is another U-pick destination, with cherry picking in the summer, apple picking in the fall, and a farmer’s market open year round. I don’t make it to Wright’s Farm every fall, but I do visit their website every fall to click on the “Help, I Picked Too Many Apples” header in order to get recipes that use up all the apples in the bottom of my red mesh bag.

If the apple-picking hordes get too overwhelming, head for the quiet of Majestic Park. It’s here that you can find the aforementioned skate park, as well as short trails down to the rushing Wallkill River, a baseball diamond, a hardball court, and a playground. There’s also a way-more-impressive-than-it-needs-to-be Frisbee golf course that’s often visited by fully-kitted-out semi-pro Ultimate Frisbee diehards, a subculture that I honestly did not know even existed until my most recent visit to the course. 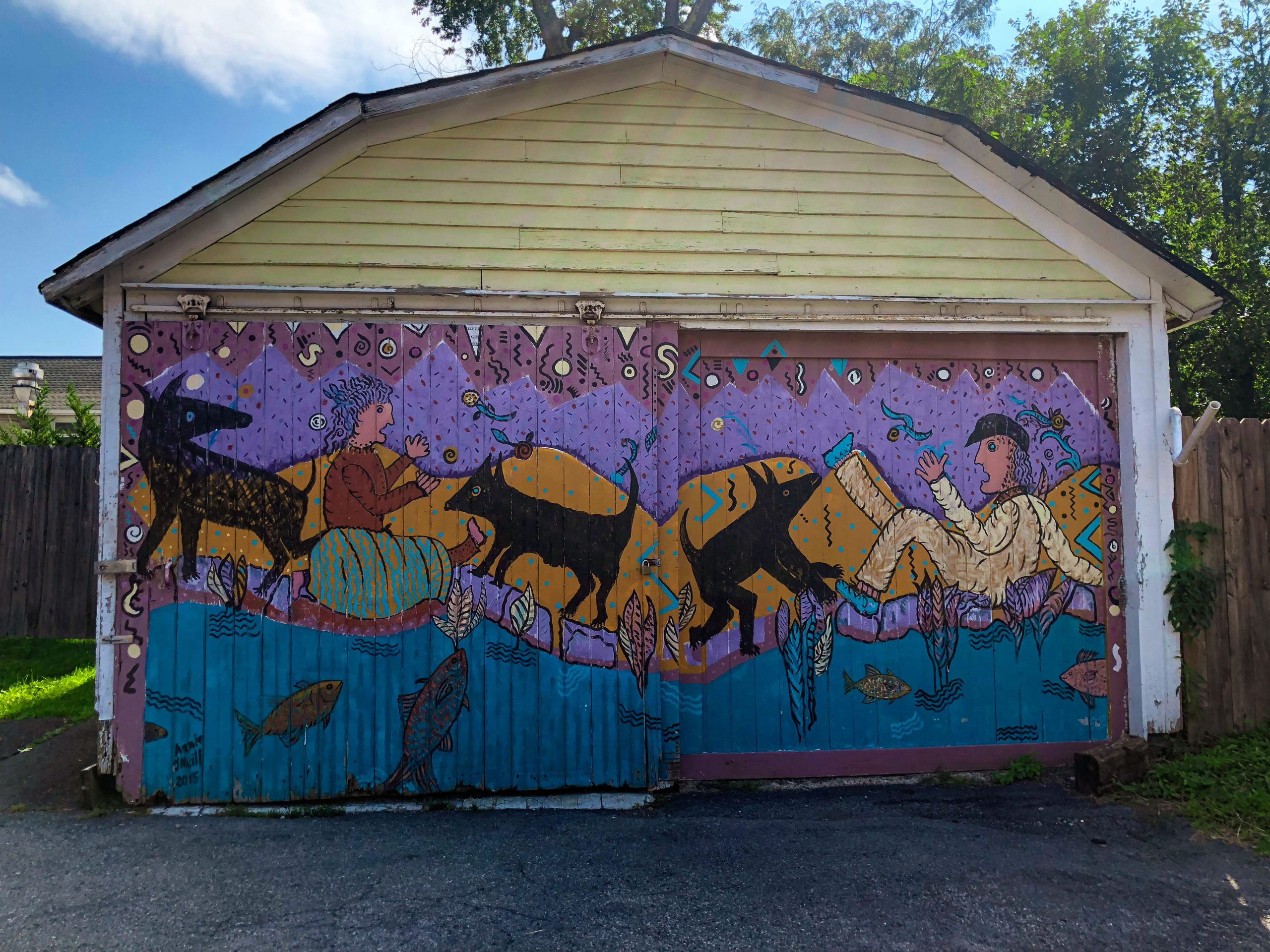 A mural by Annie O’Neil.

And if none of this appeals to you—the food, the craft spirits, the trails, the mountains, the frisbee, the sense of community—then look, buddy, you may just need to go jump out of a plane. Skydive The Ranch has been here in Gardiner for 40 years and offers the longest freefall in the Northeast. But if the idea of “the longest freefall in the Northeast” sounds slightly terrifying to you, the fisbee golf course is a great place to watch the skydivers safely (hopefully) plummet to the ground while the hardcore frisbee players dart about underneath, you finish off another perfect panini, polish off a freshly picked apple, and throw back a crowler of Yard Owl from the safety of the gazebo, while reflecting on the fact that you don’t need a parachute to appreciate the beauty of the Hudson Valley.

The views are probably great on the way down, though. Maybe next time. You’ll be back. 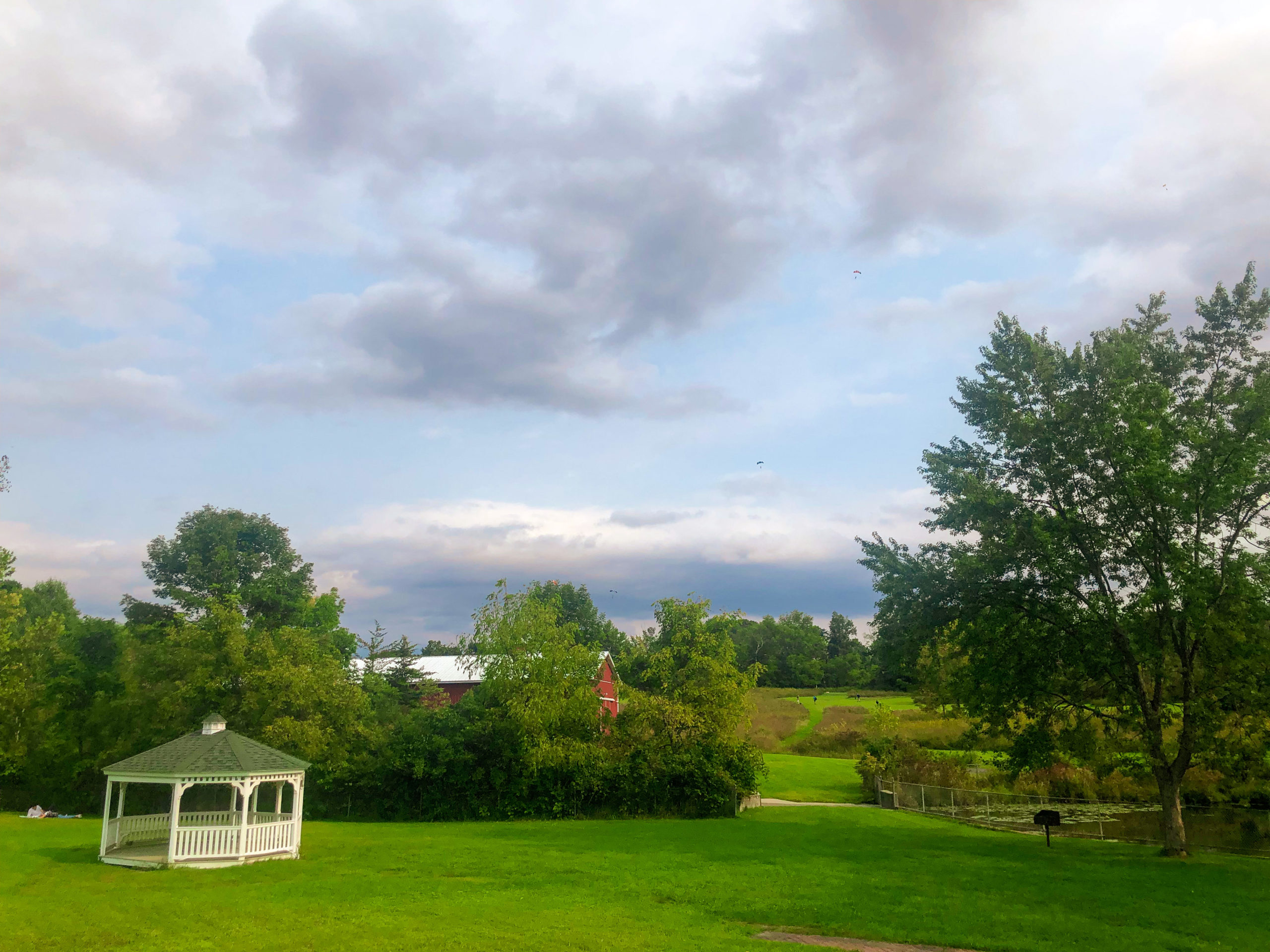