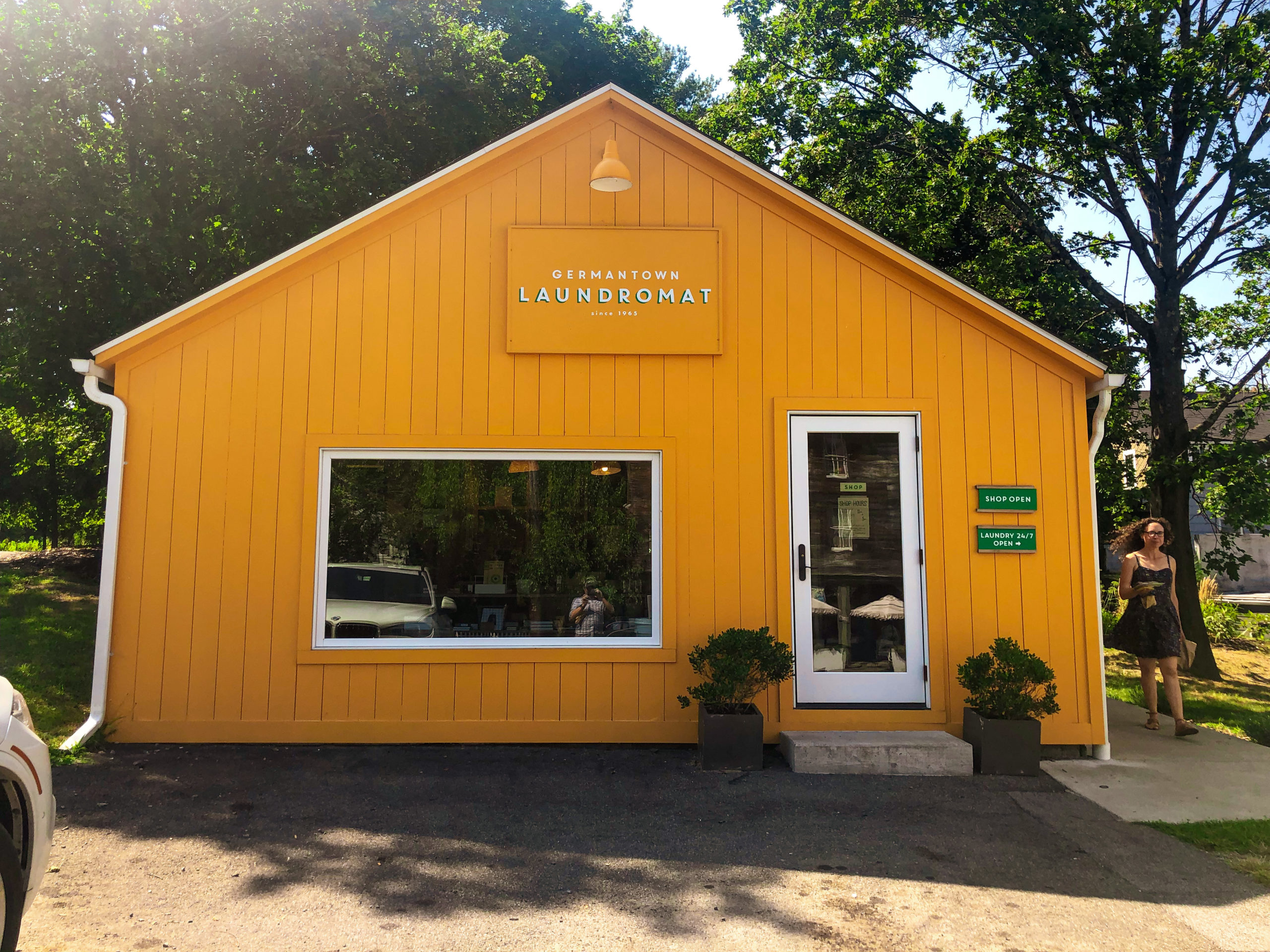 The hippest place in Germantown is the laundromat.

If you’ve never been to this Columbia County town of less than 2,000 residents on the banks of the Hudson River, you’re probably interpreting that as an insult.

The blazing sunshine-yellow structure on the corner of Main Street does have the things laundromats usually have, like washers and dryers, available 24/7. They also have an herb-fragrant courtyard that’s adjacent to Otto’s Market where you can sit while you wait for your clothes to stop tumbling, an in-house mending service, and a shop that sells laundry soap and other cleaning products in bulk, along with eco-friendly and exquisitely designed pharmaceutical items, gardening tools, local seeds, kitchen supplies, and zines. Need to pick up some natural latex vegan condoms, a reusable bento box, and a copy of Leah Penniman’s Farming While Black? Head to the laundromat, of course. I’m seriously considering driving a pile of dirty clothes up there just so that I can hang out in the courtyard all afternoon while enjoying a local craft beer and a grass-fed burger from Otto’s, despite the fact that I live over an hour away and have my own washer and dryer. 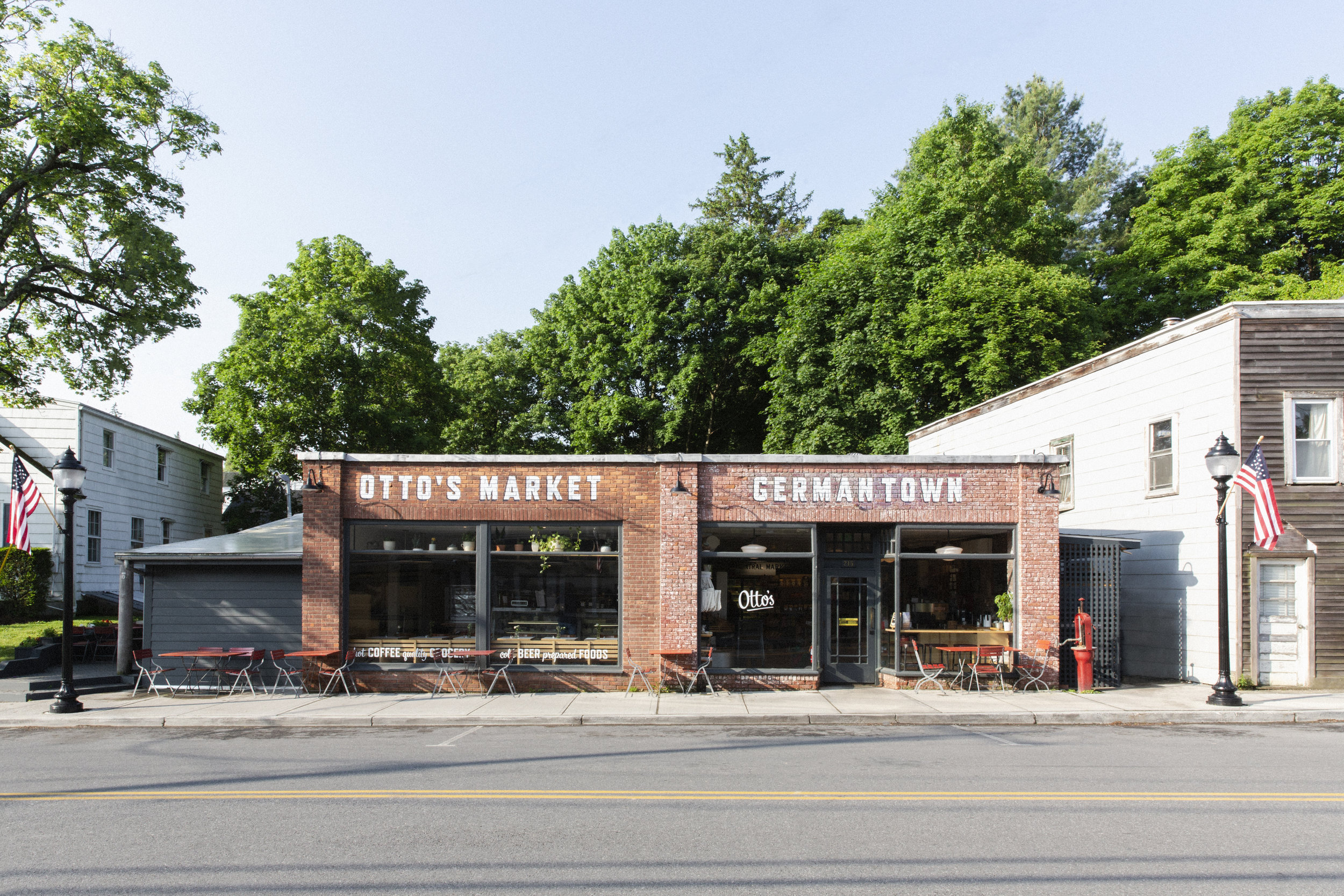 “The people here are creative, strange, and wonderful,” said Adam Cohen, who moved to Germantown five years ago. “And that’s the sort of combination I really, really, like. You don’t get that combination in many of the other small towns around here or even many of the bigger towns.” In that context, of course the laundromat makes sense. Once you’ve been to Germantown, it’s hard to imagine why a laundromat wouldn’t also sell copies of Jennifer Armbrust’s Proposals for the Feminine Economy and publish its own sustainability newsletter.

It’s usually not the laundromat or the compact, two block “downtown” of Germantown that first draws would-be residents to this area, so named because of the German refugees who were settled into work camps here in the 1700s. It’s usually the plethora of charming vintage farmhouses, Queen Annes, Victorians, and other architectural delights, many with rolling hills, farmable land, sweeping vistas of the Catskills and/or Hudson River, or all of the above. It was falling in love with a house right on the shores of the Hudson that first brought Kaare Christian here in the 1980s, first as a weekend house and then as a full-time residence once he and his wife became empty nesters. “We didn’t even know about the town yet,” he said. “We grew to know and love the town afterwards.” His love grew so much that he now serves on the Town Board. 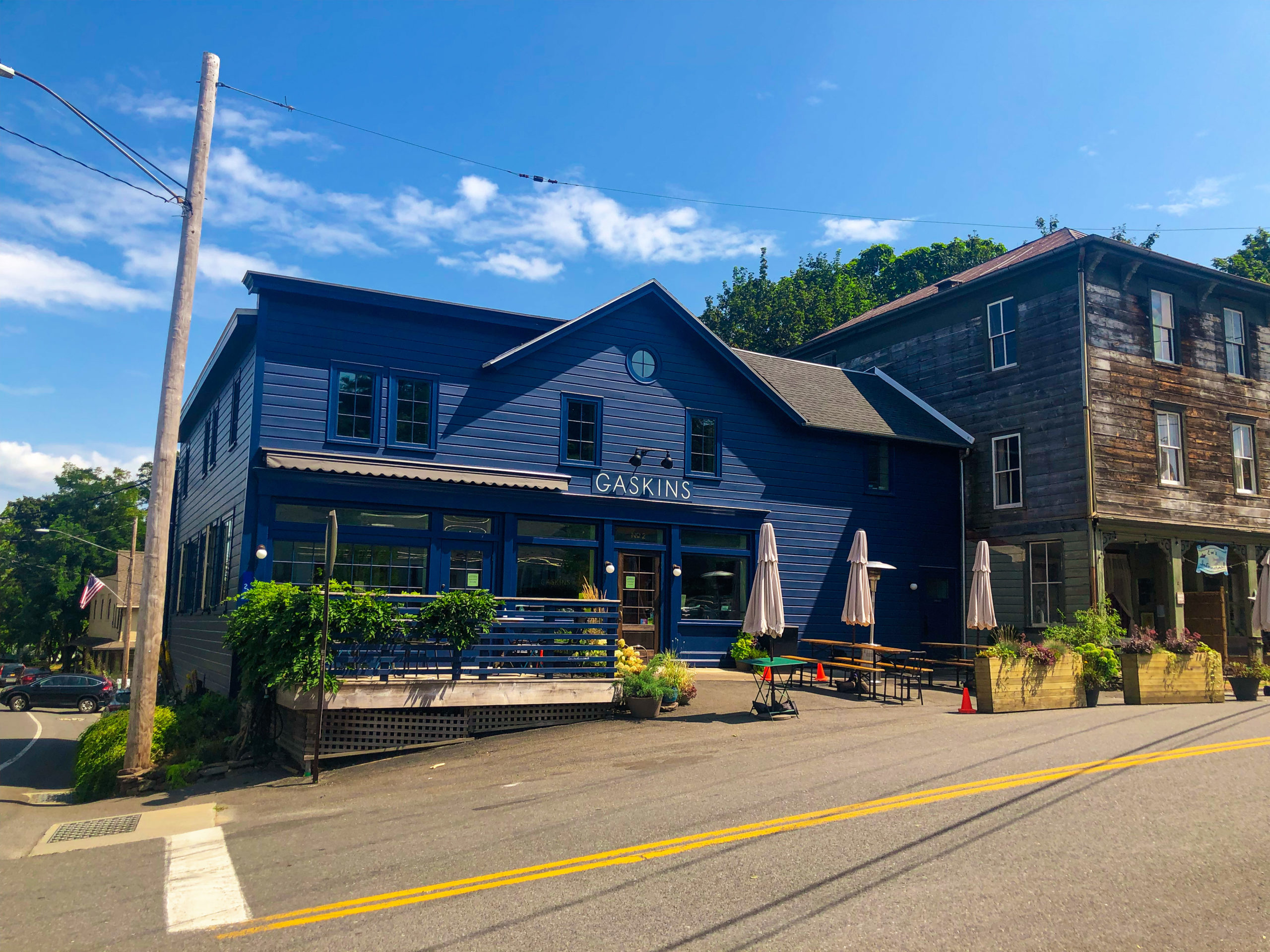 It’s the same with Cohen, who came here for a house first, and then discovered downtown. “Small, but perfectly formed,” is how he describes Germantown, adding, “small isn’t a problem when everything there is great.”

So what is there besides the laundromat? There’s the aforementioned Otto’s Market, which serves as the de facto community hub/grocery/breakfast spot/coffee klatch/cookbook swap station. The building has been a market for almost 100 years but got a significant upgrade in 2008 when Otto Leuschel took over the site, changed the name, and started selling high-quality groceries, locally grown veggies, and killer sandwiches. The town held its breath when Leuschel moved out west to be with family in 2017 and put the business up for sale, but the new owners, who made their name opening Brooklyn’s Mile End Deli, haven’t missed a beat and the place is as popular as ever. But if you want to get your hands on one of their take-away Friday Night Pizzas, don’t sleep: they’re usually reserved out by Thursday. 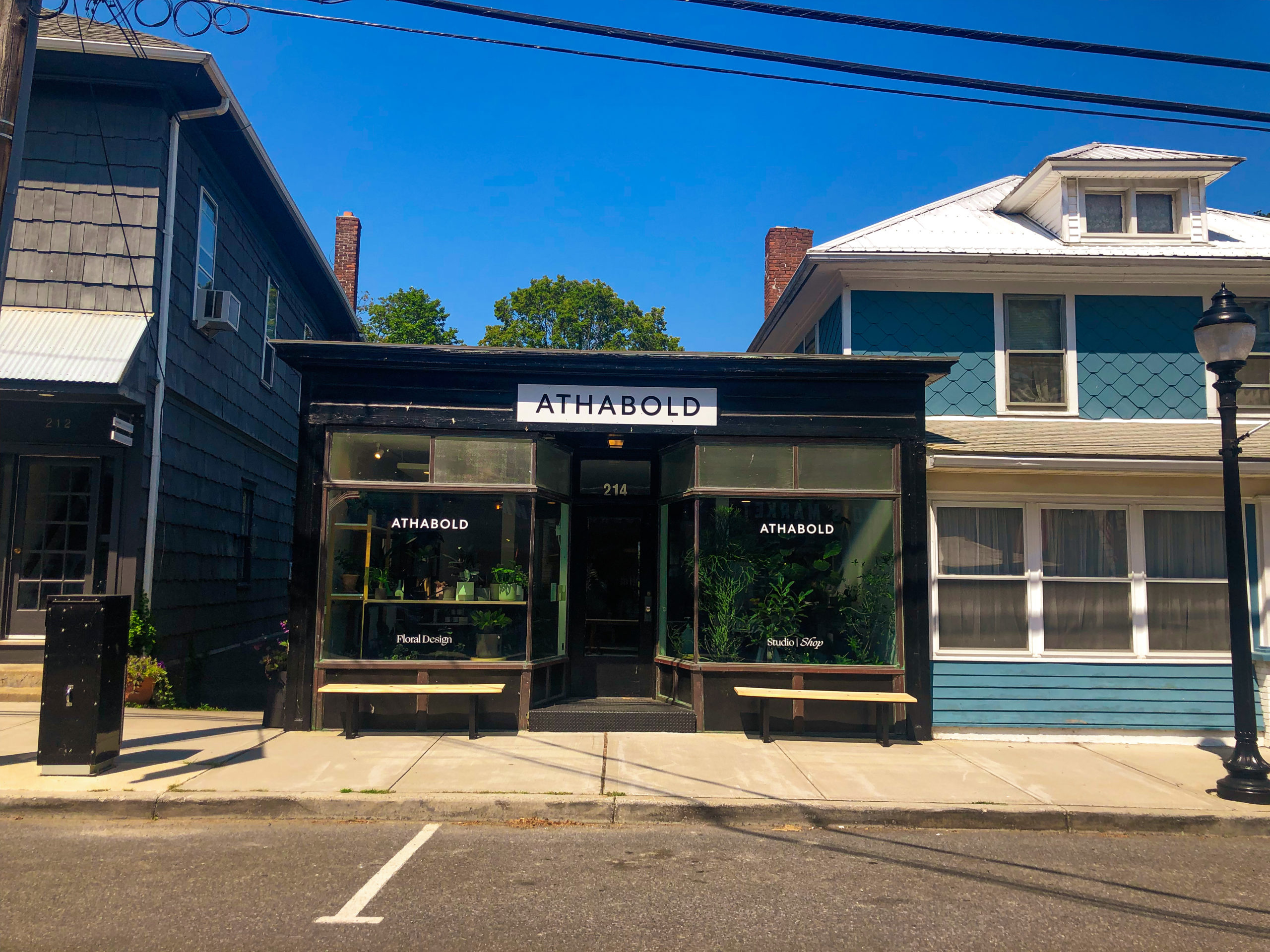 You’ll also need to plan ahead to grab a table at Gaskin’s, the renowned restaurant that along with Otto’s and the Laundromat completes the trifecta of Germantown’s main attractions. Sarah and Nick Suarez opened the restaurant in 2015, and it’s quickly become a pillar of the community in more ways than one. It was Gaskin’s that first brought the new owners of Otto’s to town for a joint pop-up dinner, and Sarah Suarez now serves on the Town Board, having run with Kaare Christian as a team. (Everybody really does know everybody else here.)

There are, of course, other places to stop in town: Alder & Co. used to be called Alder’s East as it was the New York output for the popular Portland boutique. But with the Oregon location now closed, the flagship is here in Germantown. Plants, floral arrangements, and expert botanical advice can be found at Athabold. If you need a classy gift for someone who lives in town, hit up Lawlor’s Package Store, open since 1966, for spirits and libations. (“He knows everybody and he knows what everybody likes,” Cohen says about the owner Jim Lawlor.) And if you hit Lawlor’s a little too hard and need to spend the night, the Central House Hotel Inn is right next door, built in 1876 by the Rockefellers. 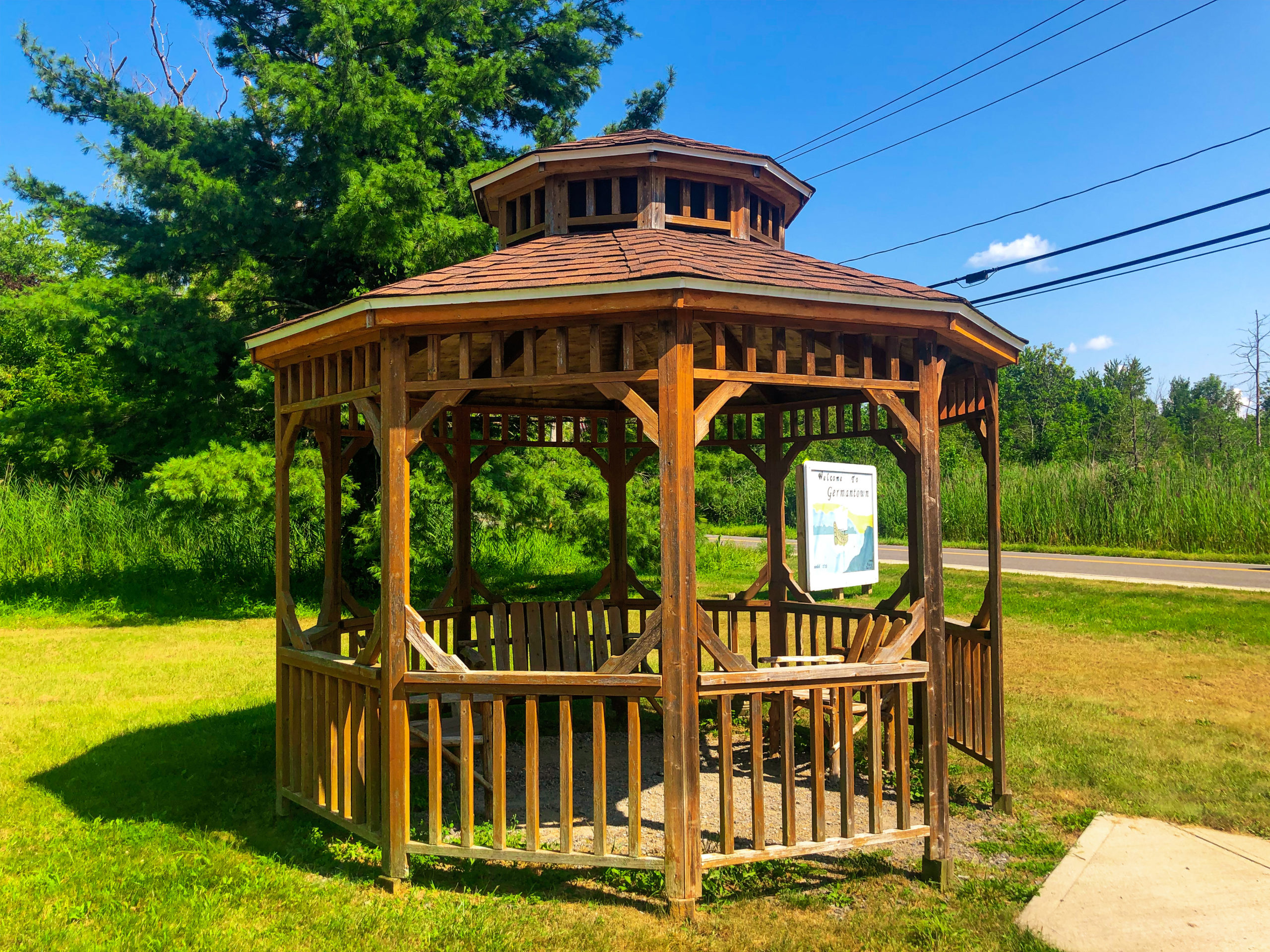 If you come to town hungry and missed out on pizza and Gaskin’s is all filled up, your best bet is to head back to the outskirts and pull into Valley Harvest Ice Cream & Grill, a roadside stand that makes a great pit stop to or from the river. And it would be a shame to visit Germantown without heading down to the waterfront, since it’s one of the few river towns that offers multiple public river access options. Both Cheviot Park and Lasher Memorial Park have public boat launches for motorboats, jet skis, kayaks, canoes, and paddleboards. Many of the town’s lazy, winding roads are ideal for bike riding as well. “You can ride your bike to the Tousey Winery for a tasting,” suggests Christian. “And then ride your bike back, slower.” 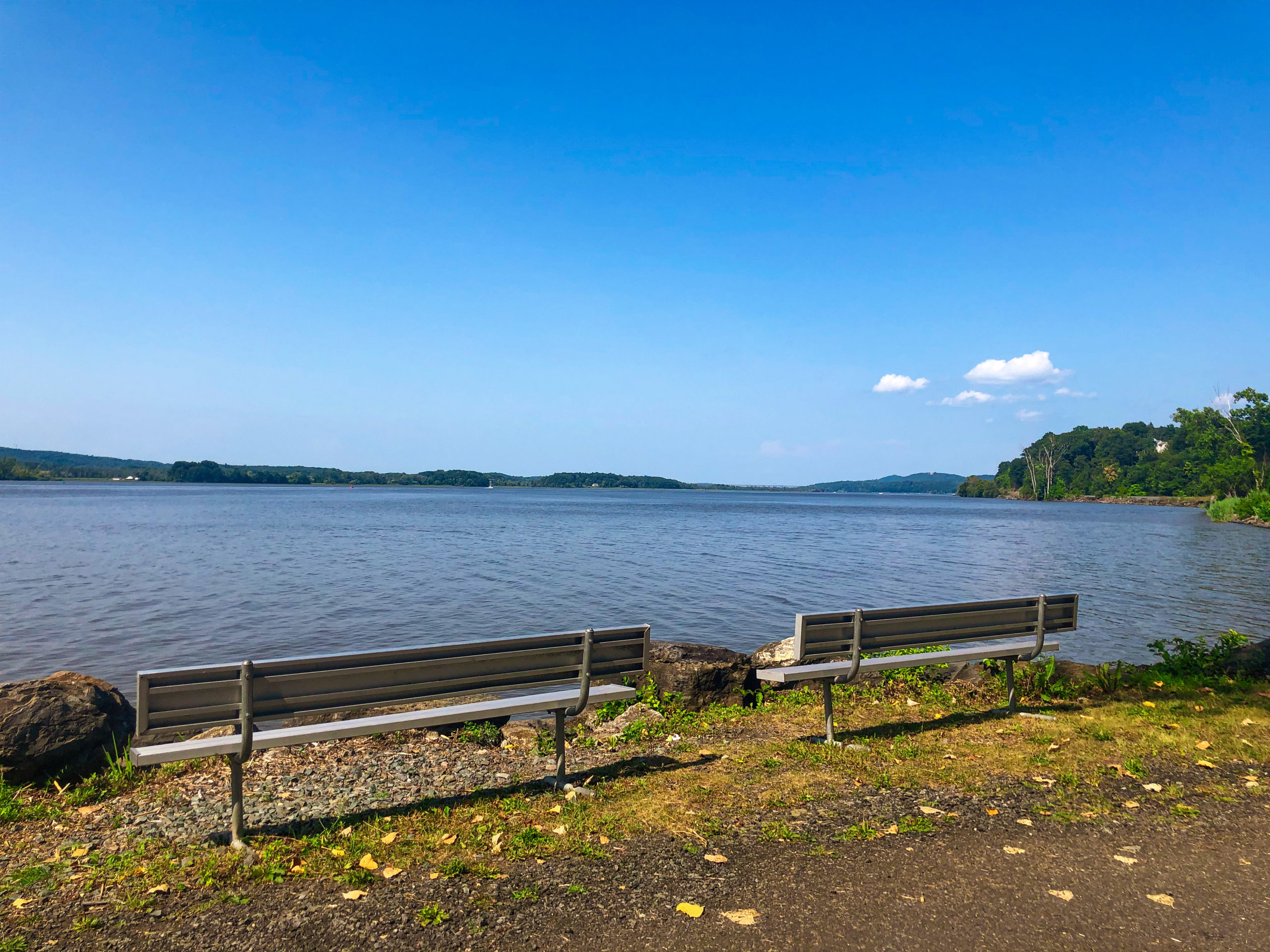