Public meetings were held on November 19th last year in the assembly room of Seven21 Media Center on Broadway, hosted by the Ulster County Transportation Council and the City of Kingston’s Office of Economic Development & Strategic Partnerships. A presentation by the engineering firm of Vanasse Hangen Brustlin, Inc. (VHB) informed the public of the “Building a Better Broadway” Project and gathered feedback to be incorporated in the plan. Click Here to download the most current documents.

The plan will lead to a transformation of the Broadway Corridor from East Chester to St. James Streets. Here are the goals:

– Re-connect the Broadway corridor with surrounding neighborhoods and amenities, such as the Kingston Point Rail Trail and other multi-use trails 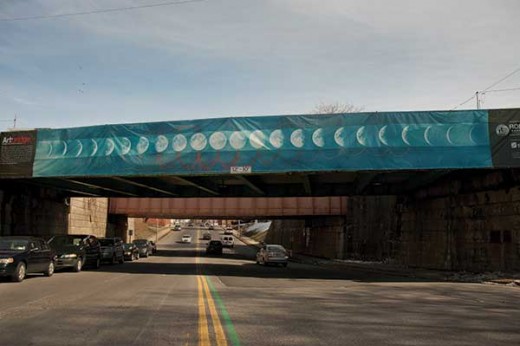 To accomplish these goals, the City has recently been awarded almost $4 million in various state and federal grants to renovate the physical layout of Broadway and connect the surrounding streets.

Here is just some of the feedback from the community:

– Safety concerns were expressed relating to numerous issues, including burned out signals, difficulty making turns, and pedestrian crossings. There were also many comments that parents with families who would like to ride in the downtown don’t because of the lack of secure pedestrian facilities.

– It was suggested frequently that the bike lanes should connect the three future rail‐trails entering Kingston’s downtown in the vicinity of Broadway. There were also many comments that more bike parking and bike racks were needed, perhaps some designed by local artists. You can learn more about the Kingston Greenline here.

– A lot of interest was expressed in making the sidewalk zones along the Broadway corridor places for people to meet and congregate, rather than just somewhere to walk or wait for the bus. To this end, it was suggested that tables and benches be added at intervals, have benches face each other to encourage community engagement, encourage outdoor dining, have a wider sidewalk zone instead of bike lanes, improve street lighting and extend a short distance into the side streets.

–A review of the traffic signal timings at the current intersections revealed that the yellow and all red change intervals were longer than required to comply with current standards. The amount of green time assigned to the major street and minor street approaches was not optimal for the prevailing traffic volumes at most locations. Changing these values is something that can be easily accomplished.

So what is next on this project? VHB will be finalizing plans this spring including another public meeting with an update on the plan. Next, there is funding to engage a design and engineering firm to develop the design and engineer the project starting in May. Also, a firm will be engaged in the next couple months to specify the upgrades to traffic signalization along the corridor for smooth traffic flows and improve pedestrian and biking safety.

Kingston is on track to become an even cleaner and greener community while knitting the City together from the Uptown Stockade District to the historic Rondout Waterfront through a vibrant Midtown Arts District.

Stay tuned! Comments and feedback are welcome and timely. This will be a year of getting the design on paper and full approvals from the involved agencies. Next year will be when bid documents are drawn up, shovels go in the ground, and much of the construction will start.

Check out some of these links for more information: