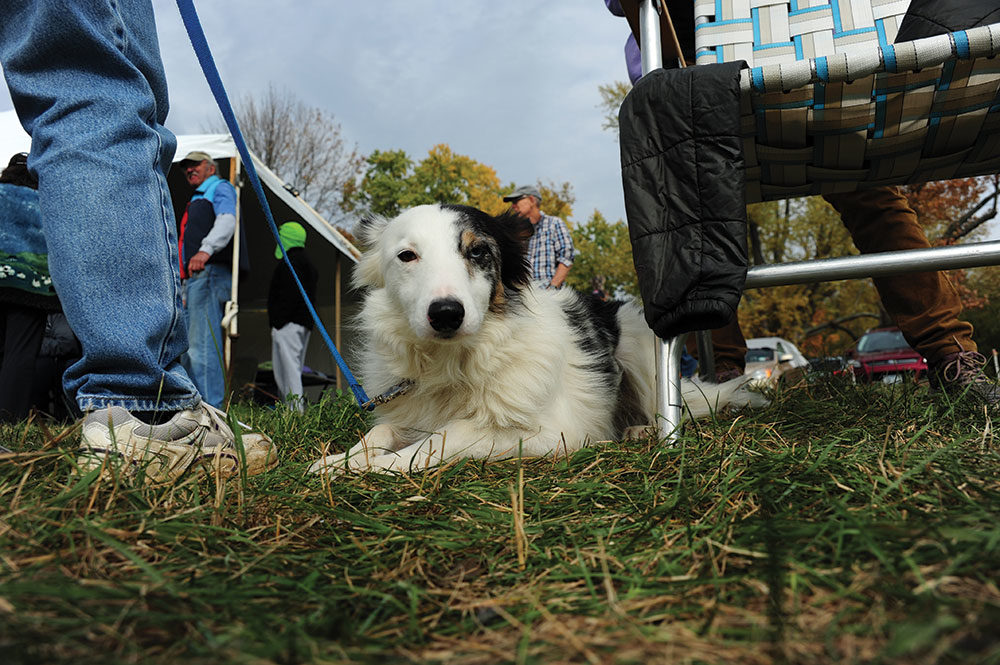 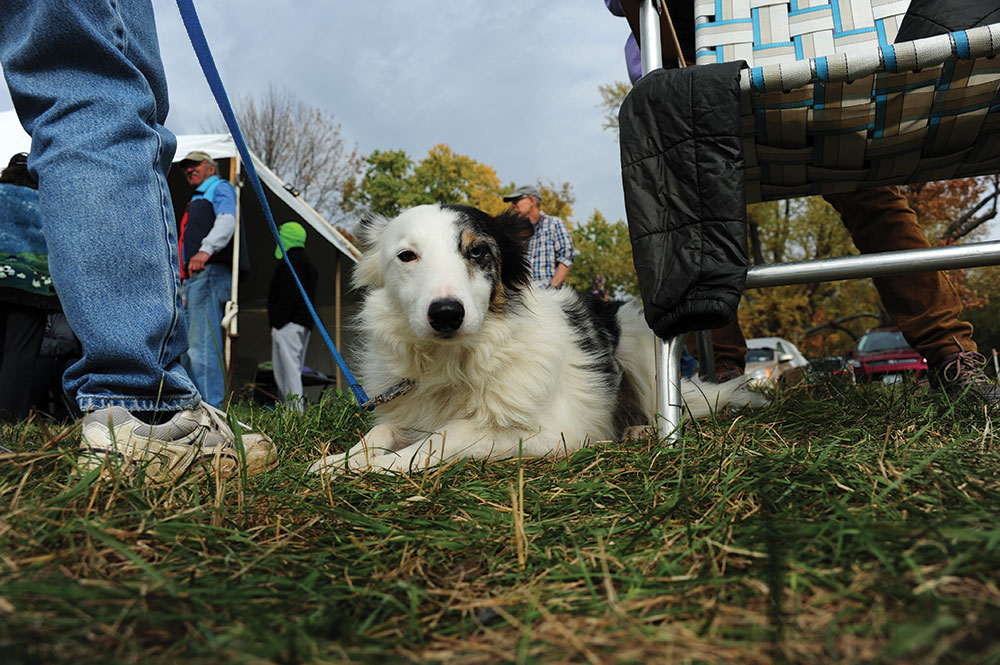 A cozy crowd of sheepdog enthusiasts enjoyed one of the greatest animal shows on Earth this fall, when the Northeast Border Collie Association held its 2016 Fall Foliage Championships at the Old Chatham Sheepherding Company on October 14-16. (Each year, the NEBCA’s Fall Foliage trial is held within one of its 113 member regions.)

About 30 handlers brought roughly 50 dogs to the championships, in which only dogs that had performed well all year were qualified to compete. The course covered 10 to 15 acres on Friday and Saturday, and about twice that for the “double lift” finals on Sunday. The dogs showed an uncanny ability to balance their sometimes-conflicting instincts to stalk the sheep and instantly heed the commands of the handlers.

Each trial begins with the “outrun.” Upon the almost inaudible command of the handler, the dog, quivering with anticipation, takes off like a greyhound out of the gate, taking about a minute to sweep a wide arc and arrive behind the small group of sheep about 400 yards away from the handler. The moment the sheep begin to move is known as the “lift,” and it is a critical moment, as the sheep must move in a straight line from their starting point to the handler. 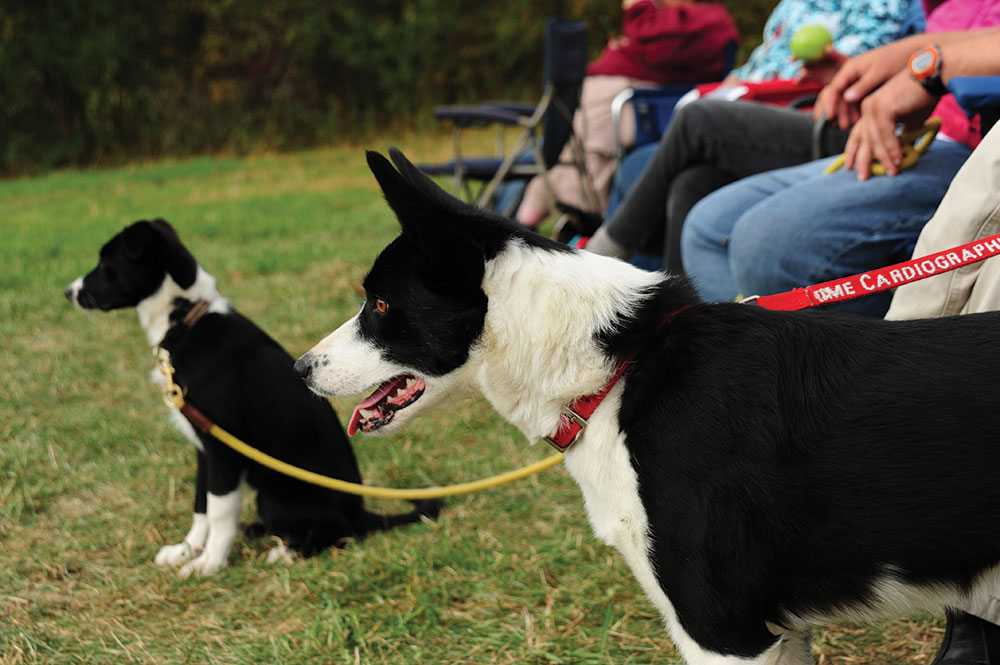 On these first stages of the run, the dog is largely following its instinct to keep the sheep between itself and the handler, who commands the dog to fetch the sheep by circling to the left or right by means of whistles. During the following stages, the dog must subjugate its fetching instinct to drive the sheep first away from the handler and through a gate, and then across the field in front of the handler to another gate. 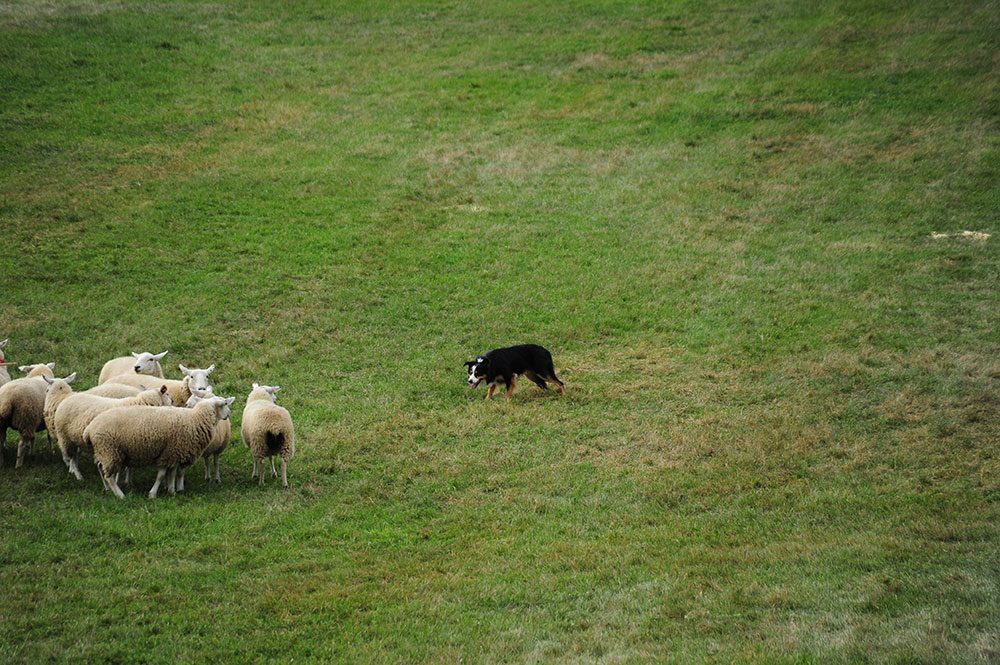 Spectators given to nail biting get their opportunity to indulge in their bad habit during the “shed.” Here, the handler and dog separate the sheep into smaller groups and the dog must allow the discarded sheep to wander away while maintaining control over the chosen ewes. A run ends when the dog and handler convince the sheep to enter a small, gated pen, or time runs out. Cheers and applause ring out as the handler swings the gate shut.

The “double lift” presents the ultimate challenge in these trials. In it, the dog first fetches one group of sheep, and on hearing the command “look back,” quickly scans the field and takes off to lift and fetch a second group. While a few of the dogs in the finals became hopelessly confused at this point, the top-scoring dogs made it look easy, the way any champion would. 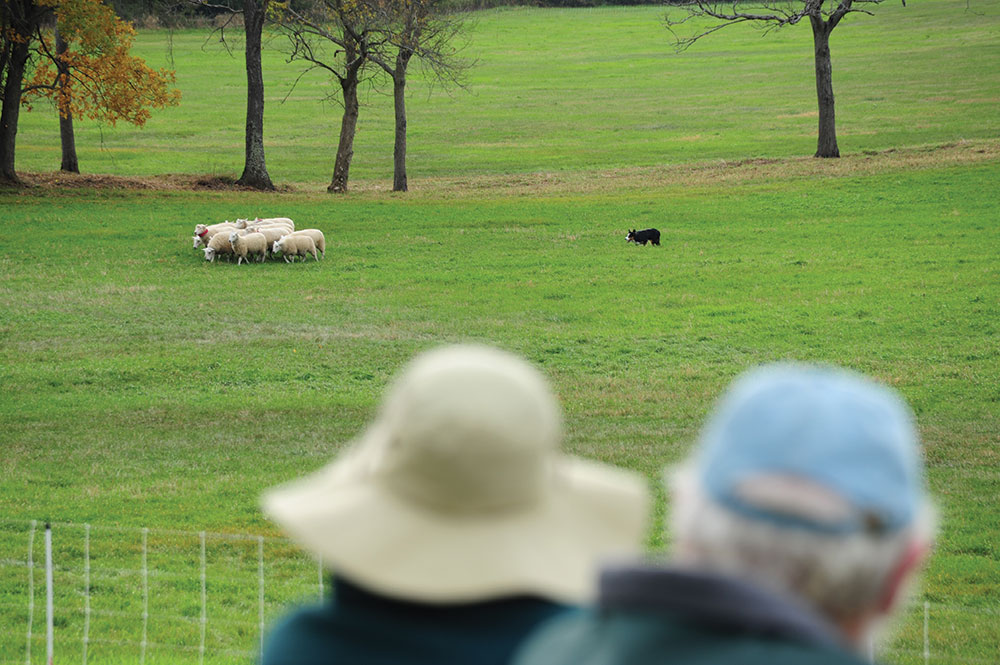