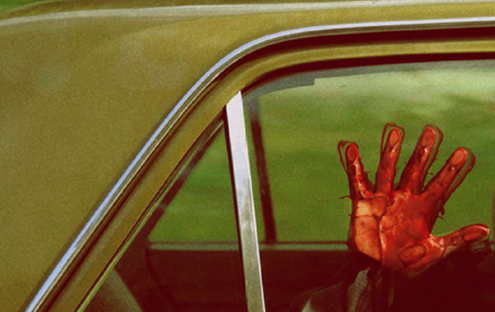 ‘Stray Bullets’ is a new film from 16-year old filmmaker Jack Fessenden. Horror movie fans will immediately recognize the Fessenden name, and, yes, Jack Fessenden is the son of filmmaker/producer/screenwriter/actor Larry Fessenden. Fessenden’s studio, Glass Eye Pix, produced the young director’s first feature-length movie, and a quick scan at the cast and crew list reveals that this is a true locally-made production.

Heralded by the Hollywood Reporter as “an enjoyably bloodsoaked thriller with unexpectedly lyrical interludes,” the movie tells the tale of two teenage boys living in upstate New York who, while cleaning out their deceased father’s mobile home, stumble upon three dangerous criminals in hiding. ‘Stray Bullets’ stars Jack Fessenden, Asa Spurlock, James Le Gros, Larry Fessenden, and a host of other local actors. Filmed almost entirely in upstate New York, the film is not Jack Fessenden’s first time at the rodeo. In fact, he has three other short films under his belt. Read more about Fessenden here, and Glass Eye Pix, which produces a number of films in the Hudson Valley/Catskills, here.

Where can you see it? It looks like its limited release on February 10th doesn’t include any theaters in the Hudson Valley or Catskills, but we expect to see it up here on the big screen soon. Meanwhile, if you’re in the city, catch it here in the east village. Or, if you happen to be in Georgia, you can see it here. Otherwise, look for it on iTunes and On Demand. Watch the trailer below: