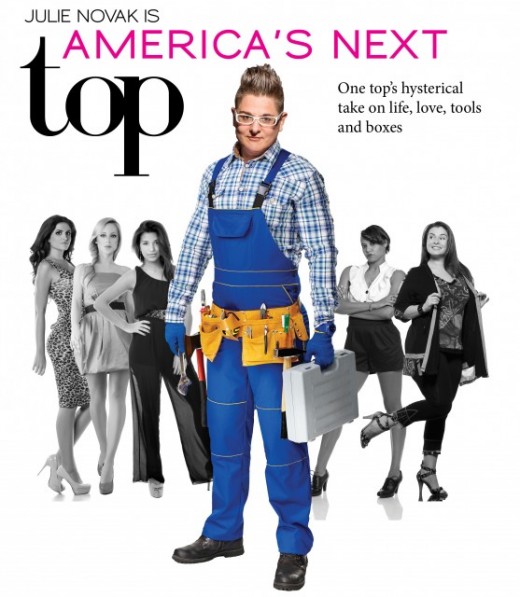 Look, up in the sky! It’s a bird. It’s a plane. It’s gender-queer superhero Julie Novak, delivering her genius “one-person” show, AMERICA’S NEXT TOP: ONE TOP’S HYSTERICAL TAKE ON LIFE, LOVE, TOOLS AND BOXES, to the NYC Fringe Festival.

City theater-goers are in for a treat in August, when Novak is scheduled for four performances of the hilarious and tender theater piece, directed by Eva Tenuto, at the East Village’s Under St. Marks theater—August 22nd, 24th, 27th, 28th and 29th.

A huge hit in the mid-Hudson Valley, the show is Novak’s mostly comedic first-person account of coming out, and of being what she describes as a “gender variant,” neither fully female nor male. Combining elements of stand-up, monologue and campy musical comedy, it’s just about the funniest and most entertaining way to examine important and very current subjects like gender fluidity, homophobia and discrimination, and the politics of queerness.

We caught the show last fall, when it was staged at Dixon Place, on the LES. It’s great fun. Novak is funny, charming, adorable, and an all-around great performer.

If you miss her at the Fringe, Novak will be back in the fall to perform again, this time at the United Solo Theatre Festival on Monday, October 12th.

Staging shows in Manhattan, even at off-off-Broadway theaters, can be prohibitively expensive. To offset the costs, non-profit Starling Productions, Inc. —founded by Tenuto and Novak, and which produces the TMI Project — is running a crowd-funding campaign on Fundly.com. Check it out here. 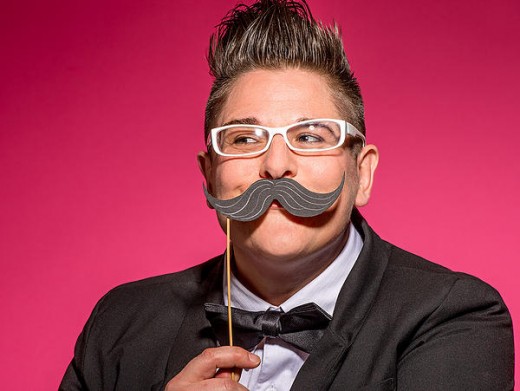