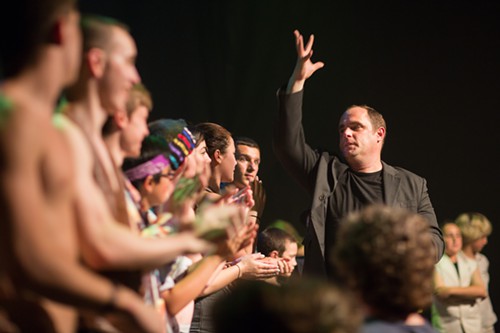 Prepare yourselves for some madness this weekend. Madness! I tell you…

Friday night at The Bearsville Theater in Woodstock, a cover band like no other is taking the stage for its inaugural show. Said band is made up of some real music legends, as well as some unbelievable newcomers. Better yet, for many in the audience, the songs the band will be playing are already completely and utterly known, perhaps even beloved or maybe just stuck in everyone’s brain after years and years of radio play. 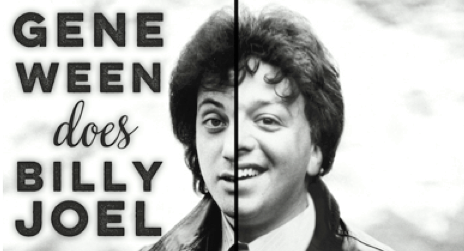 Yes the madman that is Gene Ween (AKA Aaron Freeman) apparently has a spot in his heart for the man from Oyster Bay. Aaron and friends have put together a KILLER band and on Friday, April 10th, and will debut this monstrously entertaining spectacular at Bearsville, doors at 8 p.m., show at 9 p.m.

How did this come about? Blame it on the radio…Aaron wouldn’t say much more than that, other than to offer that he was driving down Rock City Road in Woodstock one day when a Billy Joel song hit the airwaves. This inspired a call from Aaron to his pal, Paul Green (he of The Paul Green Rock Academy and, of course, School of Rock). Naturally, Paul said he was up for anything and the two of them put together a band and began rehearsals. Adds Aaron, “Our Billy Joel show is going to blow minds. We love Billy Joel and when you see us play, you will know it!”

Besides Paul on bass, Gene Ween Does Billy Joel includes Sean Brierty on guitar; Will Bryant on keyboards; Zach Djanikian on keyboards, sax and backing vocals (Zach currently is playing a month-long residency at the Theater on Thursday nights in April and people are going NUTS for him!); Peter Dougan on guitar, harmonica and backing vocals; and Dan Hickey on drums.

The show? The hits and only the hits. So it’s safe to say that this will be a major sing-a-long for all, about 90 minutes long. In addition to this first show, the band has a sold-out show on May 28th at Brooklyn Bowl, a second date at BBowl on May 30th and a May 29th date at Underground Arts in Philadelphia.

Opening for the band are the fantabulous Paul Green Rock Academy kids, which brings me to my next topic. PGRA just announced its AWWWWWWESOME assortment of weeklong summer camp intensives, for kids aged 3 up to 18. A full line up of the camps available is right here, but let me highlight a few for you. 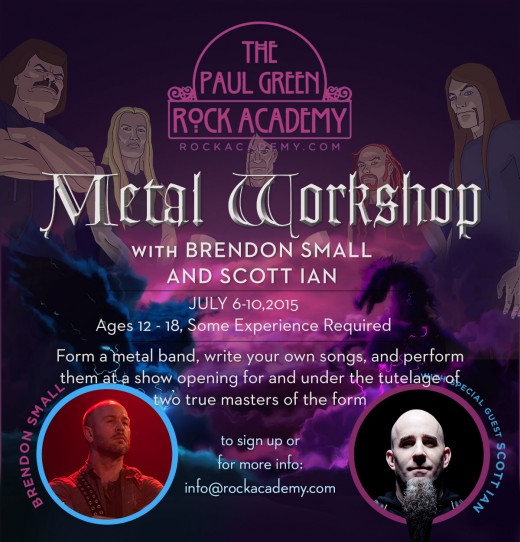 For starters, how about a Metal workshop with genre icons Brendon Small (Metalocalypse and Dethklok) and Scott Ian of Anthrax (oft credited with creating thrash metal)? Yes, children, up-close-and-personal, one-on-one instruction from the masters of metal themselves. This camp is open to kids 12-18 with some experience and will culminate with a show at BSP Kingston. Then, TWO camps with punk rock legends Bad Brains: jam camp with guitarist Doc Know and recording camp with bassist Daryl Jenifer, both for kids 11-18, some experience necessary. Got little ones? How about the “Small Green Rock Academy” with singer/songwriters Grammy-nominated Tracy Bonham and “IT girl” of family music Bari Koral? These sessions take place at the amazing fiberflame studio and accept children as young as 3 years old. Besides these fantastic offerings, there is percussion camp, music theory camp, vocal camp and more. AND, because you are such Lucky Duckies, YOU get a special prize. Mention “UPSTATER” when you register for any of the PGRA summer camps and receive 10% off the price. Nice!

OK, people, remember, Only The Good Die Young and rock on!