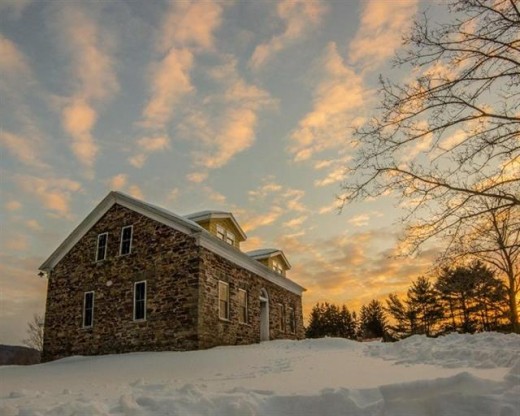 Even in poor condition, an 18th-century stone house is going to list for more than this in the Hudson Valley. Here’s a smaller one, although quite well-appointed, located in Stone Ridge listing for $650,000. This one in Lake Katrine is even better at a reduced price $325,000. There aren’t many stone houses on the market right now, which could drive the prices even higher.

Meanwhile, in the Delaware County town of Franklin, you’ll find this restored c.1789 stone house listing for less than $250,000. It’s one of the oldest in Franklin, but the inside looks brand spankin’ new, except for the exposed stone walls, original ceiling beams, and support pillars, which are all delightfully antique. Keeping the floorboards light and polished, in addition to the myriad windows, give the 2100 sq. ft. interior a bright, modern feel.

A smattering of old photos included in the listing depict the house before it was added onto later, and, intriguingly enough, a photo of photographer Lewis Hine was included amongst them. A quick Google revealed that the Depression-era photojournalist had ties to the Franklin area and is buried at the Ouleout Cemetery in town. Was this stone house his purported Catskills studio? He did take photos in Franklin. He also took this iconic photo: 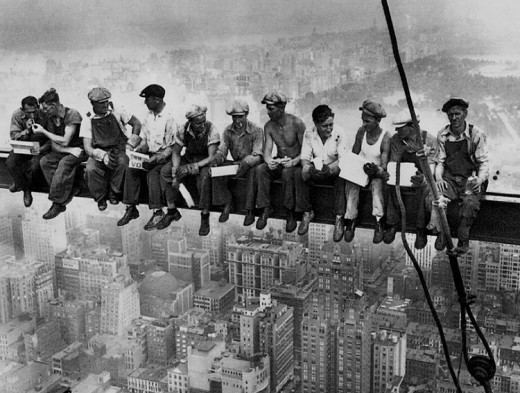 Quite appropriately, the house is pretty as a picture and sits on over an acre of pastoral land in the western Catskills. Worth a look in our book. 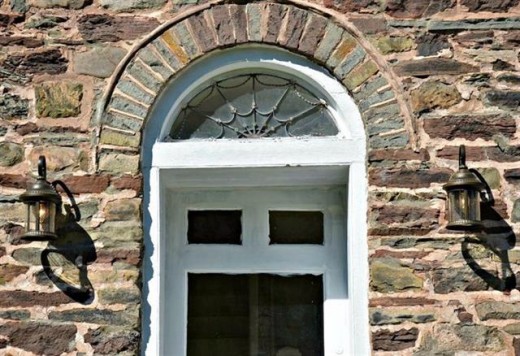 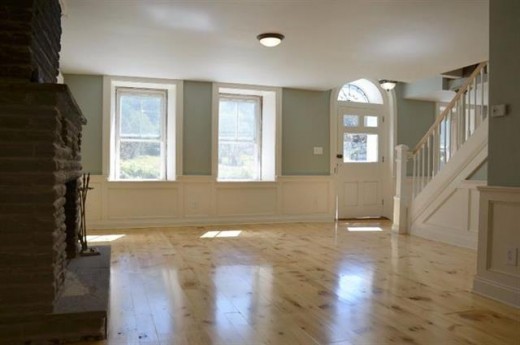 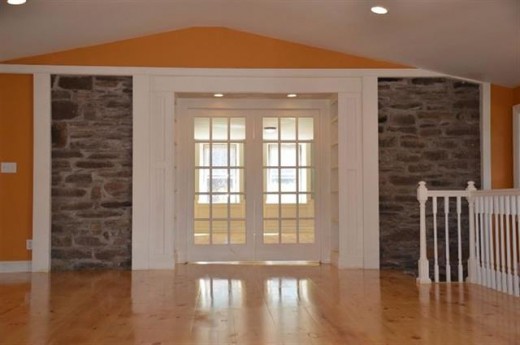 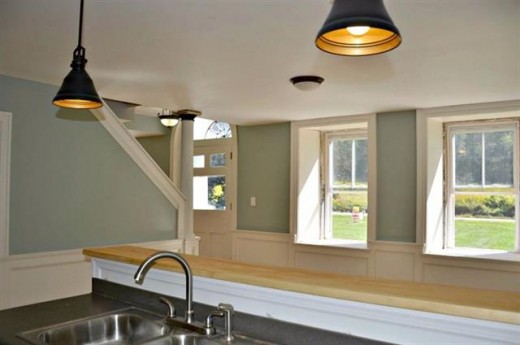 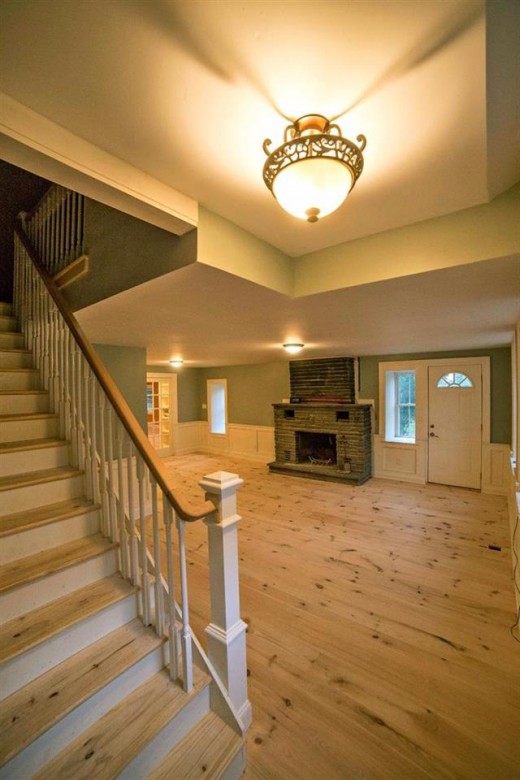