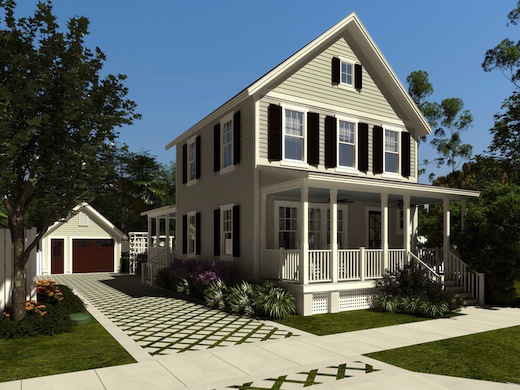 Warwick Grove is a “Traditional Neighborhood Development” in Warwick — meaning it has all the ingredients of an old fashioned small town: sidewalks, population density, porches (stuff that dominates in Upstater’s original hometown of Saratoga Springs). But it’s also the site of the “New Economy Home,” a modestly-sized take on the folk Victorian: four bedrooms, three-and-a-half baths tucked into 1,771 square feet. It’s designed to be somewhat flexible in floor plan and efficient in energy use.

Currently there are two New Economy Homes for sale at Warwick Grove, starting at $369,000, as well as a number of other revivals of traditional architectural styles, mostly Georgian- and Federal-inspired in the $500,000 range.