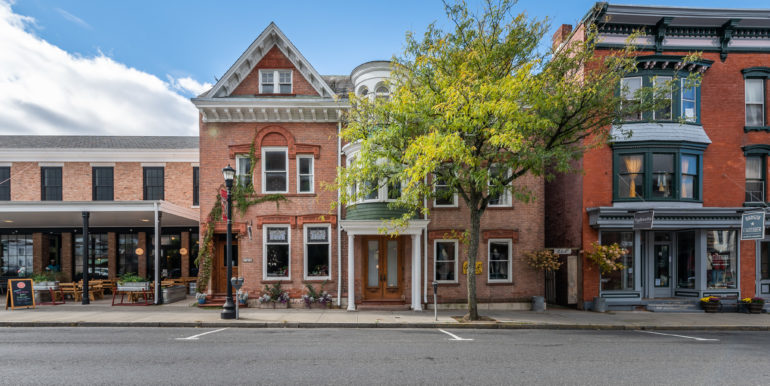 Ready to take a tour of this Hudson brick building? Don’t forget to look up.

If you’ve ever taken a stroll along Hudson, NY’s Warren Street shops and businesses, you’ve likely walked by 445 Warren Street. Maybe the double front doors made you pause and take a closer look…and who could blame you? 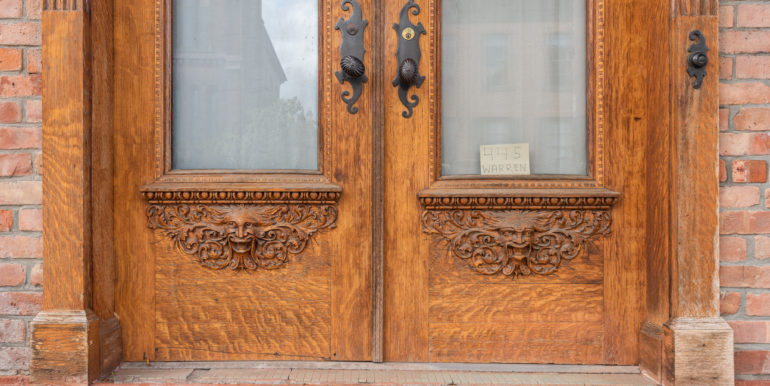 But, the entryway is only one detail of this c.1865 brick commercial/residential building that begs you to take a closer look. Originally built as two separate buildings and lots, the properties were paired in the 1880s by Hudson architect Henry Moul (he also designed the original Columbia County courthouse, which burned down in 1907, and it’s also been said that Henry may have actually resided in 445 Warrent Street at some point).

This building’s ceiling game is on point… 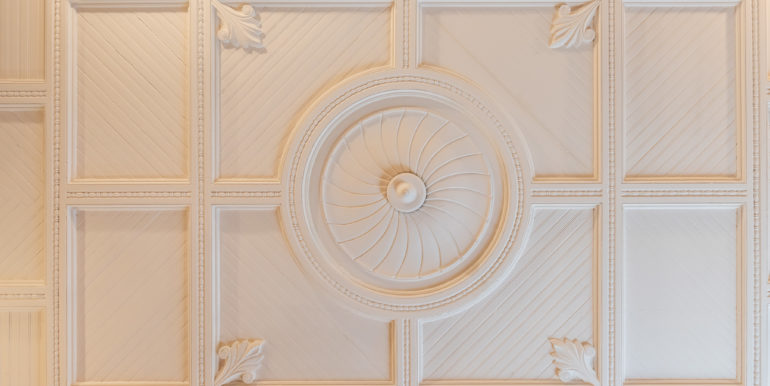 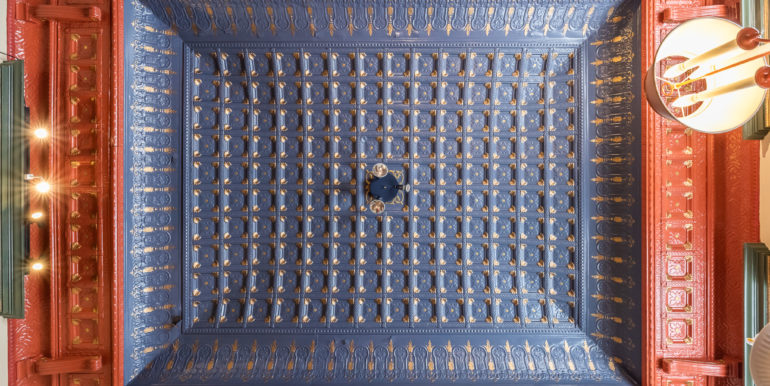 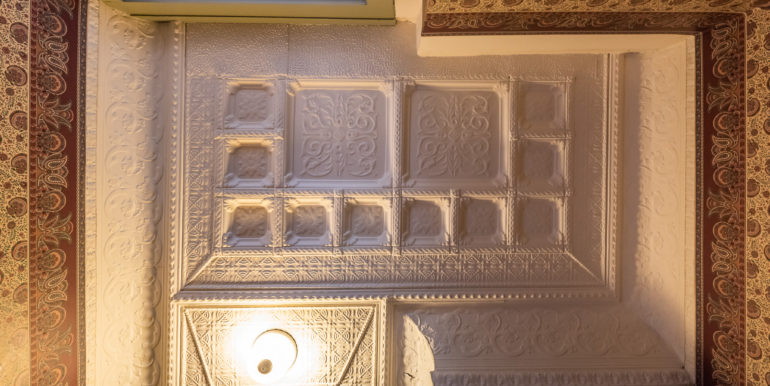 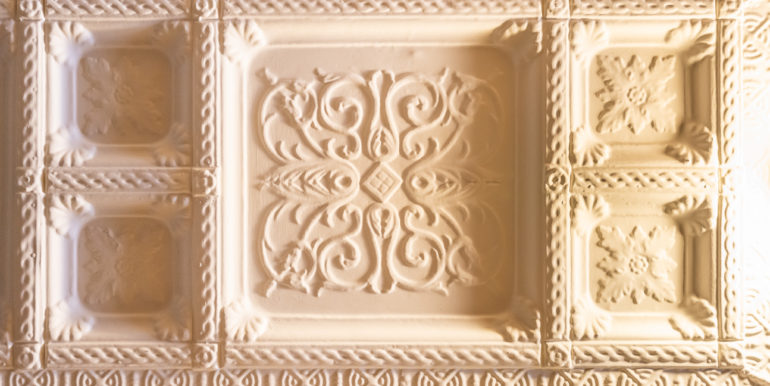 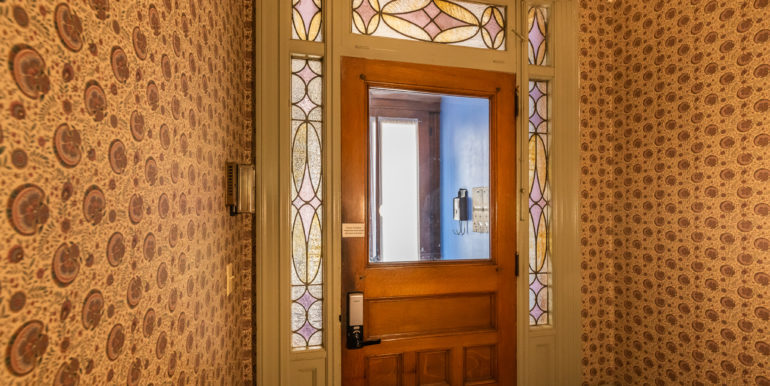 …not to mention the eye-popping stained glass windows… 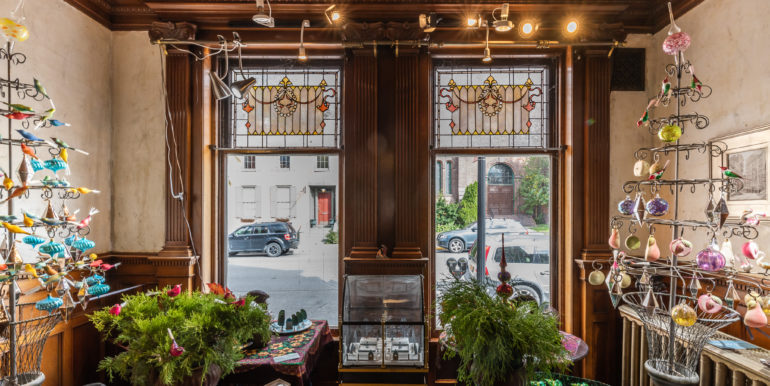 According to the listing, the building consists of two Airbnb apartments and two retailers on the ground floor in a high-visibility spot on Warren Street. The three-story oriel windows were remodeled in 2013, and that renovation also included reworked cornices, scraped and re-pointed brick, and replaced custom-curved windows. The local historic preservation commission approved the exterior renovation, with the use of 1880s photos as guide.

Meanwhile, the 5,200-square-foot interior comes with updates like new electrical service, plumbing, and refinished hardwood floors, which were revealed after carpet and linoleum removal. 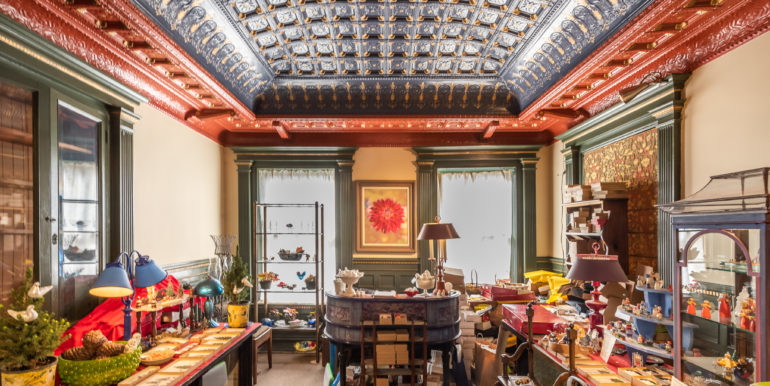 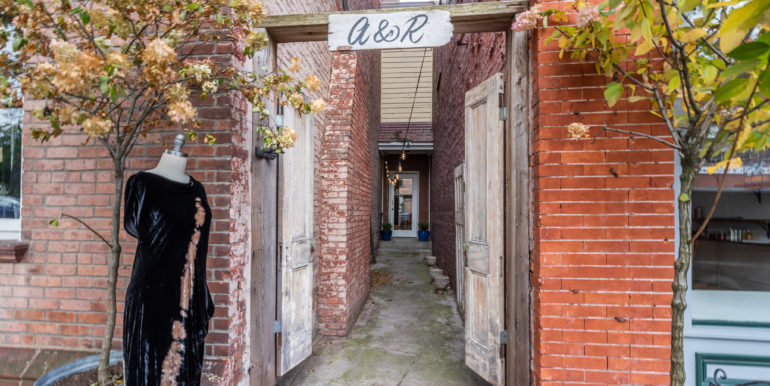 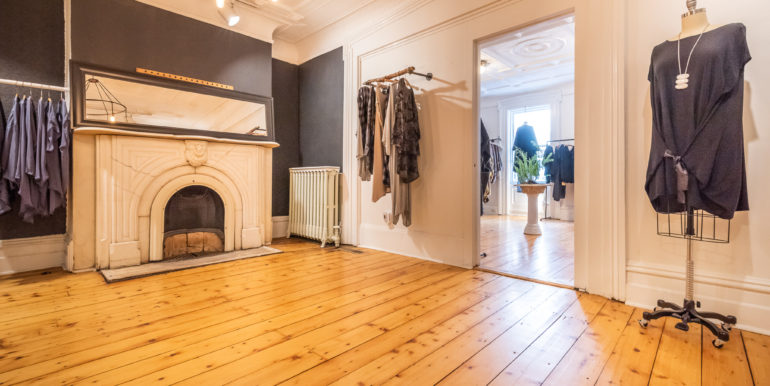 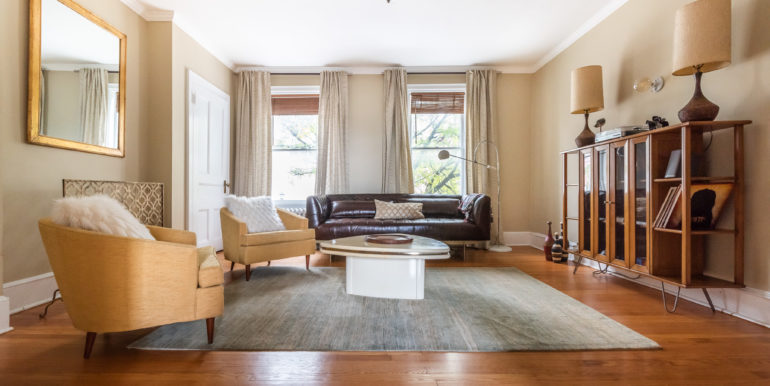 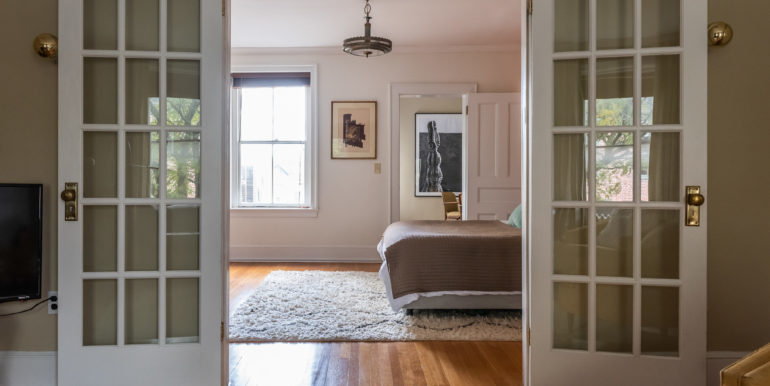 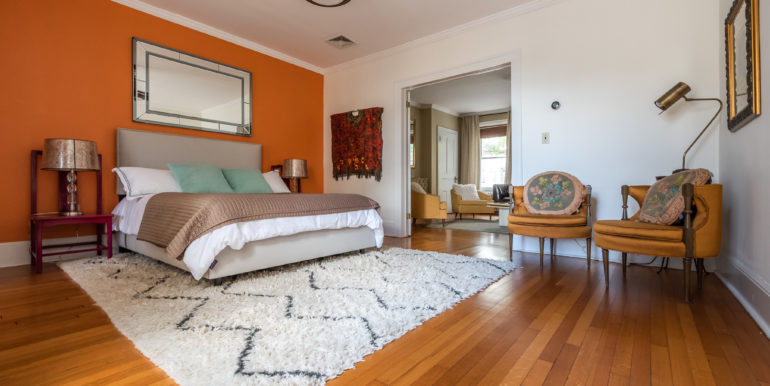 Looking to invest with this stunning Hudson brick building? Find out more about 445 Warren Street, Hudson from Tri-Hudson Realty.