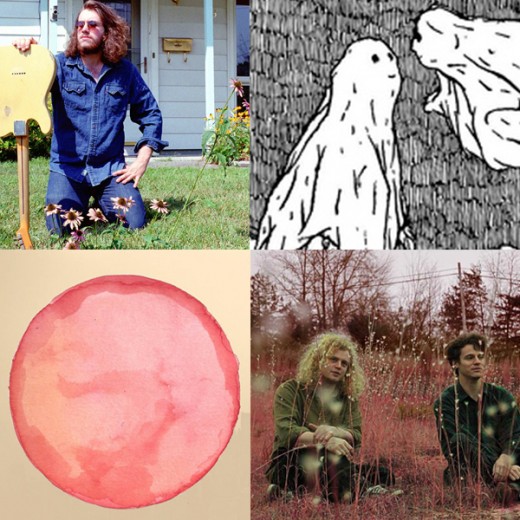 At BSP Kingston we host 200+ shows a year in addition to film screenings, dance classes, etc., so it’s safe to say we have seen our fair share of local talent over the last couple of years. This list focuses on new music (mostly released within the last six months) that has attracted the attention of those music nerds outside of the Hudson Valley. There are lots of great bands in our area (one glaring omission here is the sludge-rocker group It’s Not Night: It’s Space, who have spent the better part of two years preparing their next release for Small Stone Records. PALM, The Grape and The Grain, and plenty more also come to mind), so this is meant to be an introduction to a blossoming music scene. Dive in, stay a while, and for God’s sake buy some music/pay to see a band live!

[One thing I will not pretend to know is the local hip hop and hardcore scenes. There are some really vibrant collectives for both: see Hudson Valley Hardcore for all things heavy, and Flood The Valley, who have attracted the attention of Mass Appeal + The Hundreds with their curated hip hop/street art parties.]

It’s been about four years in the making, but Breakfast in Fur’s debut LP Flyaway Garden is finally here! Well, almost – you can pre-order the CD/vinyl here (out 2/3). They’ve landed on one of the most reputable indie labels of the last twenty years, NJ’s Bar/None Records, and I can easily see their jittery indie pop sitting nicely with flagship Bar/None acts like The Feelies and of Montreal. The rest of the record is a bit dreamier than “Shape,” but the track a great candy-colored caffeine rush to lead off with. Mike Hollis’s Television-esque guitar acrobatics leading into that dense, tense outro is a moment that most bands are searching for their whole career.

Also worth pointing out: Breakfast in Fur have had a substantial influence on this Hudson Valley scene…even some of the bands listed here. I’ll give you an example: when I was just starting to bring “bigger” bands to play in Kingston in early 2012 (namely, Man Man + O’Death), Breakfast in Fur were the band I immediately knew I wanted to have open. Beyond having a good following (and the fact that I happened to be a huge fan), they’re the type of band that I knew could stand up musically to an established artist, and in some way, I felt like they were local ambassadors for those coming in to the shows from out of town.

It was a pivotal moment in early 2014 when one of the biggest music blogs in the world, Pitchfork, turned its attention (without a publicist, record label, or…anything) to No Valley, the project of then-Beacon resident Wayne Memmer. Wayne is no stranger to the music scene in these parts – he was involved with both Neon Glowworms and Vacation in recent years. His signature strung out voice, and slightly more strung out lyrics (“I’m good at messin’ with your mind/I can get you to play with knives”) are front and center on “Charlie Don’t Surf.” The track has garnered over 25k plays on SoundCloud alone, and its popularity marks the first time in recent memory that a Hudson Valley born-and-bred act has broken through to gain national attention.

What Moon Things could play a football stadium and Jake Harm’s guitar amp would still be too loud. Their 2014 self-titled release (which has landed them on Grand Jury Records) certainly thunders along, but it’s always the spacious, more melodic moments that keep me coming back to their music. “The Astronaut” is a perfect example, with Harms riding the edge of a scream for most of the song, and drummer/co-writer John Morisi hammering out a no-frills back beat. This track & album landed them on a few year-end lists, including one of my all-time favorite music blogs Coke Machine Glow. Expect big things in 2015.

The photos featured on the cover to the new QBs record (out 2/10 on Team Love Records) say it all: across its 19 tracks and 22 minutes, the album serves up little anecdotes, snapshots of a day or a moment (“I was in the backseat/Swimsuit dripping” on Pool). And while the lenses seem to be zoomed in, Engle has a way of dropping a moment of universal truth, usually at the end of a track just before one last out-of-tune guitar twang. On the much-lauded “Center” (see praise from Pitchfork, The Fader) it’s a real killer: “I recognize that love is mostly situational.”

One of the real pleasures of booking is watching artists develop and grow. About two and a half years ago, I was really excited to present a night of electronic, post-dub music from a group of college kids who went by the name Makoshine. Among them was Photay, aka Evan Shornstein, who is an excellent drummer, and had played a few other shows at BSP in various local bands. His set of sexy, west African-influenced IDM tracks were a standout, and I’ve had him back numerous times over the years. “No Sass” has all the slinkiness and jazz swagger of FlyLo’s Hyperdub output, built on some gentle horn samples and grinding low end. The track has made it to clubs/parties around the world (hence the 200k+ plays), and after wrapping up his last semester of college this spring, a US & EU tour seems in order for Evan.

Two dudes, Seth & Preston, came to Bard College from the Pacific NW with a few bedroom pop ideas and an understanding that sometimes the worst band names are the best band names. Fast forward a few years, and O-Face are one of the best live bands around. In the tradition of K Records (think The Microphones, The Softies), these guys hide their hearts on their sleeves, careful to be vulnerable without taking themselves too seriously.

Well, you might be surprised to see Woodstock’s prodigy gunslinger guitarist Connor Kennedy on this list, but give “Holy Grail” a spin. Its warbled keyboards and alt-folk swagger are everything that can be right about Americana. I’m talking Gram Parsons, Big Star, “Wild Horses,” and the five mountains who cast their shadows on this entire valley, The Band. More than any other artist on this list, Connor is one you can hear developing.

Definitely the youngest/newest band on this list, Diet Cig have exploded out of the New Paltz DIY scene in just the past few weeks with a “Band of The Week” pick from Stereogum that has launched them into the blogosphere and garnered them a shout-out from Rolling Stone. The song is simple enough; it’s a call to forget “scenes,” hooking up, and lists like this one. Debut EP Over Easy is out on Father/Daughter Records next month.

OK, full disclosure: I play drums with Shana Falana! But I was a fan even before I was personally involved. Shana has a way of saying a lot with a little; my favorite track from her 2011 EP In The Light was “Yeah Yeah,” a glimmering sing-along where the only words are “Yeah Yeah” repeated over and over again. Her full-length debut is slated for April (also on Team Love Records), and among its ten psych-rock tracks is “Heavenstay,” which premiered on Vice’s Noisey blog just Friday. All of her signature sounds are still there (reverb on reverb on reverb), but there is a presence to this track that is decidedly ‘pop’ compared to her previous output. Maybe it’s the hook, the brevity of the song (which clocks in under 2:20), or just the soaring vocals on the (aha!) wordless chorus, but Shana seems to have found an indie-rock sweet spot.

It would be impossible to talk about the burgeoning Hudson Valley scene without talking about these guys. Battle Ave (who for a short time went by Sleepers Bells) put out a record in 2011 called “War Paint” that is just about the heaviest, most unnerving indie record to come out of these parts. As a huge Clap Your Hands Say Yeah fan, singer/songwriter Jesse Alexander’s yelp is a familiar and powerful weapon, and paired with Adam Stoutenburgh’s razor sharp guitar squeals, their songs have a way of freaking out, cooling down, and deconstructing. On the new “Also in Tubs,” half of split 7” with Kevin McMahon’s Pelican Movement project, Jesse sings in hushed whispers, floating above a textural waltz. The most noticeable difference from their previous work is the lack of a freak-out. And so “Also in Tubs” feels more like a song song, moving from section to section with ease, never pulling the rug out without warning, and it even has some great harmonies from honorary member Sandy Davis (see her project Pecas).