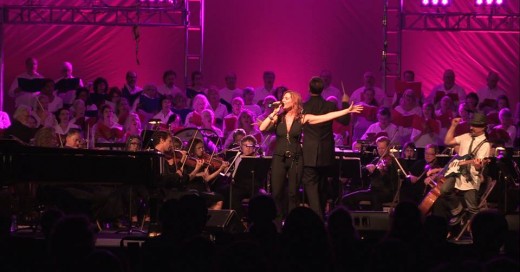 The Phoenicia International Festival of the Voice just ended its sixth season of glorious music, fabulous performances, dedicated entertainers, and an ever-devoted and committed public. The festival took place this past weekend with over thirty events hosted in eight venues. Several operas were performed, and a couple of new works premiered at the festival this year.

Composer Robert Cucinotta, who also serves on the Board of Advisors for the festival, premiered his latest work MASK: The Tempest during the American Classics: Live and In Person event, which took place on the third night of the festival.

“The masque was a form of festive courtly entertainment written to honor a particular occasion,” says Cucinotta. “Inspired by Shakespeare’s use of the form within many of his plays, I composed my MASQUE: The Tempest as a short dramatic diversion within Friday night’s AMERICAN CLASSICS showcase of American vocal works,” he added. Written to honor the Festival of the Voice, the work was performed by bass Bradley Smoak, mezzo-soprano Maria Todaro (one the festival’s founders), and pianist Douglas Jay Martin. Cucinotta was pleased to join fellow composers Ricky Ian Gordon and Peter Schickele, soprano Lauren Flanagan, and bass baritone Keith Phares in this celebration of great American music. Friday night was also a blue moon night. “It was a very special night,” Cucinotta added. 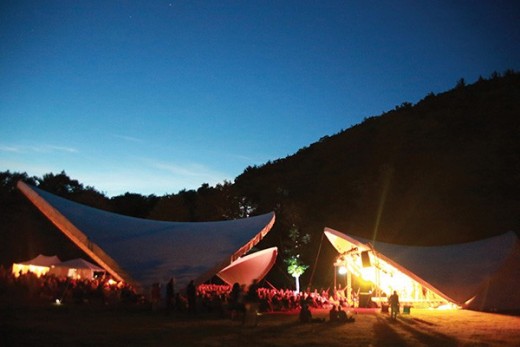 Composer Robert Manno, who premiered his opera Do Not Go Gentle – The Last Days of Dylan and Caitlin at the festival last Saturday, remarked during the open forum that followed the performance that premiering a new work is like a child growing up, and no longer belonging to you. Once performed, the opera belongs to the public, Manno added. David Wroe, who conducted Do Not Go Gentle, said that this experience was for him extraordinary. “Extraordinarily pleasurable, I might add. But it made me a little nervous, because I was given someone’s baby. I did not want to drop it. But I felt great responsibility to care for it, to nurture it, and to present as close to the idea that Robert [Manno] had.”

Baritone Jeffrey Tichenor, who performed Dr. McVeigh in Do Not Go Gentle, said that it wasn’t until the cast started to rehearse as a group that he realized what a pivotal role Dr. McVeigh played. He and Dr. Gilbertson were the ones trying to convince Dr. Feltenstein that his diagnosis of Thomas was incorrect. “The scene between the three doctors was quite intense,” he explained. Tichenor felt that there was an immediate genuine rapport between the composer, the conductor and the cast. “The cast was absolutely top notch and professional, and bonded right away,” he explained. “There was a great sense of camaraderie to come together and really make the opera happen and shine.” 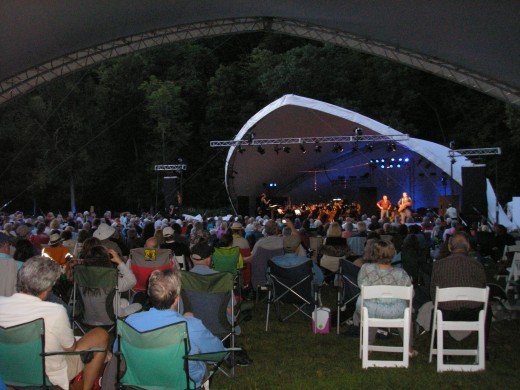 Tichenor added that he felt fortunate to live in a community that has a world-class festival less than thirty minutes from his house. Looking forward to next year, he’d love to perform Brahms’ Liebeslieder Waltzes with a great quartet or octet or perhaps Bach’s cantata for baritone Ich habe genug!.

Sharon Reich, who worked with the festival this year, felt that the event was greatly supported by the business community. “Businesses love to support the festival, because it brings people here. It’s a win-win for everyone. Concert-goers enjoy being outside, and enjoy the country atmosphere. And while they’re here, they also venture into other communities,” she added.

Looking forward to next year!