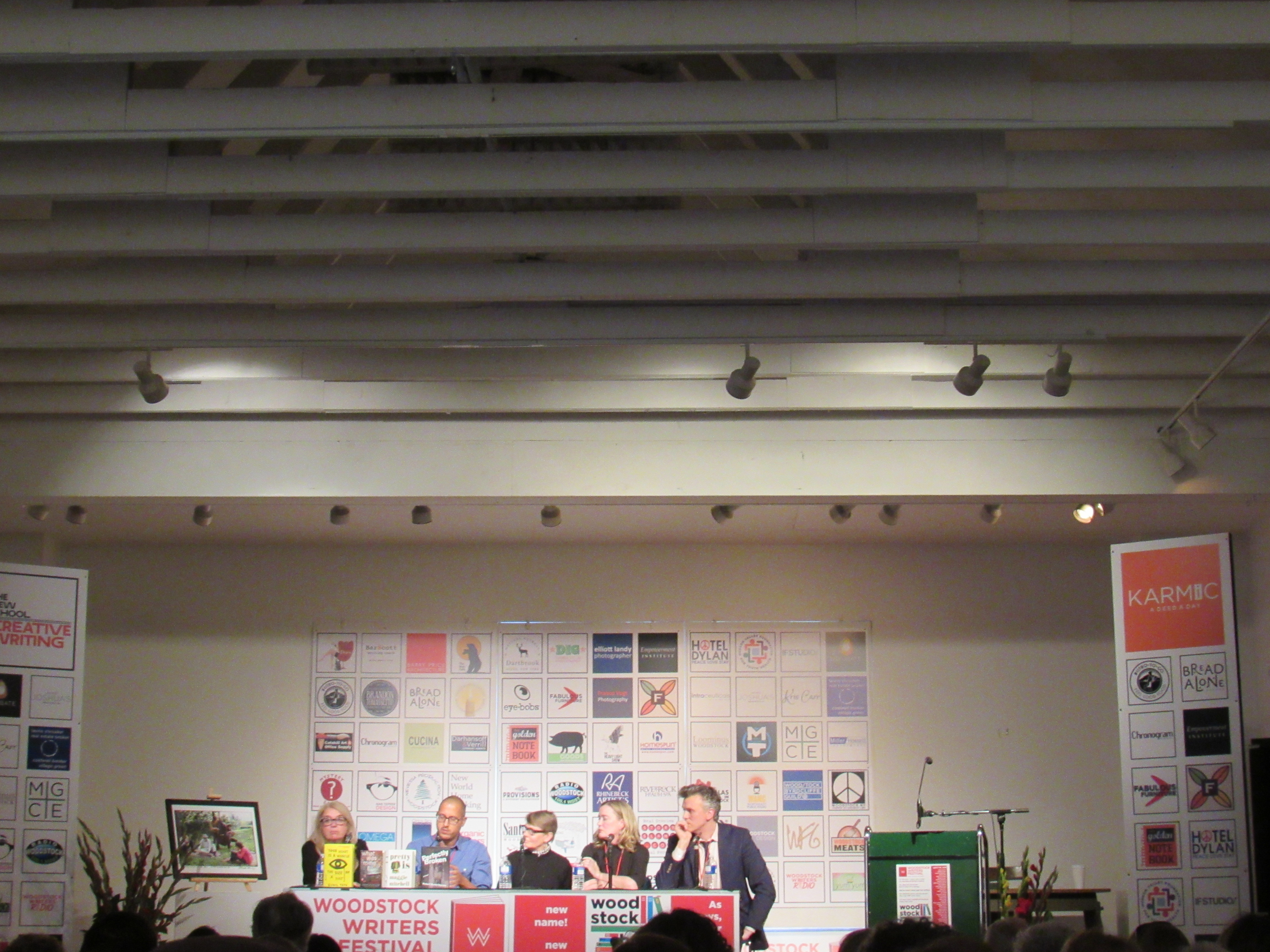 Woodstock Writers Festival just concluded its seventh season earlier this month: the festival took place between April 7 – 10 at various locations throughout town, and brought in writers of the highest caliber, as it does every year. This year the festival was co-sponsored by The New School, which also ran a Twitter contest throughout the duration of the festival, and asked participants to tweet their best Six Word Memoir, using the hashtag #6wordmemoir. Winners were offered the opportunity to be published on The New School’s Creative Writing program blog. Luis Jaramillo, the program’s director and author of The Doctor’s Wife, published in 2012, spoke at the festival. Jaramillo, who attended the festival for the first time this year, talked about The New School’s mission to “educate the educated.”

Ann Hood, who teaches at The New School, and is the author of six works of fiction, including An Italian Wife, published in 2015, moderated the Fiction Panel called “What If?” Panelists included: Maggie Mitchell, author of Pretty Is, published by Henry Holt and Company in 2012, Helen Klein Ross, author of What Was Mine, published by Simon & Schuster in January 2016, Sunil Yapa, author of Your Heart is a Muscle the Size of a Fist, published by Lee Boudreaux Books in January 2016, and Robert Burke Warren, whose debut novel Perfectly Broken was published by The Story Plant in March 2016.

Yapa explained how a work of fiction starts: it starts with someone making a bad decision. He revealed how a writer’s obsessions shape his or her work, and made a remark reminiscent of Ezra Pound’s famous assertion that “the artist is the antennae of the race.” Yapa knew that he was a writer when his laptop was stolen, and had to re-write his book. Asked about plot versus character development, particularly when it comes to teaching fiction, Yapa argued that “a good plot is just character in action,” and that “the two are really intertwined.” Character is revealed by having the character doing things, he added.

All the panelists were asked about their road to publication – the four panelists had four different stories to tell. Warren met his publisher at a party in Woodstock. Mitchell had a more methodical approach: she started by googling “how do you get a literary agent?” and then googling “how do you write a query letter?” Her manuscript was accepted on the first day she sent out query letters to six agents. Ross said that her experience was quite different, and that it took her a really long time to find an agent. She started by approaching friends and friends of friends, and people she met at workshops. Her advice to writers was to look at books that were similar to theirs, and see who published them. Yapa said that he was lucky, because it took him six years to write the book, but sold it in forty-eight hours. Asked about his opinion about self-publishing, Yapa said that publishing a book is ultimately a way to connect with readers, and that self-publishing is one way to do so. He advised however against self-publishing as a way of avoiding the gatekeepers, because gatekeepers really do play a role in polishing a manuscript.

Martha Frankel, the executive director of the festival, said that the festival was fantastic this year, with lots of people attending, and lots of people coming prepared with questions, and having set clear goals; there was a lot of networking, a lot of positive energy. For instance, Mary Norris, the copyeditor of The New Yorker, attended the festival this year. The stories presented at the Story Slam competition were of the highest caliber. And The Recovery Panel hosted on Friday evening engaged the community in a way that it hadn’t been done before. By hosting the Recovery Panel this year, the festival tapped into yet another arena, and began addressing social issues that are important to the community. Next year Frankel said that she was thinking about hosting a Panel on Autism, and that she was already doing research and networking to plan for that.

Next year the festival will be renamed Woodstock BookFest to signal a stronger connection between readers and writers. The festival will take place on April 6 – 9, 2017. For more information, visit http://www.woodstockwriters.com/.